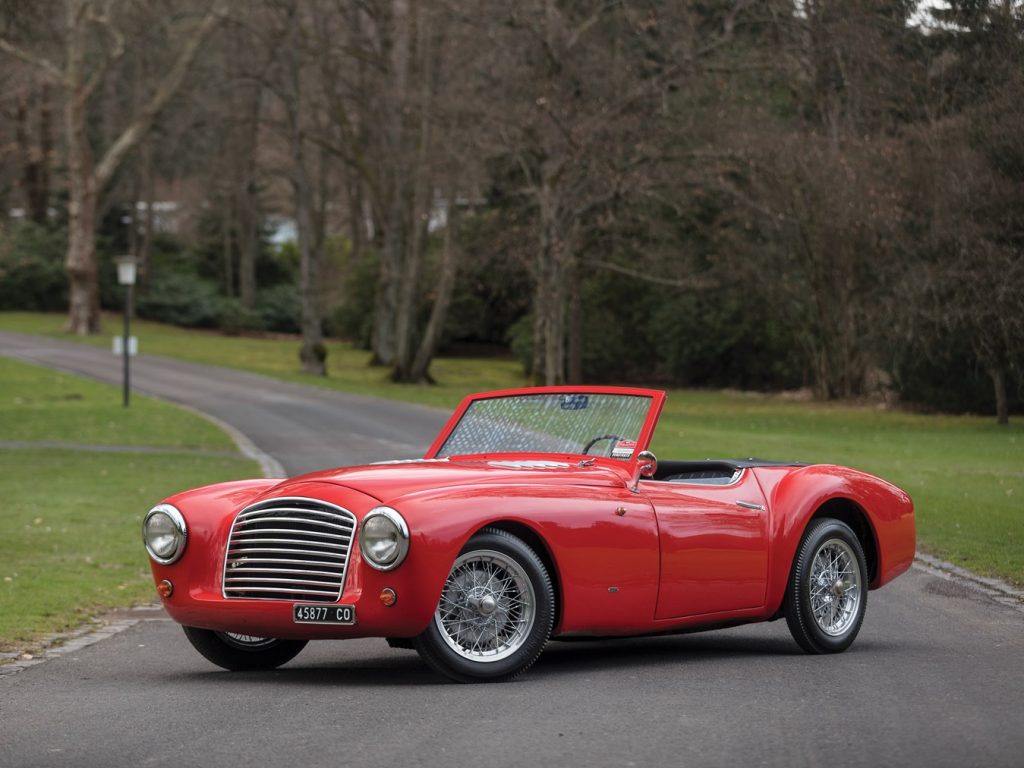 Gilco is a magical name for all those who are enthusiastic about early, post-war motor racing. The firm was known primarily for its excellent work supplying the chassis for Alfa Romeo, Ferrari (from 1946–1958, during which time he helped to produce their first grand prix car), Stanguellini and Cisitalia. Gilco (an acronym for Gilberto Colombo, the founder) was an extraordinary company. Its activity began in 1946, when the company began producing tubular chassis for small 750-cc and 1,100-cc “Sport” class motor cars, which were lightweight, small displacement racers with open bodywork.
In 1949, Gilco produced the 205MM type chassis, with the intention of fitting barchetta coachwork in order to race at the Mille Miglia. This project was later changed as the prototype of a small series of 50–100 cars all to be produced in a spider form. Eventually, only one chassis was produced and was bodied by Zagato in the form of a lightweight spider. With the chassis number issued by the Milan Motoring Authorities, this unique Zagato-bodied spider was later sold on 23 June 1951 to its first owner, Mr Lucio Grunzweig, with the license plate MI 166314.
Recorded in John de Boer’s Italian Car Register, the car’s current owner purchased it in central Italy about three years ago. Not in drivable condition at the time of purchase, he imported the car to Germany, and Robert Schramm in Oberursel returned it to road-worthy condition.