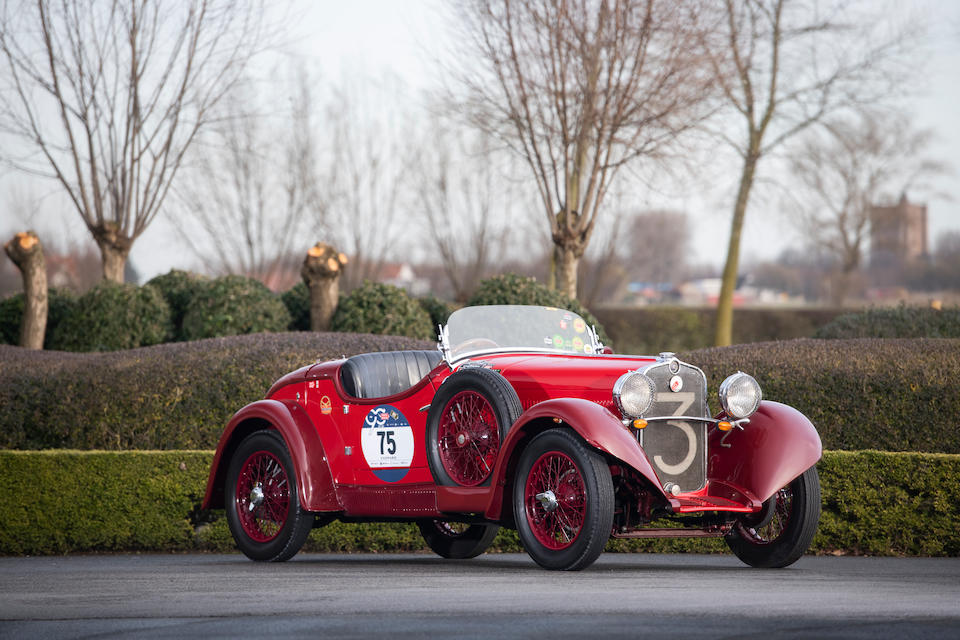 Although FIAT would turn its back on motor racing in the early 1930s, concentrating instead on the expansion of its road car range, in the late 1920s the Milanese manufacturer was still in the business of producing sporting cars for sale to its more enthusiastic customers. Its most successful design of the decade had been the Tipo 509, a model that dominated the Italian small-car market.

FIAT’s smallest-ever car when announced in October 1924 at the Paris Salon, the 509 was in essence a scaled down version of its larger siblings and thus not as small as many rival designs. It was however, exceptionally well specified, having an overhead-camshaft engine, 12-volt electrics and four-wheel brakes, advanced features not usually found on ‘economy class’ cars of the period. The 990cc four-cylinder engine produced 20bhp and drove via a four-speed gearbox, while the robustly built chassis featured semi-elliptic springing all round and torque tube transmission to the live rear axle.

The 509’s Tipo 514 replacement, introduced in 1929, used a simpler and more powerful 1.5-litre sidevalve engine. Mechanically, the 514 was entirely conventional by the standards of the day, just like its 509 predecessor, boasting semi-elliptic springing all round, a four-speed gearbox, and four-wheel mechanical brakes, the adoption of hydraulic brakes part way through production being the most important technological development.

Alongside the standard model FIAT introduced a trio of sporting roadsters: the 514 S, 514 MM and 514 CA, ‘MM’ signifying Mille Miglia and ‘CA’ Coppa del Alpi (Alpine Cup). The 514 S and 514 CA used the standard-length (2,555mm) wheelbase chassis while the MM used the longer (2,770mm) frame shared with the 514 van, which enabled the fitting of more generously proportioned coachwork. All used engines tuned for greater horsepower, the 514 S having a 34.5bhp unit while both the MM and CA came with 37bhp on tap. Top speed of these faster models was in the region of 112km/h. Production of the Tipo 514 ended in 1932 after 36,970 of all types had been built.