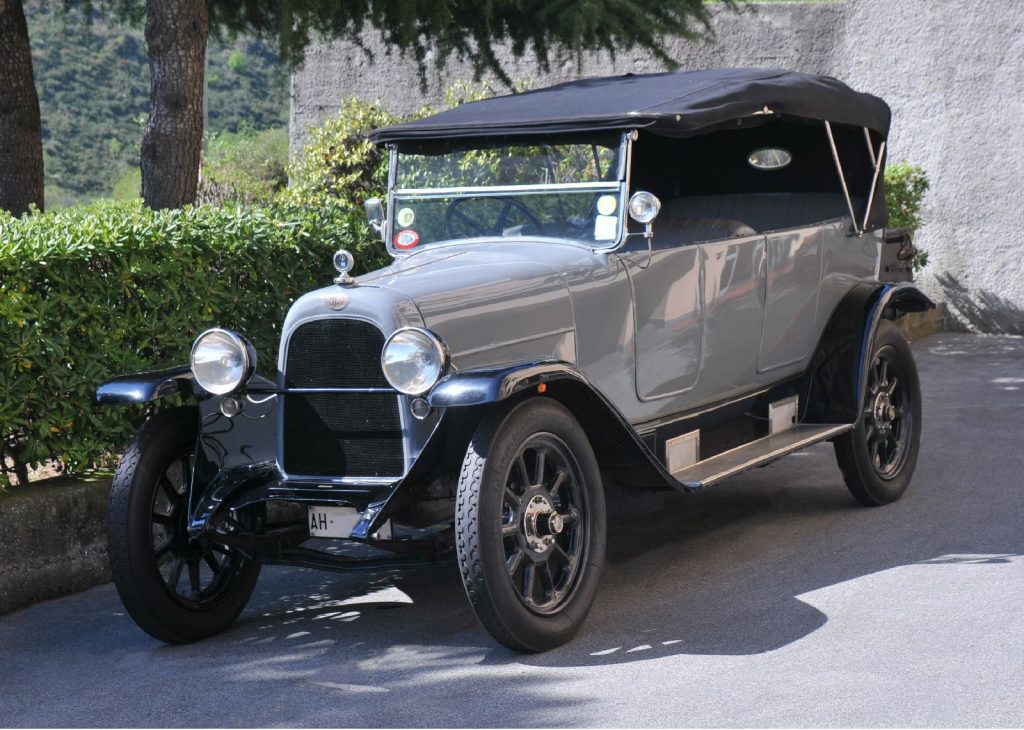 The Fiat 510 is a car of high range produced from 1919 to 1925. Was sold in a total of 13,577 copies, of which 414 copies of the model 510S, it was the sports version with short wheelbase, engine boosted to 53 HP compared to the 46 HP version of the Torpedo, and some variety of styles and techniques such as the radiator separates wind.

The “510” was the first car in the world to have the brakes also on the front axle. He had a four-speed manual transmission. Motor type 110 six-cylinder in-line with side valves and single carburetor, engine capacity of 3.446 cc that developed a power of 46 HP. In Italy the Fiat 510 that currently exist, should be about six exemplars.
The car shown here is an important FIAT 510 TORPEDO produced in 1923, and until 1929 used on several occasions by Victor Emmanuel III, KING OF ITALY from 1900 to 1946.

Photographs of the time (provided by the Fiat Historic Register) testify to the King of Italy aboard this Fiat 510 Torpedo during his visit to the new workshops of Fiat Automobili at the Lingotto (Torino-IT), on 22 May 1923. On board the vehicle, in addition to His Majesty Vittorio Emanuele III, there were the General Diaz (Secretary of War), and the Commendatore Agnelli, President of FIAT.

Later in 1929 the car is sold with a license plate “MI” (Milano). Between the years 30/40 is sold, changes license plate “PV” (Pavia), bearing the symbol of fascism. The license plate is still exists and is supplied with the car.