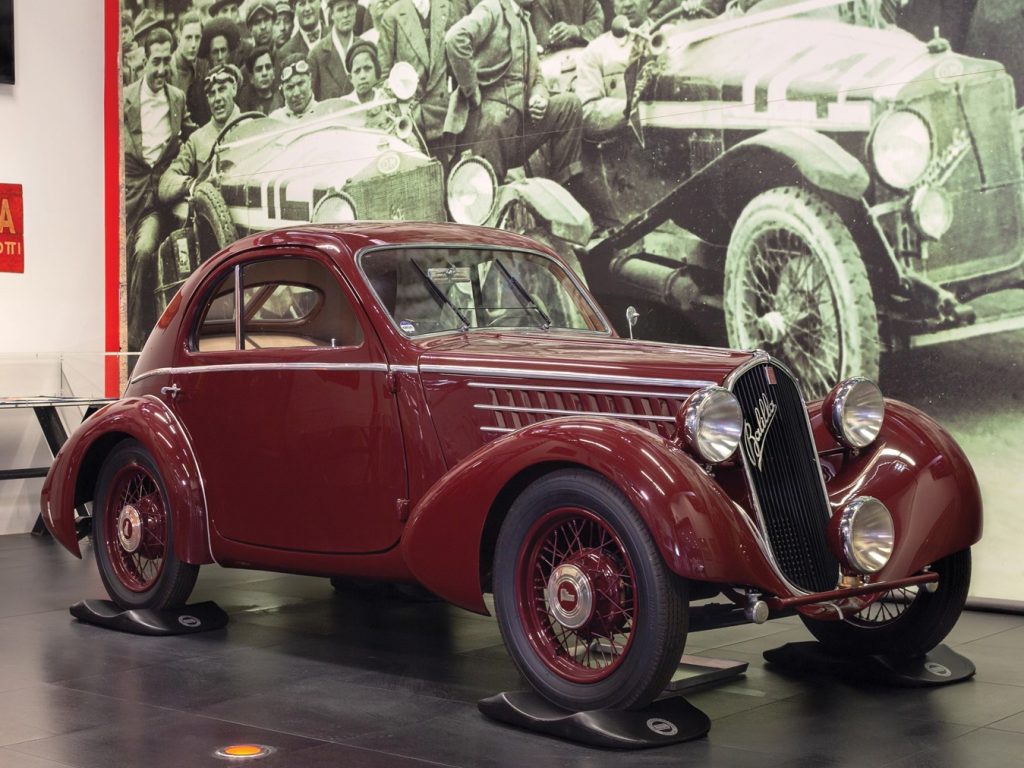 Regarded as Italy’s first genuine subcompact automobile, Fiat’s 508 holds an important place in the country’s automotive history and was developed by some of the country’s best engineers. In 1934, Fiat sought to build a competition car based upon its successful Balilla Coppa d’Oro to be used in rallies and other events yet desired a closed car to combat foul weather early in the season. This lovely car was the result.
The Berlinetta Aerodinamica was a very rare style, designed by the famed Mario Rivelli de Beaumont, tested in the aerodynamics labs of the University of Turin, and built by Fiat’s own Carrozzeria Speciale. It was built on the 508 CS chassis with a revised cylinder head and new carburettor, providing 36 hp, as well as a four-speed gearbox and modern hydraulic brakes. Only 11 examples of the style were produced, and this example is the only surviving example known with original Mille Miglia history.
Chassis no. 076019 was built in 1935 and originally delivered to Francesco Borgo of Venezia. It was subsequently sold in January 1936 to Alberto Comirato, who participated with his wife, Lia Dumas (‘Queen of the Mille Miglia’), in the 1936 Mille Miglia, where they finished 2nd in class and 14th overall. They were featured with the car in period press on the event. That same year, they finished 5th in class at the Corsa Internazionale allo Stelvio. This was just the start to the Mille Miglia careers of the couple, who would continue to race Fiats and finished 2nd overall in the event in 1948.
The car has a continuously known and traced history since, remaining with owners in Italy, including many years in the famous collection of the Agusta family (of motorcycle and helicopter renown), as chronicled on its FIVA Identification Card and accompanying history file. Following its acquisition by the current owner in 2014, it has since been displayed and driven in several historic events, including the Mille Miglia Storica in 2016. Prior to this significant outing, the car was completely mechanically restored and as a testament to the work completed, it finished amongst the first 100 cars across the line and the 11th of the 84 original Mille Miglia entrants competing. Restoration to the bodywork to concours standard followed, with utmost attention towards originality.