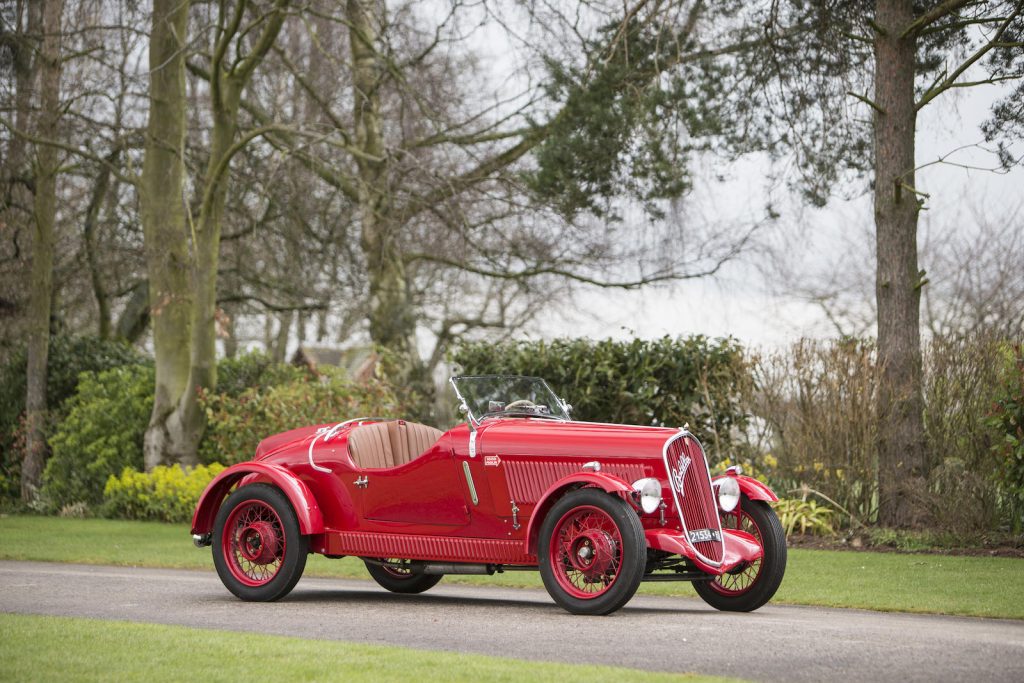 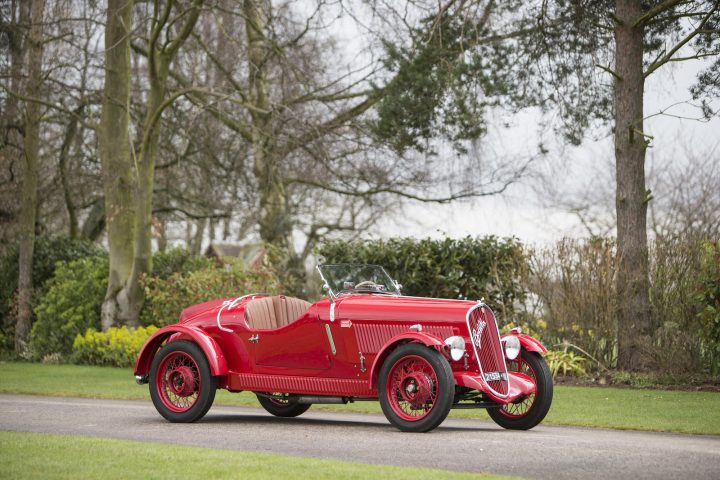 Based on the highly successful 508 Balilla saloon of 1932 – the first FIAT of the inter-war years to be named as well as numbered – the 508 Balilla Sport competition version was inspired by an original design by Carrozzeria Ghia. FIAT purchased the rights, manufacturing two versions: the Coppa d’Oro (Gold Cup) and lightweight Mille Miglia, named after successes gained in these demanding long distance events. Clothed in stylish open two-seater bodywork with finned tail, the original Balilla was powered by a tuned version of the saloon’s 995cc four-cylinder sidevalve engine. The latter drive the rear wheels via a three-speed gearbox and was installed in a cruciform braced chassis equipped with Lockheed hydraulic brakes and wire wheels. Introduced in 1934, the second series improved on this successful formula, adopting a four-speed synchromesh gearbox and an overhead-valve engine producing 36bhp. 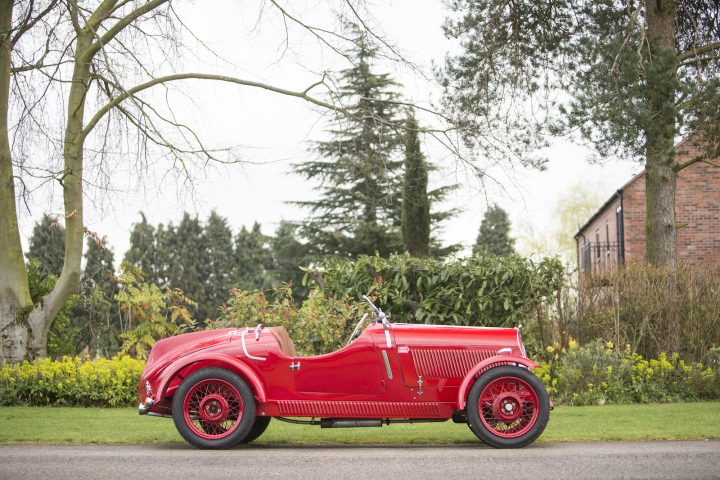 The 508 Balilla Sport was well received by the motoring press and historians. ‘The Balilla Sport to my mind is the ancestor of the small sports car,’ opined Michael Sedgwick, while Light Car’s Dennis May praised its acceleration, steering and ‘decidedly naughty exhaust note’. Motor Sport’s Bill Boddy reckoned the 508 Sport, “a much sought-after car that left a very profound mark on the sports scene to which many British drivers turned to for competition.” Tested by Autocar in 1935 a Balilla Sport raced through the quarter mile at 73.77mph. Seventeen years later the magazine re-tested, lapping modern Goodwood, chicane included, at 68.7 mph, an extraordinary feat that speaks volumes about the Balilla Sport’s cornering power. Despite its age the car was still winning races in the immediate post-war years, adding to a formidable reputation built on numerous victories in classic events in the pre-WW2 era, including the Mille Miglia, Monte Carlo Rally, Targa Florio, Spa Francorchamps 24-Hour, Ulster TT, and Le Mans. 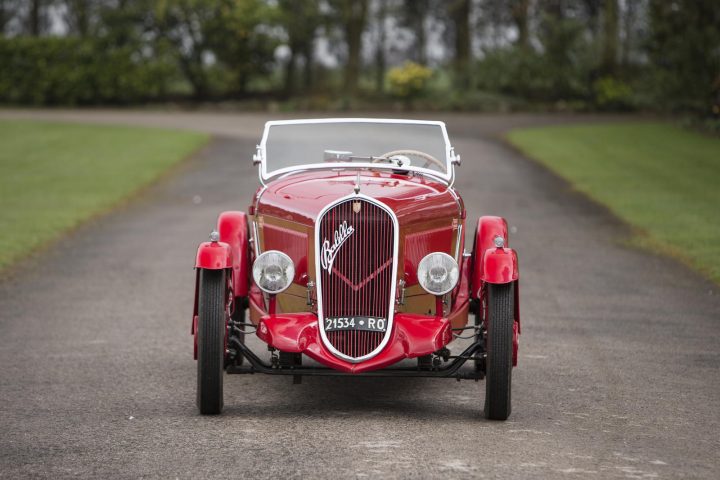 This FIAT 508 Balilla Sport had been in single Italian ownership since 1957 when it was purchased by the current vendor in 2011 and brought to the UK. Believed to have contested the Mille Miglia in the 1950s, the car was in un-restored condition when purchased, and since acquisition has undergone a complete, chassis-upwards restoration. Undertaken with no-expense-spared, the latter was intended to prepare the little FIAT for entry into the Mille Miglia and ensure that it would finish that gruelling event without any problems.
On strip-down the car was found to be in relatively rust-free condition, making it possible to retain most of the body’s original wood and sheet metal; repairs and new sections being made only where necessary. The chassis was restored and strengthened, and the steering, suspension and brakes overhauled. The engine has been re-bored and completely rebuilt with new pistons, valves and bearings, while the transmission likewise has been fully overhauled. Stripped back to bare metal, the body has been repainted in FIAT Racing Red and the seats re-trimmed in finest-quality tan leather. Other noteworthy features include a new (foam filled) fuel tank, upgraded period-correct lighting, and an electronic speedometer and fuel gauge. The history file contains a photographic record of the car before and during its restoration, together with two period photographs of it participating in what appears to be an Italian road rally (location and date unknown). 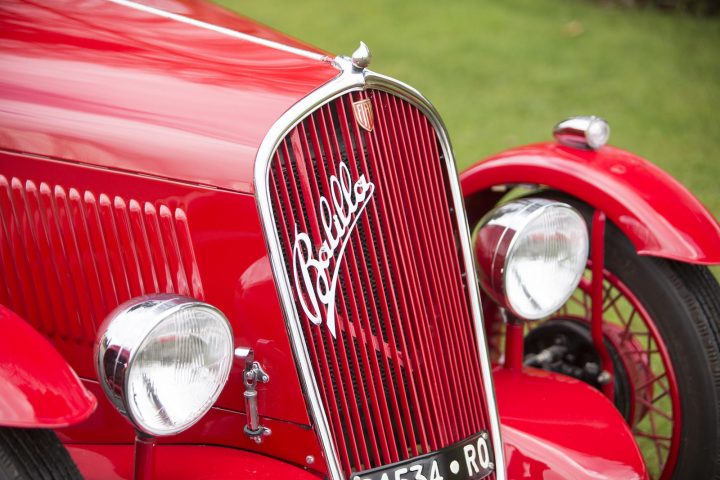 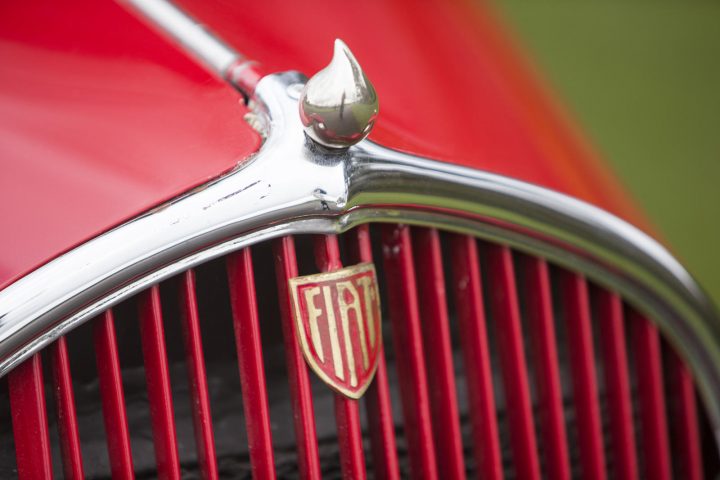 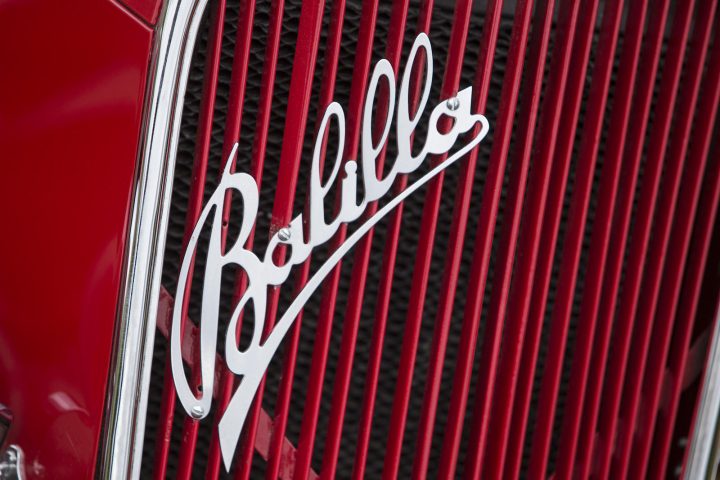 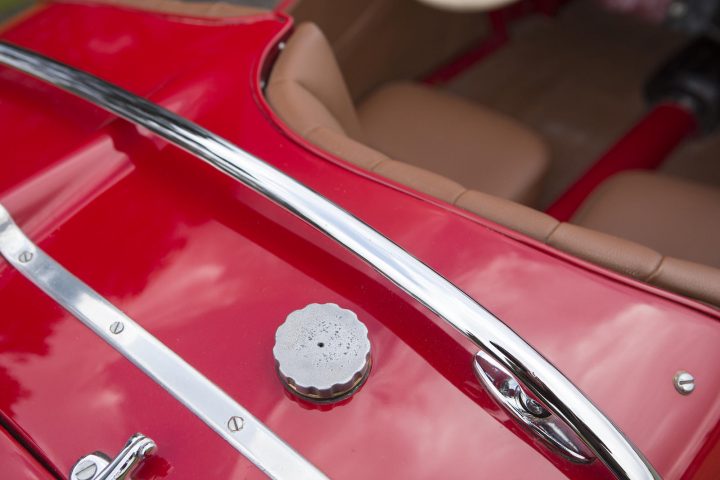 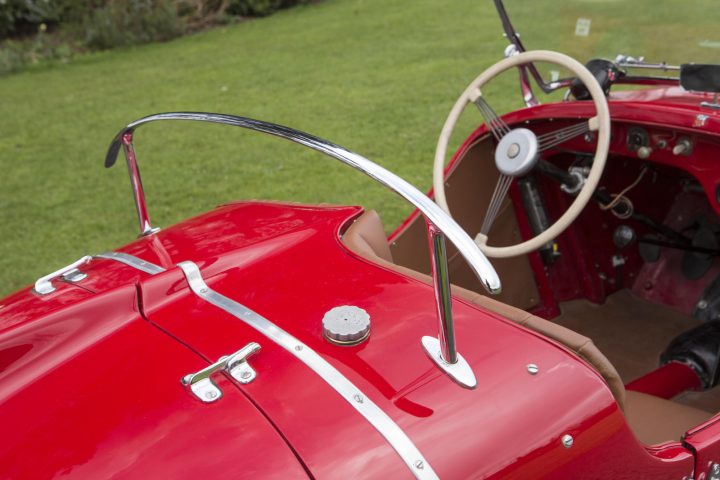 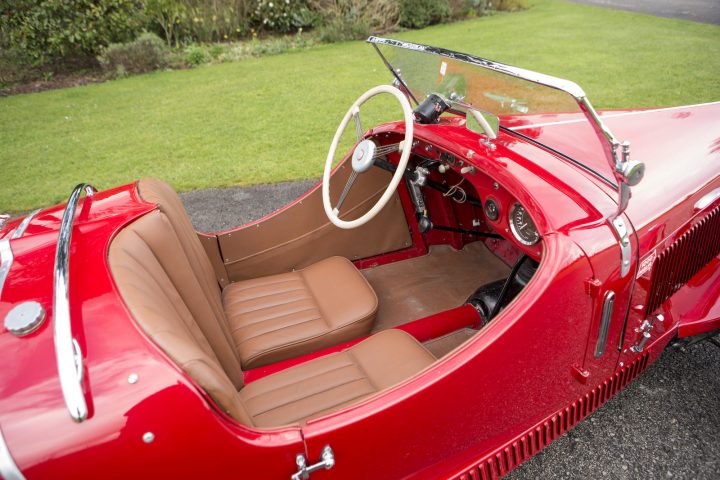 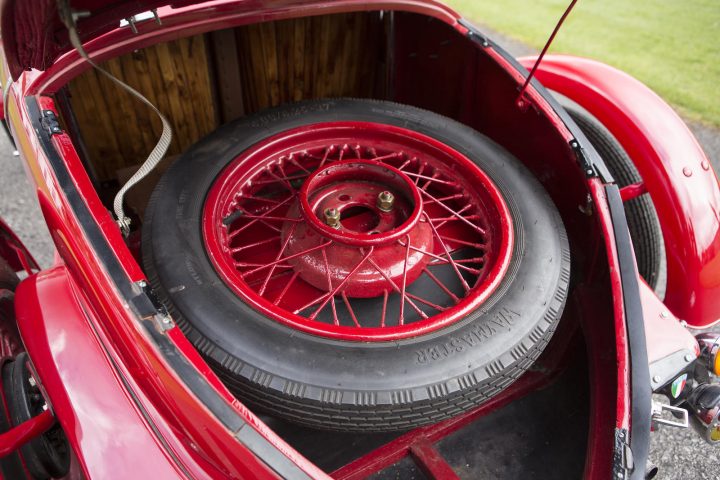 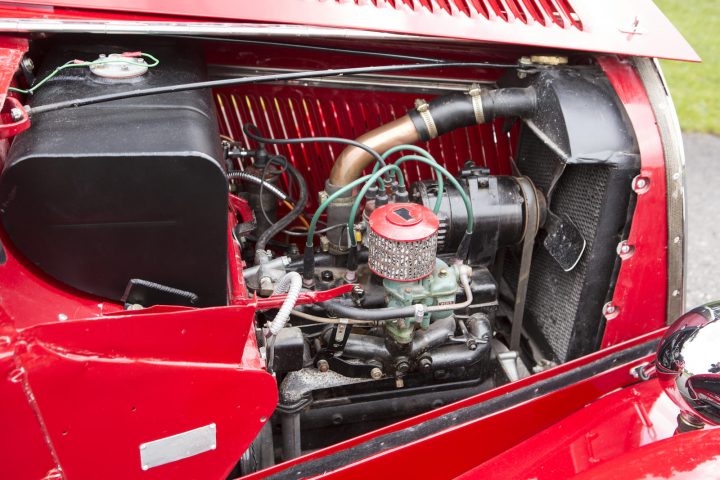 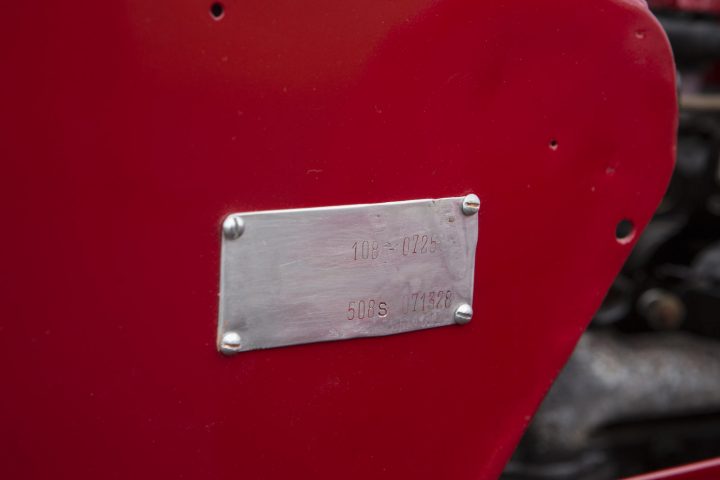