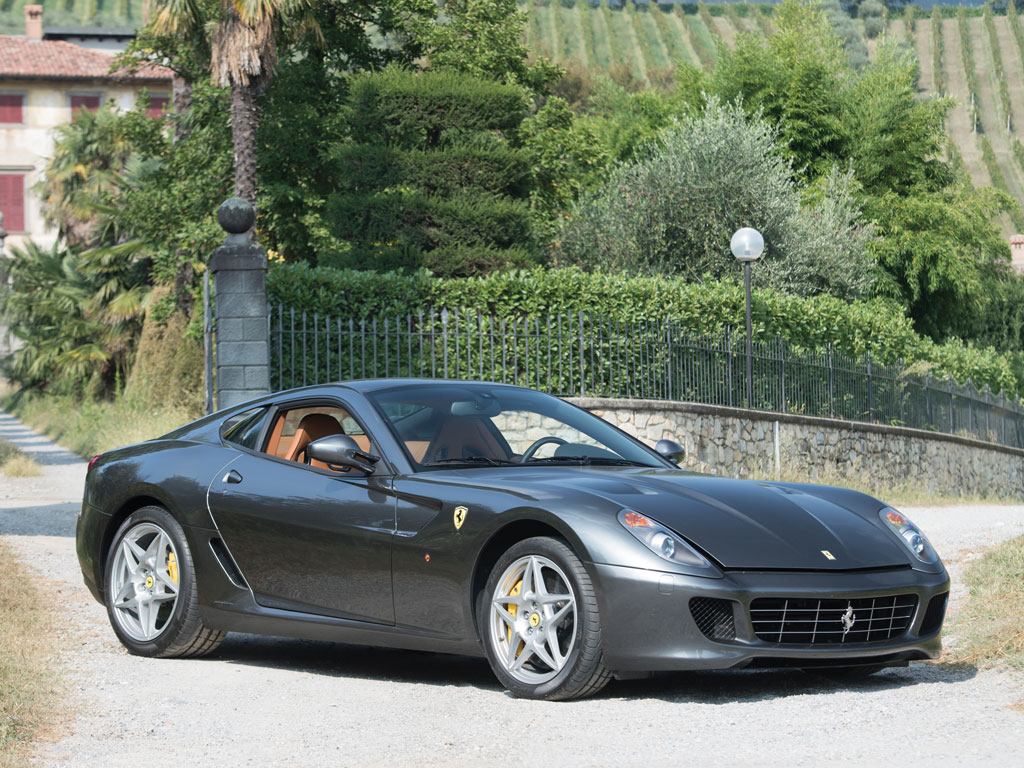 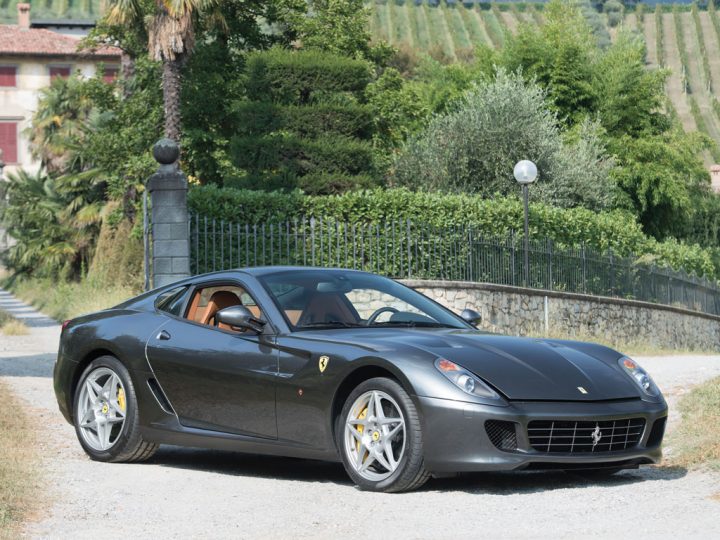 Boasting an engine derived directly from the Ferrari Enzo, the 599 GTB is a ground-breaking achievement for Ferrari. Marketed as a dual-purpose grand touring and sportscar, the 599 could easily outmatch the performance of Ferrari’s iconic F40, even with all of its luxury accoutrements. It is also significant as the last front-engined, 12-cylinder Ferrari offered with a traditional six-speed manual transmission, as the new F12 Berlinetta could only be had with an F1-style dual clutch transmission. 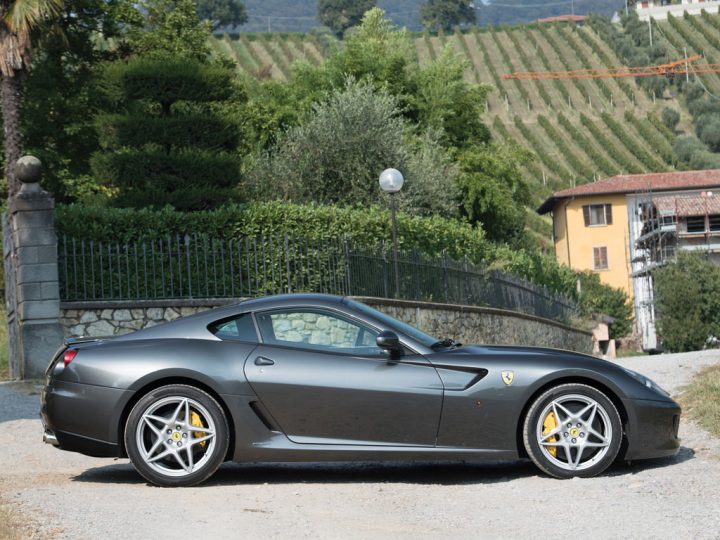 Only 30 manual-transmission 599 GTBs were produced by Ferrari and of those, just 10 were delivered new to Europe. This example was delivered new to its first owner through Motor Service S.R.L., the official Ferrari dealership in Modena, Italy, in June 2007. Finished in a spectacular colour combination of Grigio Silverstone (FER. 740) over Cuoio, it is equipped with a yellow tachometer, yellow brake callipers, carbon fibre dashboard, carbon fibre centre console, Daytona-style seat inserts, and a Bose stereo. The car is believed to have remained in Italy from new and was serviced by Motor Service S.R.L. in September 2010 with just 779 kilometres from new and once again in December of 2012 at only 1,099 kilometres. 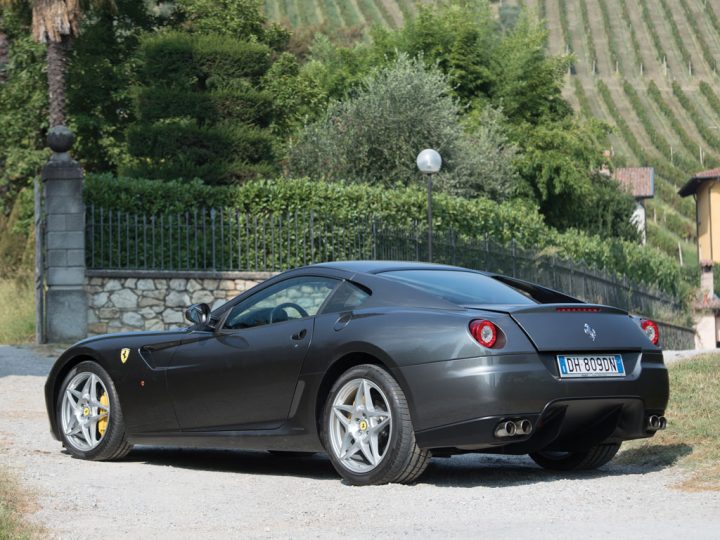 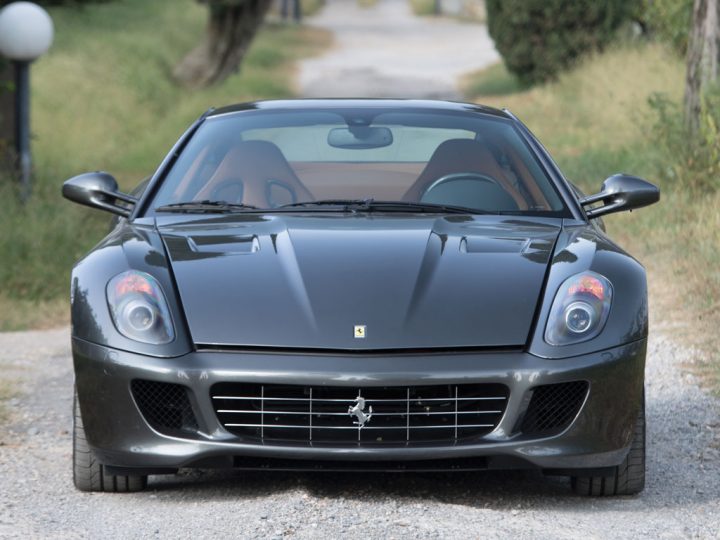 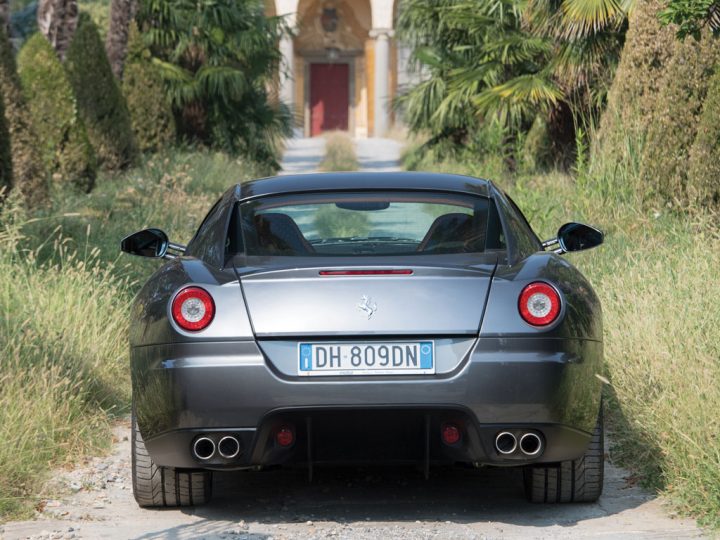 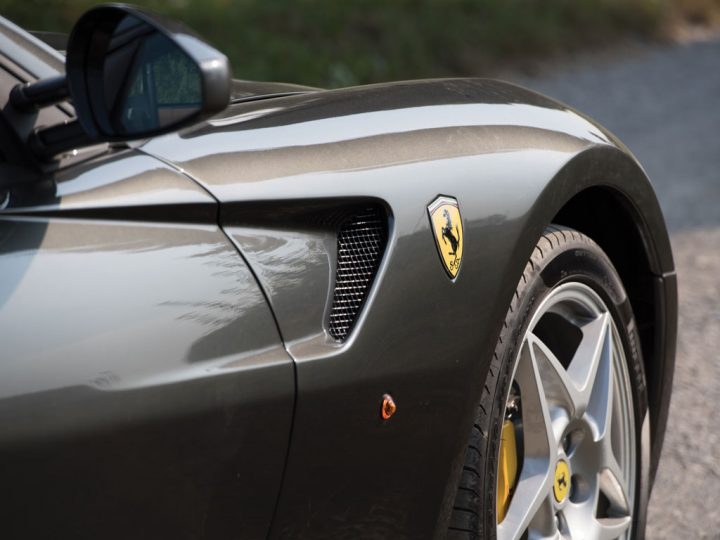 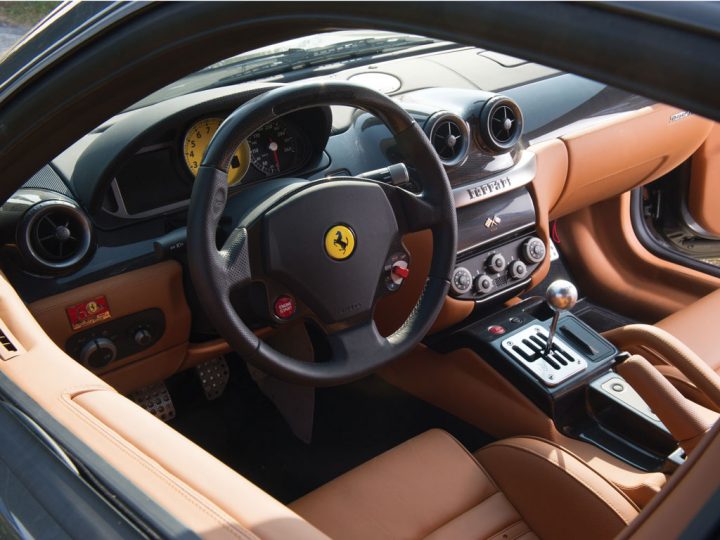 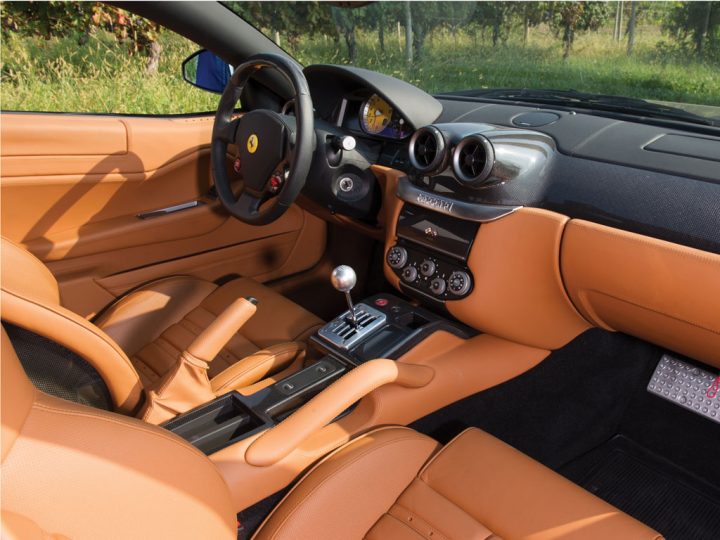 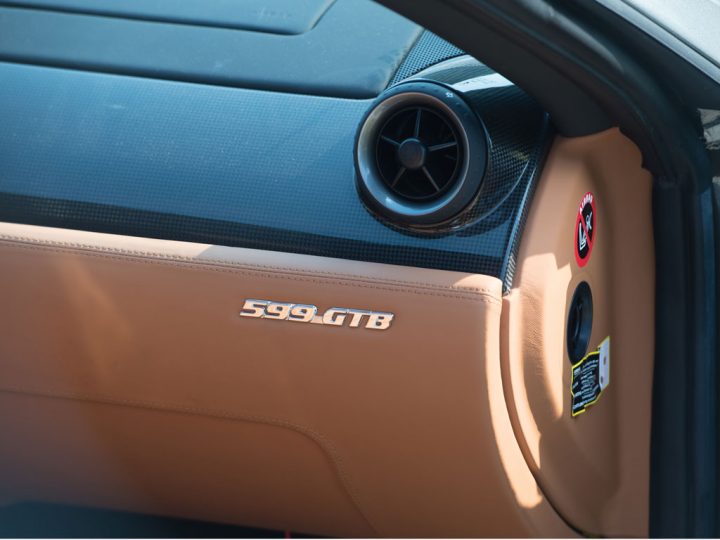 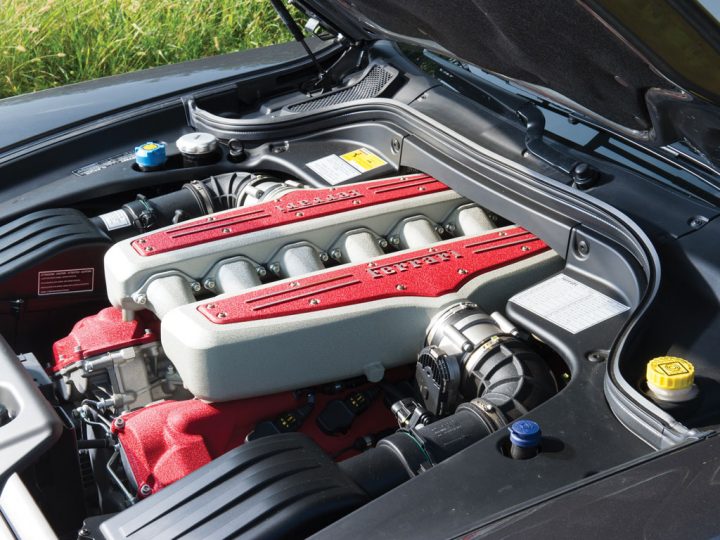 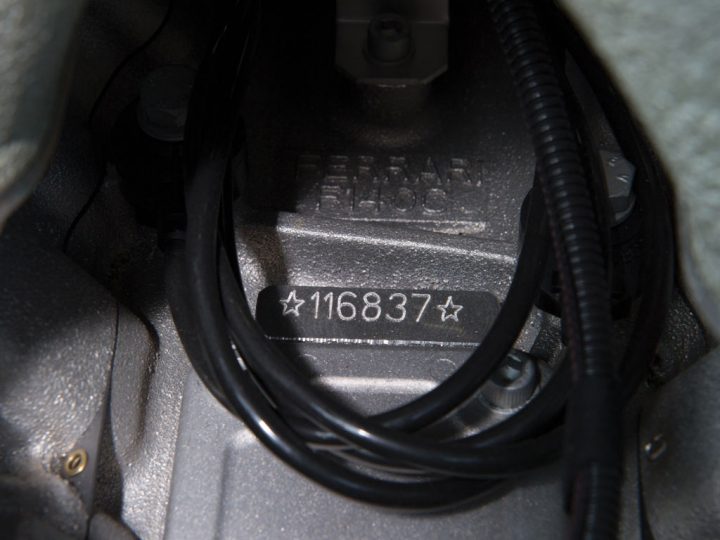 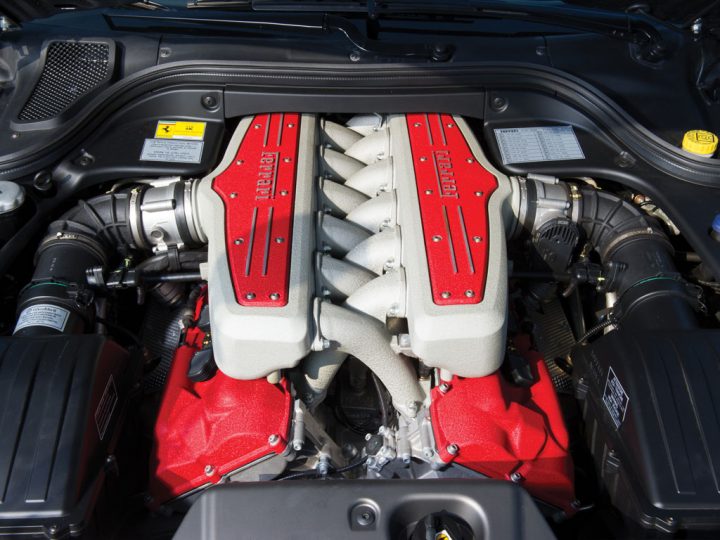