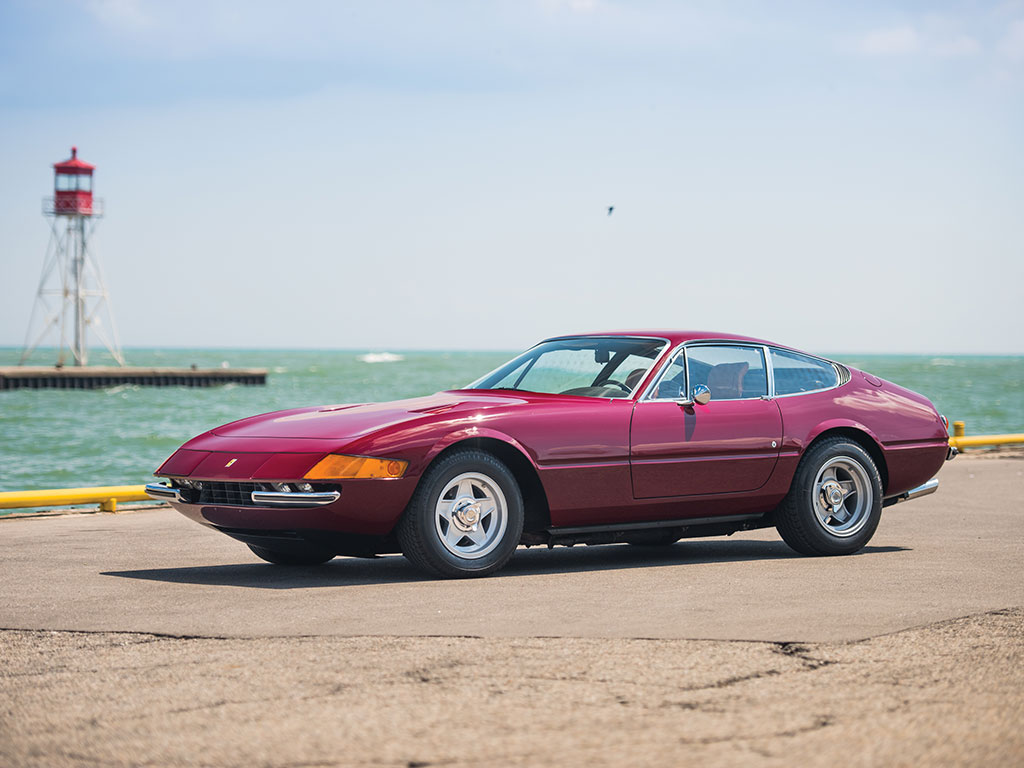 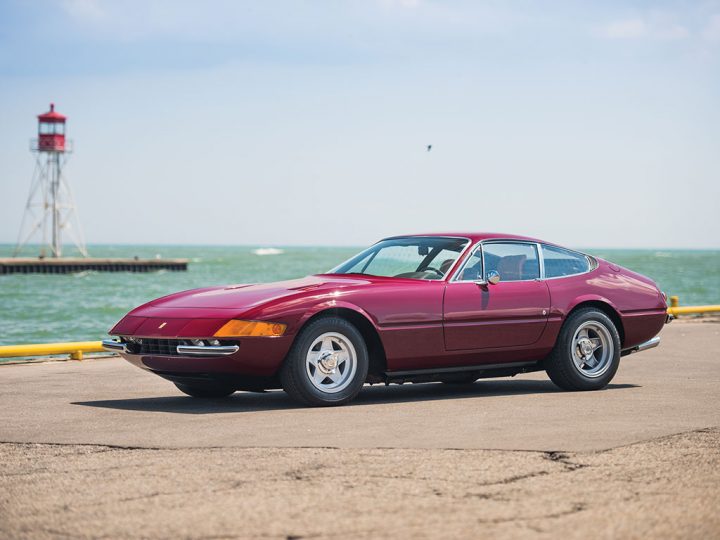 This Ferrari 365 GTB4 Daytona Berlinetta is recorded as having been originally delivered in Italy, via the official Ferrari dealer Gastone Crepaldi of Milan, in 1973, finished in Argento Metallizzato (106-E-1) with a Nero (VM 8500) interior with grey seat inserts. As an original European-specification car, it was factory-equipped with a less restrictive exhaust header, allowing the superb V-12 to produce roughly 25 horsepower more than a U.S.-specification Daytona. It was also optioned with air conditioning, a feature rarely found on “Euro-spec” Daytonas, and one which it retains to this day. 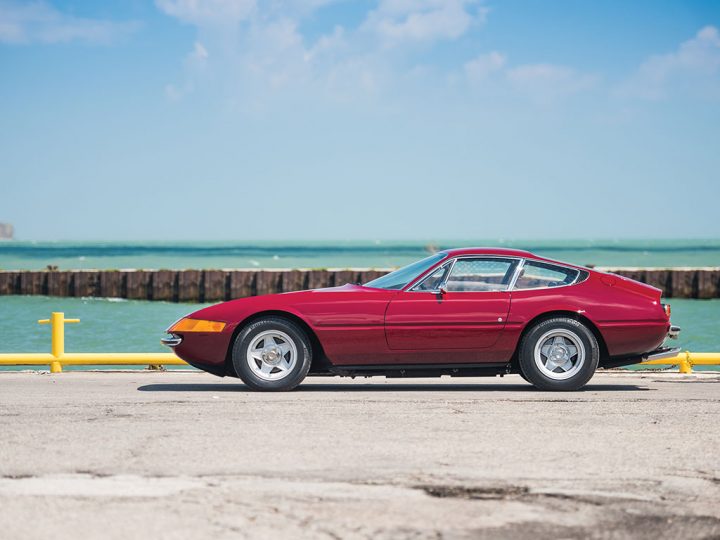 In 1977, the car was brought to the United States with its acquisition by Ted Waibel of Lakewood, Colorado; at the time, it was finished in metallic blue. Subsequently legalized by David Kehl, it remained with Mr. Waibel until 1984 and was sold that year to Bob Panella of Stockton, California. The Daytona next passed to Bruno Bori and to another collector, both also in California, remaining in the latter’s ownership for a full 15 years. Finally, in 1999, it was sold to Carey Kendall’s CLK Vintage Motorcars of Santa Barbara, California. Two further Golden State owners followed, most prominently the well-known enthusiast and prominent member of the California motoring scene, Larry Alderson of San Juan Capistrano. 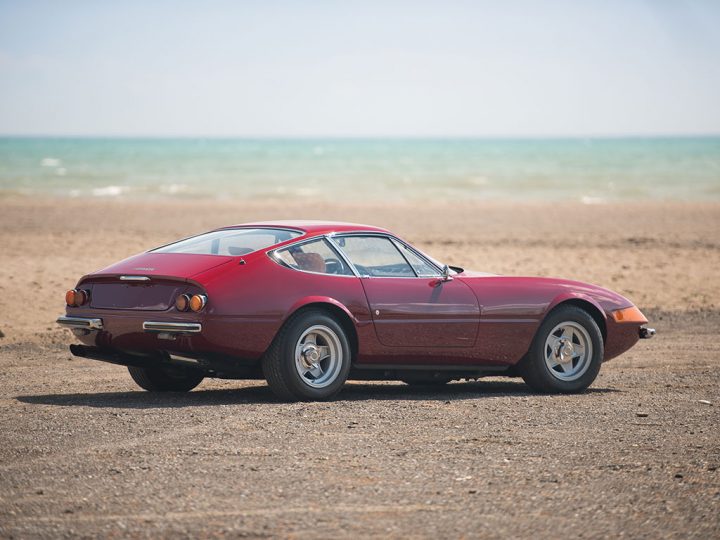 The Daytona had by that point been refinished in Rosso Rubino, the shade that it wears today, an original Daytona color and arguably the most flattering factory hue, and the interior redone properly in tan leather. Both have been well-maintained in the car’s more recent ownerships in Canada, most prominently with a well-known collector in Ontario who has treasured the Daytona and admired it for several years. 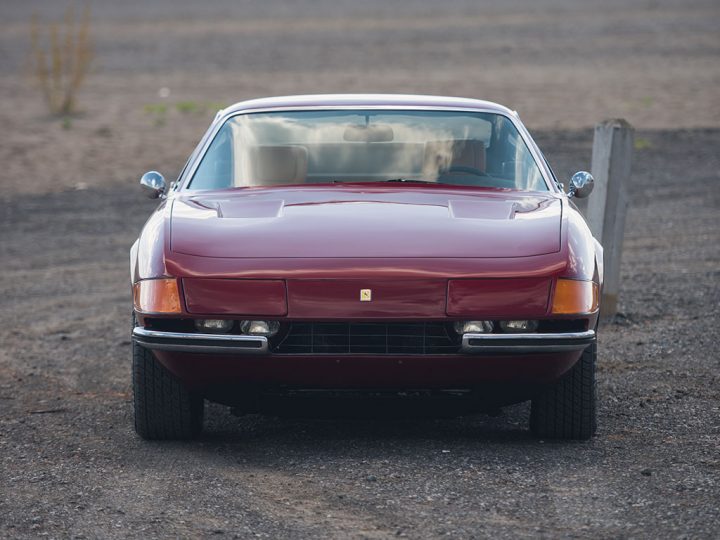 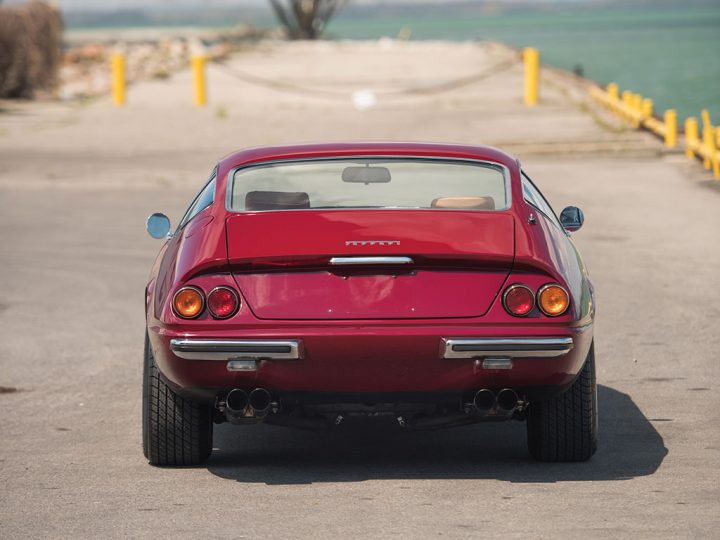 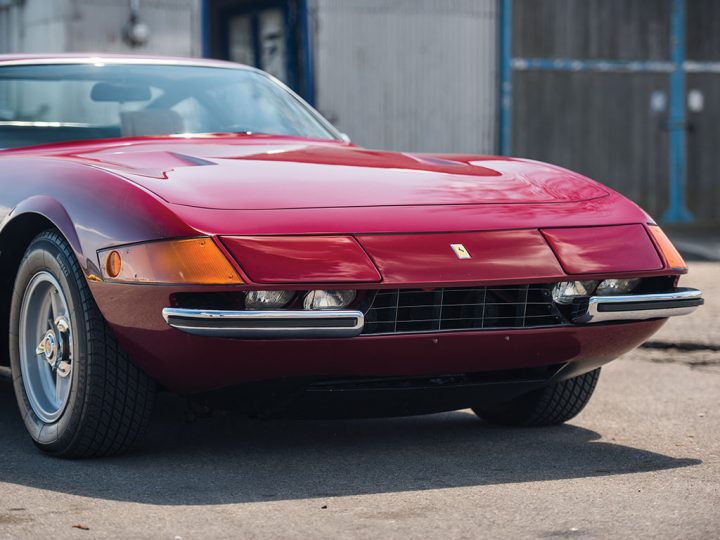 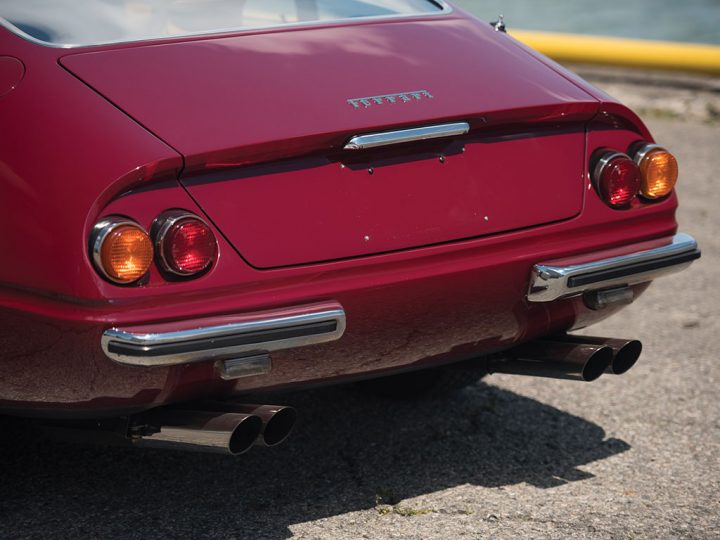 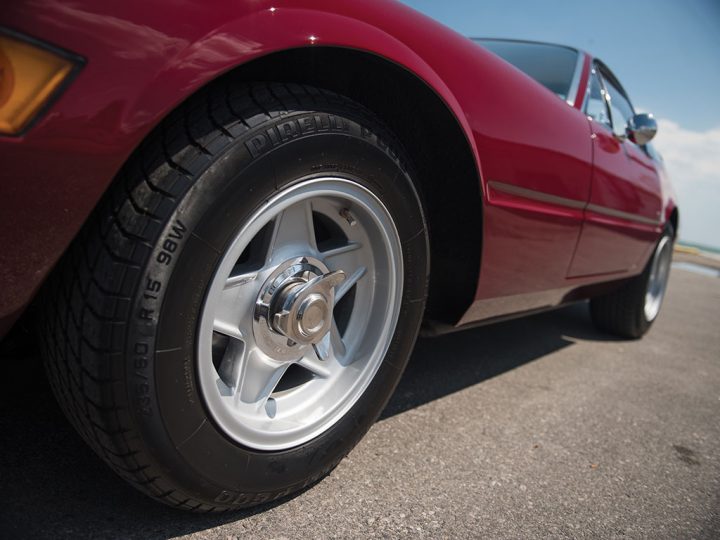 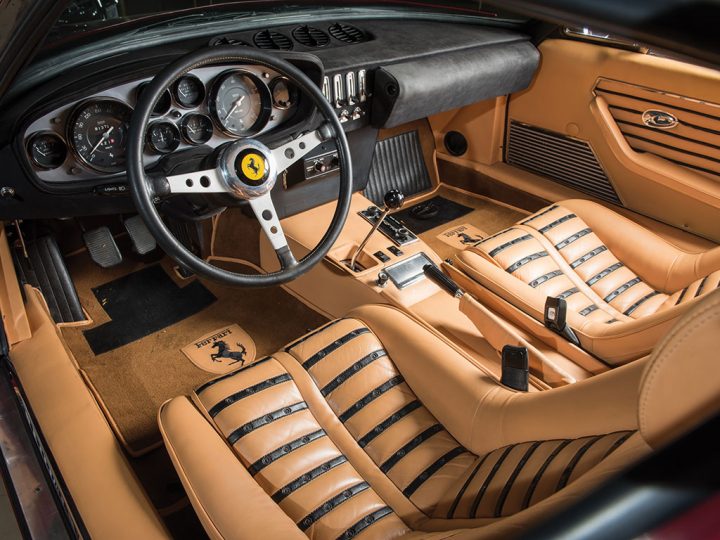 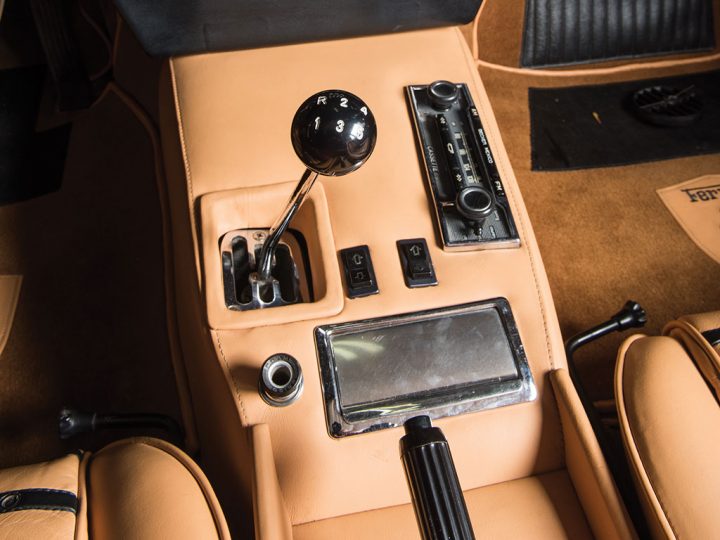 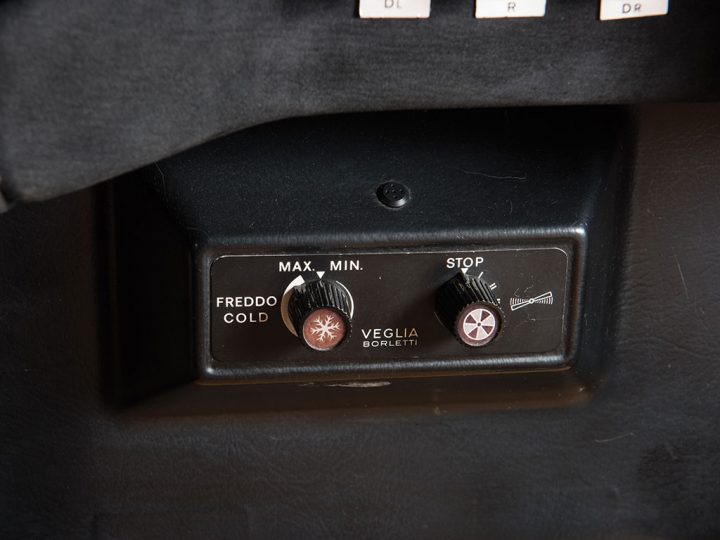 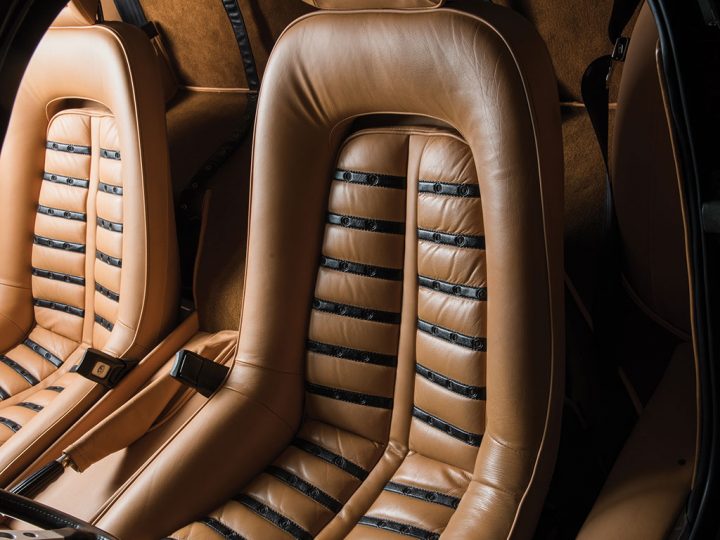 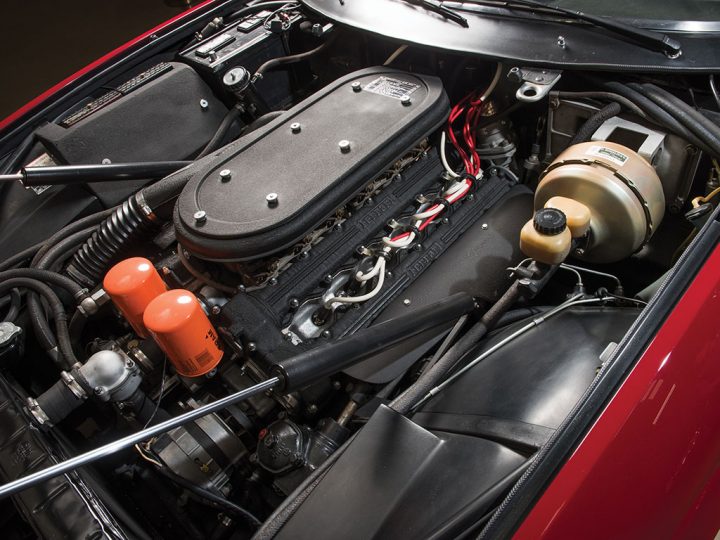 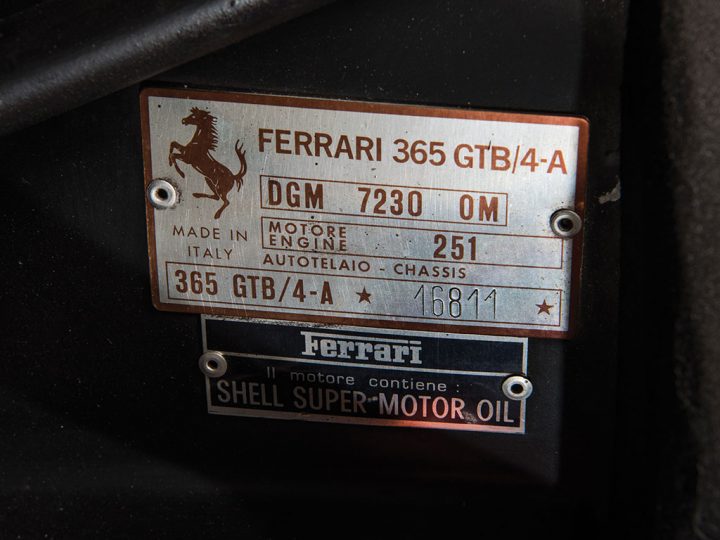