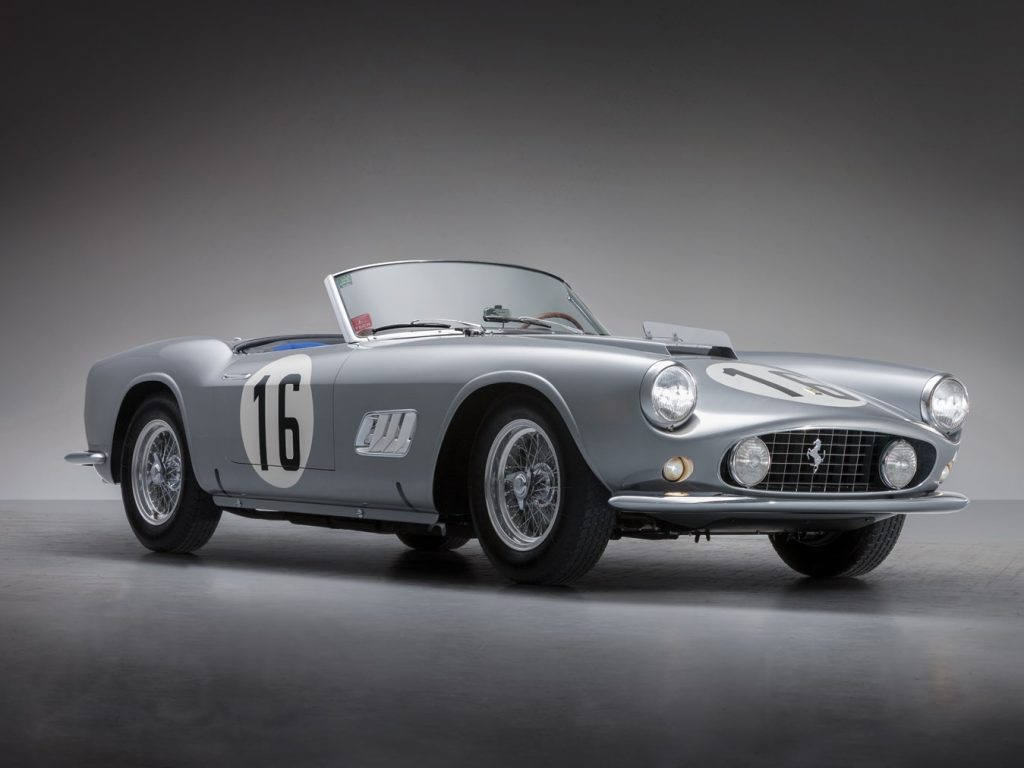 In the late 1950s and early 1960s, the golden era of sports car racing was at its height. Every weekend, privateers and manufacturers alike would take racetracks around the world, racing everything from homebuilt specials to the latest and greatest in handcrafted, exotic Italian sports cars. Races varied from fun and seemingly non-competitive to events where the reputations and livelihoods of manufacturers and professional drivers alike would hang in the balance. In many regards, post-war organized motorsport was still in its infancy, allowing for a sort of romanticism to be associated with the events, their participants, the spectators, and the cars themselves.
One of the major players in the sports car racing scene in the United States at the time was Luigi Chinetti. Chinetti was a highly successful racing driver in his own right (having won the 24 Hours of Le Mans outright in 1932, 1934, and 1949), the official Ferrari distributor for the U.S. East Coast, and the man behind the fabled North American Racing Team. Luigi Chinetti and N.A.R.T. entered a trio of cars for the 24 Hours of Le Mans in 1959. This included a 250 Testa Rossa (0666), a 250 GT LWB Berlinetta (1461 GT), and a 250 GT LWB California Spider, chassis number 1451 GT, the car presented here.
Within the hierarchy of the LWB California Spiders, chassis number 1451 GT sits at the very top of the pyramid. Built to full “competizione” specifications, it was the second of eight California Spiders bodied in aluminum and bore the first outside-plug, Tipo 128F engine, topped with high lift camshafts, triple 40 DCL6 carburetors, and a competition-spec fuel tank with an external fuel filter. Horsepower was quoted at an exceptional 262.5 bhp at 7,300 rpm. For Le Mans, its pilot and owner would be Bob Grossman, a successful sports car dealer based in Nyack, a village in Rockland County, New York.