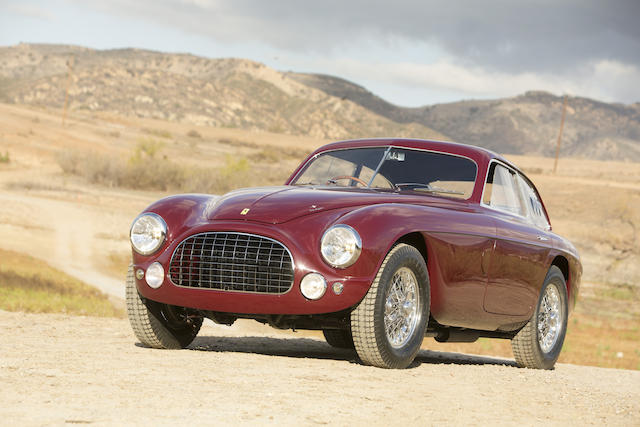 By the time the 166’s engine was bored to 212 specifications, just five examples of the 166 MM Touring Berlinetta had been constructed, and this car is the first of just four more such bodies that were then mounted on the even-numbered, competition 212 platform. The seventh overall 212 Export constructed, chassis no. 0088 E received Touring body no. 3473, engine internal no. 16/E and gearbox no. 20/E. The completed frame was finished on January 26, 1951, with rear axle assembly on February 14, supervised by famed mechanics Walter Seghedoni and foreman Amos Franchini. As demonstrated by original factory chassis sheets, the two mechanics supervised completion of the racing bred engine two days later, where it received the three Weber carburetor setup, revised competition cam-timing and valve arrangement, and was tuned for sports racing use.