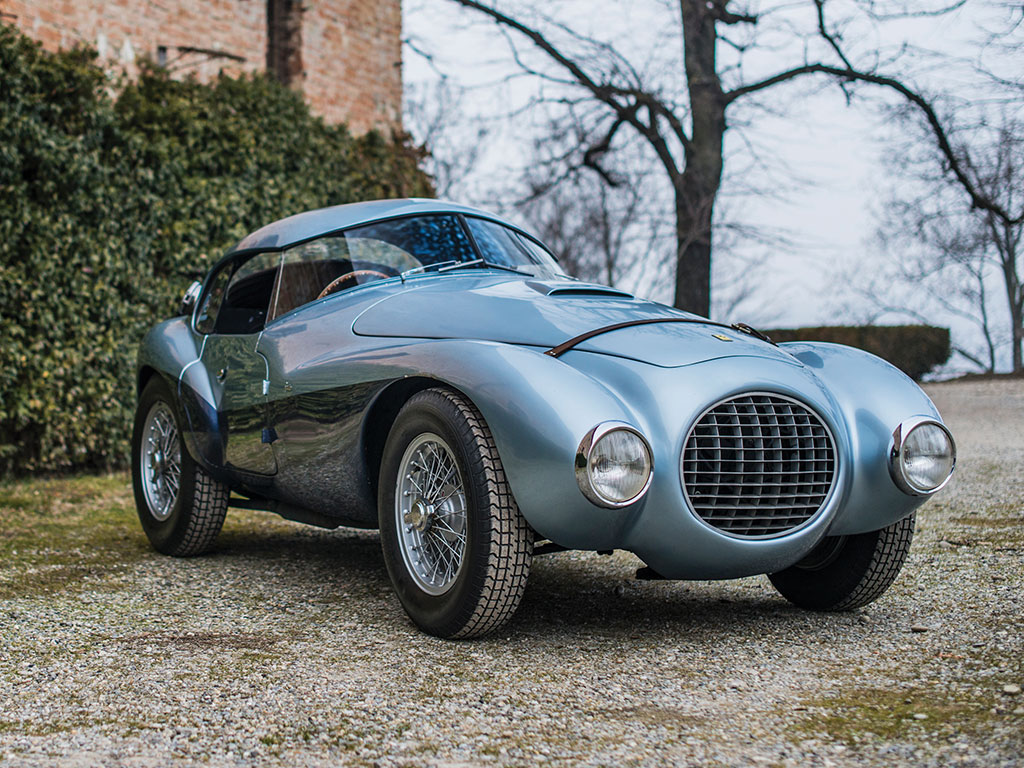 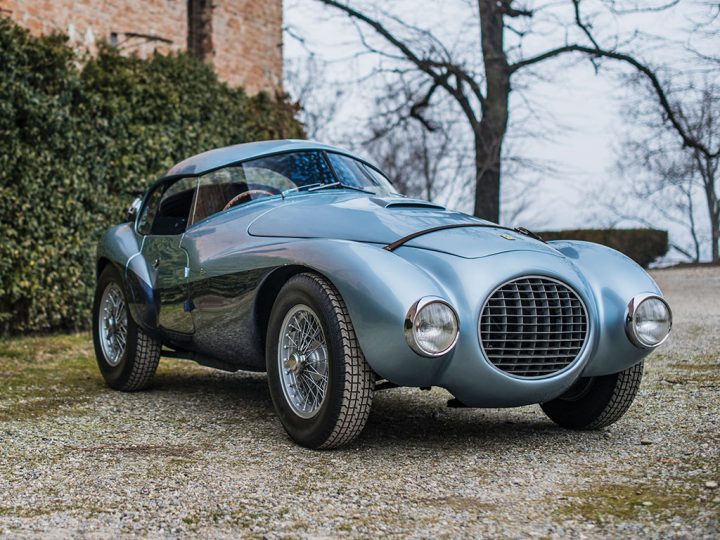 Perhaps one of the most compelling and recognizable coachbuilt Ferraris of the Enzo era, the “Uovo” will be a clear highlight of this year’s Monterey auction week. Boasting one-off coachwork from Carrozzeria Fontana and lovingly nicknamed “Uovo” for its very distinctive egg-shaped bodywork, it has remained a significant part of Ferrari lore for decades. 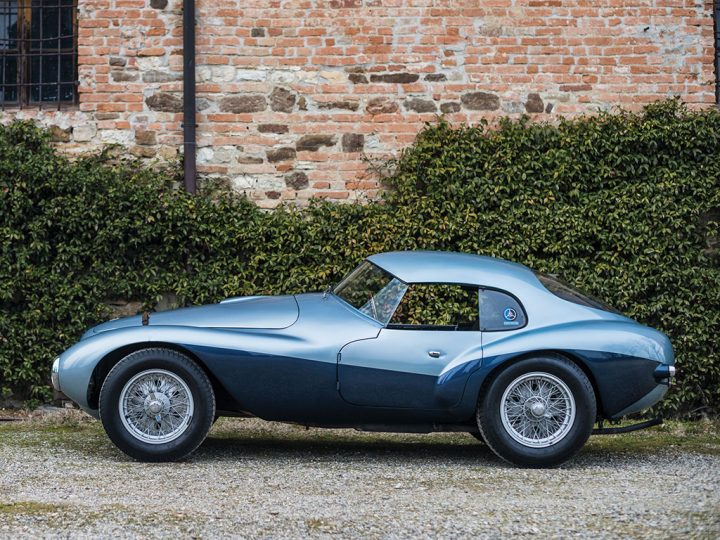 Giannino Marzotto specifically commissioned Fontana of Padova and the famous sculptor Franco Reggani to create a streamlined body style for maximum efficiency and performance. The resulting “Uovo” bodywork and underlying Ferrari chassis and drivetrain quickly proved to be quite competitive. The Uovo held the lead of the 1951 Mille Miglia and Giro di Sicilia before it was forced to retire, and it can be argued that the car likely would have won the race had it not been sidelined. It finally stood on the first step of the podium at the Coppa Toscana, confirming its great engineering. 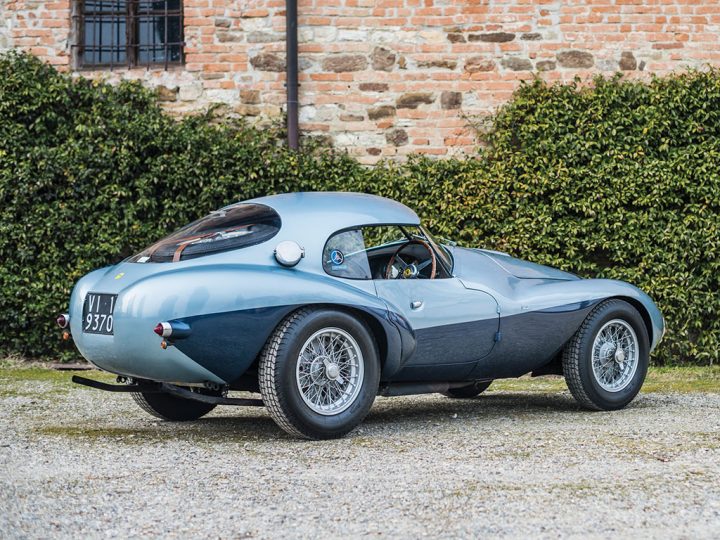 Raced at the Mille Miglia the following year, the Uovo ran a number of other events in Italy with Scuderia Marzotto, as well as in California in the 1950s. Acquired by its owner in 1986, it is a veteran of multiple Mille Miglia Storica and has also spent time on display in the Museo Enzo Ferrari. Not seen publically for many years, it remains highly eligible for a number of vintage racing and concours events. 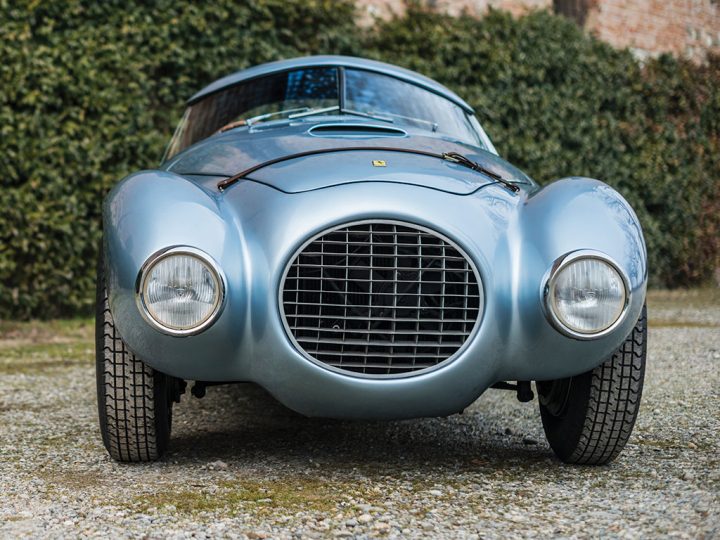 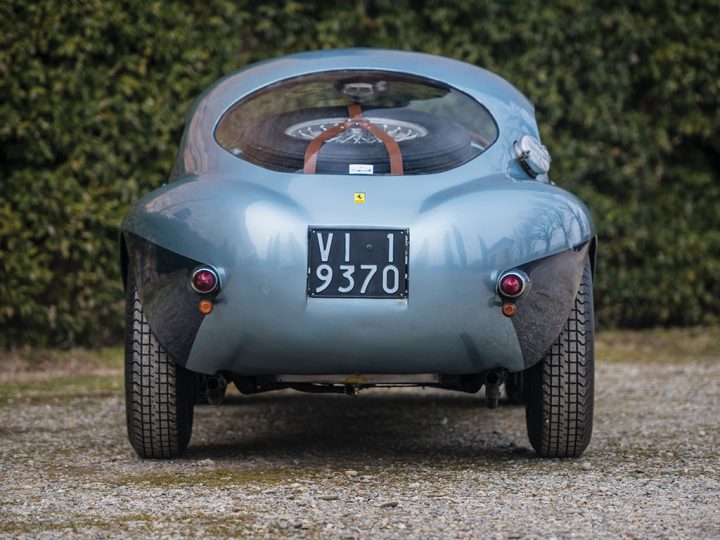 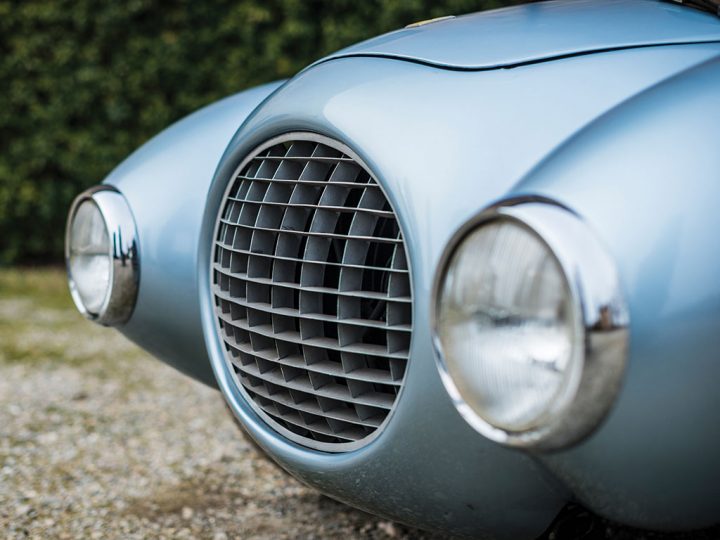 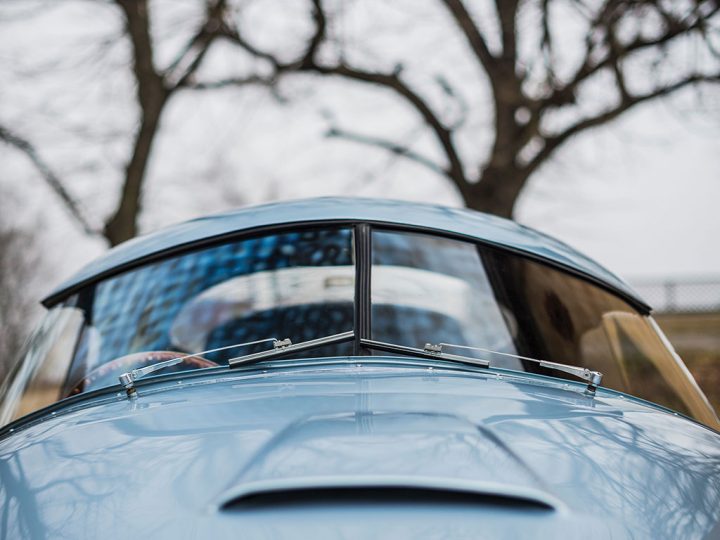 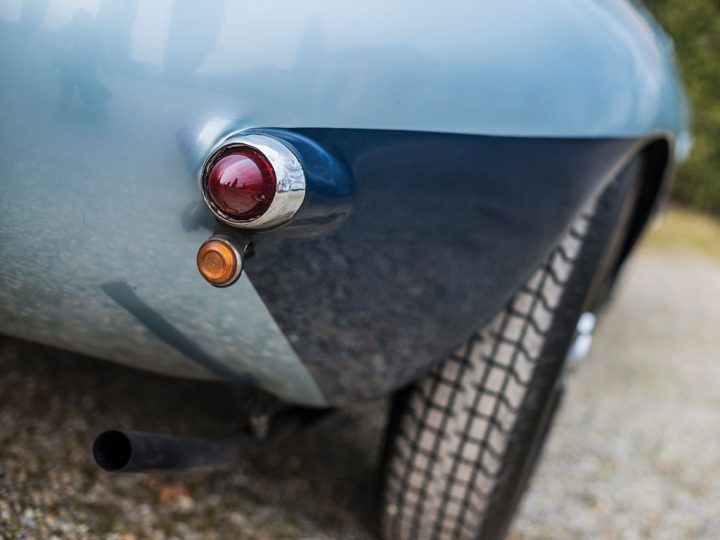 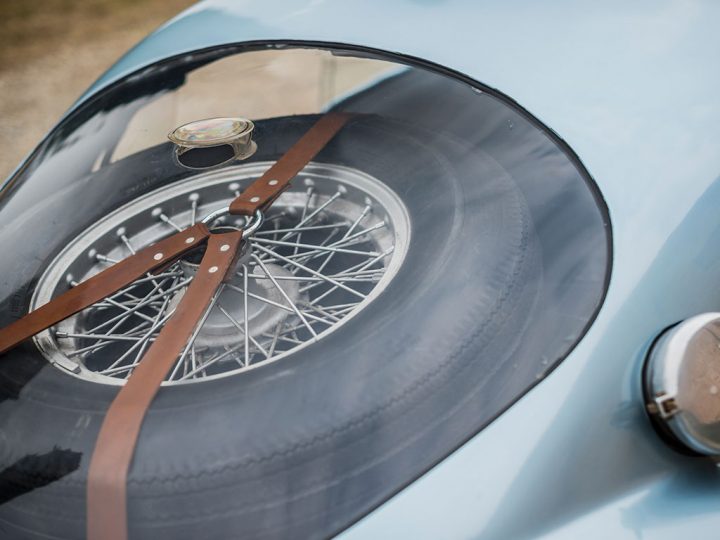 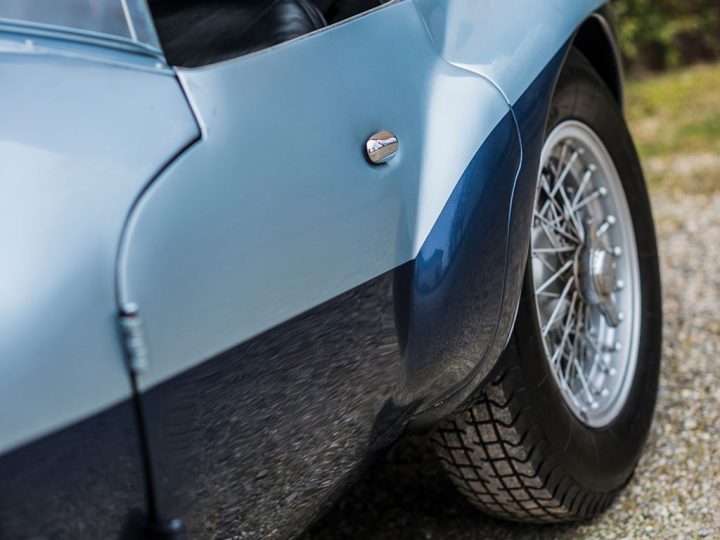 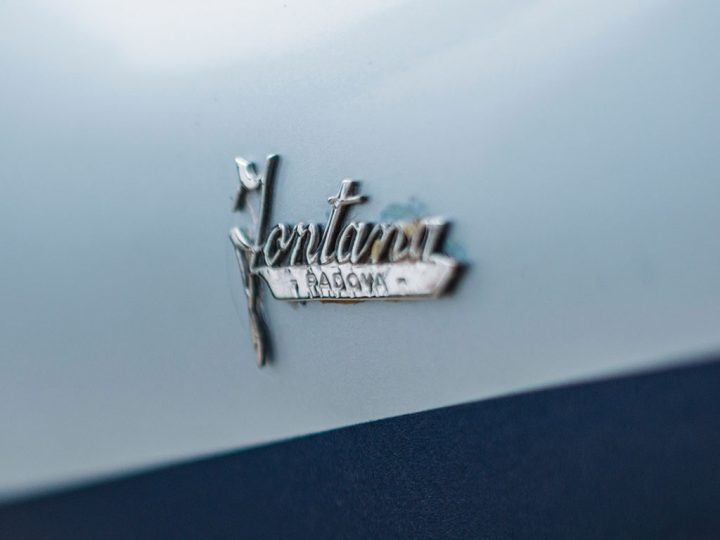 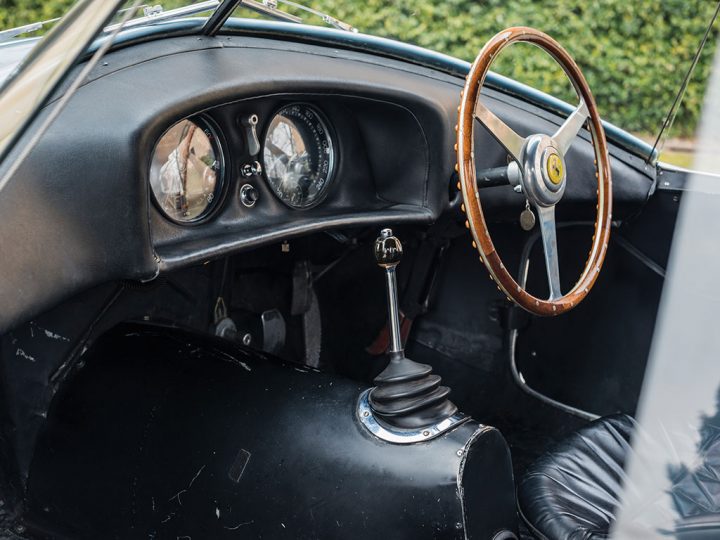 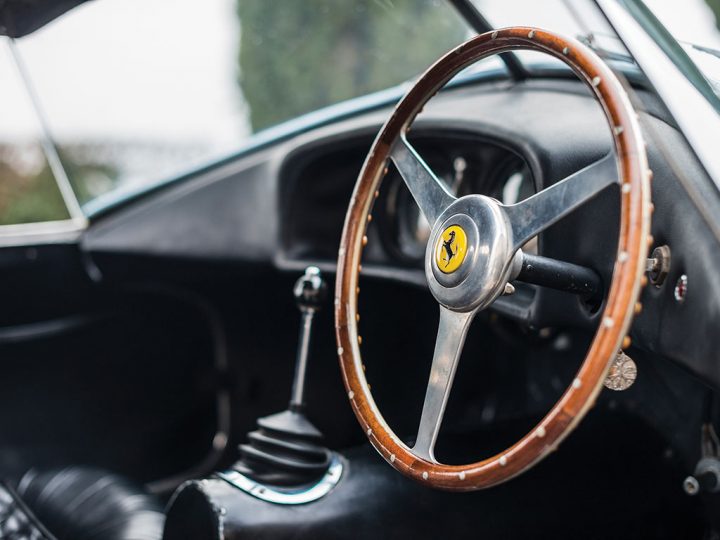 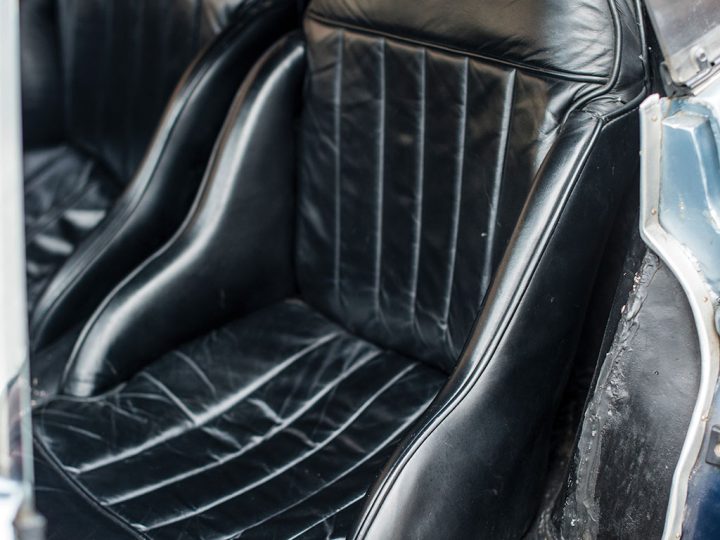 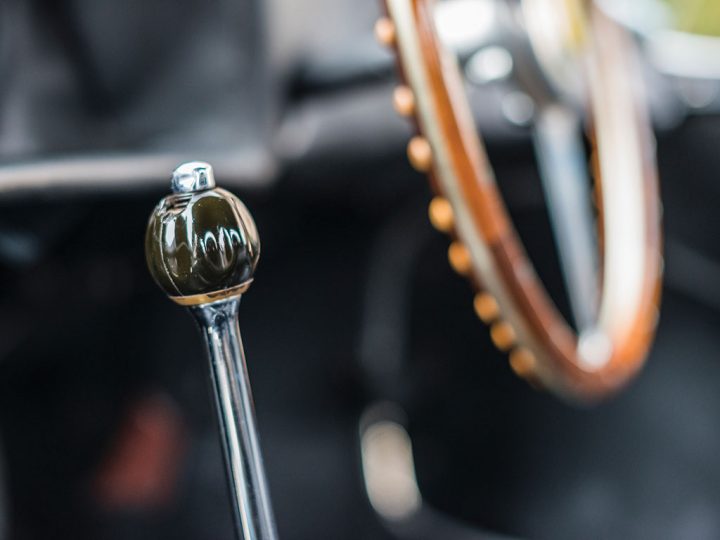 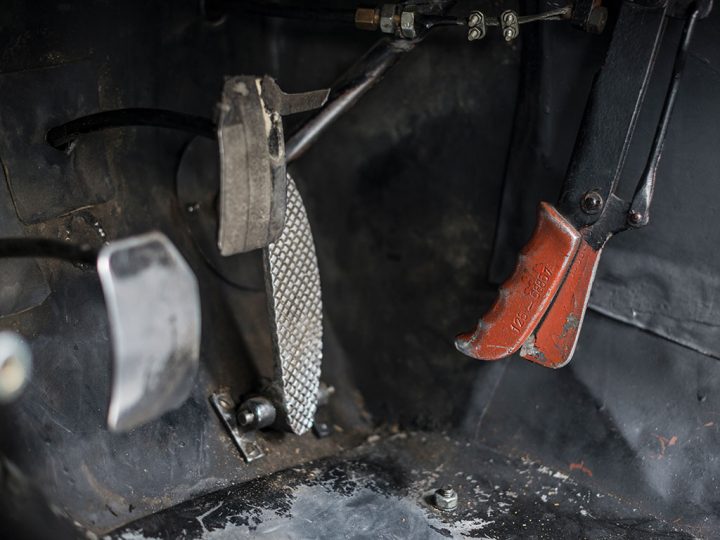 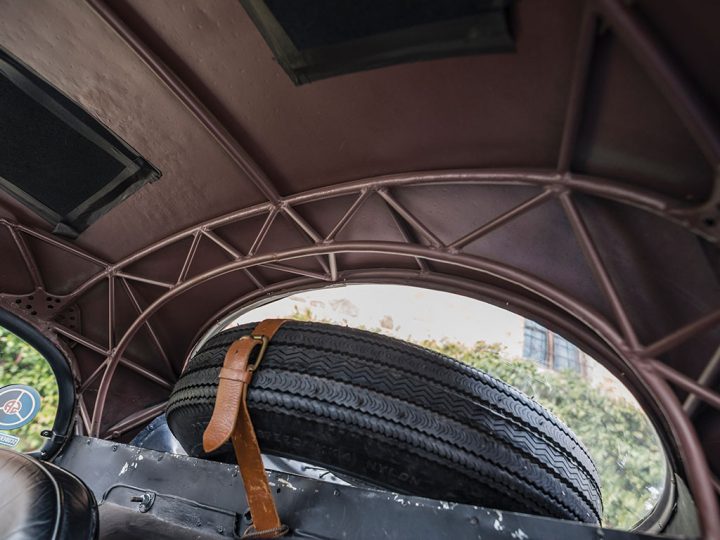