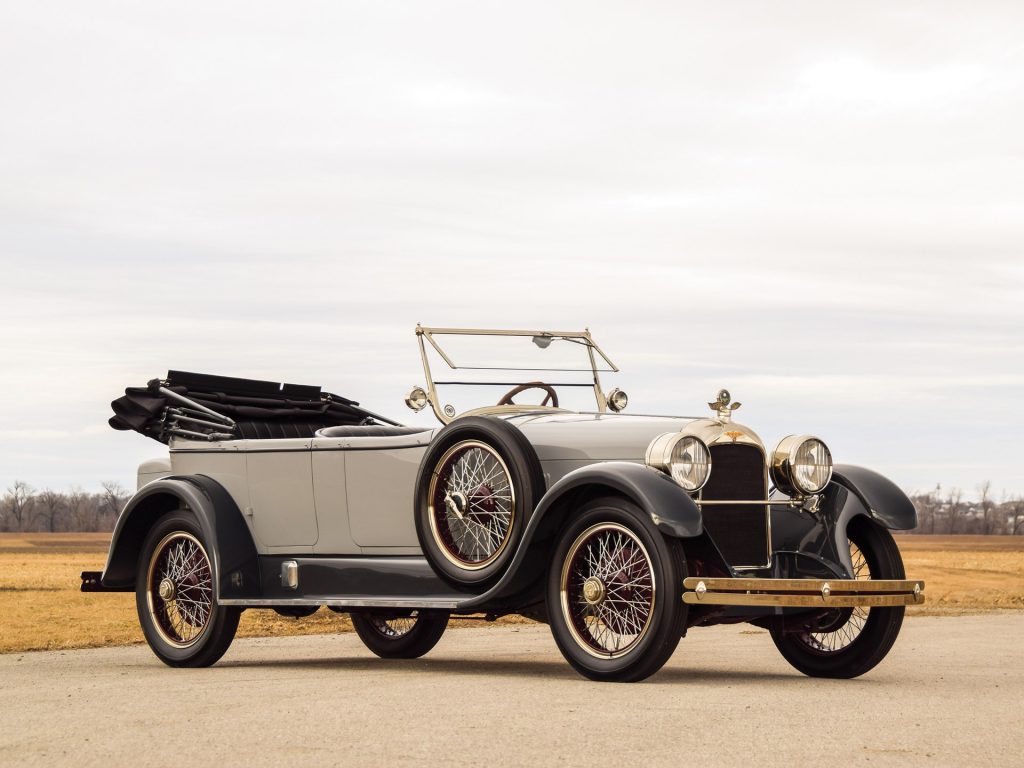 The early Duesenberg Model A presented here was formerly part of the well-known early West Coast stables of Sid Buka and Nelson Thorpe, before joining the previous owner’s collection in 2004. As acquired by the previous owner, it was a 1950s “hot rod” of sorts, retaining its original frame, shortened by seven in.; the front half of the original Millspaugh & Irish touring body; and, most fortunately, the correct original braking system, differential, and rear axle. The engine is correct, though its block is numbered 1366 and is believed to have been a 1924 factory replacement. Much of the difficult-to-find componentry for the Duesenberg was still present, enabling the car’s authentic and correct restoration in the hands of its knowledgeable owner.
The car’s chassis was returned to its original length, and the body rebuilt using the surviving original panels, with the remainder recreated to a pattern taken from an original Millspaugh & Irish touring, using correct aluminum over wood framing. Exhaustive attention went into restoring the correct top for the car, and choosing the beautiful two-tone grey finish for the bodywork.
Since completion of the painstaking restoration, the excellence of the work has garnered a Senior First Prize in Auburn Cord Duesenberg Club judging, Best Duesenberg at the Club’s West Coast Meet (twice), and the Antique Automobile Club of America’s Auburn Cord Duesenberg Trophy, recognizing it as the finest ACD automobile shown that year. Not merely a showpiece, the Duesenberg also “goes” very well, as its previous owner has enthusiastically enjoyed it on several tours. It has also been fully Certified Category One (D-008) by the Auburn Cord Duesenberg Club.