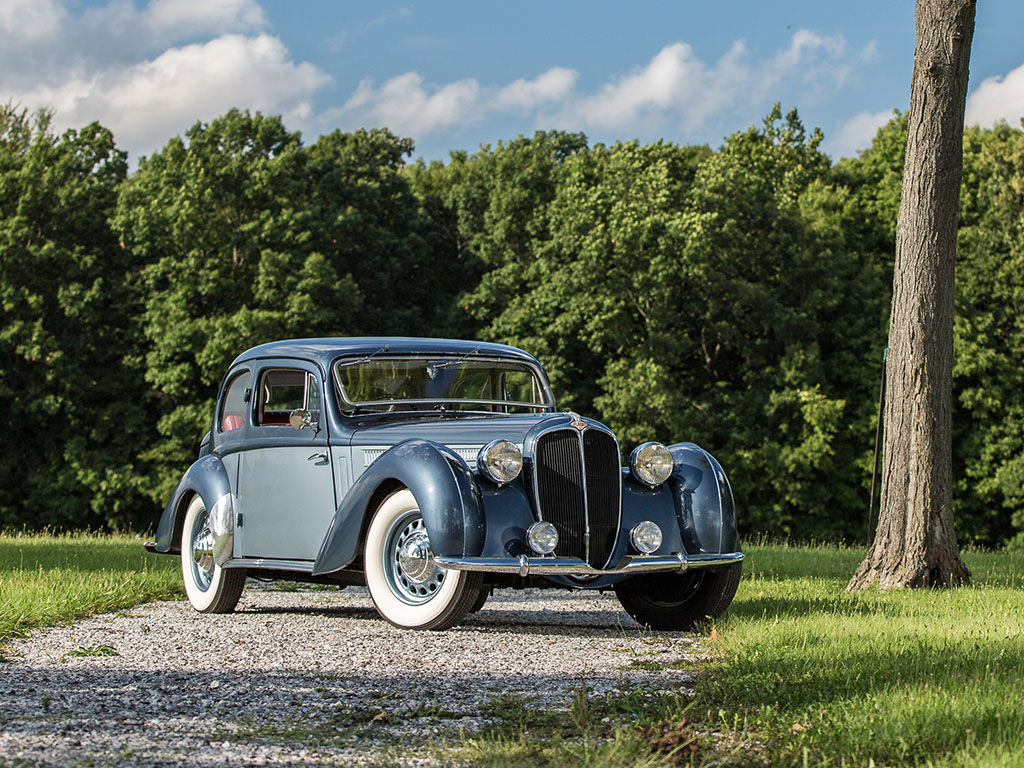 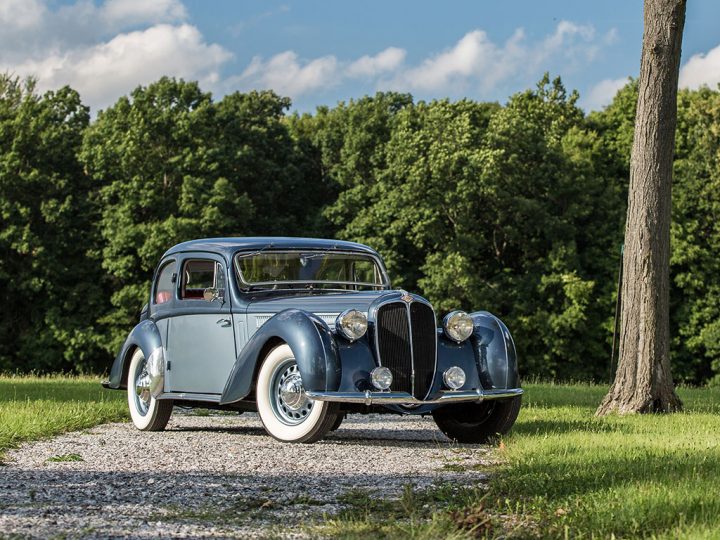 The early post-war Delahaye 135 M presented here, chassis number 800410, was beautifully crafted by the famed French coachbuilder A. Guilloré as a five-passenger coach, with excellent and well-proportioned lines and styling. According to the current owner, the car was subsequently delivered to an original owner in Amsterdam, the Netherlands, where it was acquired in 1952 by Canadian enthusiast Ralph McNight and exported to Quebec. Subsequent Québécois owners were Jean Charest and Leon Frechon, before the current owner purchased the car in 1960. In over half a century of care, the car has had its original “matching numbers” engine gone over and fitted with new bearings, during a thorough overall of the chassis before a full body-off restoration, performed in 1993 by well-known Canadian craftsman Peter Fawcett. The body was refinished in a subtle and attractive two-tone metallic color scheme, which contrasts beautifully with the handsomely appointed red leather interior. The owner reports that the car has always been well maintained during his ownership, including recent re-lining of the brakes and new batteries. It is accompanied by a collection of original paperwork, including owner’s and parts manuals, and documentation of ownership back to 1953, as well as by various spares, including a rare manifold for the factory triple-carburetor option. 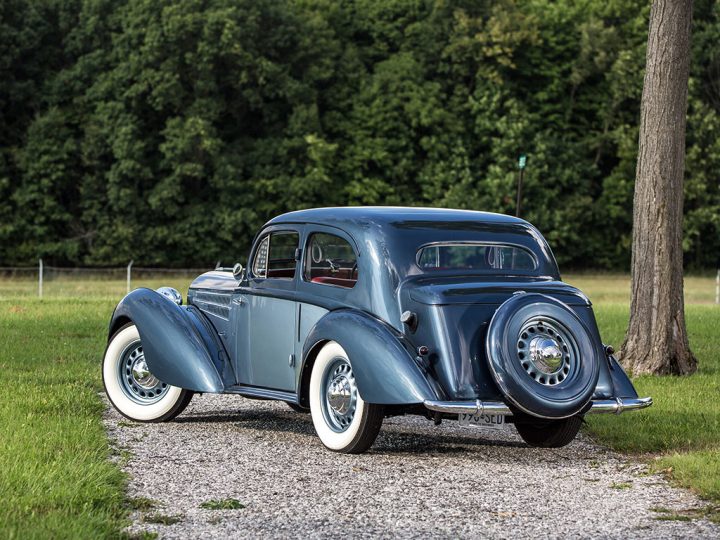 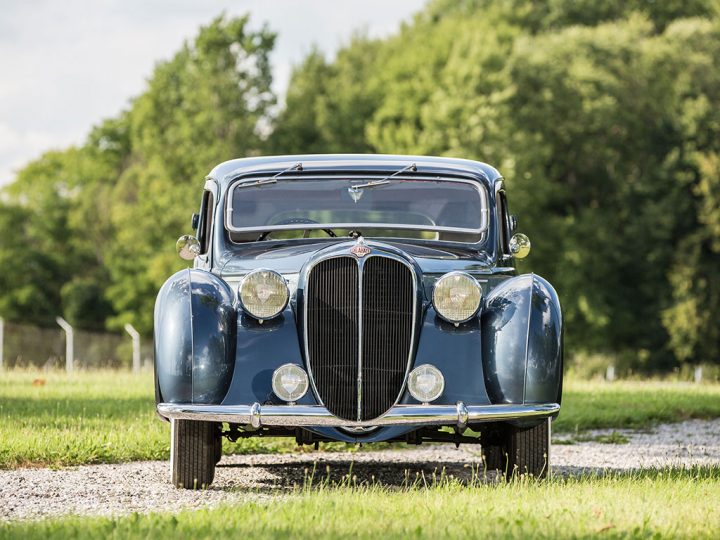 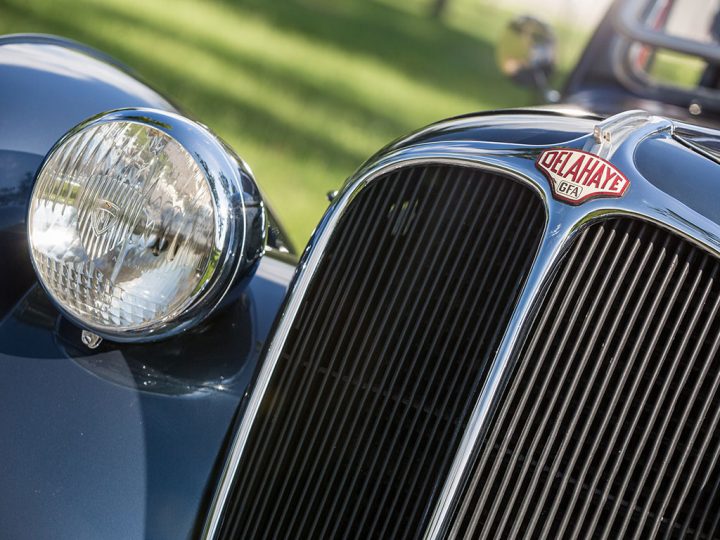 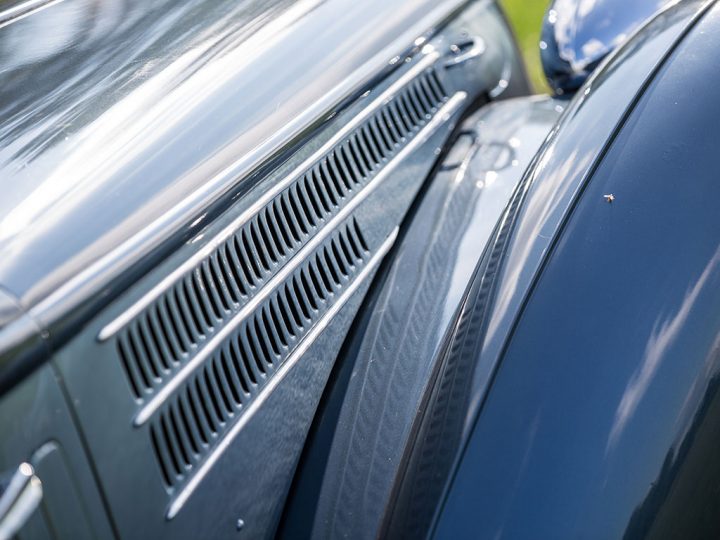 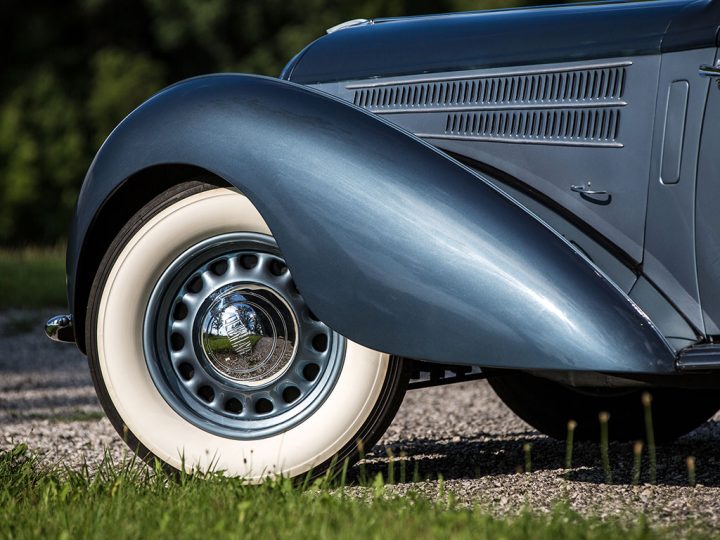 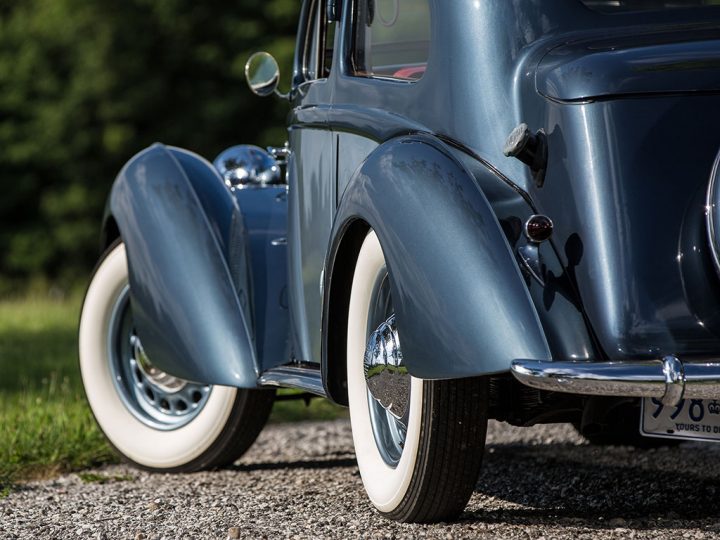 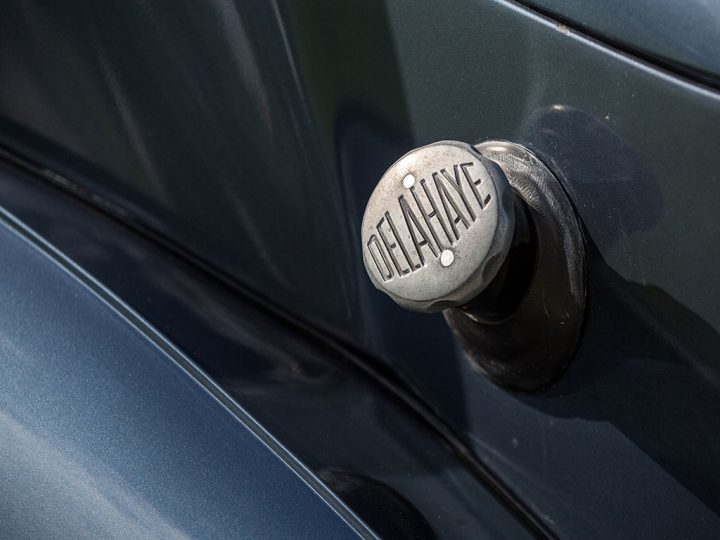 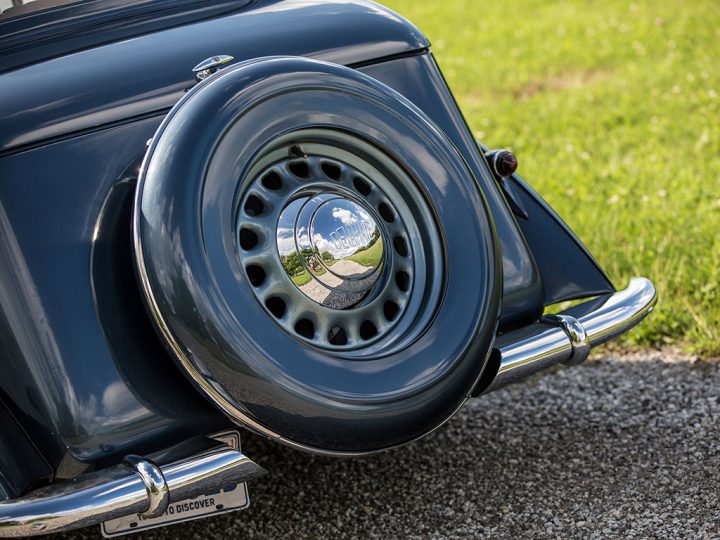 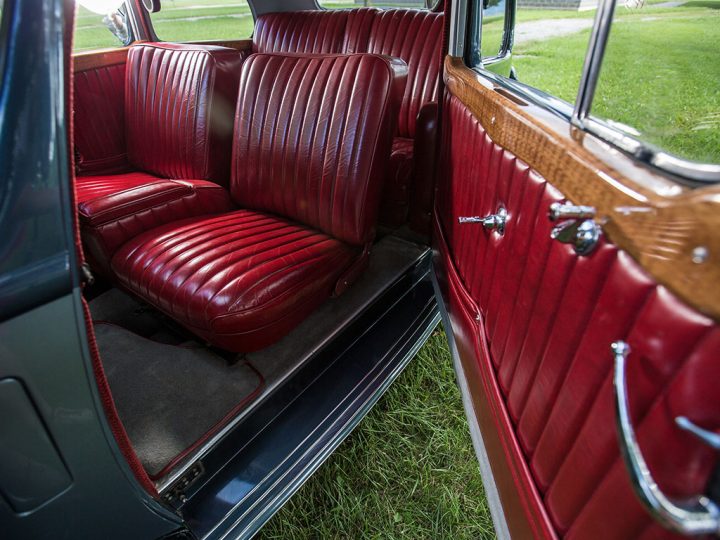 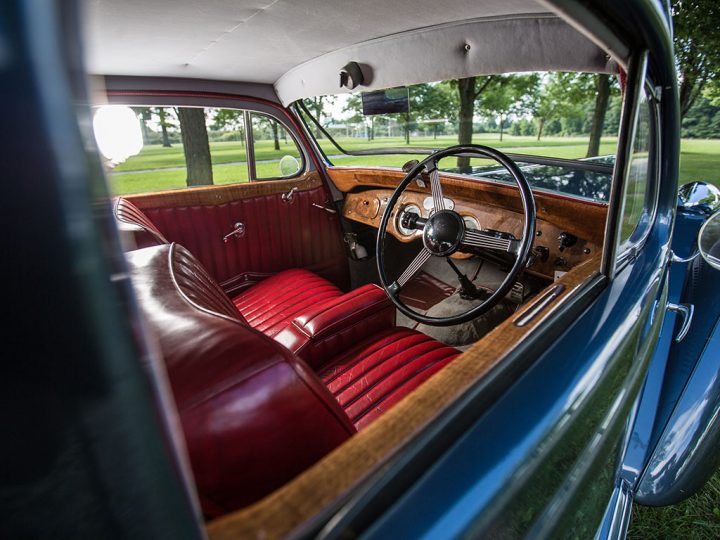 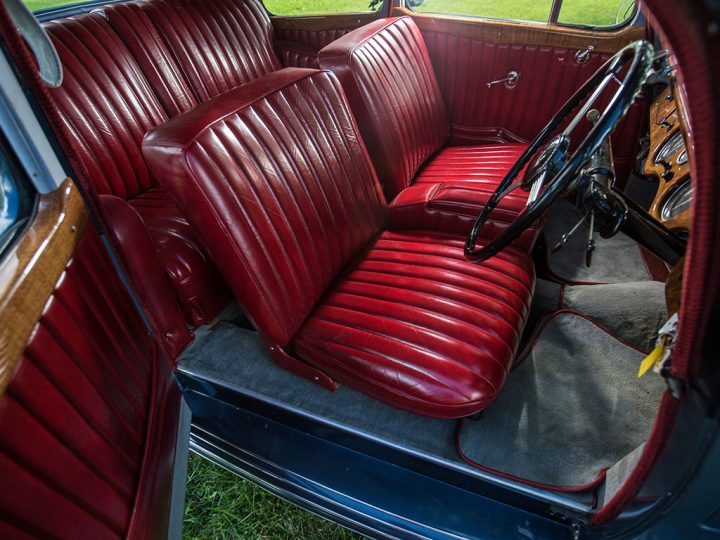 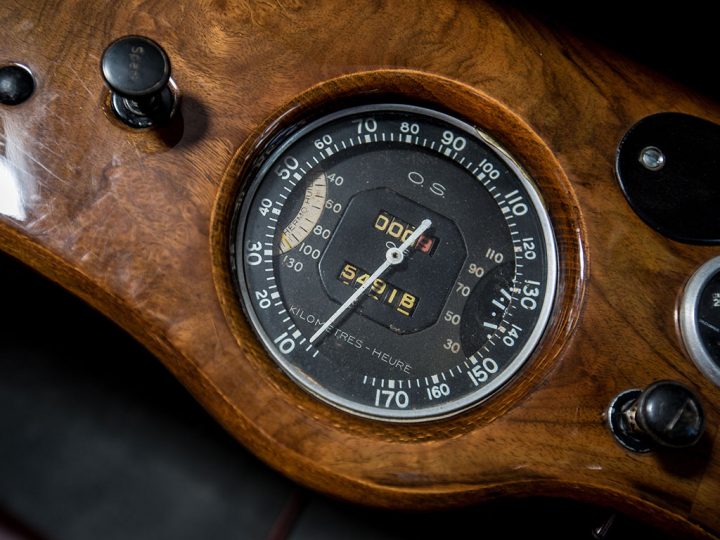 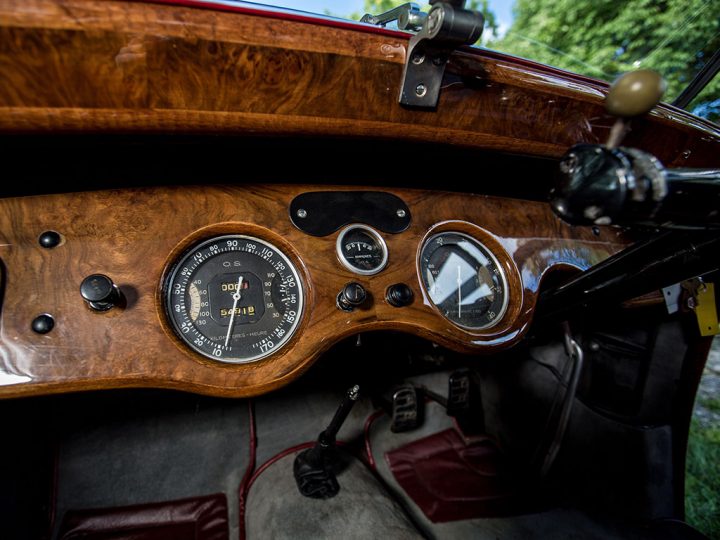 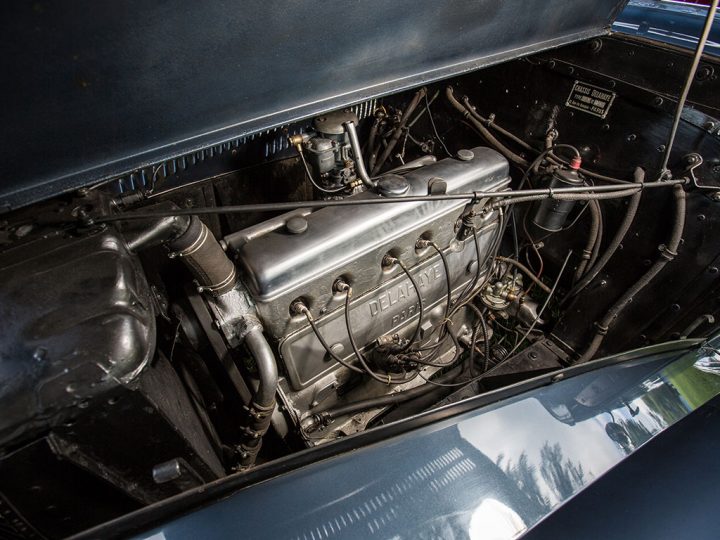 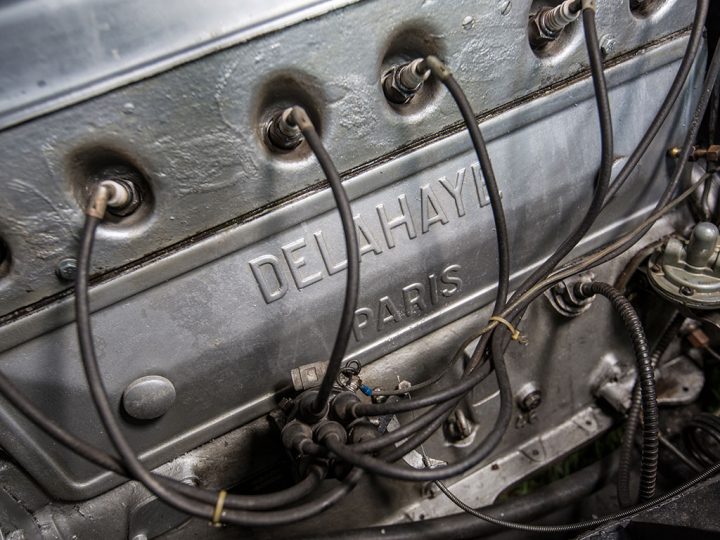 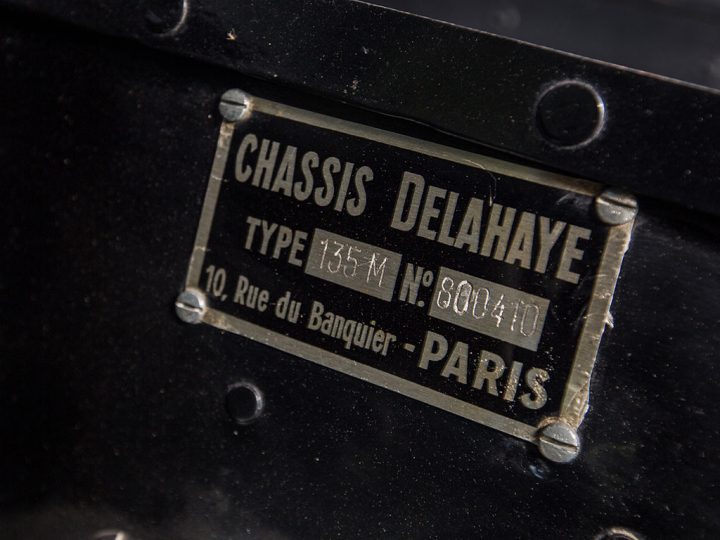