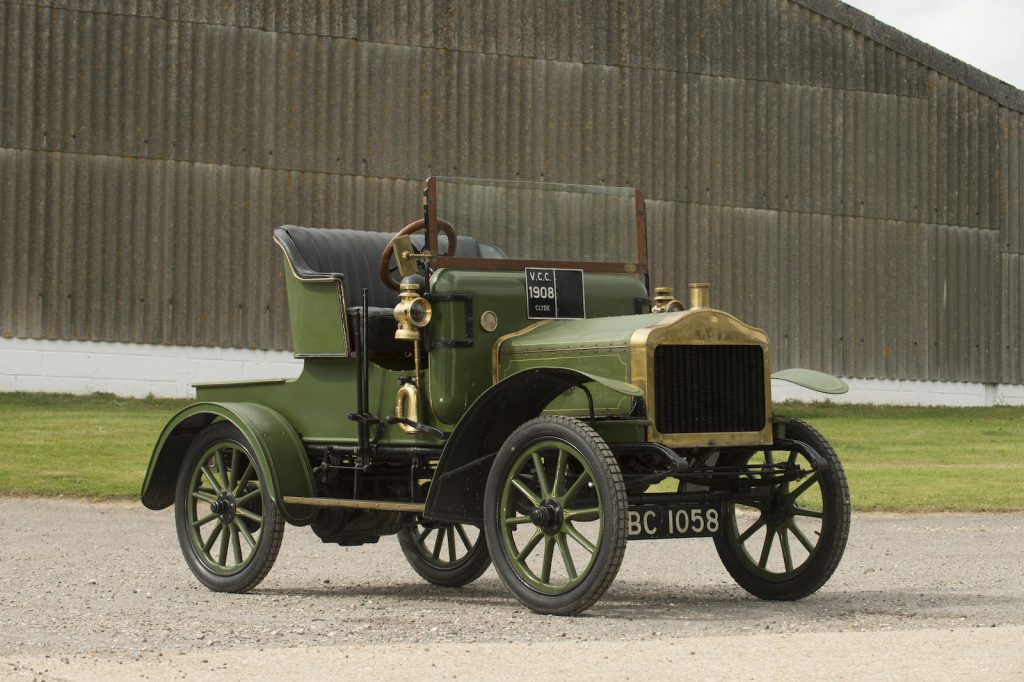 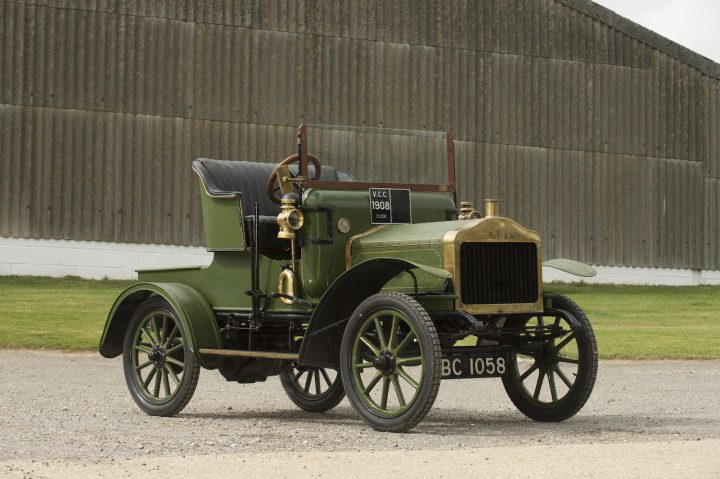 Pioneering cyclist George H Wait established a bicycle-making business in Leicester in 1890 and first turned to powered transport in 1899. The Clyde Cycle & Motor Car Co Ltd was incorporated in 1901, and the first car to carry its name appeared that same year. Clyde used White & Poppe and Aster engines, and also built motorcycles. Together with bicycles, the latter formed the bulk of production, and when the original Clyde company was liquidated in 1905 it had built an estimated 245 cars. Although Wait then concentrated on garage work, he did build a few more Clydes, that offered here being one of only three known survivors. After WWI George Wait continued in business as a motor dealer and agent, and even built a few Clydes in the 1920s. 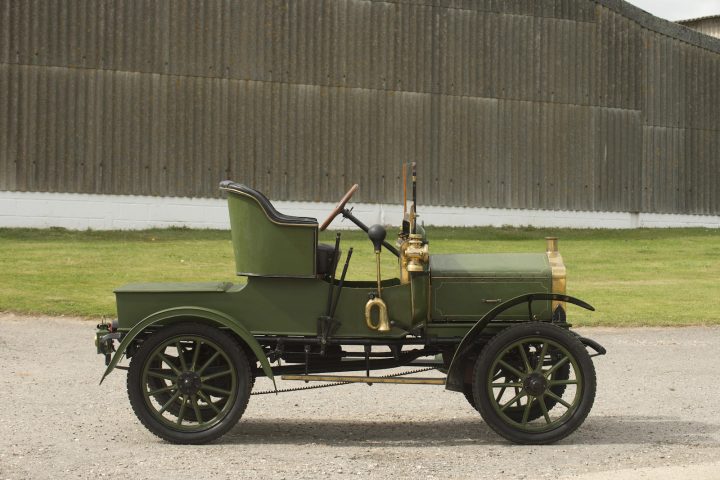 Manufactured in 1908 and powered by a twin-cylinder White & Poppe engine, this particular Clyde was first registered in October 1920 (after the passing of the Roads Act) to one Barry Phipps of Leicester. An old-style buff logbook on file shows that the car was owned by George Wait himself from 1952 to 1956; it then passed to one Derek Blackburn of Peterborough. The logbook refers to ‘BC 1058’ as the ‘Dr Hilley car’, though the significance of this is not known. 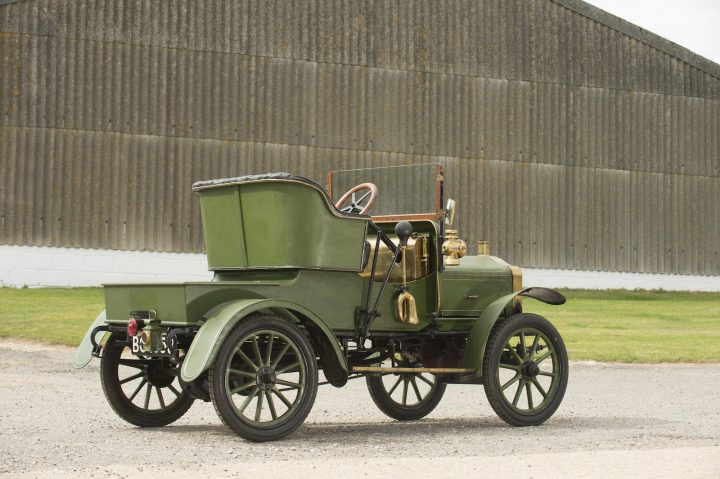 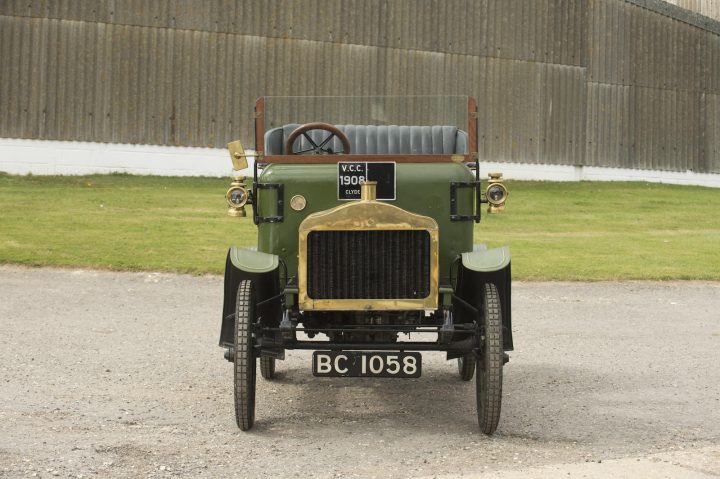 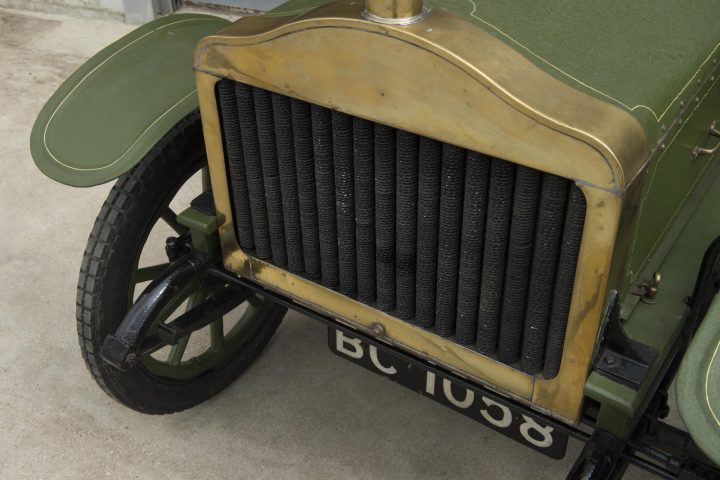 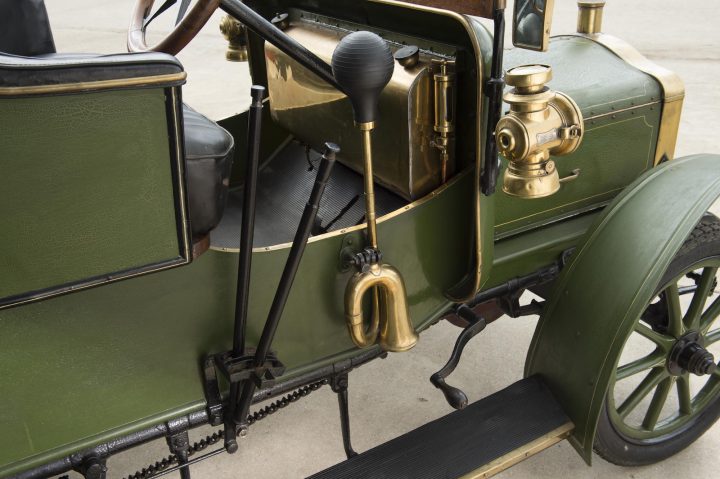 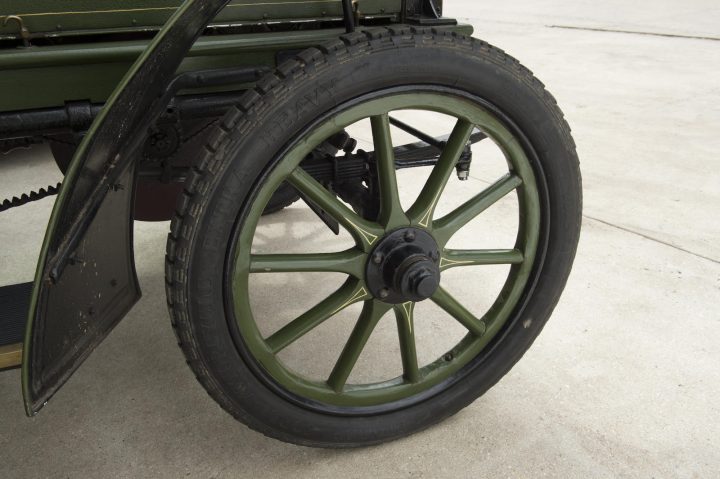 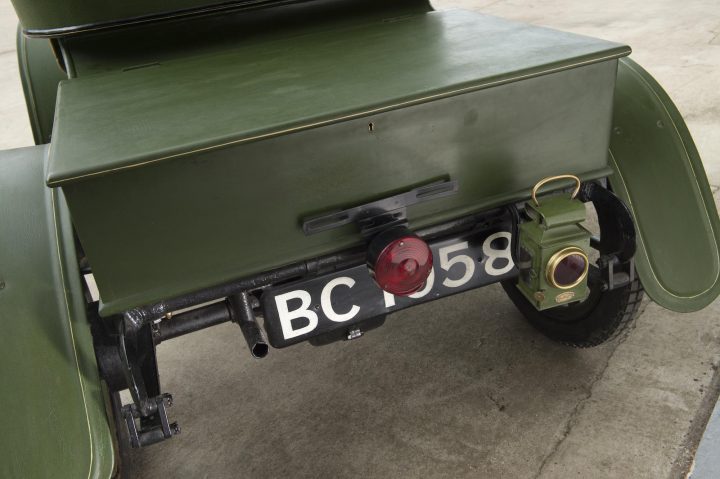 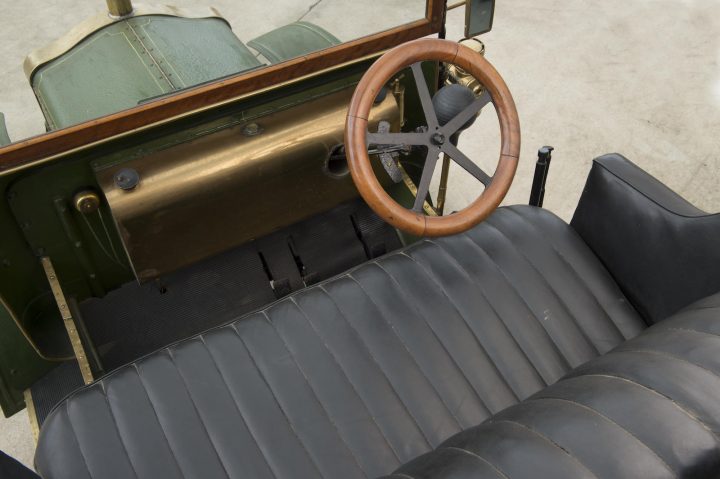 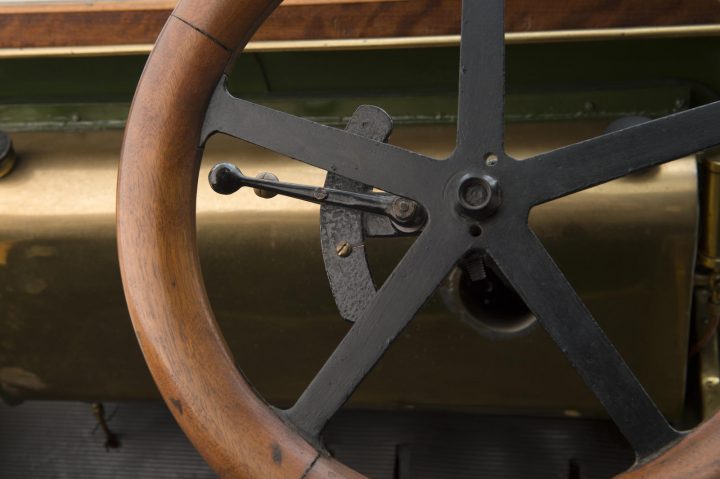 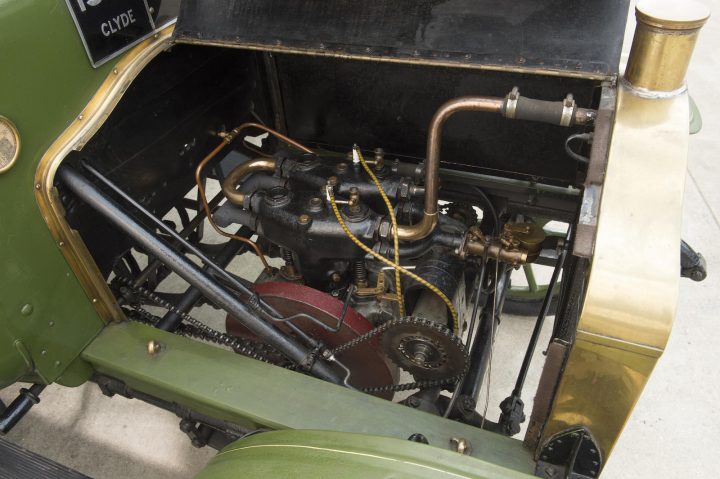 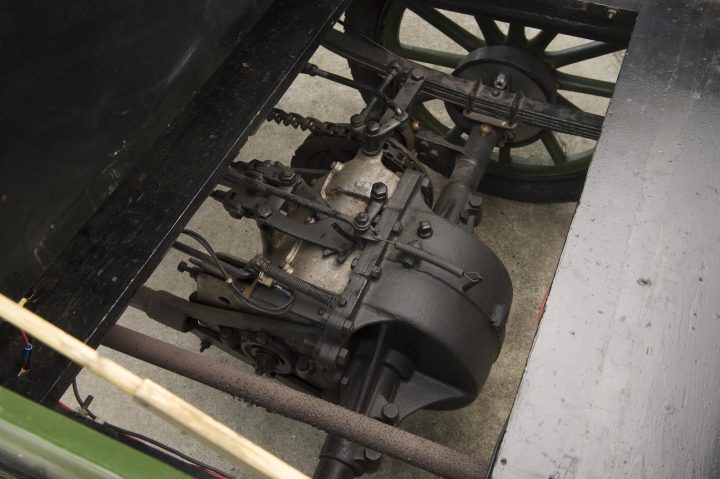