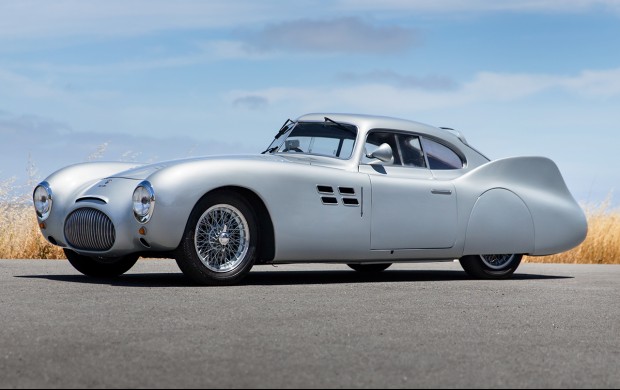 Before WWII, Italian industrialist Piero Dusio had built up the Consorzio Industriale Sportivo Italia (Cisitalia), a successful conglomerate with significant interests in textile and hospitality industries, as well as sporting goods and banking. He was also a multitalented athlete – a star soccer player and a remarkably good racing driver. Dusio dreamed of creating a car of his own and possessed the means to pursue his ambitious vision of building a full line of superb racing cars. 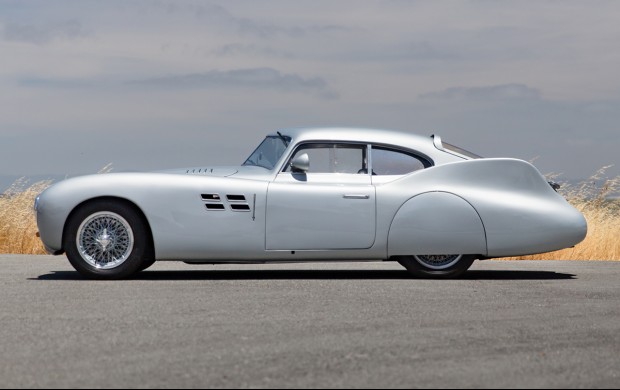 When the war ended, super-salesman Dusio enticed Fiat engineers Dante Giacosa and Giovanni Savonuzzi to join in his exciting new automobile project. The first Cisitalias were the beautifully engineered 1.1-liter D.46 monopostos. These innovative single-seaters were the first racing cars to use a full space-frame chassis. Armed with a fully independent front suspension and a brilliant pre-selector gearbox, the cutting-edge Cisitalias also featured a heavily reworked Fiat engine that produced 60 bhp thanks to the addition of a high-performance cylinder head, dry-sump lubrication, and twin Weber carburetors. 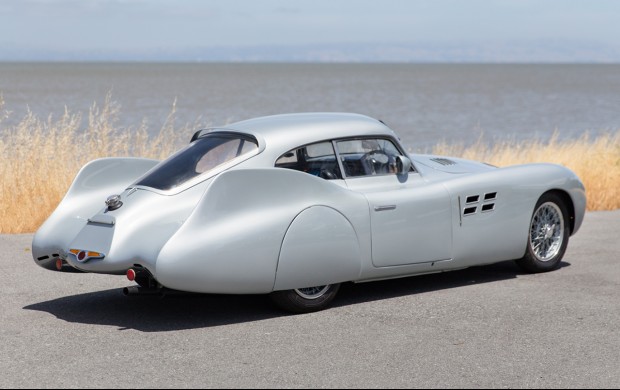 The first Cisitalia monopostos were introduced in September 1946 at the Coppa Brezzi at Valentino Park in Torino. In one of Italy’s first postwar racing events, the grid included seven Cisitalias, a variety of Maseratis and Simca-Gordinis, as well as Enzo Ferrari’s new Auto Avios. With some of Europe’s top driversin contention, Piero Dusio drove his own Cisitalia to an outright victory.

Although Dusio had his sights set on a Cisitalia Grand Prix car, the logical next step was to produce a series of road-going sports cars that had much in common with the advanced D.46 monoposto. 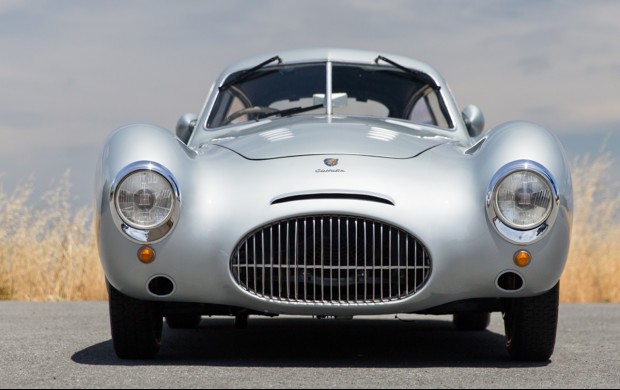 Charged with the design of a sports car chassis, Giacosa fashioned a tube frame similar to the single-seater but widened just enough for two people. With a suitable foundation, Dusio commissioned several Torino coachbuilders to submit designs for his new sports car.

The first two-seater chassis was delivered to Carrozzeria Colli, which quickly prepared a coupe body to be used for development purposes. The second chassis was sent to Alfredo Vignale, the former shop foreman at Carrozzeria Stabilimenti Farina, who produced a sensational body based on Savonuzzi’s wind-tunnel-tested design for a streamlined fastback coupe, that would become the 202 CMM, or Coupe Mille Miglia. This design featured full-width sides, a sloping hood, and dramatic fins on the rear fenders, elements that would influence automotive styling for the next decade. Amazingly, this 1,100 cc sports car managed 201 kph during high-speed tests carried out on the Torino-Milan motorway. 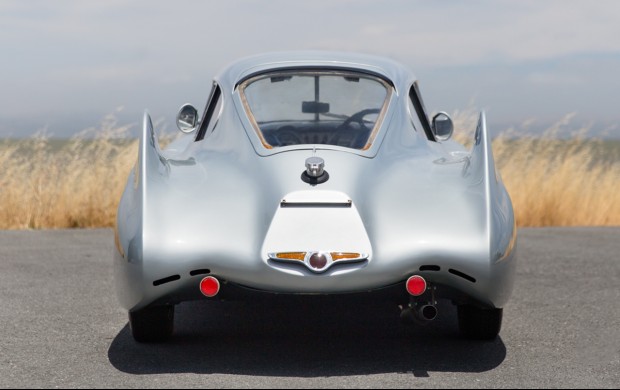 The second of just two examples built, Cisitalia 202 CMM chassis 002 featured a slightly enlarged 1,220 cc engine and was given to famed driver Piero Taruffi to race in the 1948 Mille Miglia. Taruffi had driven coupe 001 in the 1947 running, but a failed piston forced his retirement not far out of Brescia. Unfortunately, his drive in 002 in the 1948 Mille Miglia suffered a similar fate, and he was forced to withdraw once again. Later in the year, however, Taruffi drove 002 to a 1st in Class and 4th Overall finish at Pescara.

When Dusio left the Cisitalia Company in 1949, he relocated to Argentina, and 002 soon followed. The car was campaigned in numerous Club de Automóviles Sport racing events by a number of drivers, including Carlos Pérez de Villa, César Tesoriero, and David Herschberg, who may have each briefly owned the Coupe in the early 1950s. 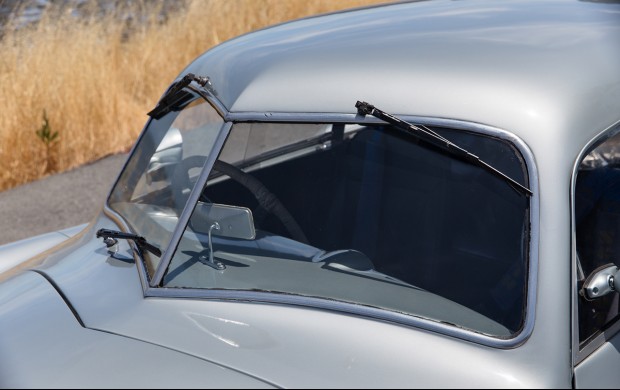 By 1974, 002 was found stored in Uruguay, in remarkably complete and intact condition. The CMM was then owned by Julio Quinteiro, an Argentinean ambassador; it was under his ownership that Pincho Rocha was retained to restore the car. By the late 1970s, the Coupe had been purchased by famed Argentinean journalist and passionate collector Enrique Sanchez Ortega, who campaigned the stunning silver Cisitalia coupe in various motoring events in Argentina. Mr. Ortega eventually traded 002 to his compatriot Lucio Bollaertfor a 3 Litre Bentley, and soon thereafter the coupe was shipped to Japan in the early 1980s under the ownership of Kiyoshi Takihana. 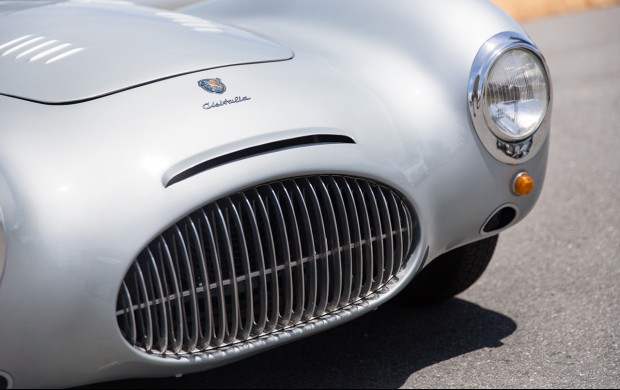 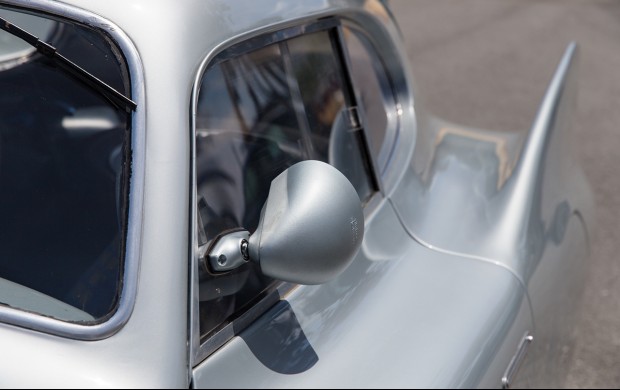 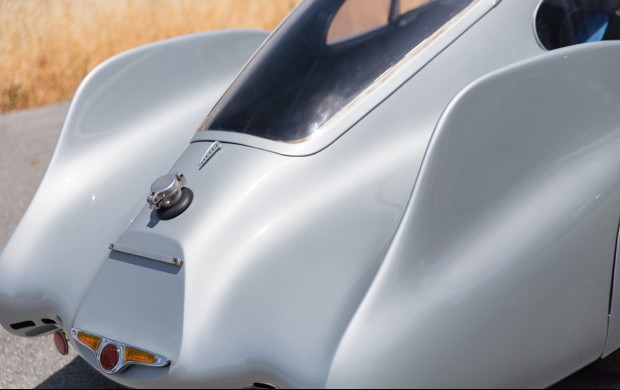 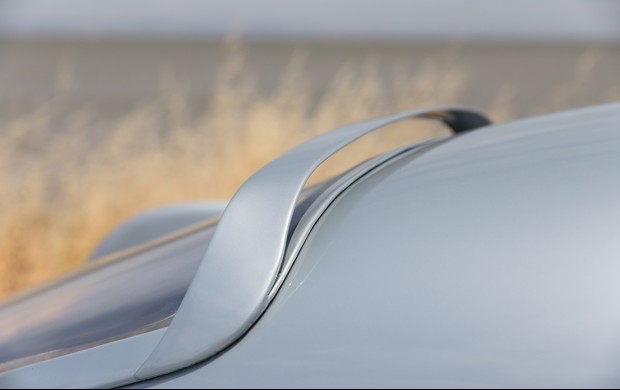 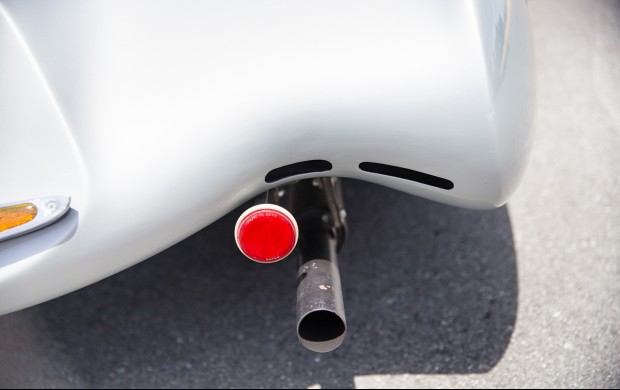 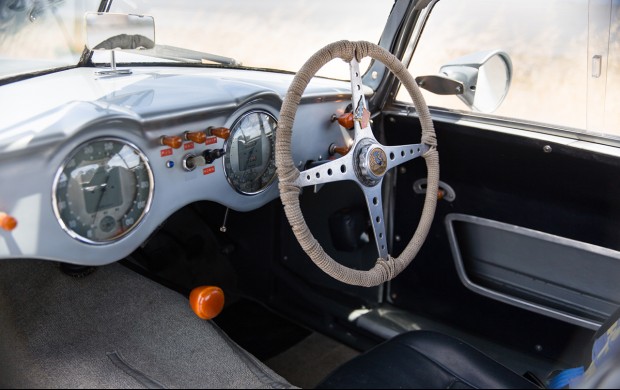 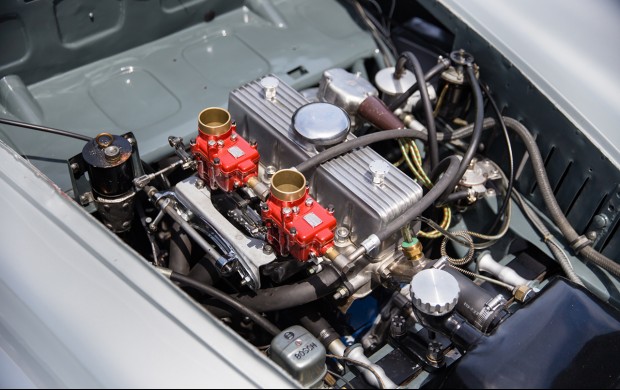 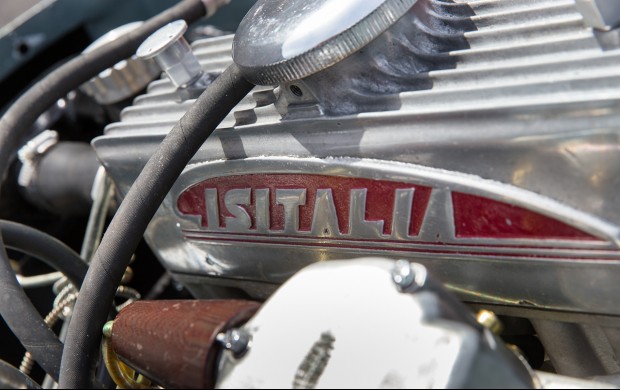