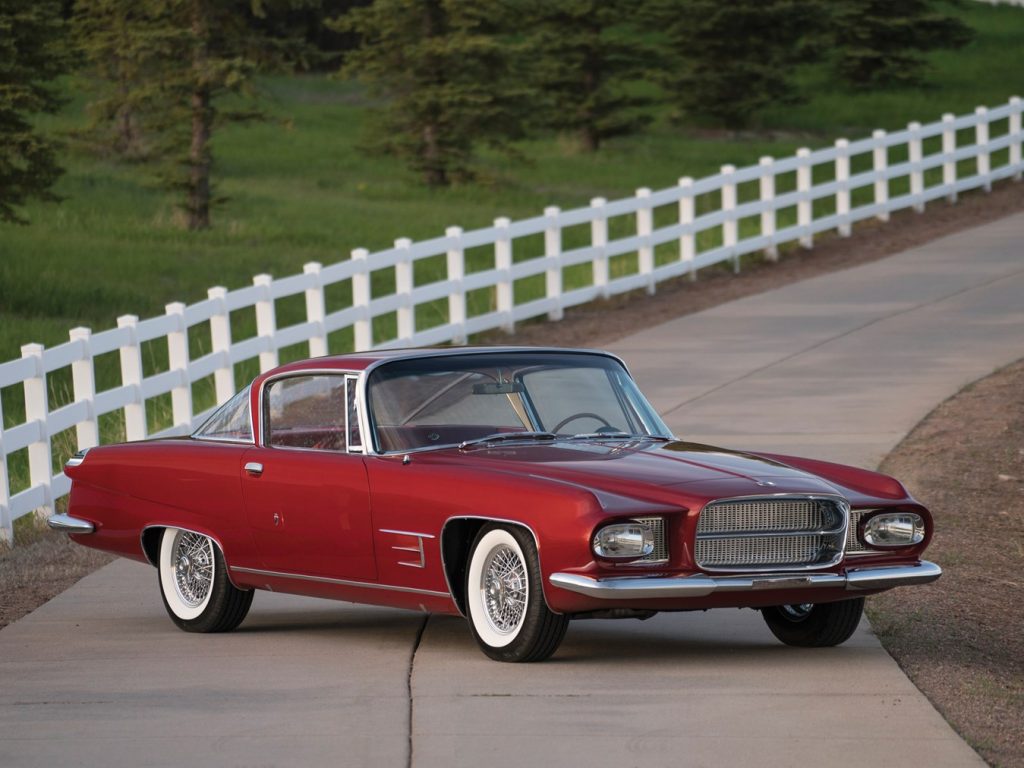 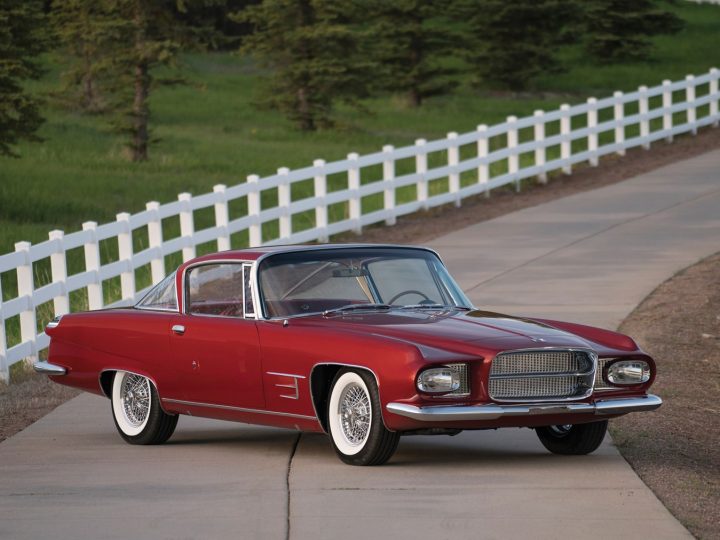 No one can deny that Eugene Casaroll fought the good fight. The Detroit businessman had taken a Chrysler concept car and developed it into a limited-production convertible, employing such features as reliable MoPar mechanicals and svelte hand-built Ghia coachwork. Not only had the car been successfully produced in only three short years since its 1956 introduction, it had also become the favored automobile of Hollywood royalty. Frank Sinatra, Dean Martin, Peter Lawford, and Lucille Ball all had Dual-Ghias in their driveways. 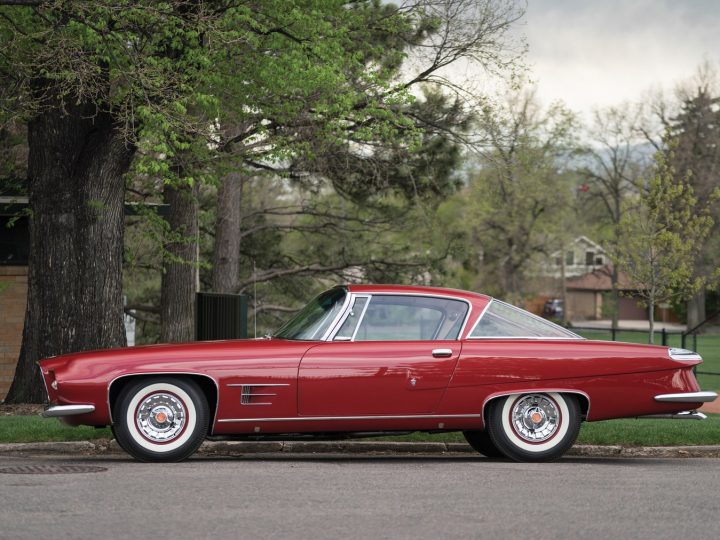 Nonetheless, by 1958, Casaroll was ailing, and business for the shipping line, which was his bread and butter, had slowed. He was not in the market to continue his success, but Vice President of Dual Motors Paul Farago was, and he and the Ghia designers drew up a second-generation model, a “two-plus-two” fastback coupe with lines refined by Chrysler’s Virgil Exner. Ghia would hand-build not only the body, but virtually the entire car, including the chassis, which was based on 1960 Chrysler suspension, and a 383-cubic inch “Wedge” V-8. As the involvement of Casaroll’s Dual Motors shrunk, the new model was simply christened the Ghia L 6.4, or “6.4 Liter,” which is the metric displacement of its engine. 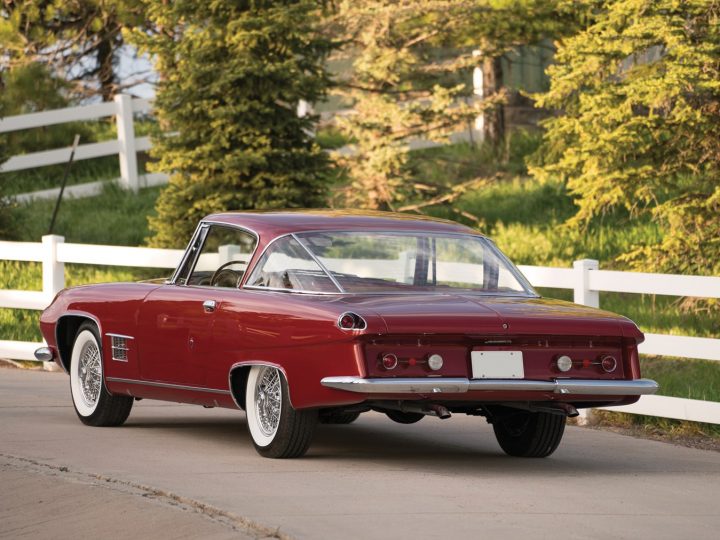 The L 6.4, priced at an astonishing $13,500, nonetheless brought back the Rat Pack—Sinatra, Martin, and Lawford—as return customers, and no one could deny that the buyer did not get his or her money’s worth, as the Ghia was among the finest-finished automobiles in the world. The price was not the problem; the problem was the cost of production and the complications that came with building a car in Italy and selling it in the United States. In the end, the L 6.4 was doomed to a brief yet glorious existence, with only 26 built and sold. 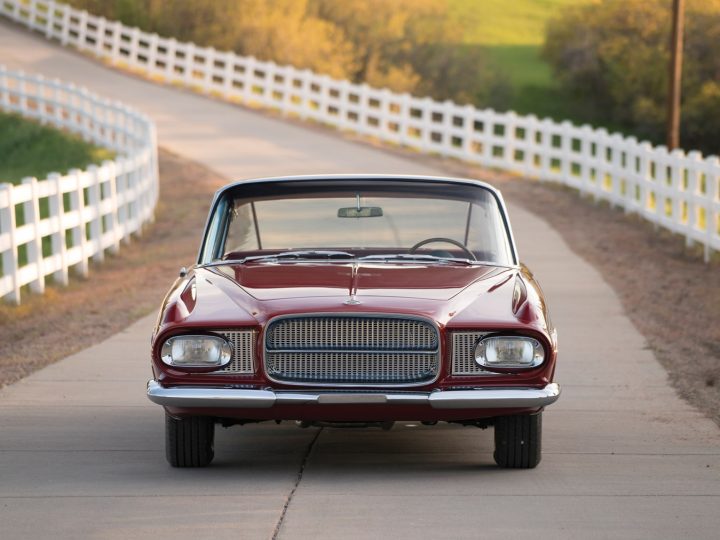 The car presented here, chassis number 0319, was the 19th of the 26 examples built. According to Dual-Ghia historian Dr. Paul Sable, the car was originally delivered in Italy, subsequently being imported in the 1980s to the United States. Its owners here have included such well-known enthusiasts as Fred Kanter, perhaps the country’s foremost Dual-Ghia collector. 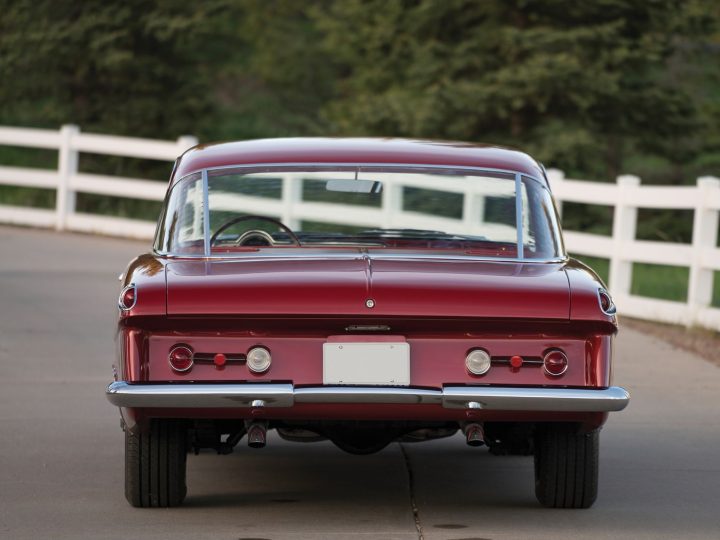 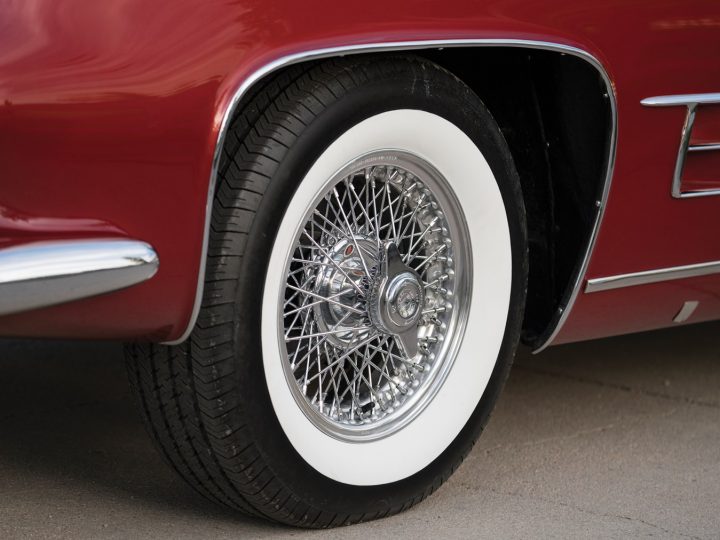 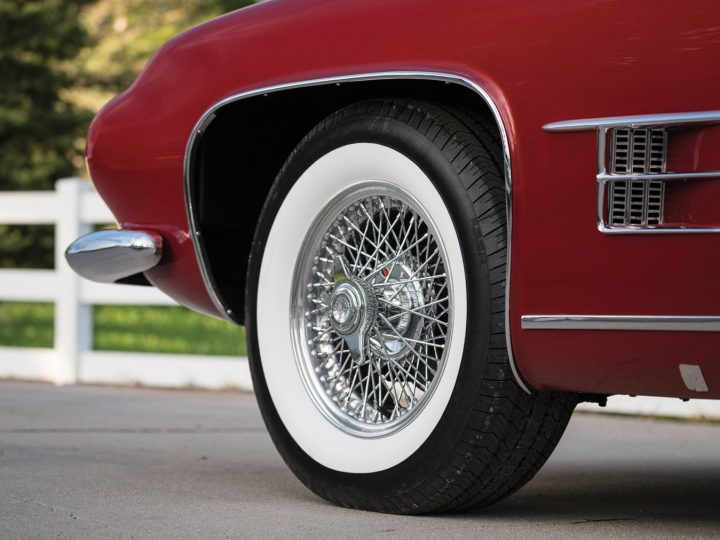 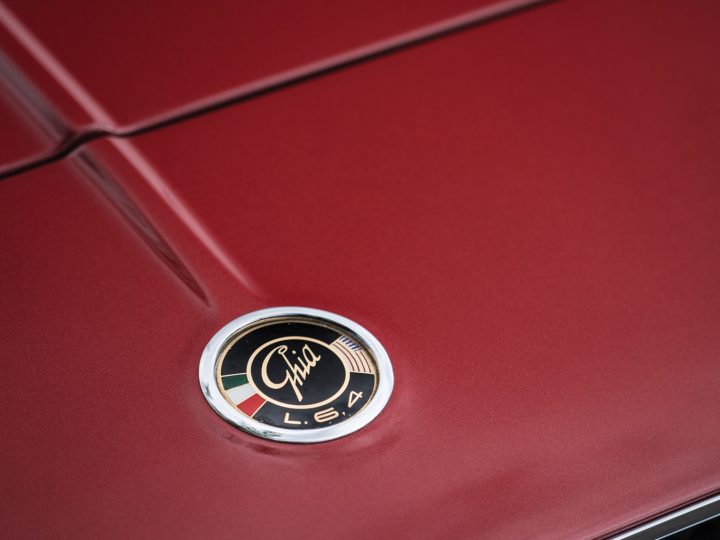 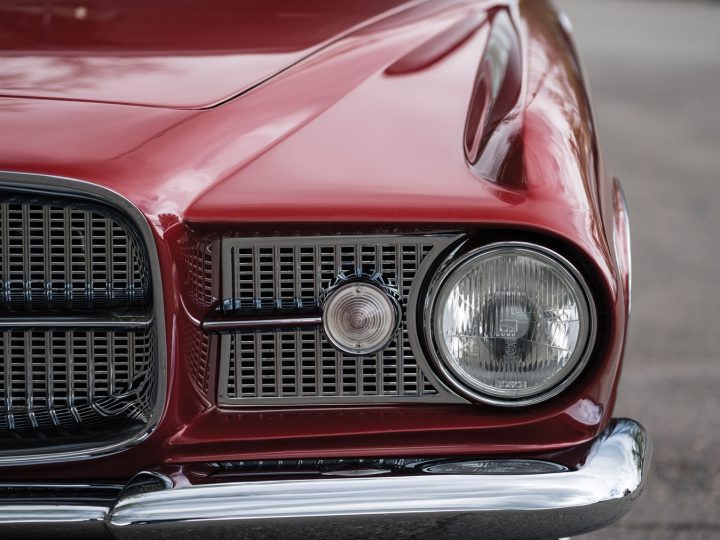 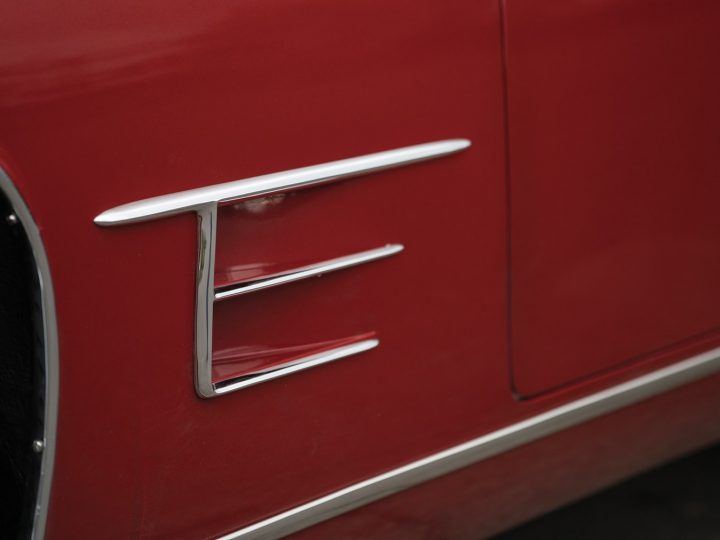 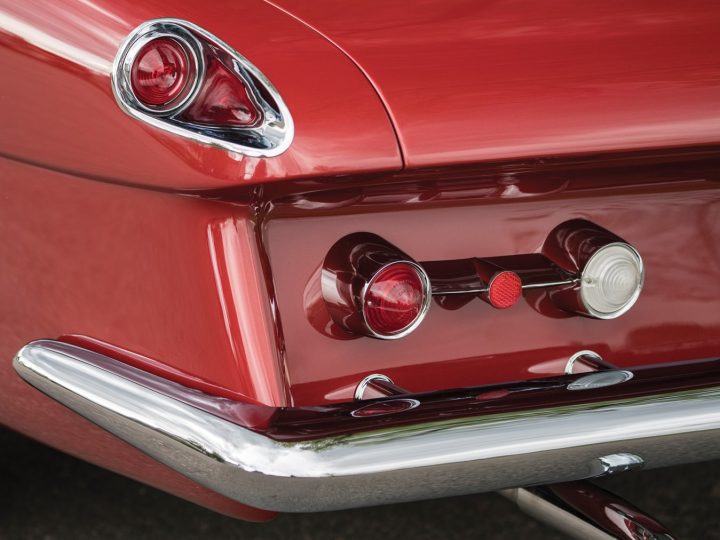 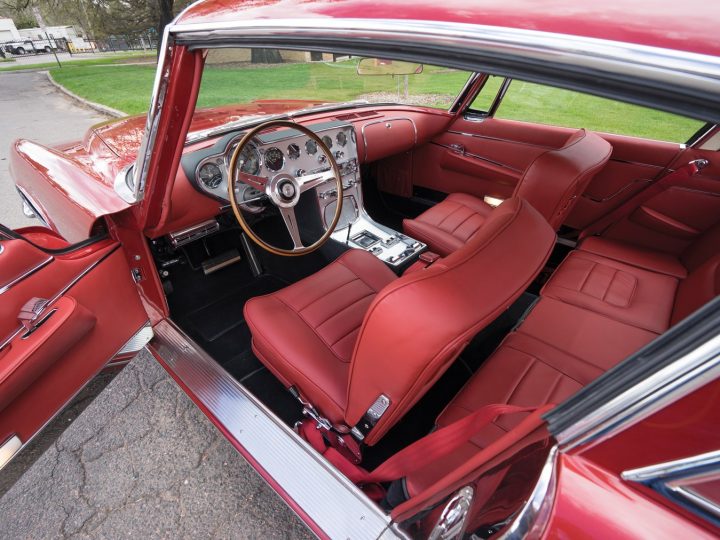 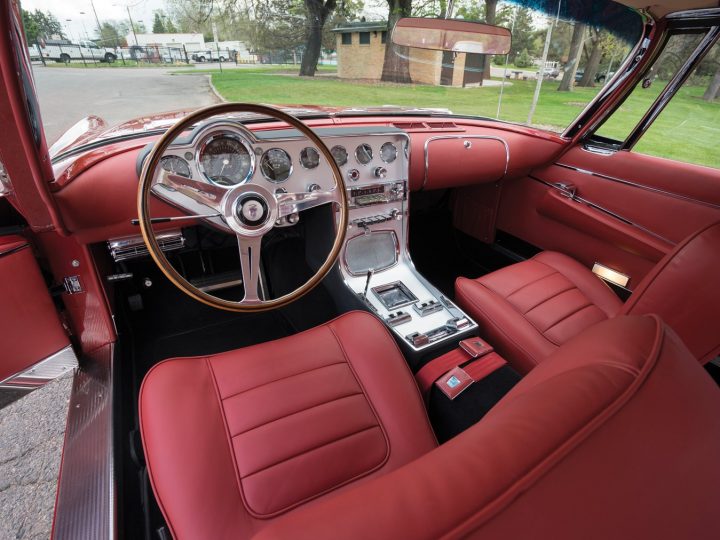 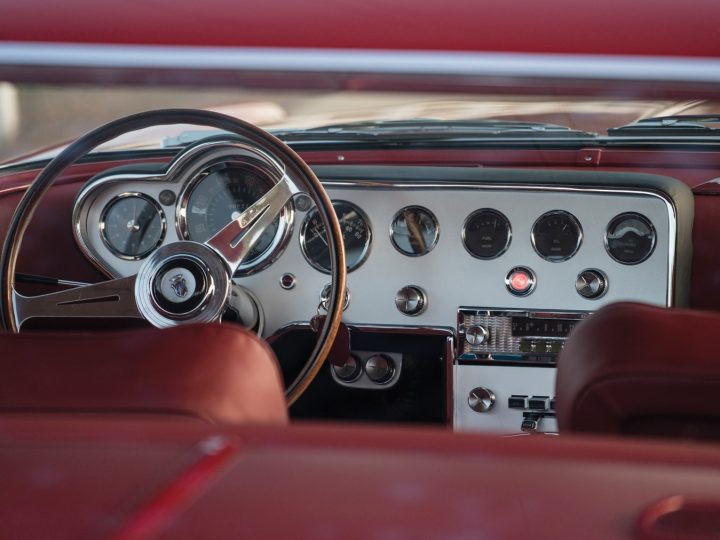 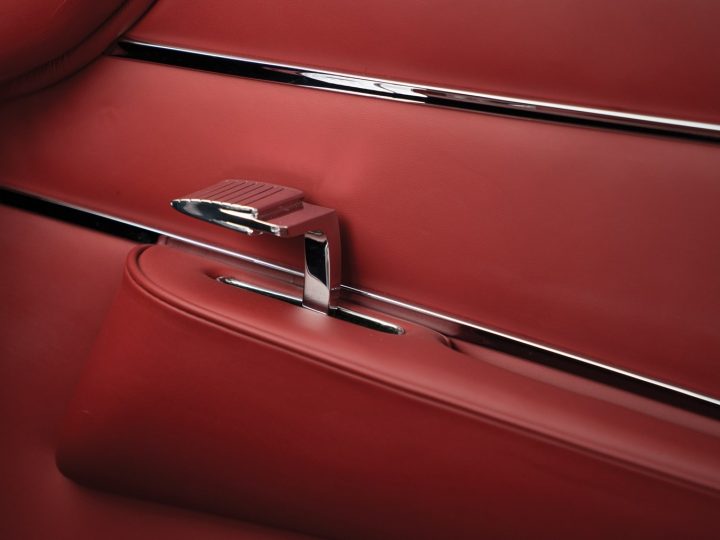 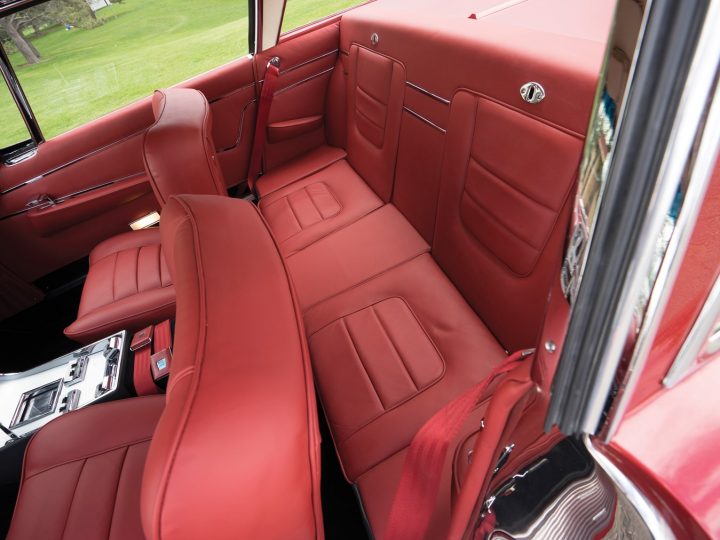 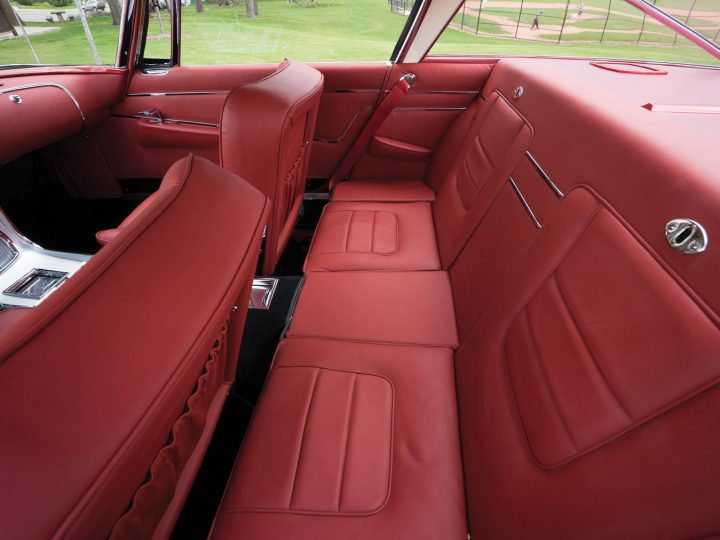 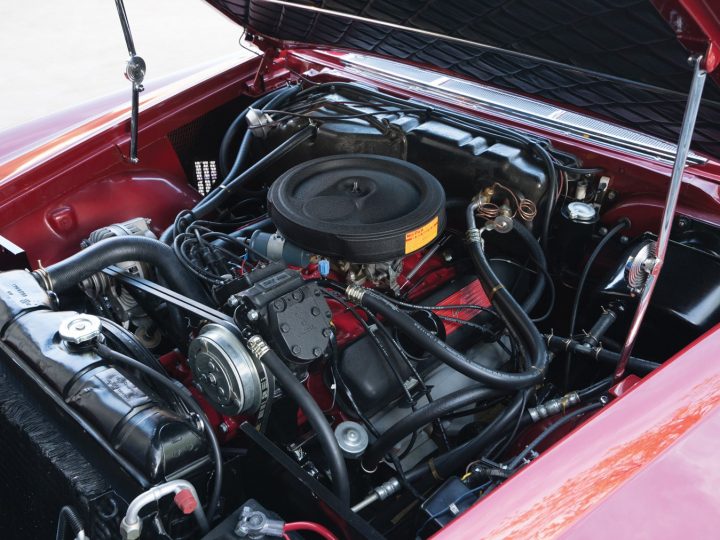 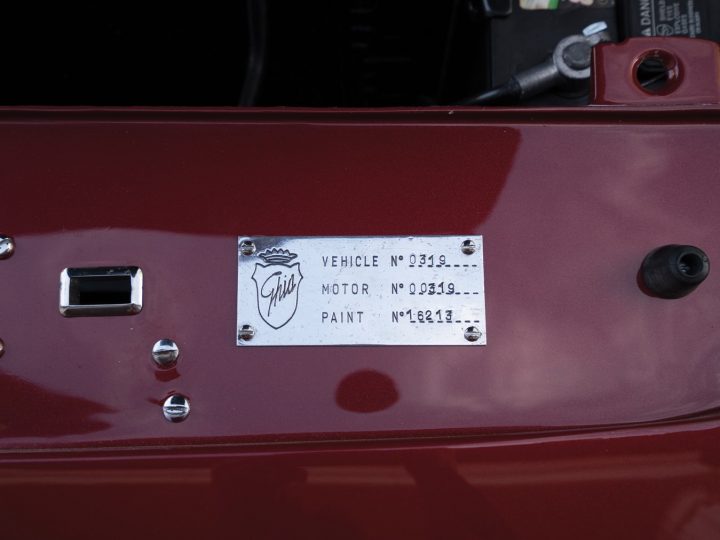