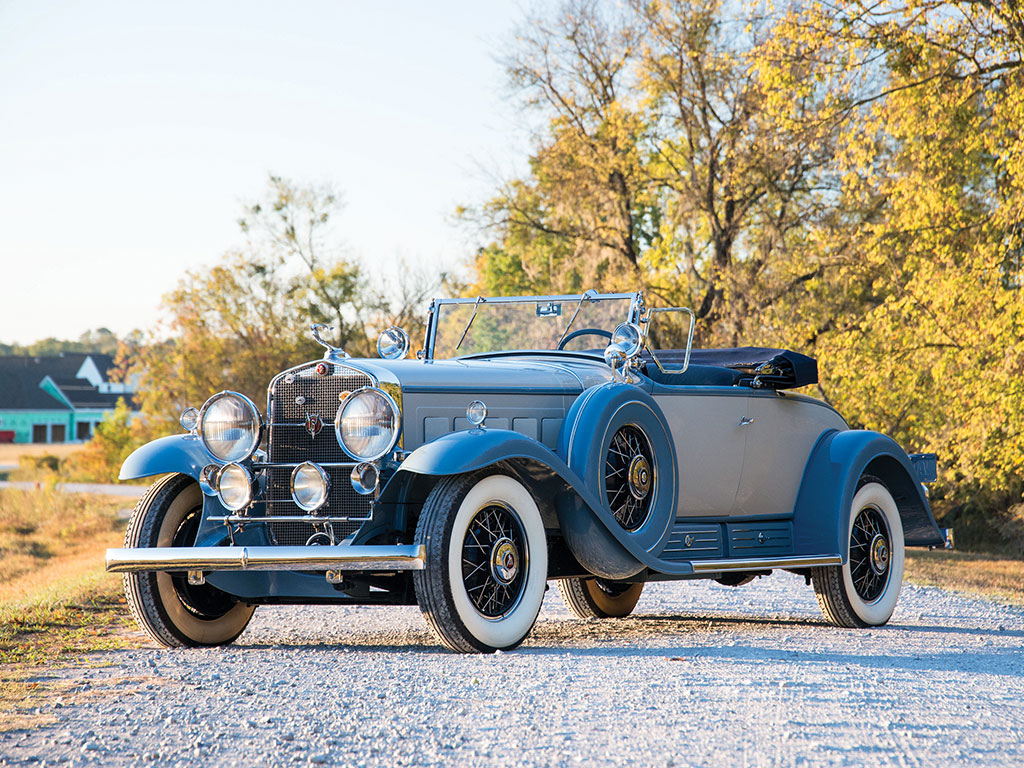 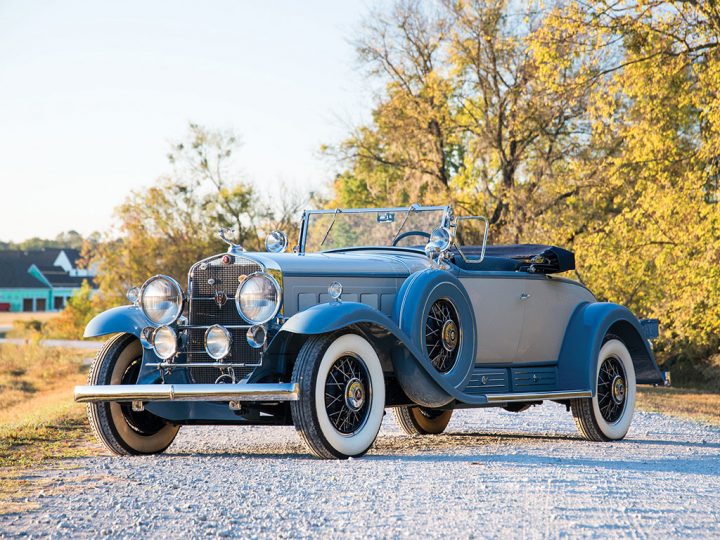 According to V-16 historian William Meffert, the roadster presented here is a very good and authentic survivor of the merely 100 produced in this fleet and sporting style, number 4302, on the 1930 and 1931 V-16 chassis. Body number 97, the car is further documented as an original roadster by a copy of its build sheet, which is on file, noting its delivery new through New York State dealer Fred Tremble. Interestingly, the car was originally all-over black, with the body moldings and undercarriage finished in Tokio [sic] Ivory – something that must have been truly a sight to behold! 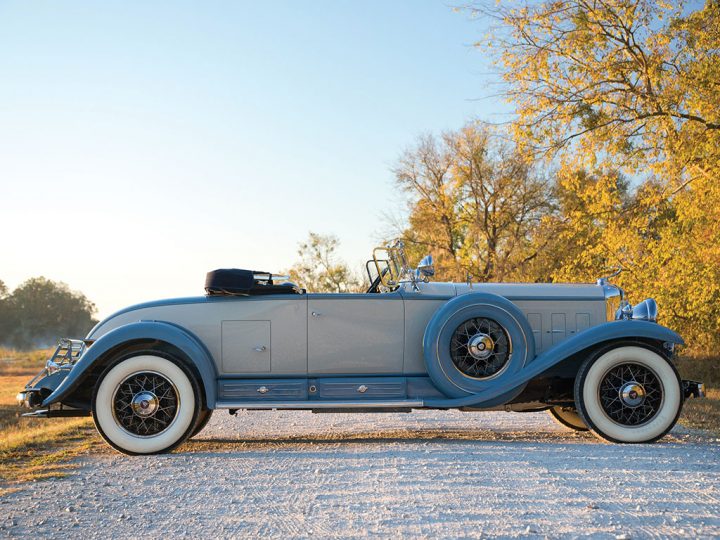 The roadster’s subsequent history is not known prior to 1961 or 1962, when it was acquired by Neil Austin, a longtime V-16 enthusiast from Florida. Mr. Austin seldom restored, drove, or sold any of the numerous treasures packed into his garage, and while he began work on the roadster, it largely sat, out of sight, until 1988. 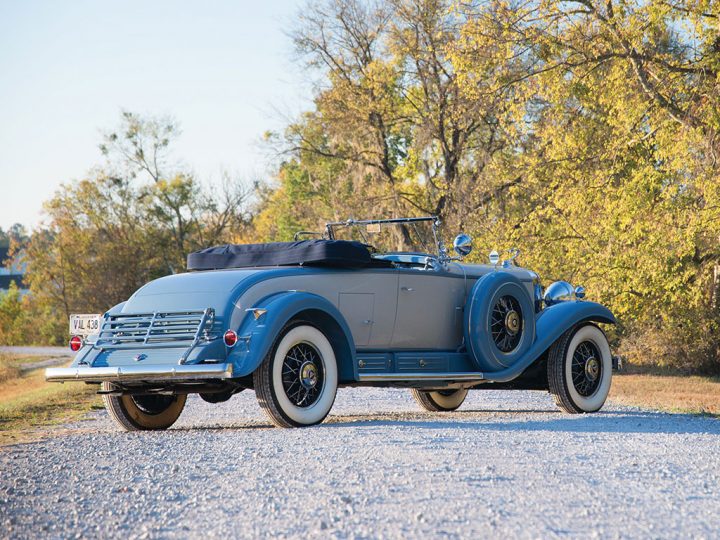 That year, the aging Mr. Austin finally elected to sell the car to well-known St. Louis collector Fred Weber, who had pursued it for many years. Mr. Weber commissioned Mark Ohm to perform a restoration of the roadster, after which it was traded to Steve Nannini. Mr. Nannini, in turn, sold the Cadillac to the present owner, a renowned American collector of the finest Full Classics, in whose care it has been maintained ever since. 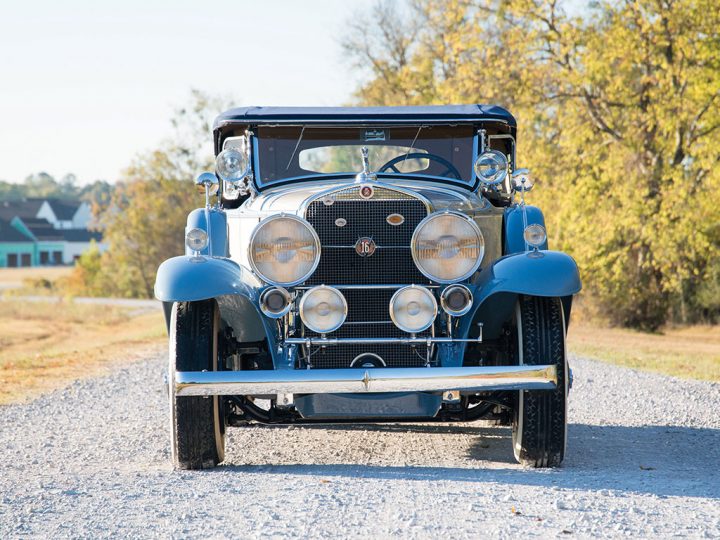 What began as mechanical work on the car in 1997 turned into a full restoration, completed in time for the 1999 Pebble Beach Concours d’Elegance. Finished in a beautiful, subtle two-tone of soft grey and blue, it was a crowd favorite that day on the Monterey Peninsula and was awarded Best in Class. The owner notes that it was taken to the CCCA Grand Classic in 2001, winning a first prize and scoring 100 points. It was returned to Pebble Beach in 2008, meaning that it will soon be eligible for its next appearance. 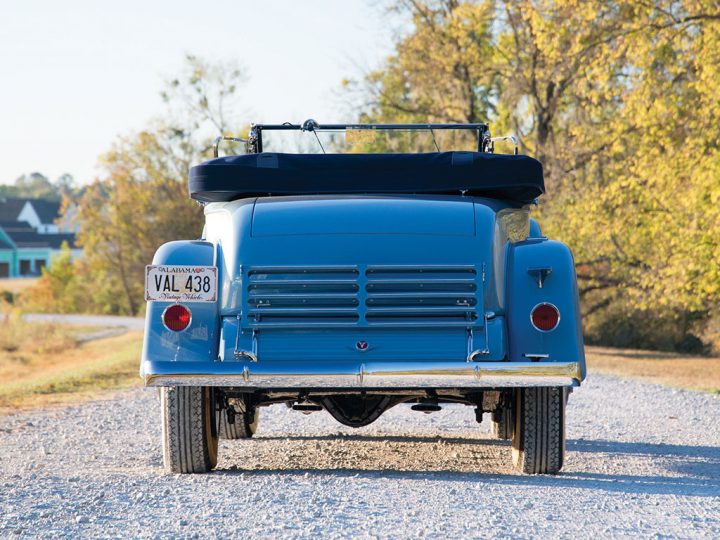 The car’s restoration has aged only gently, with minor stretching and cracking to the leather of the front seat; its paintwork and chrome trim are still beautiful and show-quality. Numerous accessories, including a radiator stone guard, Goddess mascot, dual driving lights and cowl lamps, and a driver’s side spotlight, add to the period-correct flair. Authenticity gurus will find peering under the hood especially satisfying, as the engine’s unit number, 7-2804, matches the build sheet, as does the engine number 702604, stamped on the crankcase. 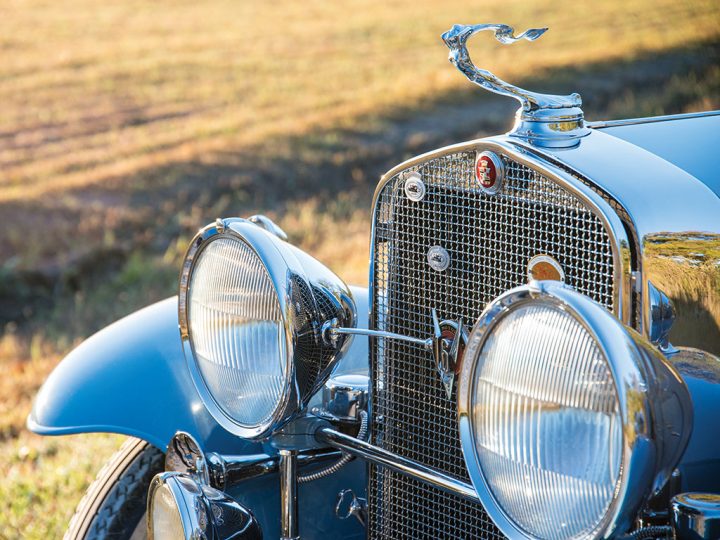 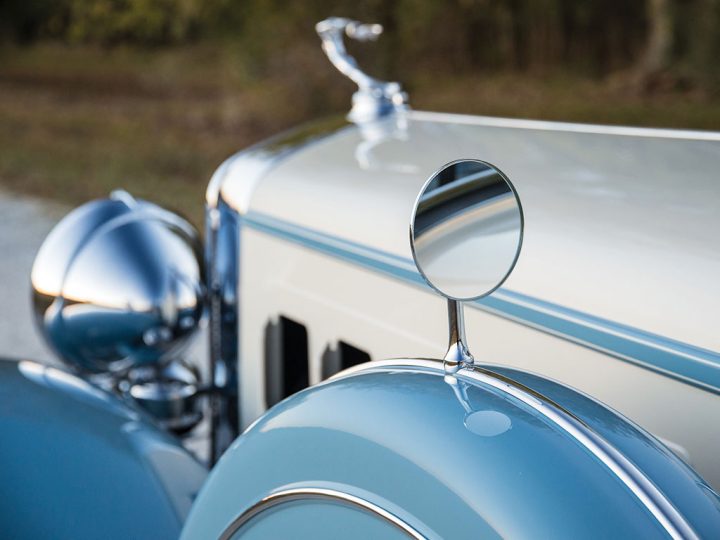 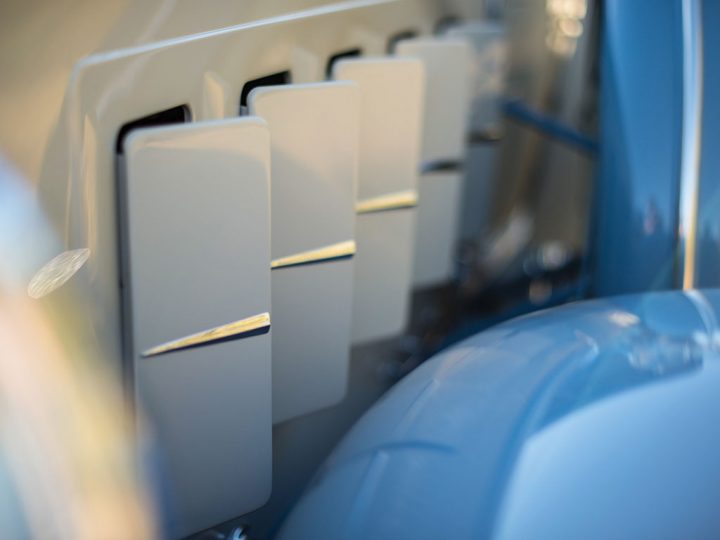 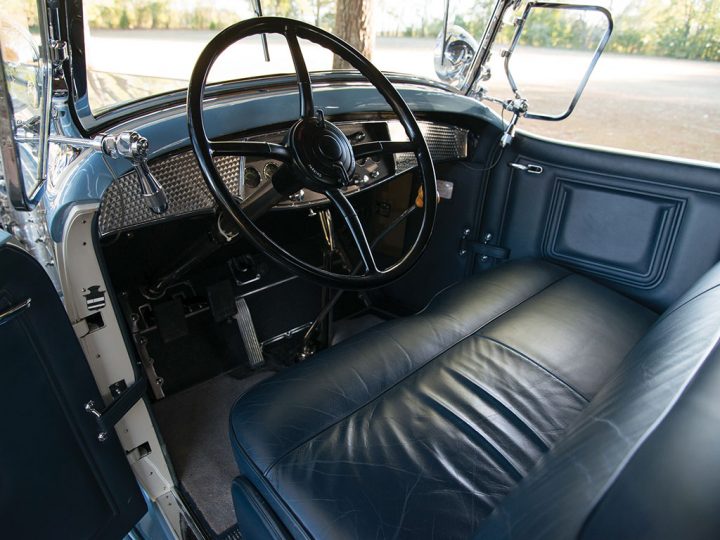 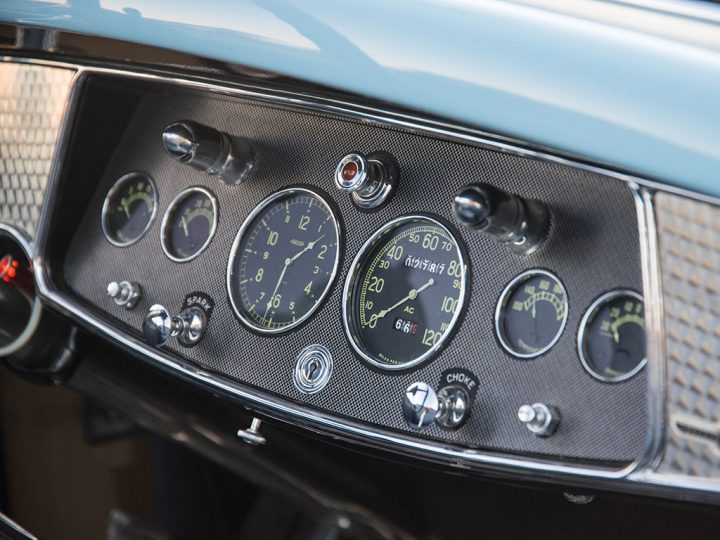 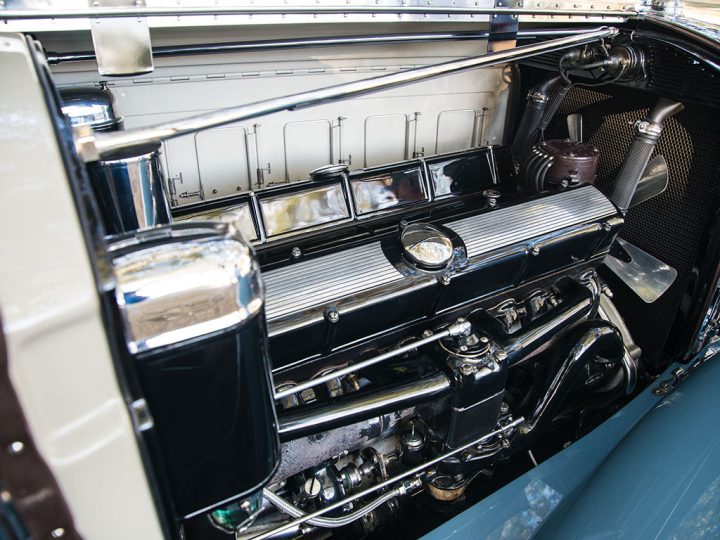