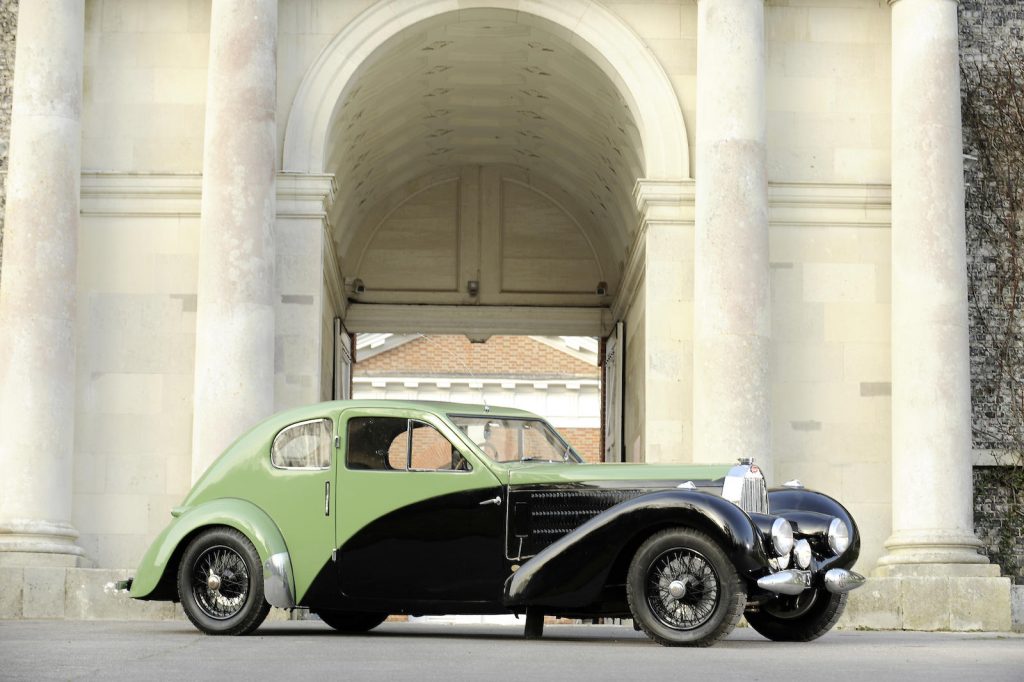 In an indication of Bugatti’s financial distress this car, frame number 278, was assigned the chassis number of a previously destroyed Type 57 Torpedo registered in Ettore Bugatti’s name, thus avoiding tax as a new car. During the next two years, until the factory was taken over in 1939 by the Nazis, it was used by Ettore Bugatti, by factory driver Jean-Pierre Wimille and others. Prior to the factory’s occupation it was spirited away to a hiding place by Robert Benoist. His adventure nearly resulted in his capture, foreshadowing his later adventures as a secret agent of the British Special Operations Executive (SOE) in occupied France and ultimate capture and execution at Buchanwald. Returned to Bugatti after the war it became the favorite car of Pierre Marco, Director General of Bugatti, and was frequently used to test new ideas and components and for development. This use brought it a number of unique and unusual features, notably the three-spoke Type 101 steering wheel and Lockheed hydraulic brakes – the latter a feature surely not incorporated in a car intended for Ettore Bugatti’s use.