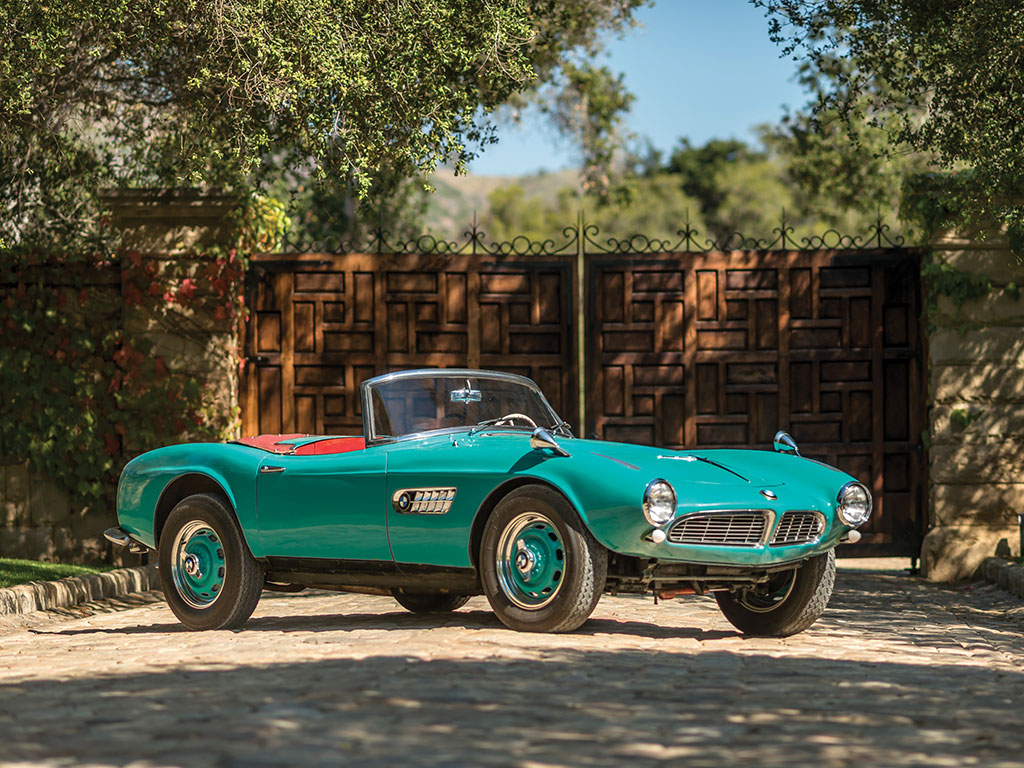 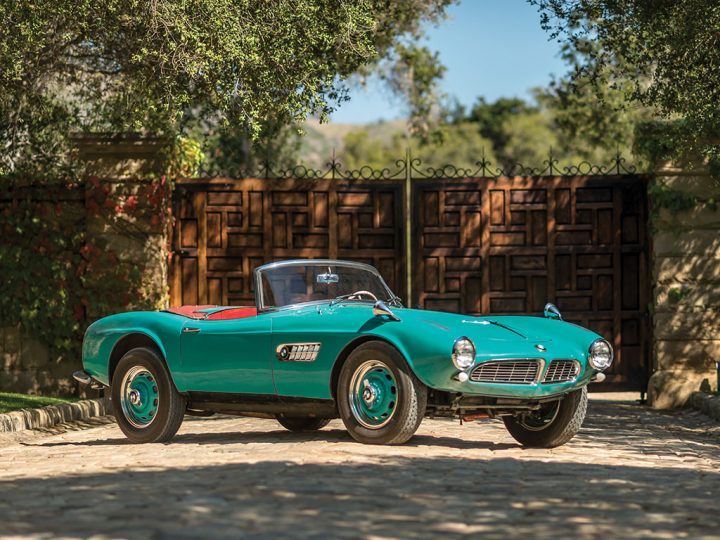 Delivered new to Automag Buchner & Linse of Munich, Germany, chassis number 70044 is a rare first-series example, and this BMW 507 was produced in July of 1957. It was originally finished in Papyros, a rare shade of off-white, with a red leather interior, whitewall tires, a hardtop, and a Becker Mexico radio with an automatic antenna. It was purchased by its first owner, Herbert Dinkheller, who worked for a Tobacco company in Frankfurt, shortly after the car was built in July of 1957. The car was first registered in the name of Dinkheller’s company, but ownership was later transferred to him personally in November of 1957. The car’s second owner purchased the car from Dinkheller in April of 1958. The car’s third owner, Hermann Beilharz of Mötzingen, purchased the car in 1963 and owned it for a much longer period of time, just over 50 years. Beilharz was a successful amateur racer of Honda motorcycles and bought the 507 with what little funds he could scrape together as his pride and joy. Over the course of his ownership, he made sure it was always well-maintained whilst being stored carefully and driven regularly during the summer months. Photos are on file of the car from throughout Belharz’ ownership, including some of him posed with the car on his wedding day. It was acquired by its current owner in 2014. 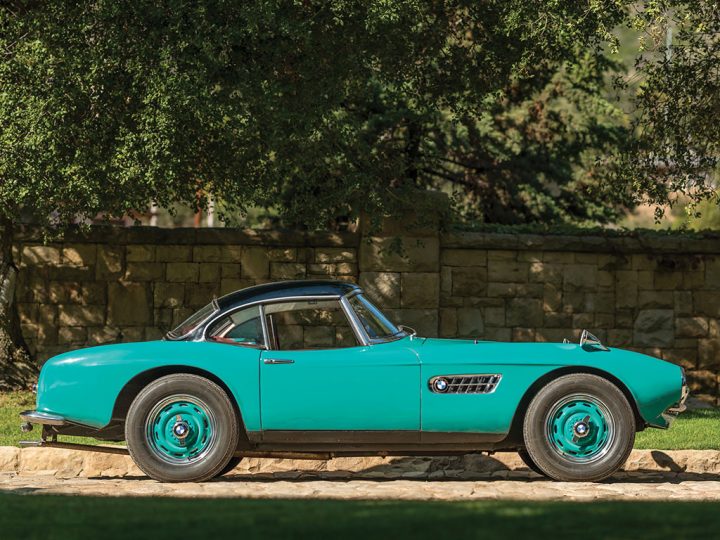 Today, the 507 presents as an exceptionally original example and still retains its original engine. The car had been refinished black when it was acquired by Beilharz and early in his ownership, he refinished it in a shade of sea green, and it retains the same paintwork to this day, along with a contrasting black hardtop. Inside, its red interior remains in original condition, showing wear requisite for the 73,000 original kilometers on its odometer. The Rudge wheels, color-matched to the bodywork, were fitted to the car by the current owner, and the original steel wheels are included in the sale, along with a tool kit, owner’s manual, factory brochure, and certificate from BMW. In its current ownership, new front-disc brakes were installed for greater stopping power, and the original front brakes accompany the car. Furthermore, the car is still accompanied by its original German Farhrzeugbrief and a letter from Hermann Beilharz, which confirms its limited ownership history. 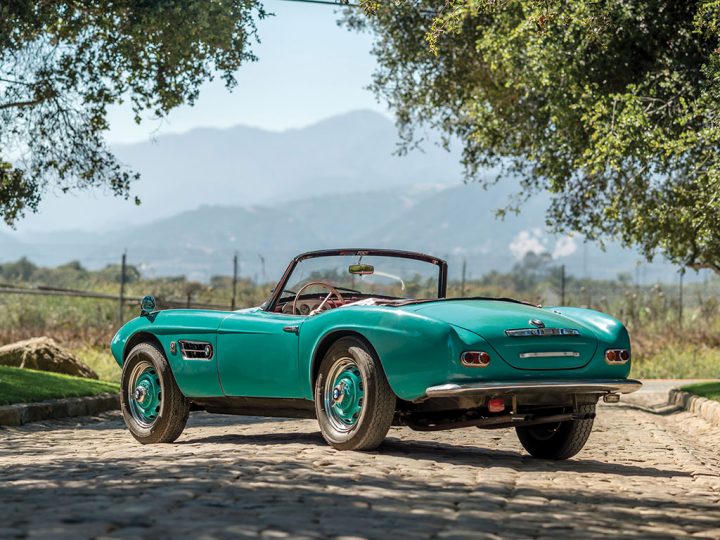 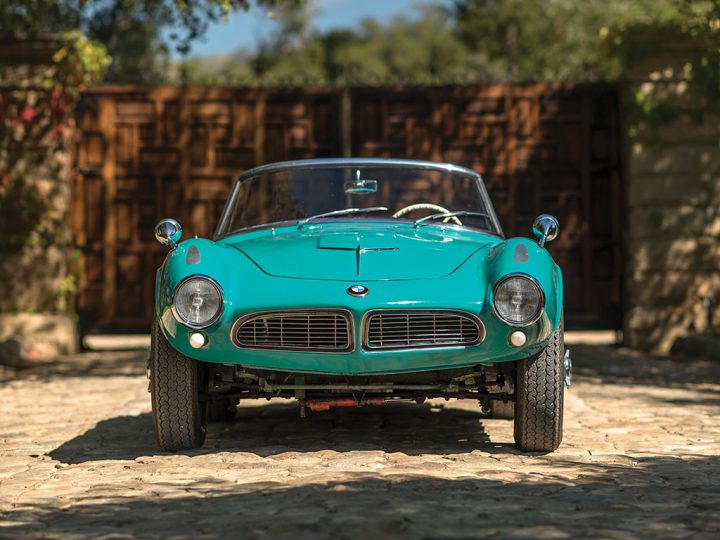 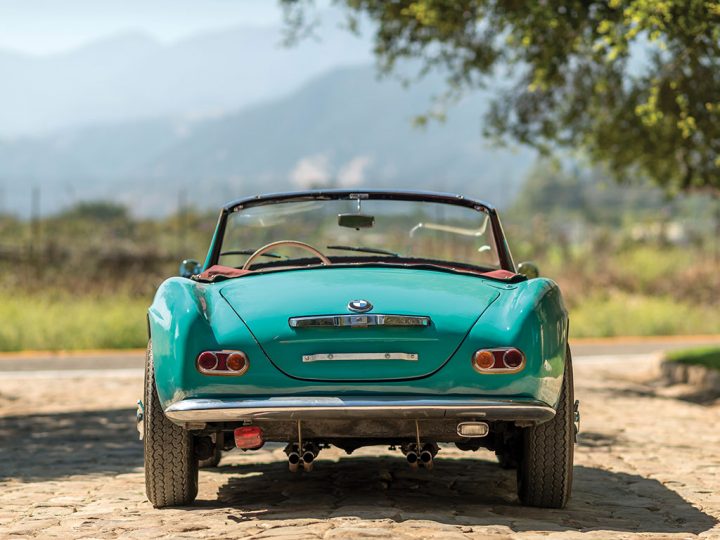 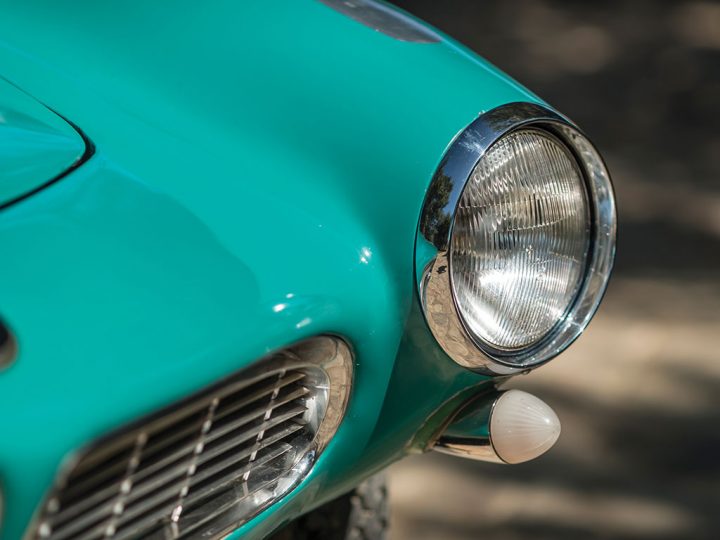 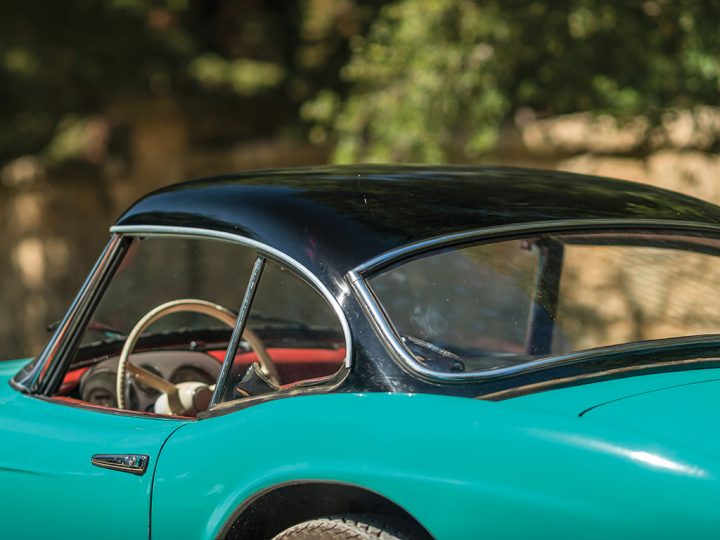 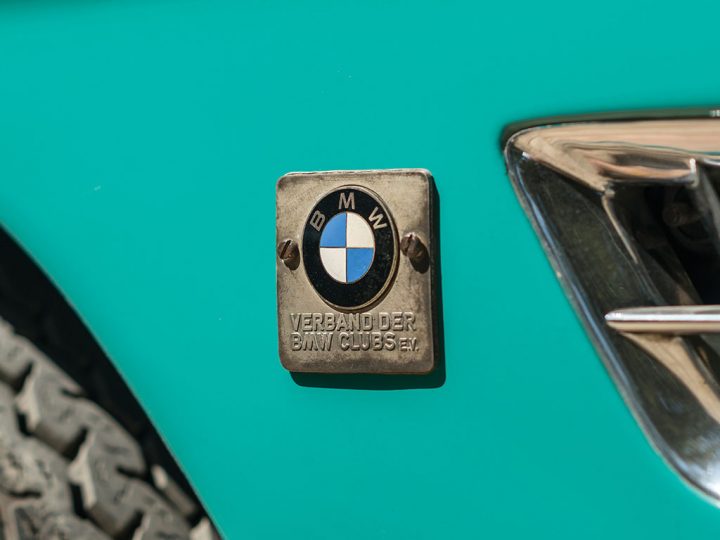 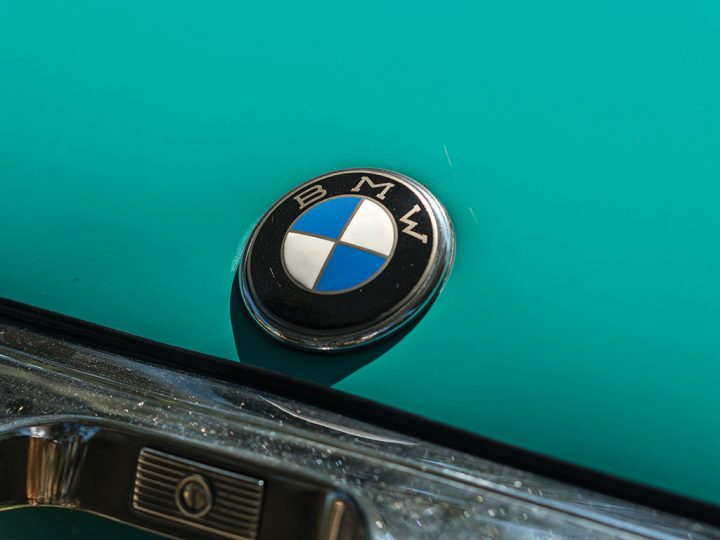 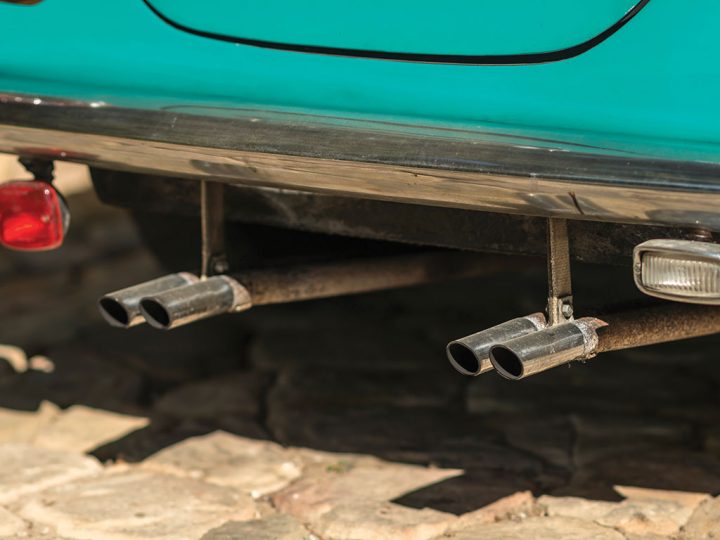 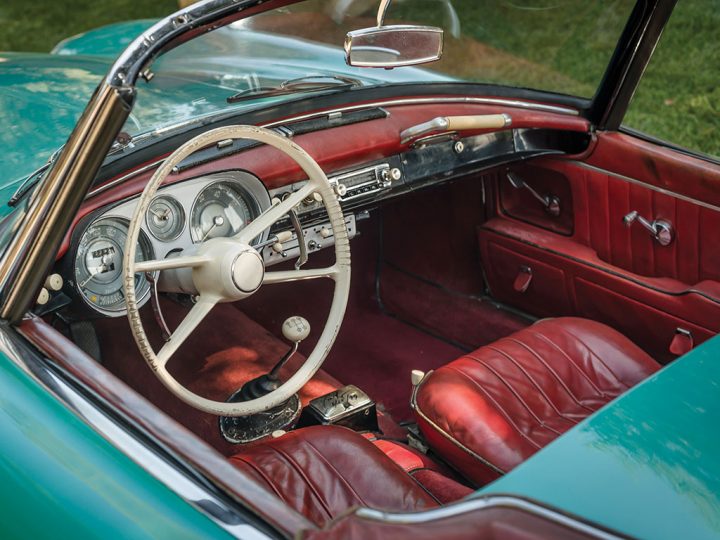 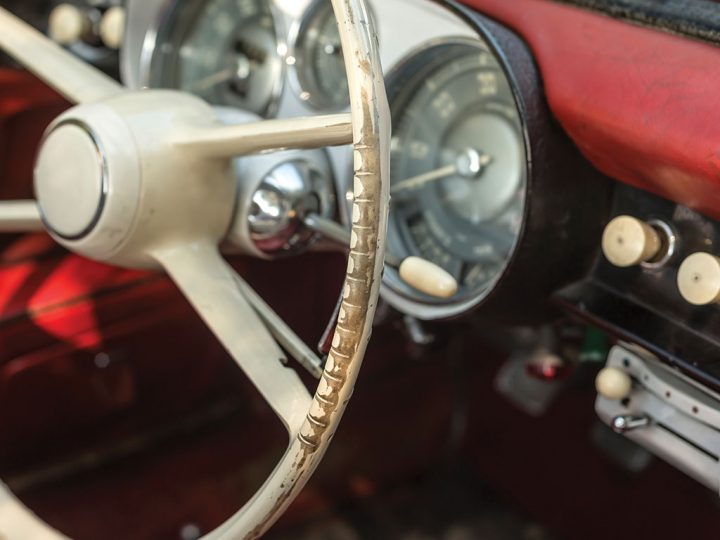 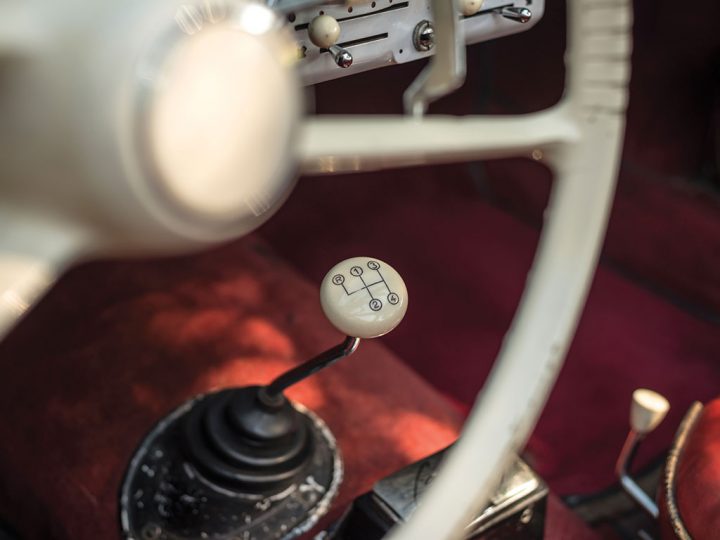 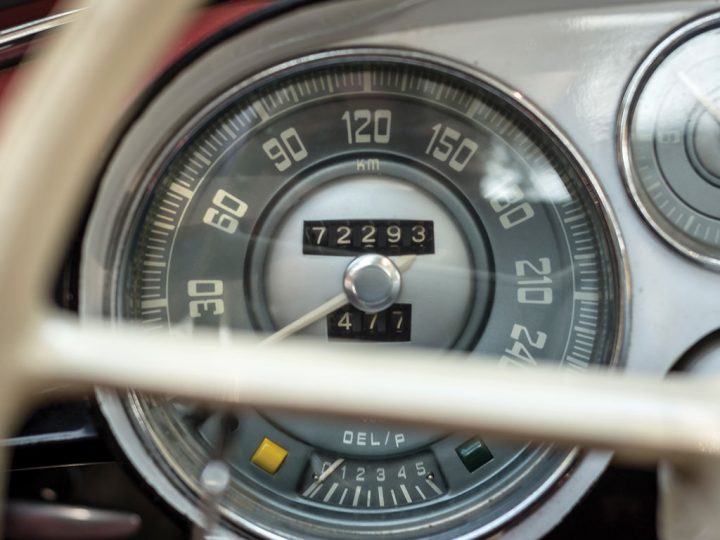 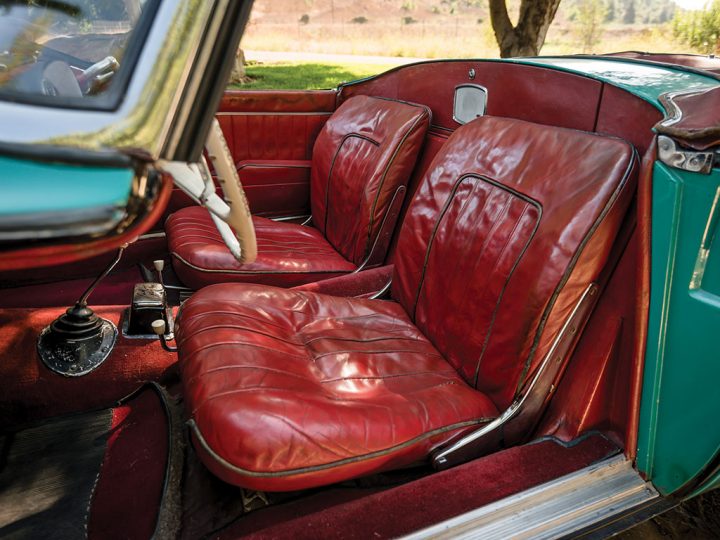 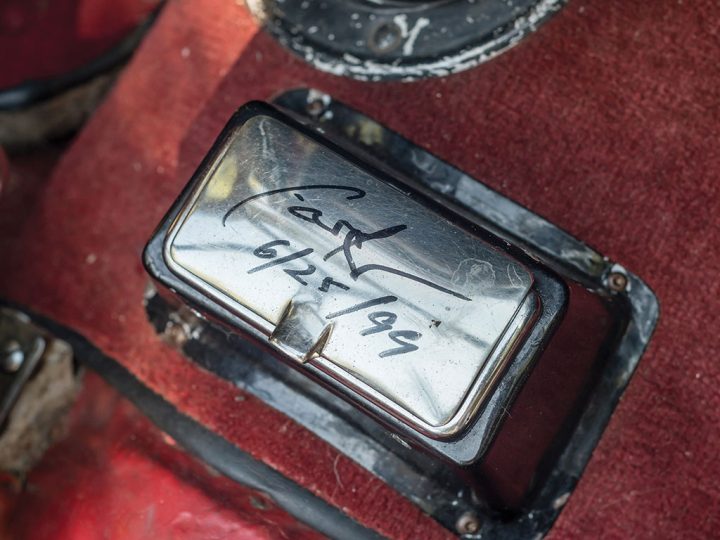 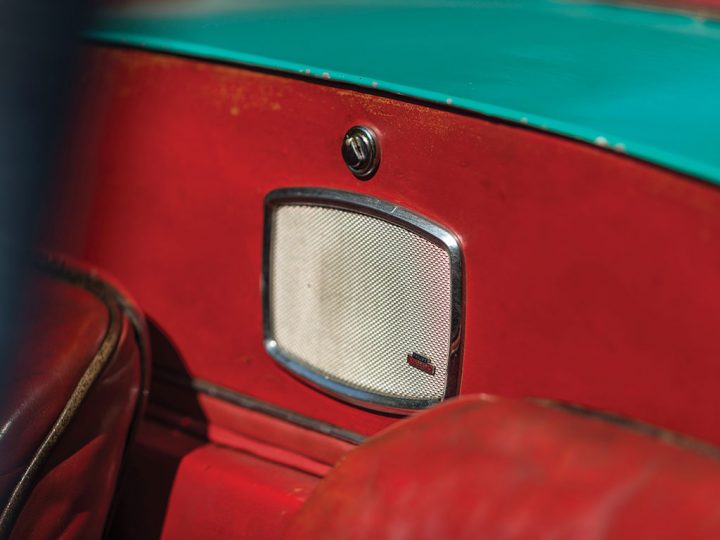 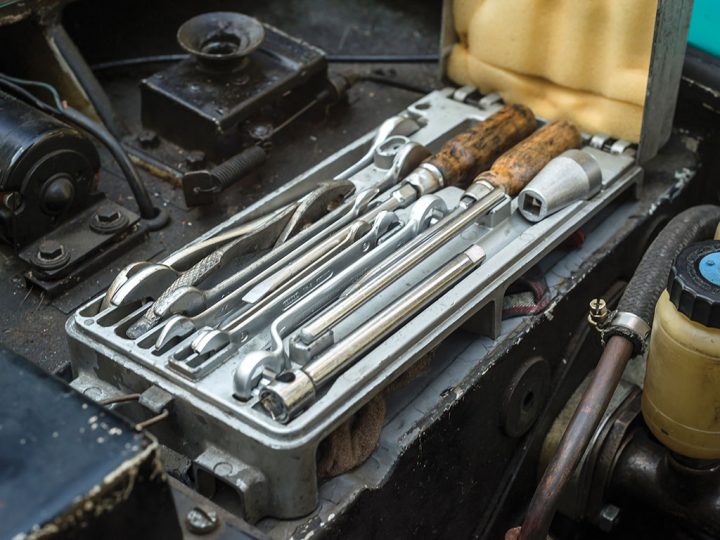 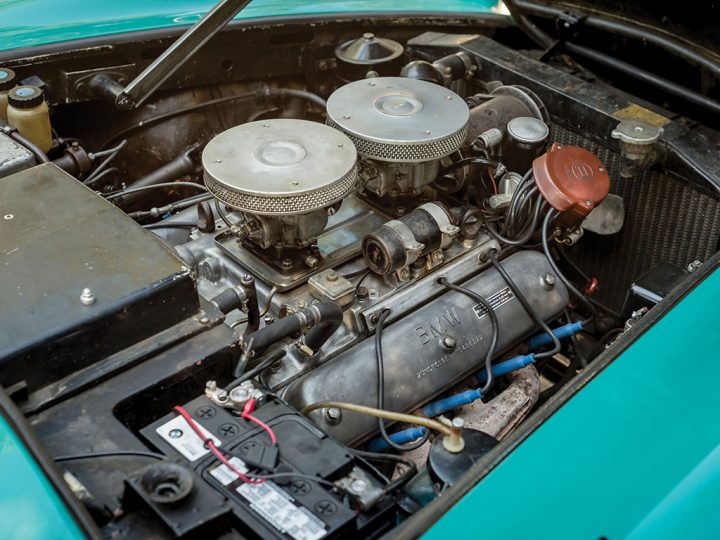 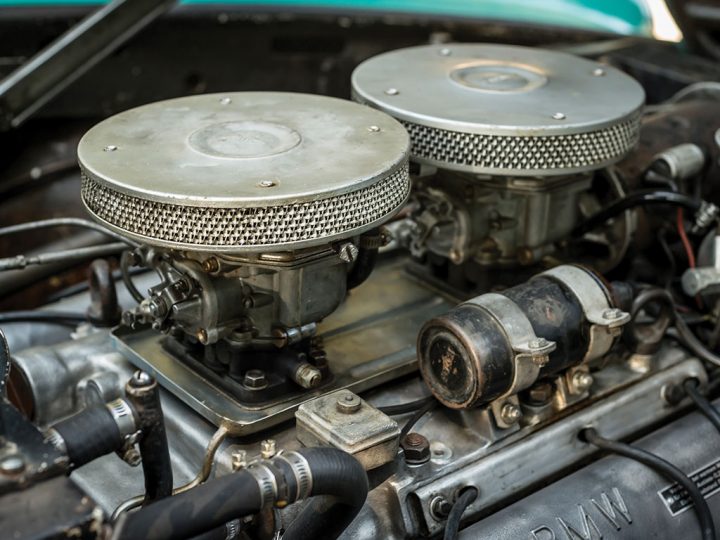 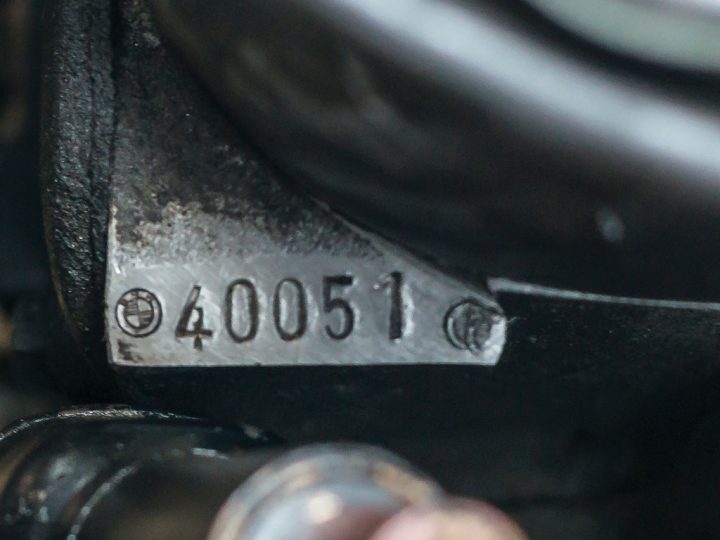 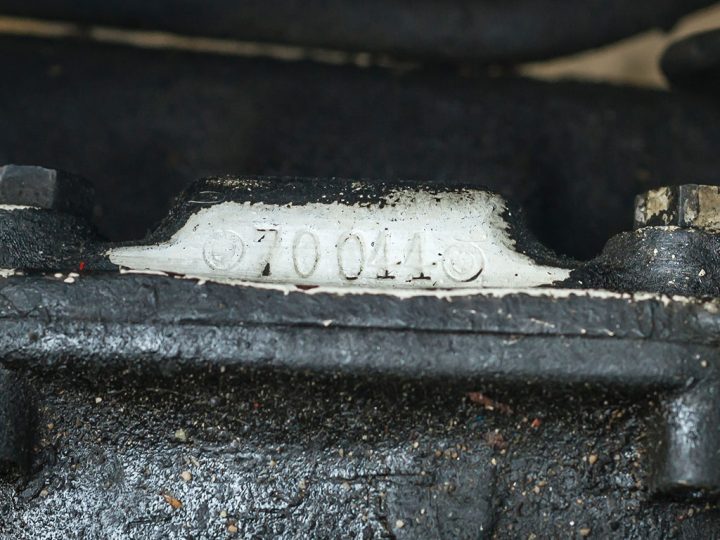