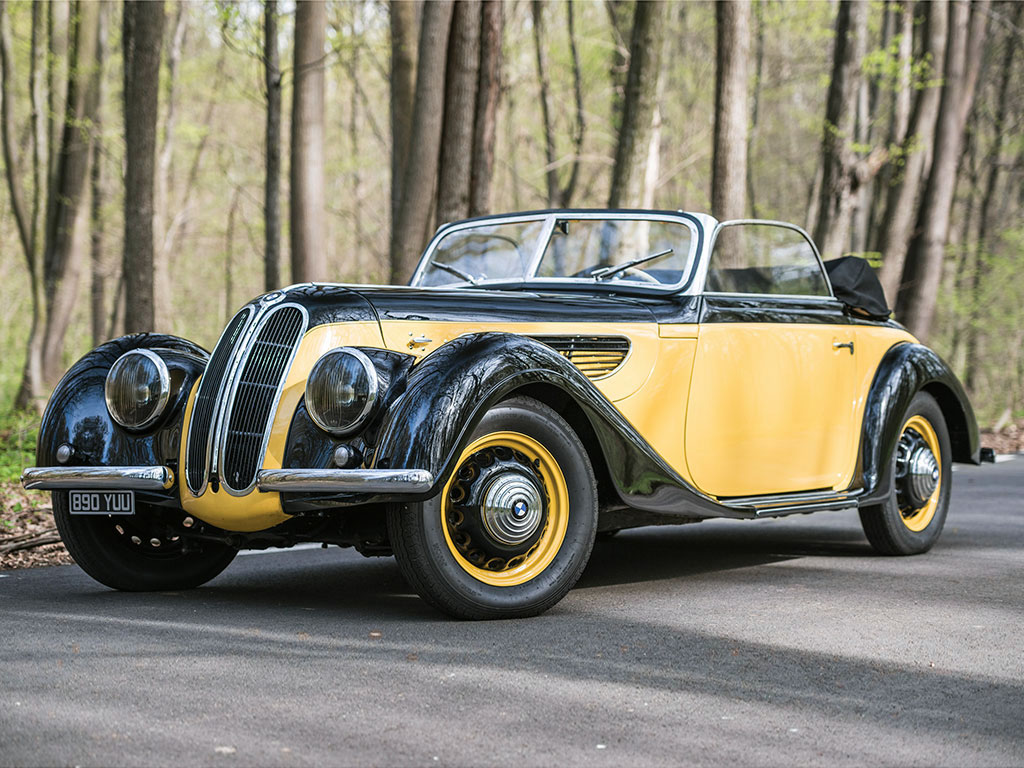 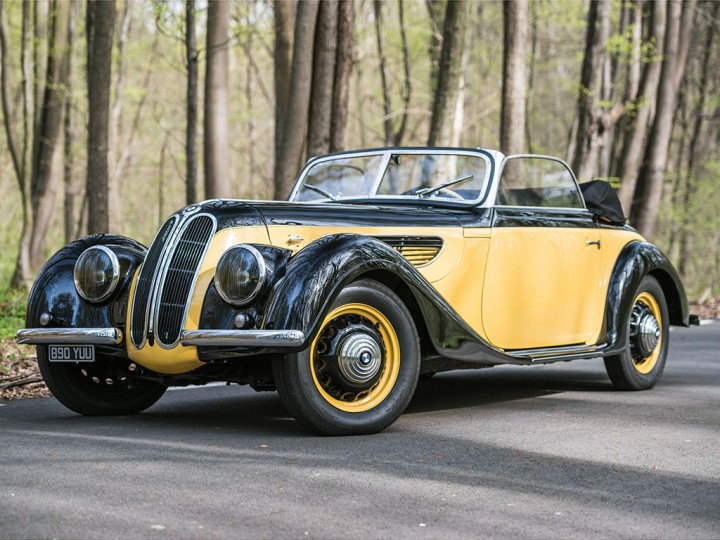 Originally an aero engine manufacturer, Bayerische Motoren Werke purchased the Dixi Werke of Eisenach in 1928 and continued to manufacture the smallest Dixi product, a license-built version of the Austin Seven. The BMW badge was adopted for these cars in January 1929. By 1934, BMW was building the Type 315, a 1,490-cubic centimetre car available in 40 brake horsepower, triple-carburettor tune. 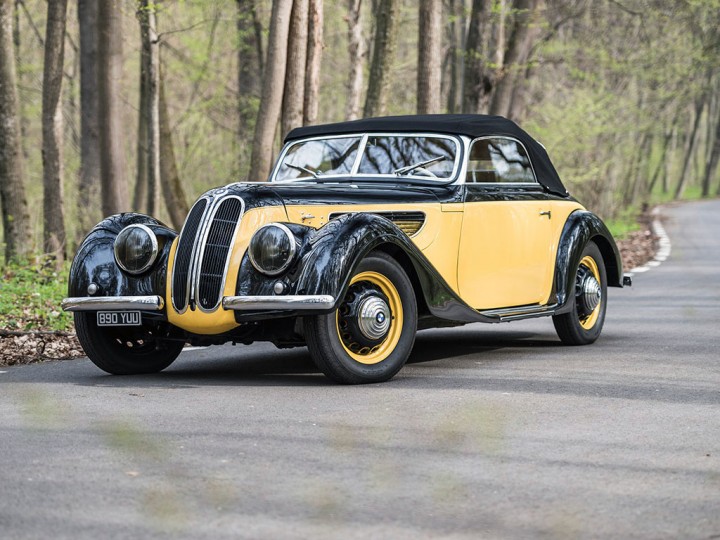 The 1936 Berlin Auto Show heralded an important BMW development: the 326. More streamlined than earlier BMWs, its styling would define the marque until World War II. The 326 begat several variations that overshadowed the parent model: the 320, a cheaper four-cylinder car, and the 327, a short-chassis, two-seat coupé or convertible. Launched in 1937 as a sport cabriolet, the 327 featured the M-78 six-cylinder engine with twin Solex carburettors. Higher compression gave it five more horsepower than the 326, and a shorter wheelbase translated into less weight and a top speed of 78 mph. 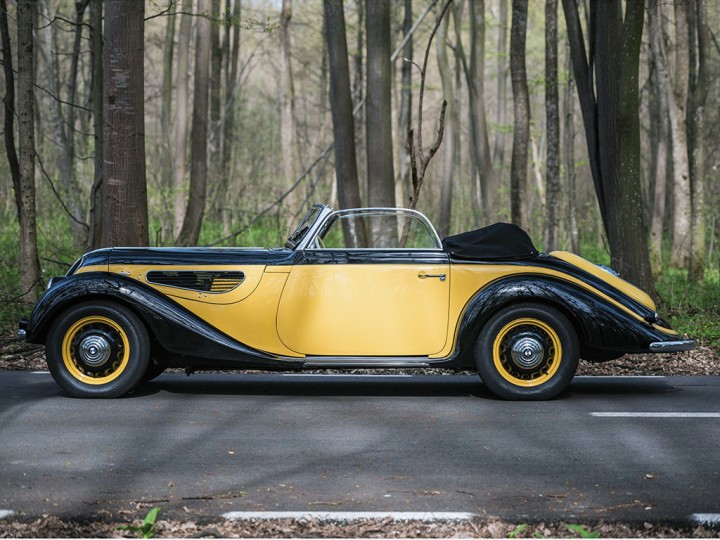 While the early history of this 327 is unknown, it is believed that the car was originally exported to Romania when new, and it was delivered in 1938. Acquired more recently by the consignor, he embarked on a unique restoration and decided to create the ultimate BMW 327, set up for greater performance and with modern driving conditions in mind. In place of the original six-cylinder engine, a 3,168-cubic centimetre alloy V-8 from a BMW 503 with ported heads, sports camshaft, and high compression pistons was fitted. To aid cooling, a BMW 501 radiator was fitted, along with an electric fan. With more comfortable cruising in mind, a close-ratio five-speed Getrag gearbox was fitted, and the original narrow axles were replaced with 503 axles, without fundamental modifications to the 327 chassis, reportedly providing improved stability and giving the car a more purposeful stance. 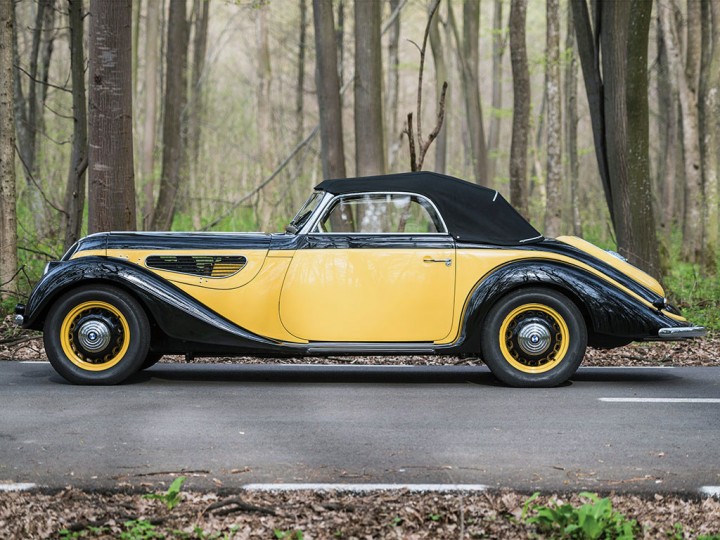 Subtle finishing touches include Xenon headlamps and electric windows, using the original winders converted to switches. The car was then finished in the striking deep black over yellow colour combination. Today the BMW is in excellent condition, and, more importantly, it is reportedly enormous fun to drive. With at least 140 horsepower from the smooth V-8, this modified 327 offers very strong performance accompanied by an authentic period bark from the exhaust. 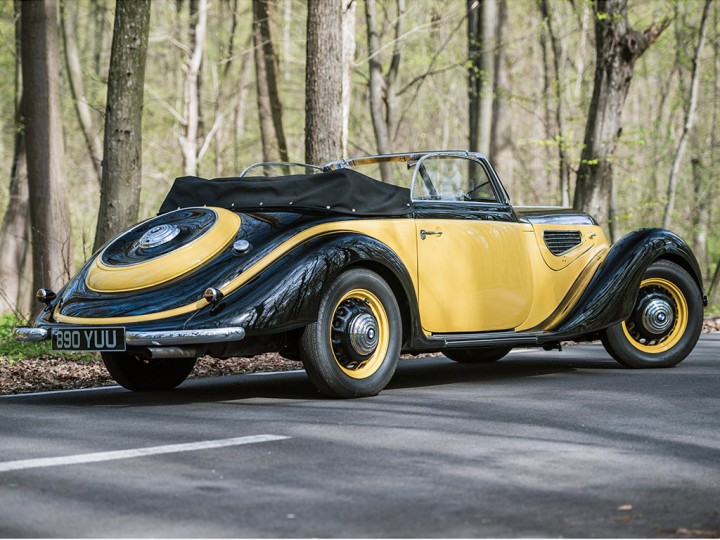 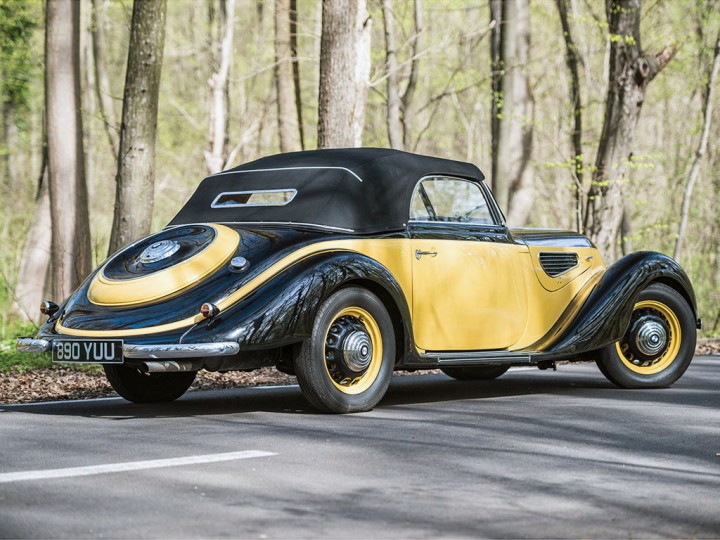 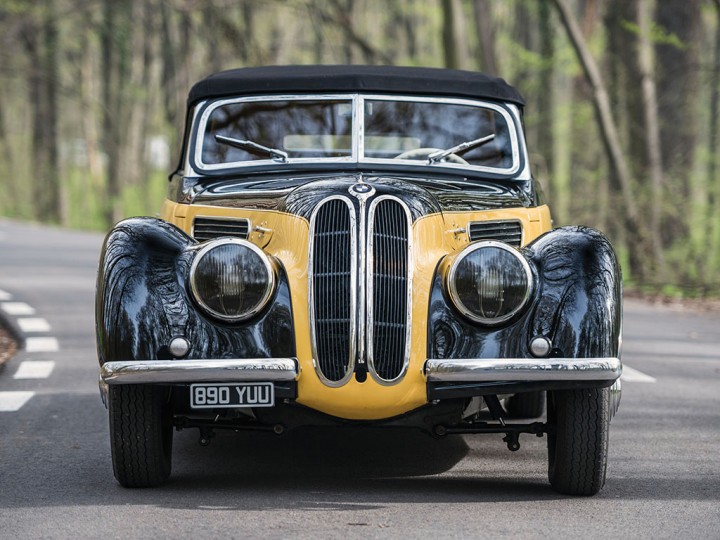 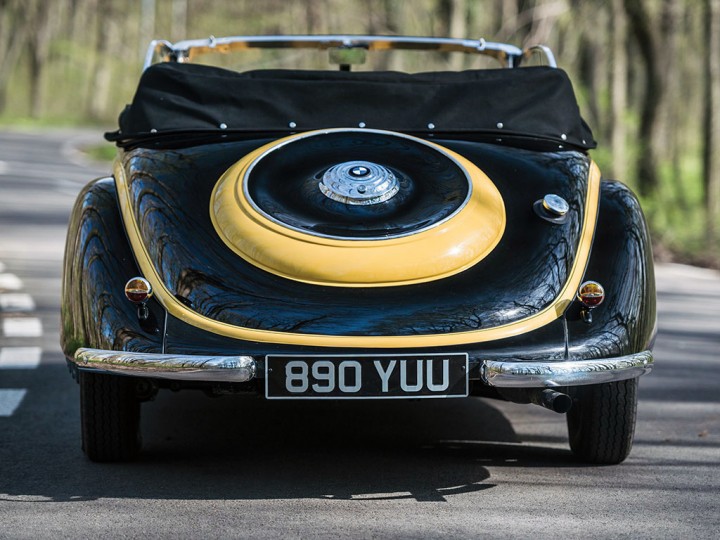 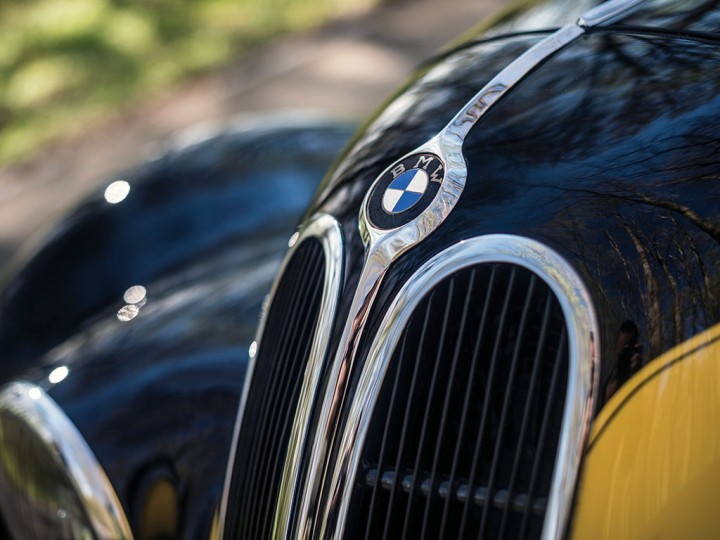 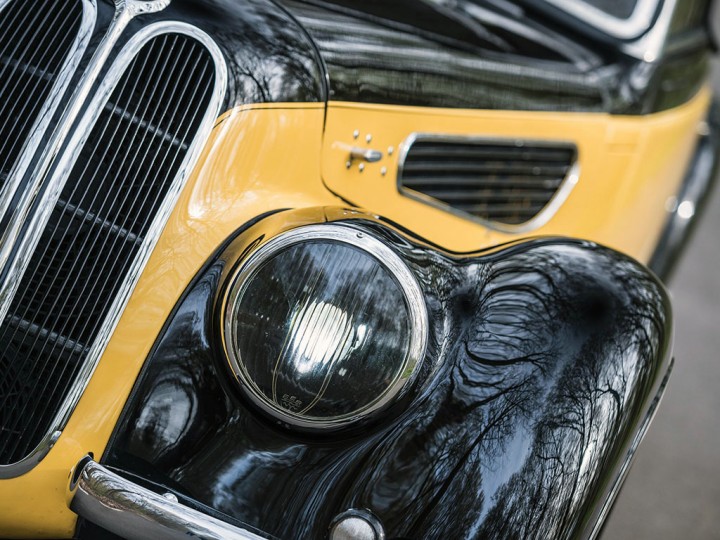 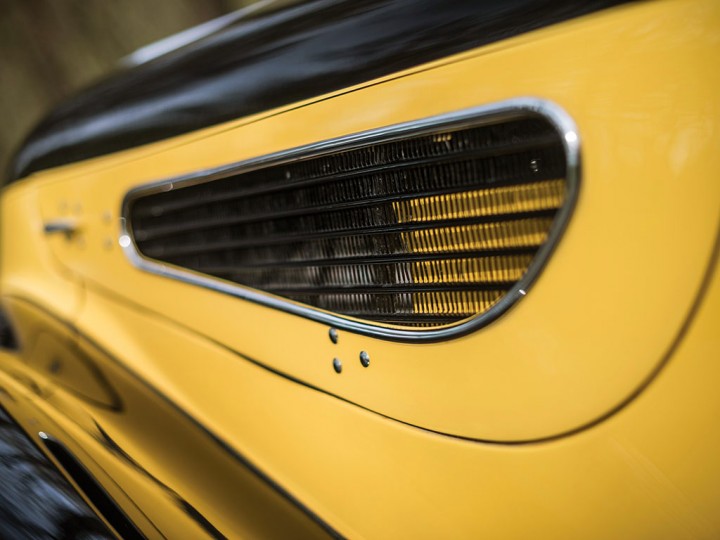 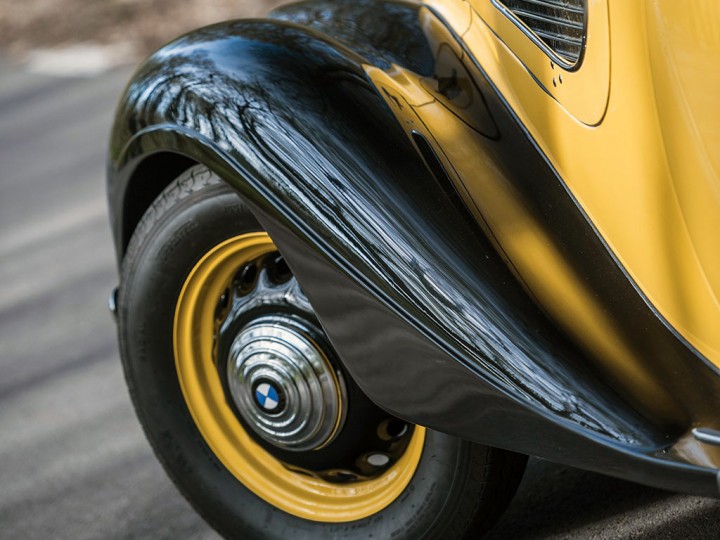 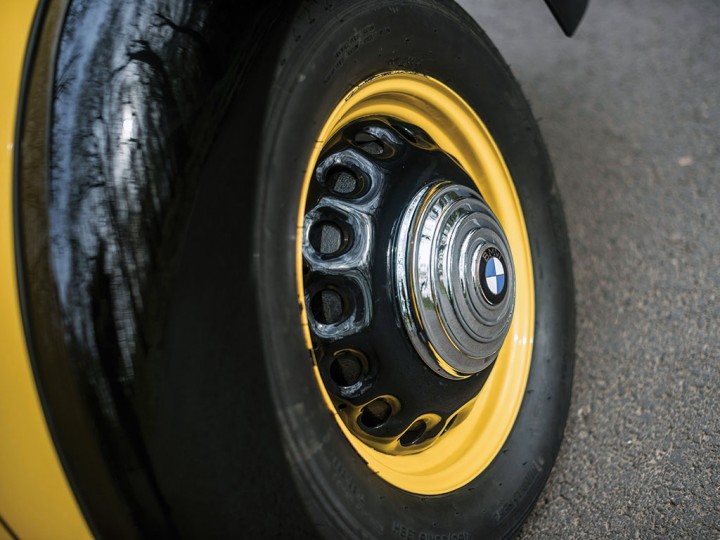 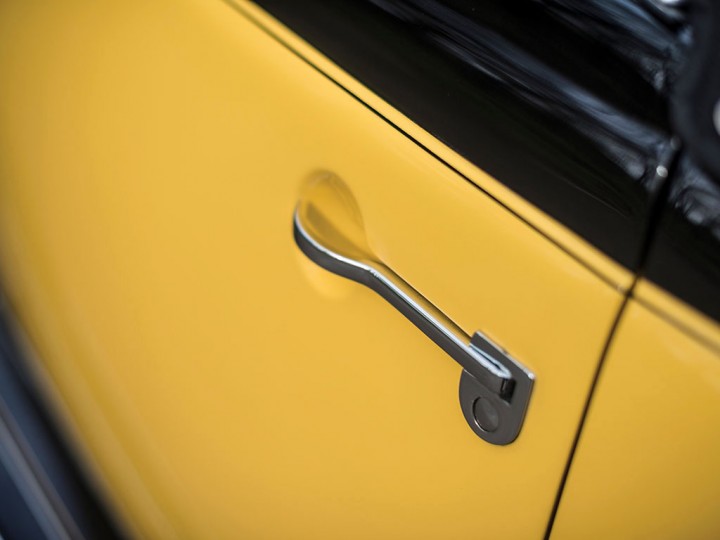 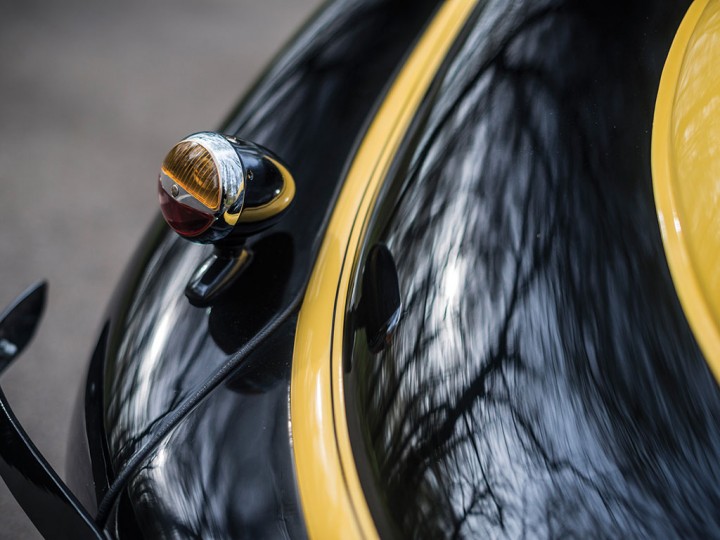 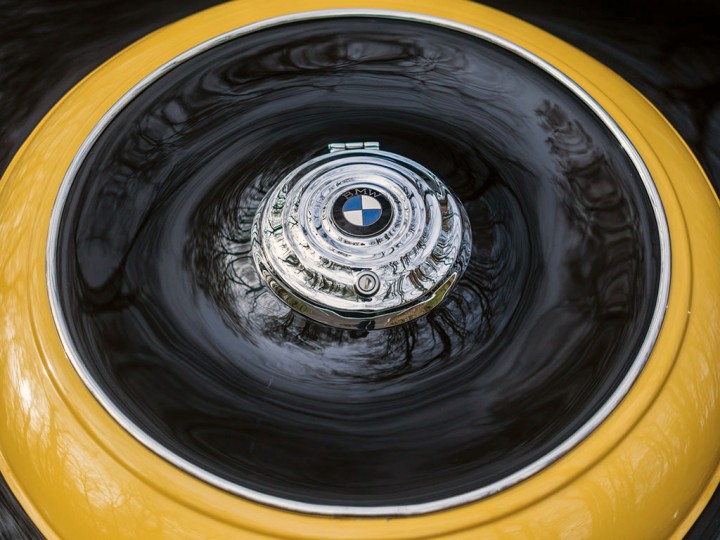 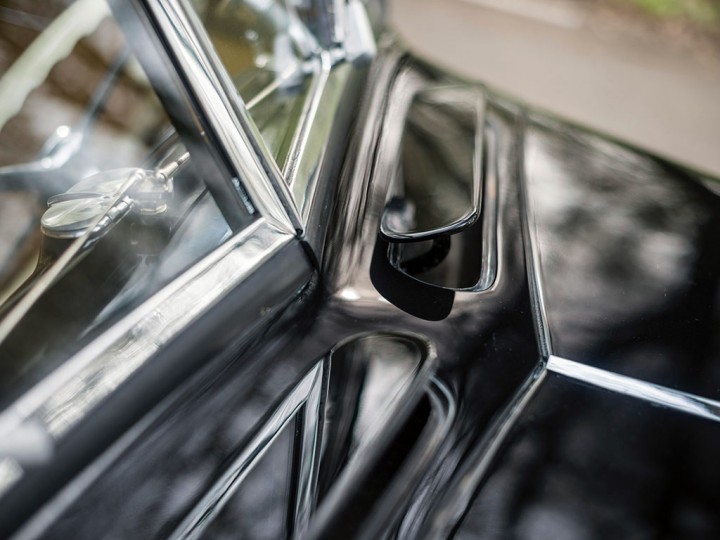 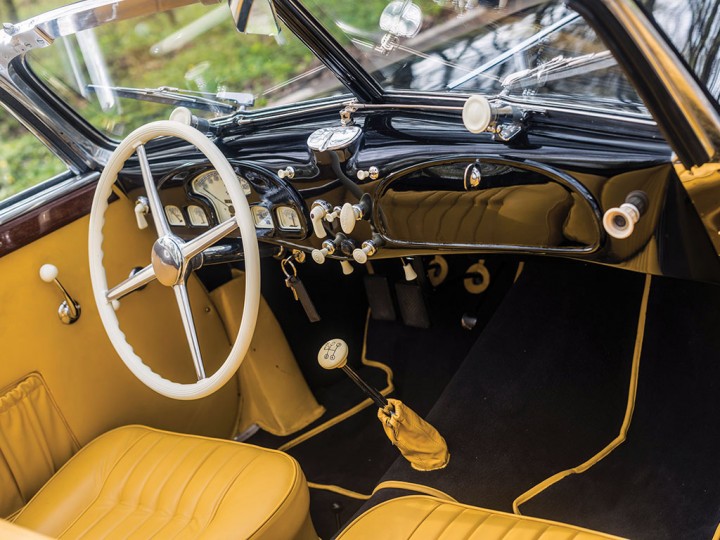 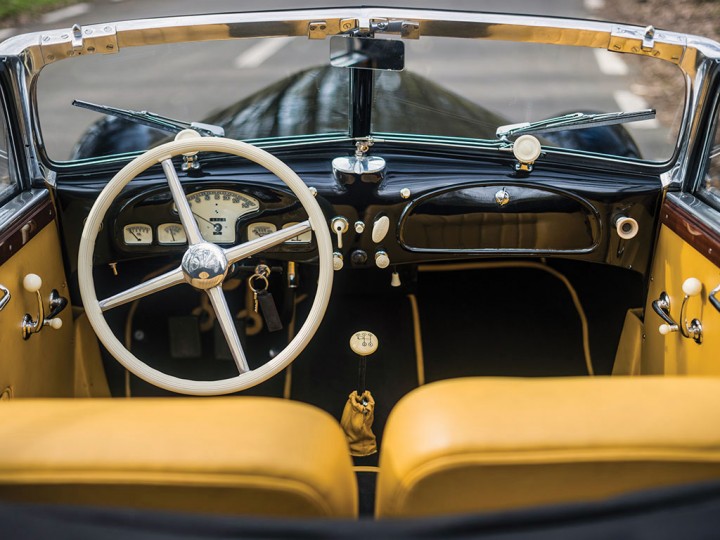 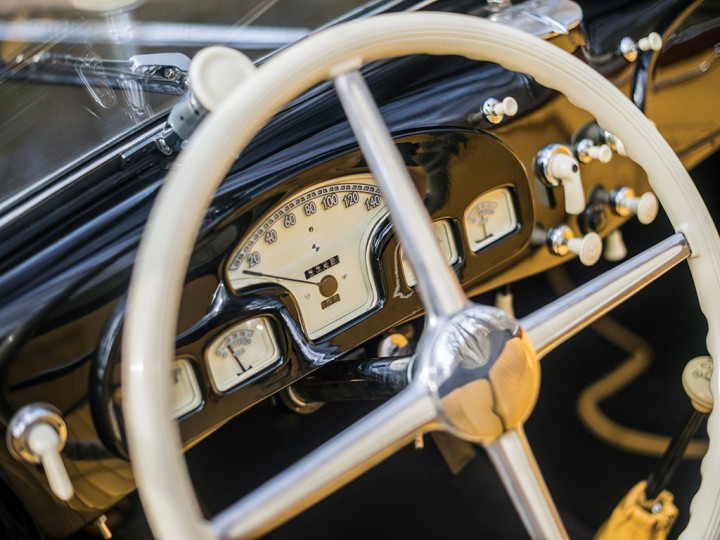 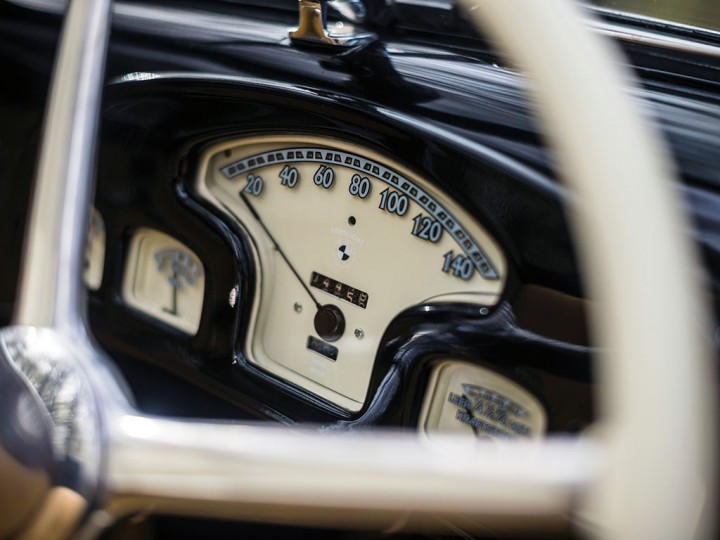 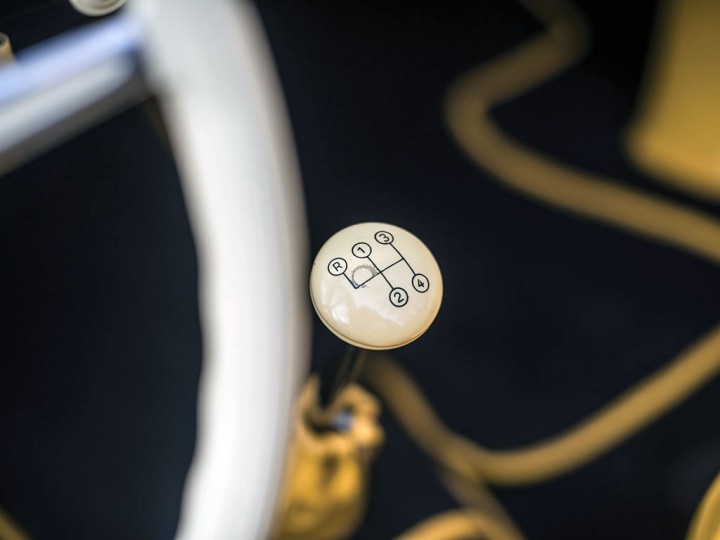 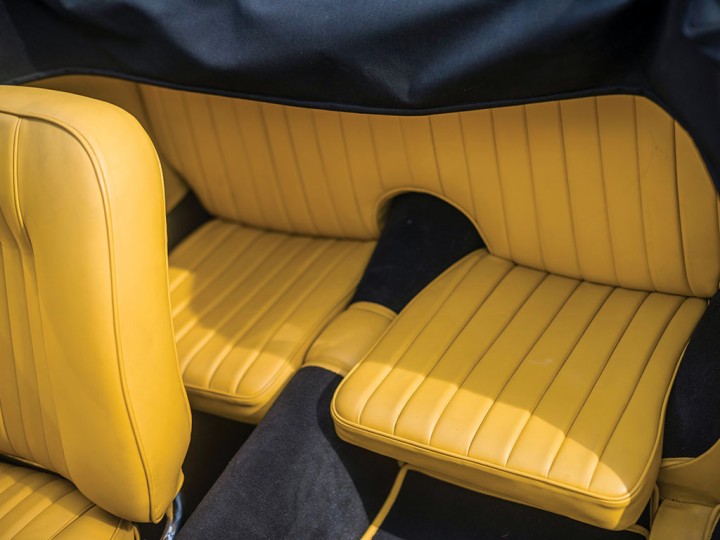 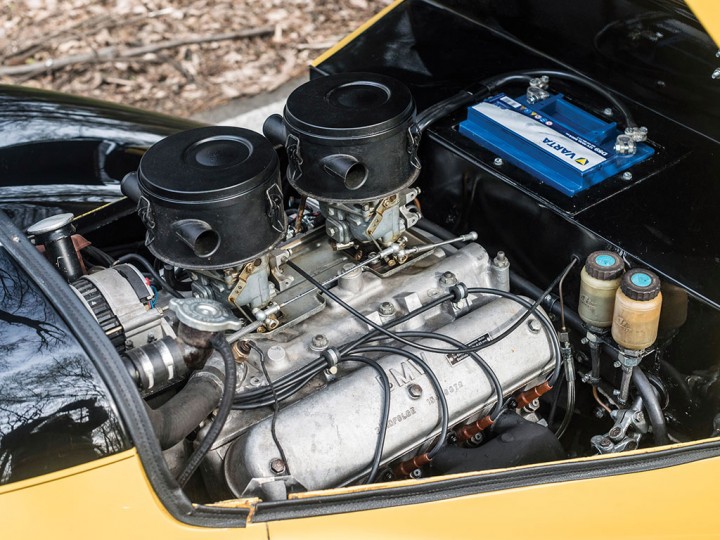 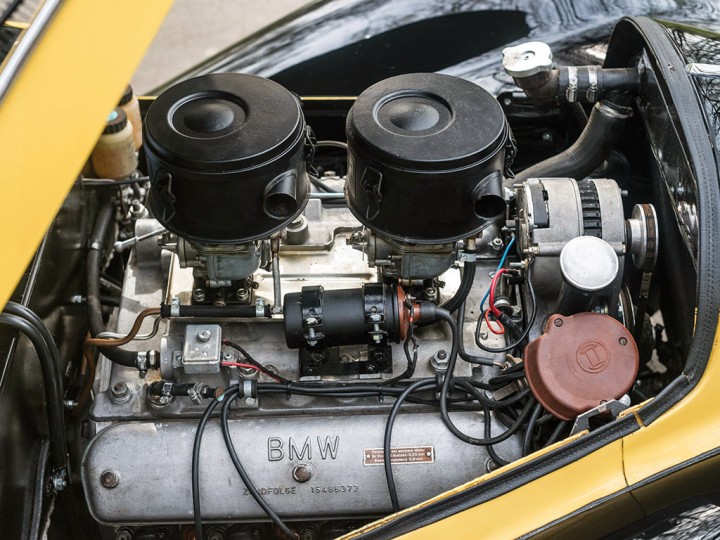 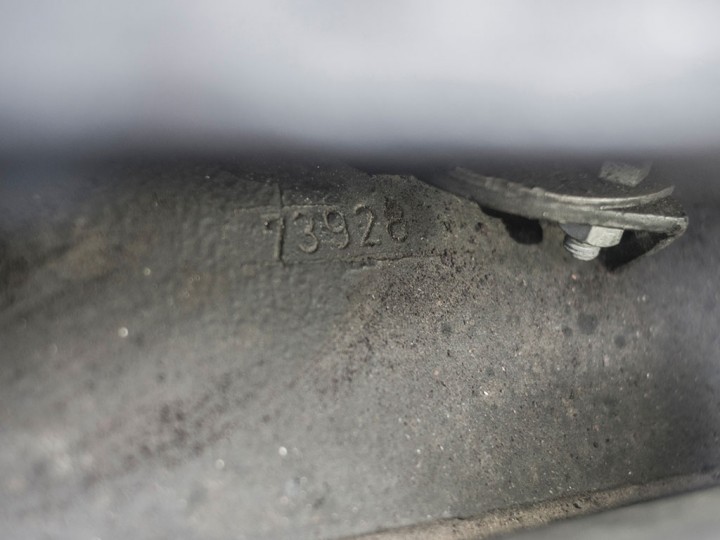