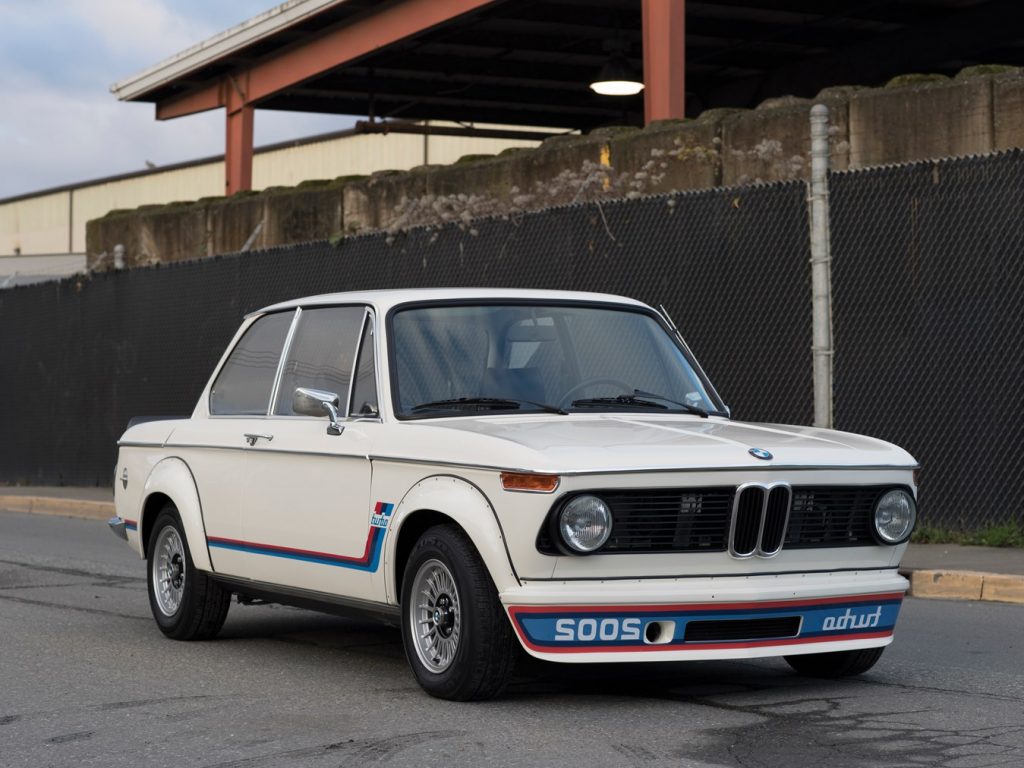 Part of BMW’s highly successful 02 Series, the 2002 Turbo utilized the 2002 Tii engine. Equipped with a KKK turbocharger and Kugelfischer mechanical fuel injection, the Turbo produced a power output of 170 hp, a full 40 hp more than the Tii. BMW claimed a 0–60 mph in just 6.9 seconds. As seen here, the real success of the 2002 Turbo was the brutal “boy-racer” appeal. Riveted-on wheel arches were fitted to house the wider 13-in. wheels, and Motorsport stripes ran down each flank. Across the fender-less front bumper, the reversed script “2002 Turbo” warned the driver ahead of what had just raced into their rearview mirror. This script caused such a fuss with the German press that BMW was forced to abandon it. However, many owners added it after-market – and this Turbo sports that warning proudly.

Recently this 2002 Turbo has had a full restoration by GC Motorsports, with invoices totaling over CAD $49,000. The car was dismantled in preparation for paint and bodywork, and a full engine-out mechanical workup under the hood ensures that it runs better than new. Truly striking, the Turbo has been beautifully prepared for its next tenure, be it at concours events, local gatherings, or on the track, as was intended.