This Bentley 3½-Litre, chassis B111FC, is absolutely unique, as tailored by Windovers for its original owner, B. Gootnick, who accepted delivery in March of 1936. The chassis and build information sheets for this car, copies of which are on file, state that the car was built for “Town work and touring . . . the car will be used for RAC rally and acceleration should be ‘specially considered.’” Undoubtedly, Mr. Gootnick was a gentleman, but he was a gentleman with a lead foot.

As noted in Michael Ellman-Brown’s book, Bentley: The Silent Sports Car, 1931–1941, chassis number B111FC “could easily have come from the drawing board of a continental coachbuilder. Although the rear portion of the roof has the appearance of a drophead coupe and is fabric-covered, it is in fact fixed; the hood irons are dummies. Also unusual on this car is the very narrow scuttle section, necessitating widening of the bonnet top at the rear, in order to achieve a more graceful flow into the door, the leading edge of which is forward of the norm, because of the rake of the windscreen. The wheel discs are also unusual for an English coachbuilder, adding to the continental “flavor.”

The car’s subsequent collector ownership included the well-known Bentley and Rolls-Royce enthusiast, Dr. Mark Sheppard. Following Dr. Sheppard’s passing in 1978, it was sold to the renowned West Coast collector Herbert Boyer, who exhibited it at the Pebble Beach Concours d’Elegance in 1983, winning 1st in Class and the Lord Montagu Trophy. Consistent with his reputation, Mr. Boyer then commissioned a fresh body-off restoration of the car before showing it yet again at Pebble Beach, in 1993. It was later acquired by the Blackhawk Collection, and passed in 2002 to Chuck Swimmer, who, a year later, returned it to Pebble Beach. When one considers how seldom a car is invited to that famed event, that this car appeared every 10 years for 30 years is incredible, indeed!

Boasting an honest and prestigious provenance, the car is listed on page 96 of Stanley Sedgwick’s seminal tome on the marque, All the Pre-War Bentleys – As New. In addition, it is pictured on page 175 of the 2003 edition of Johnnie Green’s Bentley: Fifty Years of the Marque. It is accompanied to sale here by the aforementioned Hunt House documentation, as well as by information received from the Rolls-Royce Foundation. The car remains in fine condition throughout, evidence of its good care, with paint, interior, chrome, and brightwork that all present very nicely. The tool kit in the boot is complete, and rather spectacular in its own right. 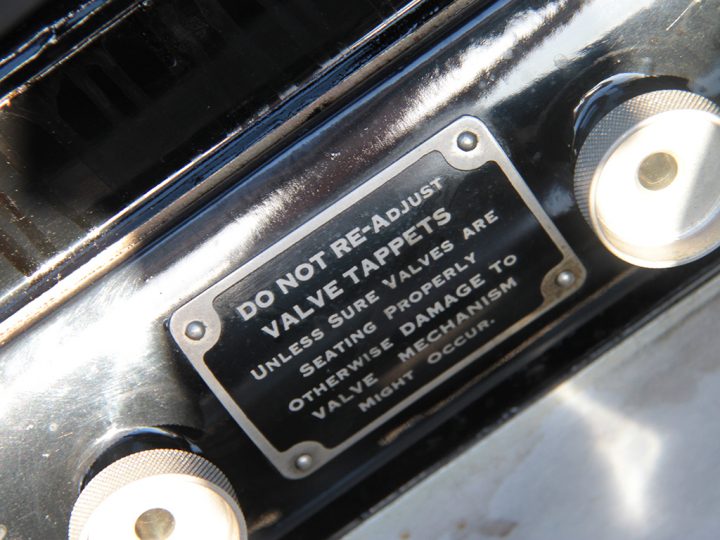