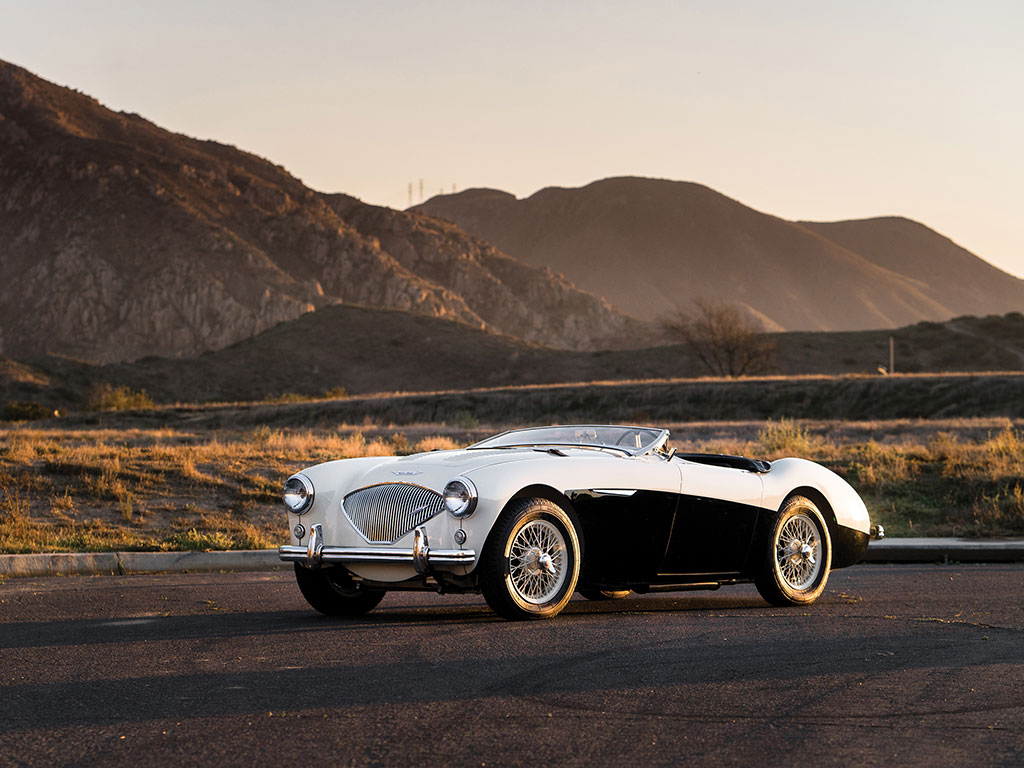 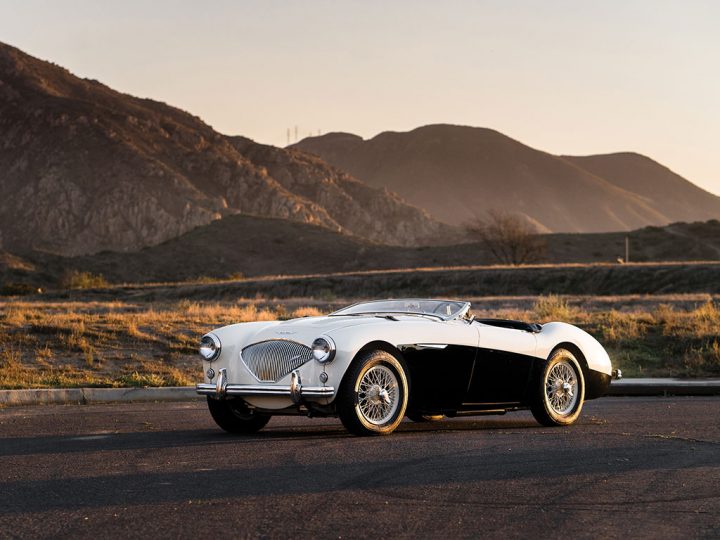 Donald Healey was always an entrepreneur. To promote sales of his brand-new Healey Hundreds, he entered them in the 1953 24 Hours of Le Mans, but with high-lift camshafts, bigger dual carburetors with cold-air intake boxes, and high-performance distributors. Soon after, Healey’s company began offering these tuning parts along with high-compression pistons as an aftermarket “Le Mans Engine Modification Kit,” which increased horsepower by over 20 percent. 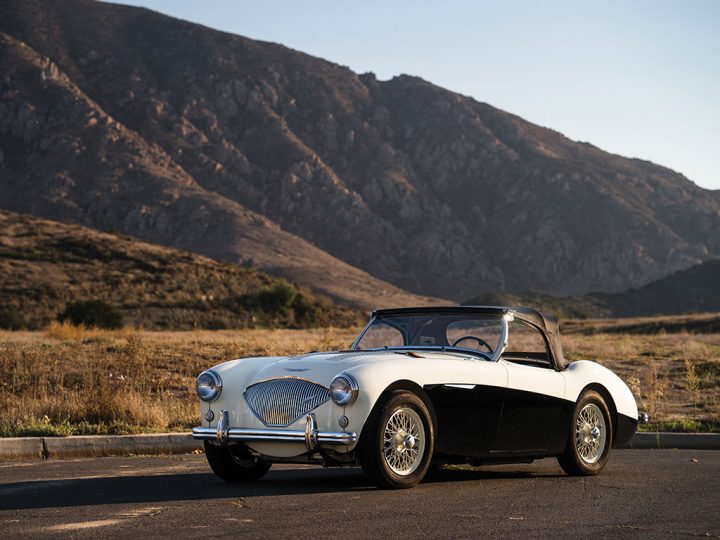 To revive Healey sales, in October 1955 BMC introduced a production model with the Le Mans kit, plus a distinctive louvered bonnet and two-tone paint scheme, called the “100 M.” Notations have been found on the production records of 640 Healeys that they had been received at the Longbridge BMC plant with the louvered bonnets before being shipped to Healey for the mechanical modifications. When the current owner found this Austin-Healey in the early 1980s, offered by Carole Walker, a self-described “little old lady from Pasadena,” he was surprised to discover it had a louvered hood and other unusual engine parts. The British Motor Industry Heritage Trust confirmed that it was one of those 640 factory-converted 100 Ms. As such, he had it restored by noted Healey race mechanic Tom Colby at Speedwell, a Southern California Healey shop, in the early 1990s, after which it was inspected and registered with the Austin-Healey Concours Registry. The car was recently refreshed by Colby, who rebuilt the engine using Denis Welch competition parts, along with rebuilding the transmission, overdrive, differential, and steering gear. Furthermore, he replaced the wiring harnesses, all wear parts, and fitted a set of new tires. The 100 M has since been driven no more than 500 miles. 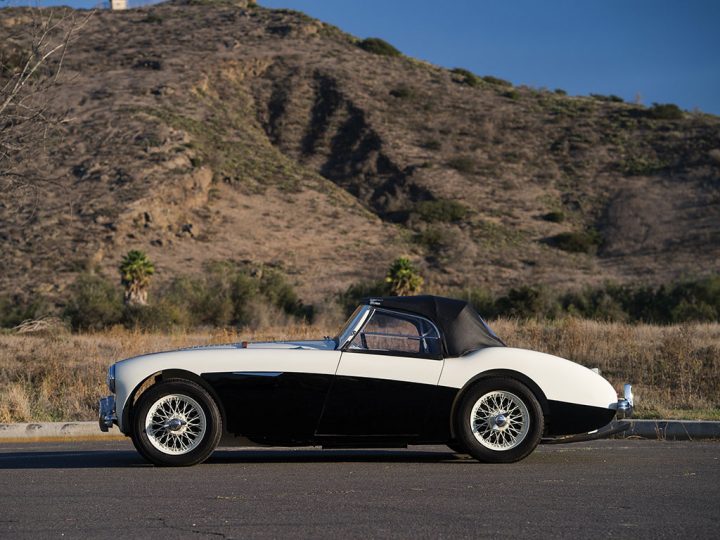 The owner departed in a few respects from traditional concours standards to satisfy his own tastes; for example, the wire wheels are painted a body color similar to those on the Healey 100 S, and the grille has been chromed. The Healey also features a factory-optional chrome valve cover. The owner found rare original side-curtains and a full tool kit, which are included along with a set of manuals. 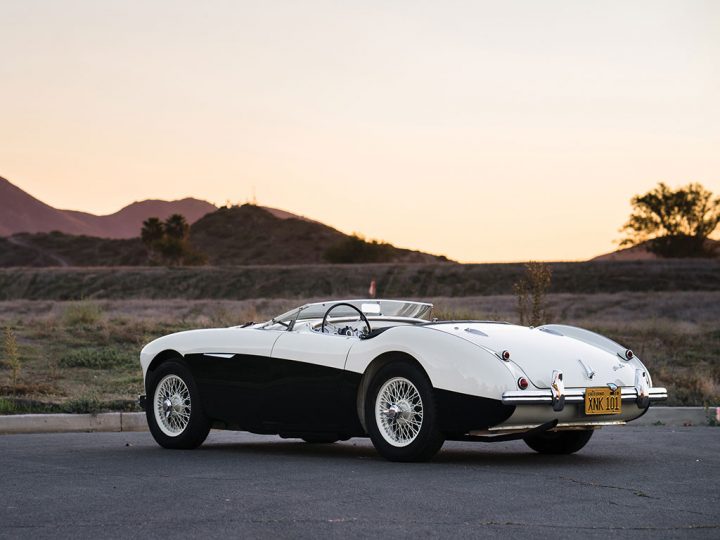 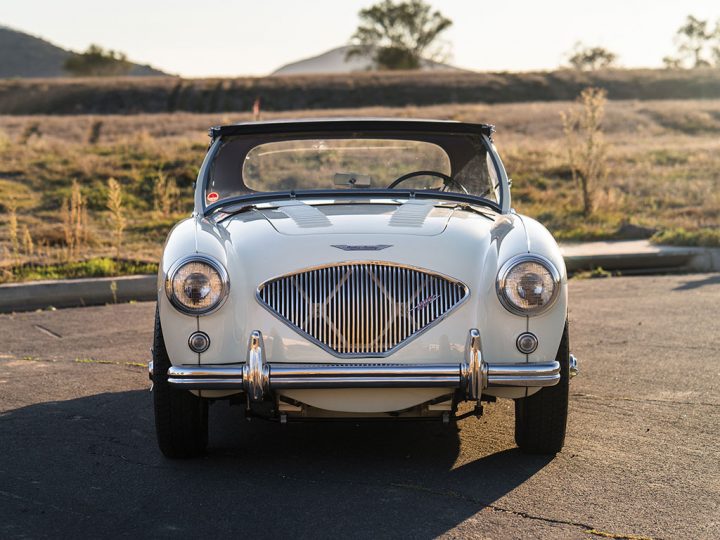 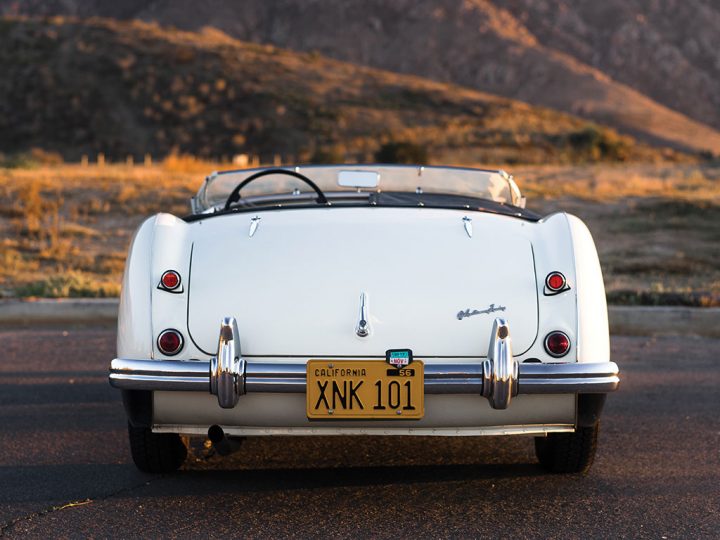 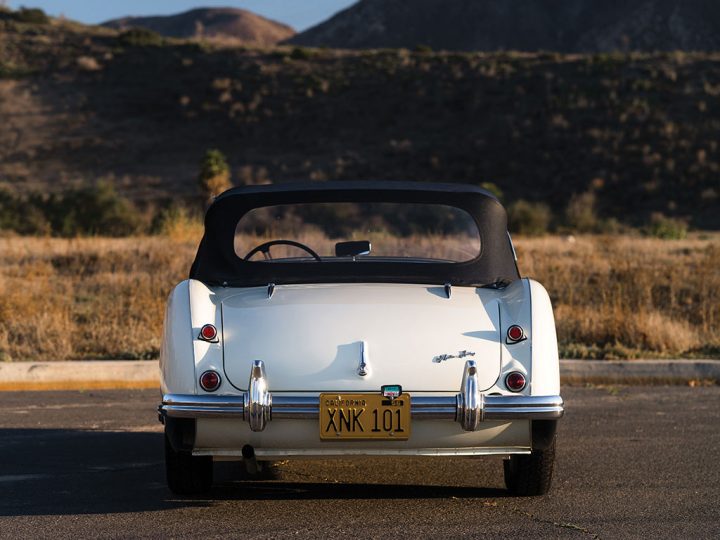 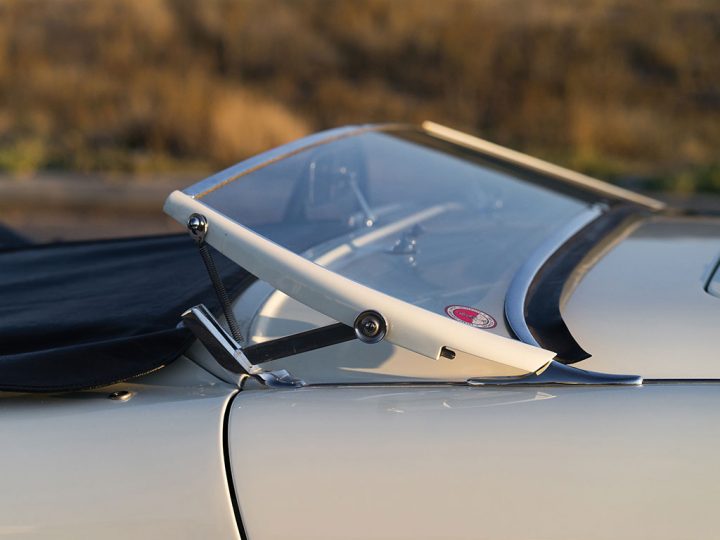 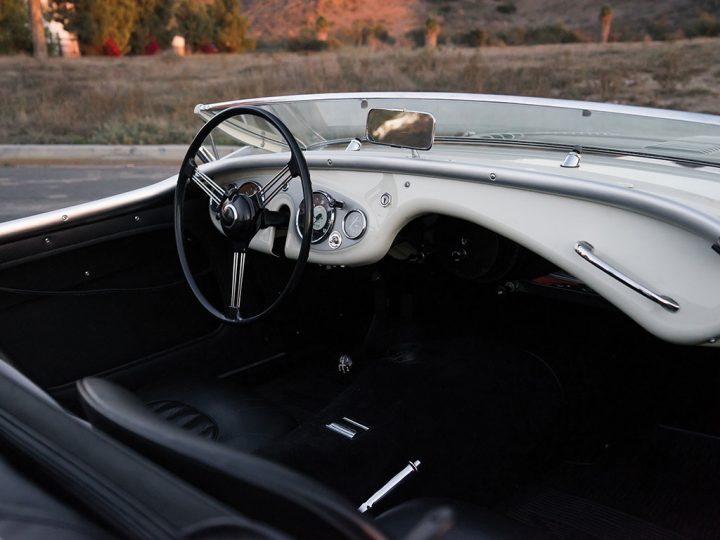 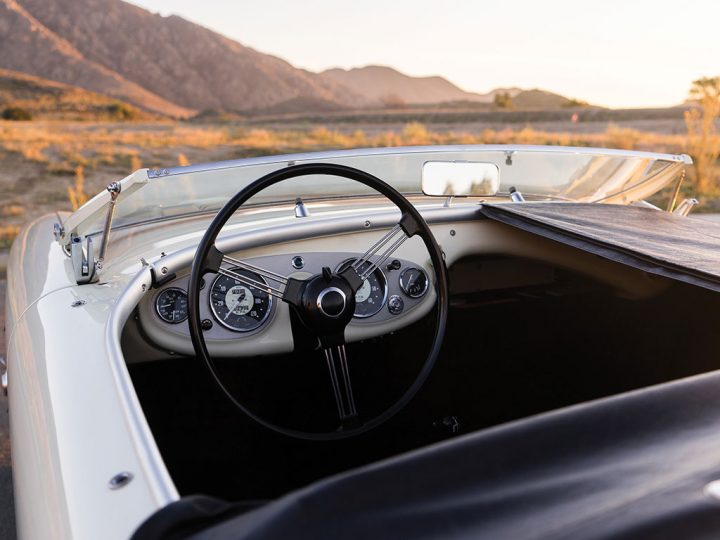 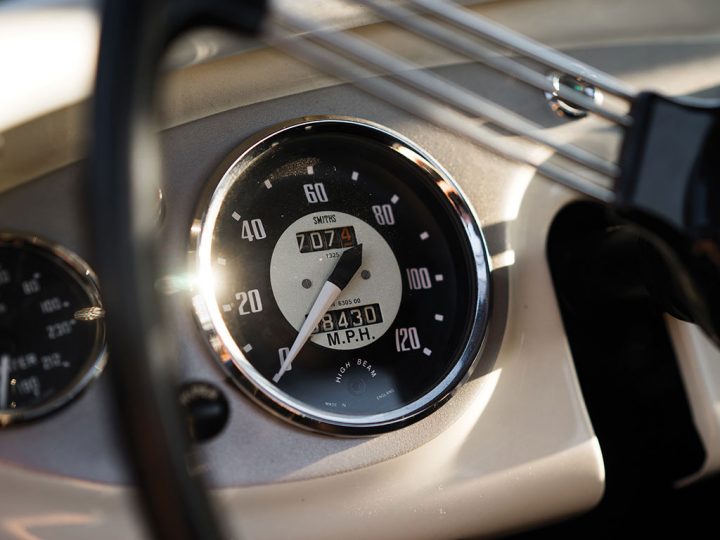 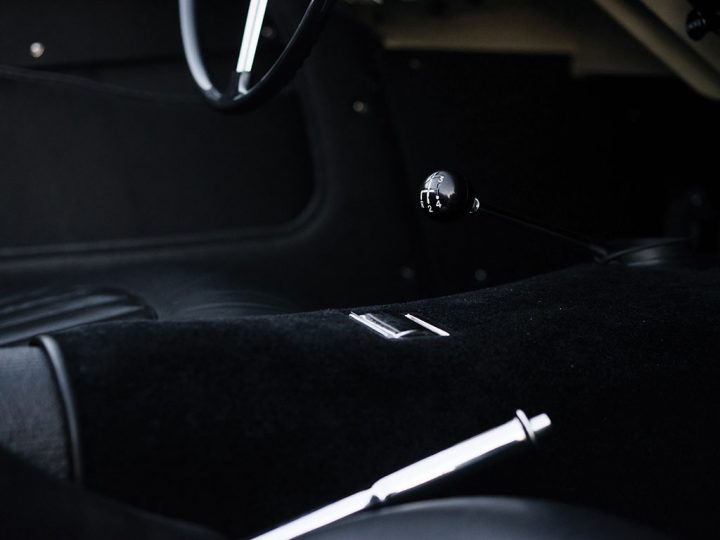 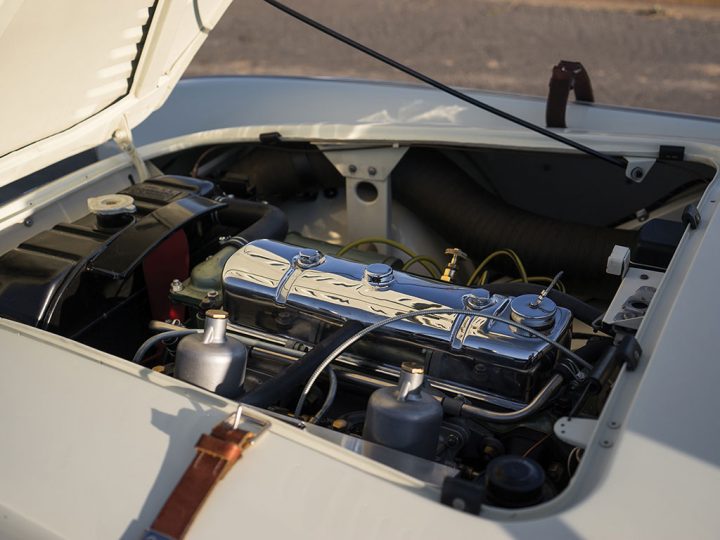 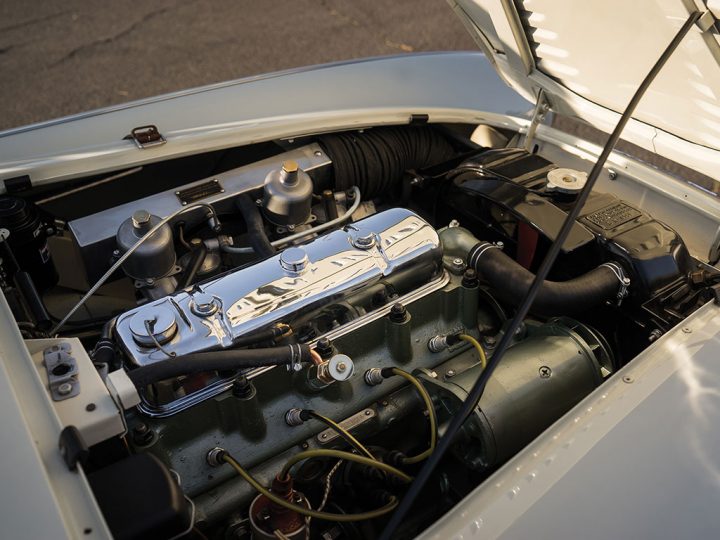 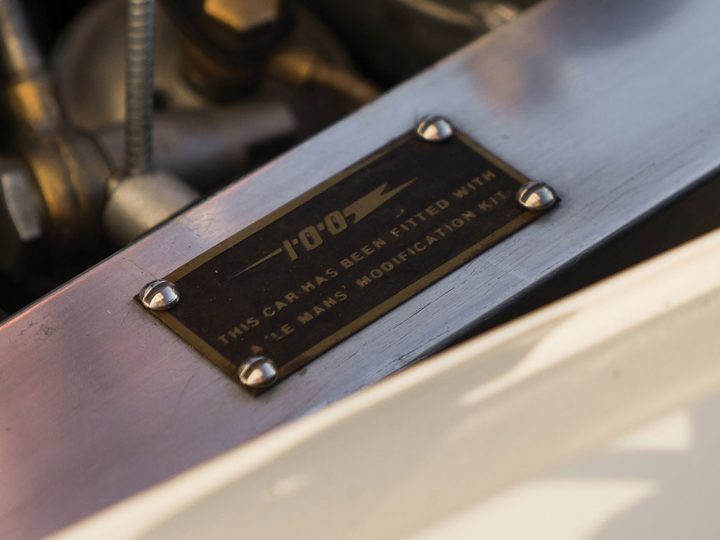 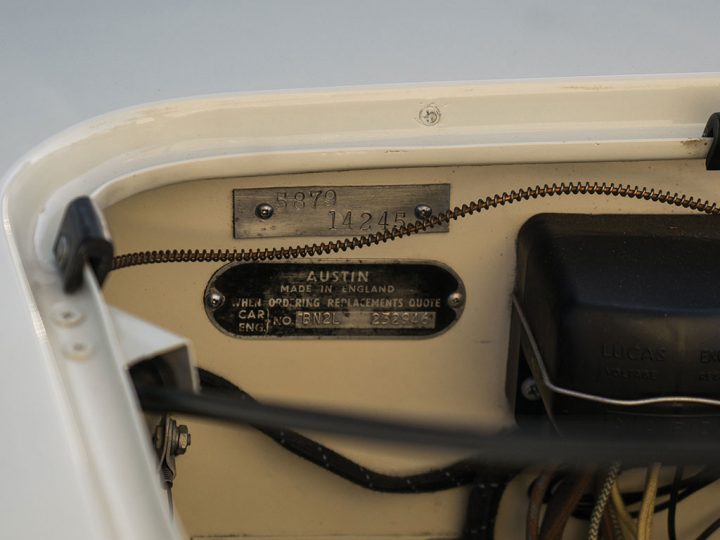