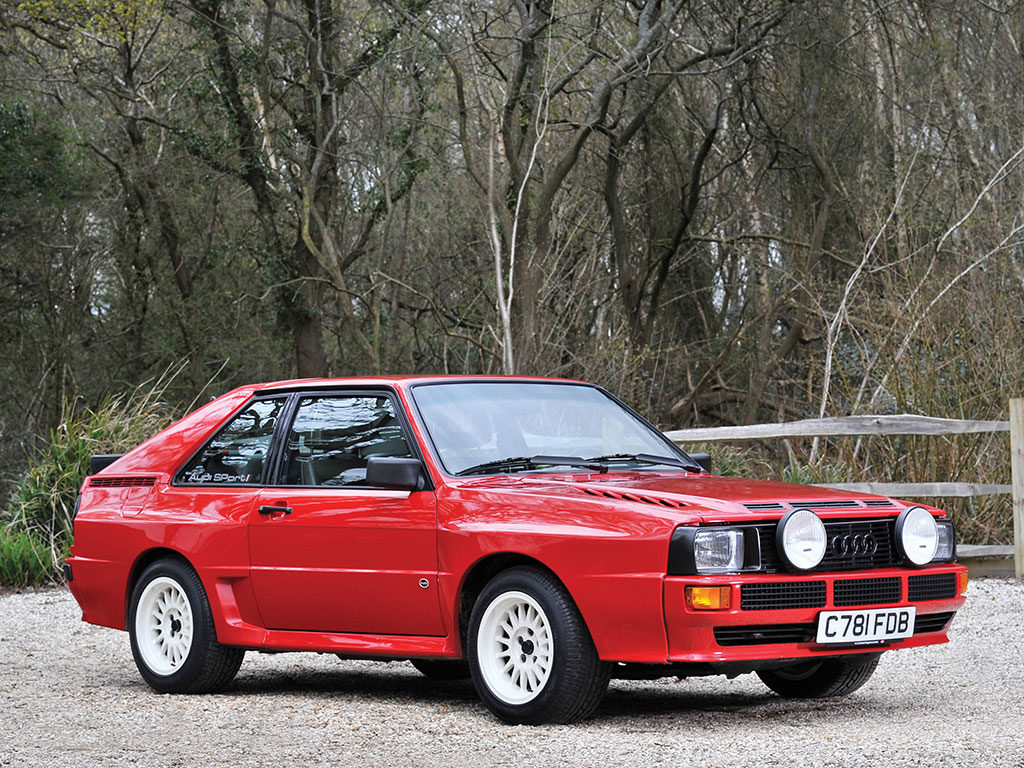 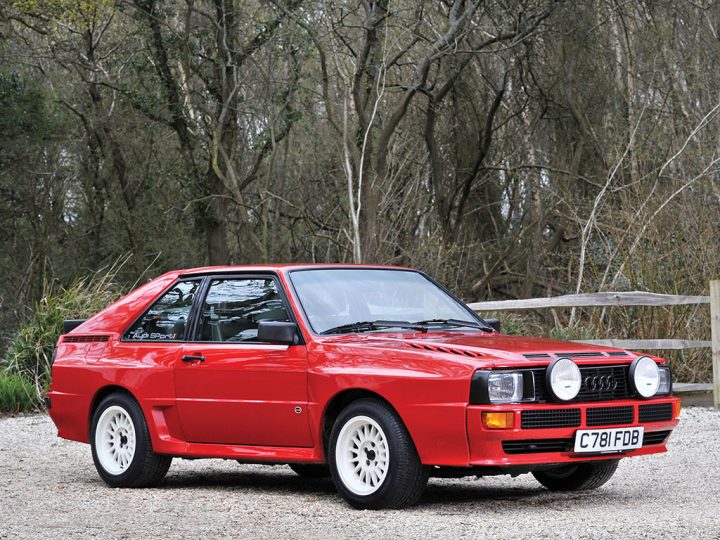 The introduction of Group B competition in 1982 opened the doors to an entirely new and fearsome category of international rally. Previously, manufacturers had been limited to either rear-wheel-drive or front-wheel-drive production cars, but Group B had almost no restrictions; automakers could implement virtually any and all new technologies and materials. Audi took full advantage. 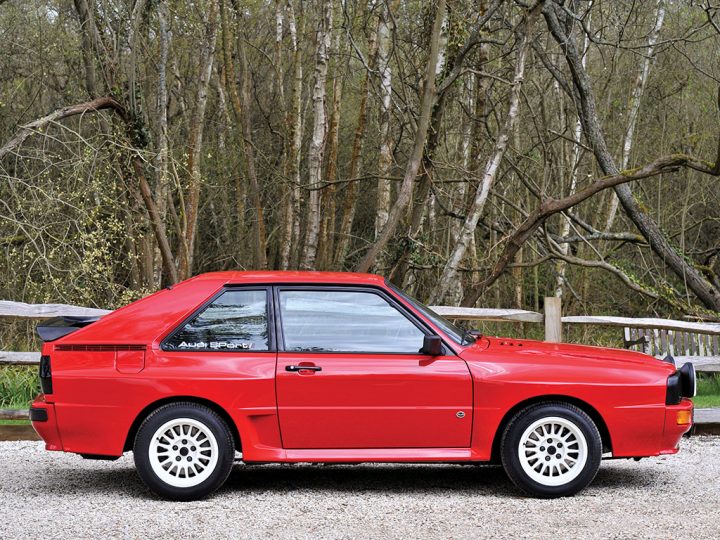 It was the first to adopt a full-time all-wheel-drive system with which the driver could vary the amount of power fed to each end of the car while at speed, a tremendous advantage when traversing the wide range of surfaces over which such events were run. The new AWD system initially appeared on the Audi 80 “quattro” long-wheelbase coupé, known today as the Ur-quattro, and was rallied in that form for several years. After Lancia 037 snatched away the World Constructor’s title in 1983, Audi’s engineers went back to the drawing table. Working in secret under the direction of Ferdinand Piech, their assignment was to design a new purpose-built weapon for the 1984 season. What emerged was the ferocious S1 Sport quattro. This brilliant machine took advantage of new regulations that allowed an automaker to build just 200 street-legal examples in order to homologate the design for competition. 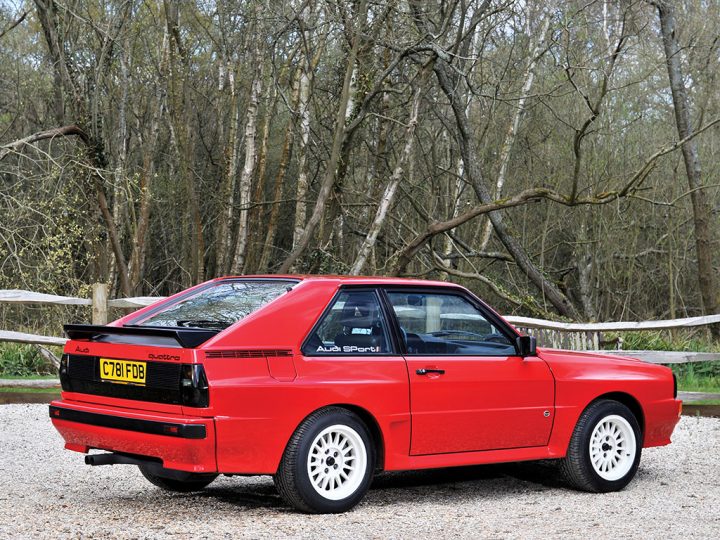 The new Sport quattro was clearly descended from the earlier car but was drastically shortened. Both the wheelbase and body shell had 32 centimetres (12.6 inches) cut out of the middle, just behind the doors. The windscreen, taken from the Audi 80, was more upright, to improve outward visibility and reduce reflection from the dashboard. While retaining some of the Ur-quattro’s monocoque cabin, the Sport quattro was now skinned in advanced lightweight materials, including carbon-fibre-reinforced Kevlar, fiberglass, and aluminium, saving almost 180 kilograms. The body had pronounced fender flares, allowing for the use of 9-inch-wide Ronal spoked alloy wheels. Ultimately, of the 214 Sport quattros produced, only 161 were homologated road versions. 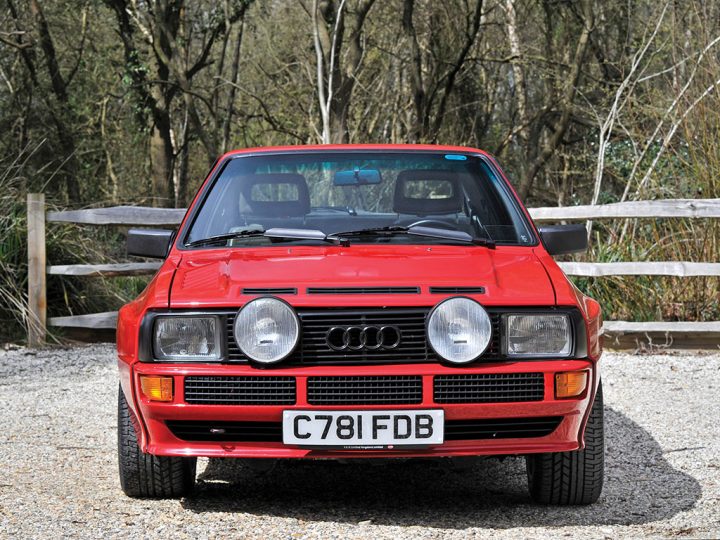 Beneath the vented fiberglass hood was an all-aluminium alloy inline five-cylinder engine with a single overhead camshaft and dry-sump lubrication. Its displacement was reduced slightly to 2,133 cubic centimetres, which, with the addition of a big KKK K-27 turbocharger, made the engine equivalent to a normally aspirated three-litre powerplant. With a new cross-flow four-valve cylinder head, Pierburg-Bosch mechanical fuel injection, and intercooling, this engine produced a stout 306 brake horsepower and 258 foot-pounds of torque in road-going form. The Sport quattro’s five-speed transmission distributed power to all four wheels via a fully adjustable all-wheel-drive system. While the shortened wheelbase provided much-improved handling, understeer remained a challenge and demanded a different driving technique. Once mastered, however, the Sport quattro was almost untouchable. These cars were equipped with variable ABS-modulated four-wheel disc brakes borrowed from Porsche’s racing inventory, allowing skilled rally drivers like Stig Blomqvist, Walter Röhrl, and Michelle Mouton to dive deeply into unpaved hairpin corners and then simply power around. 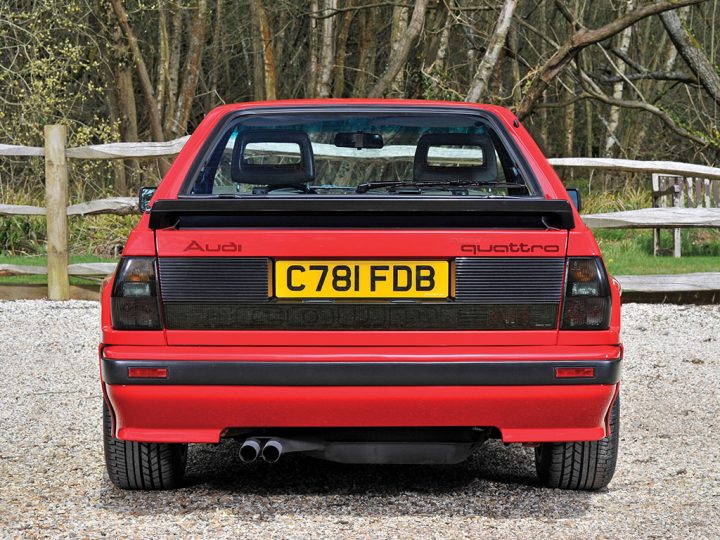 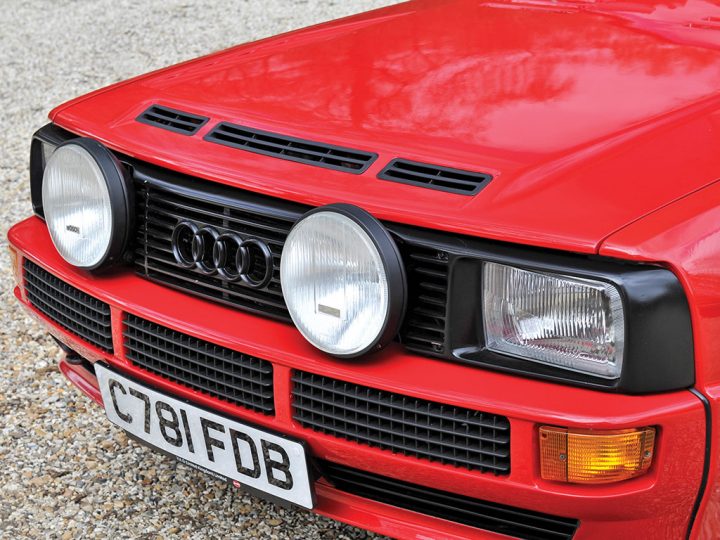 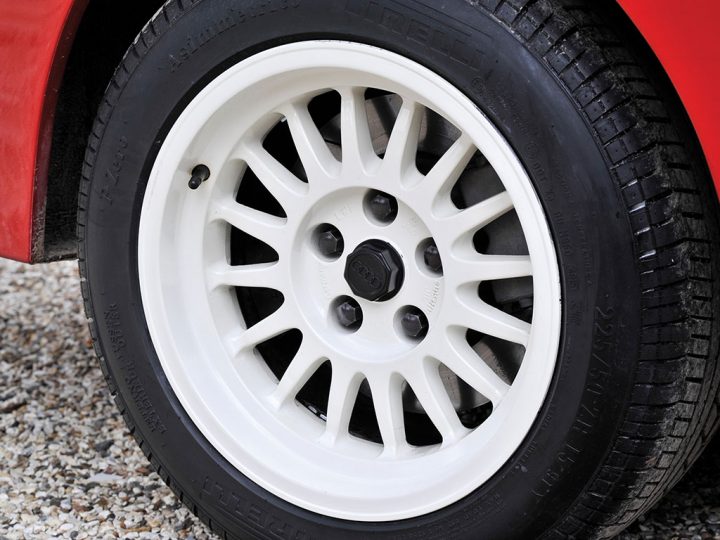 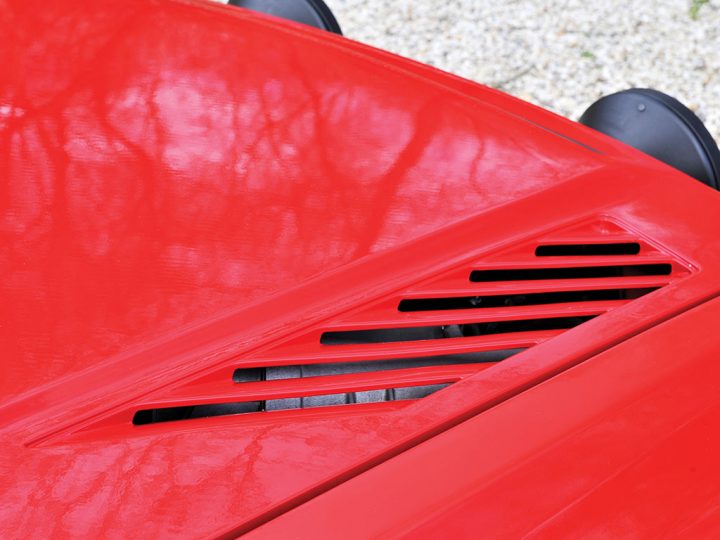 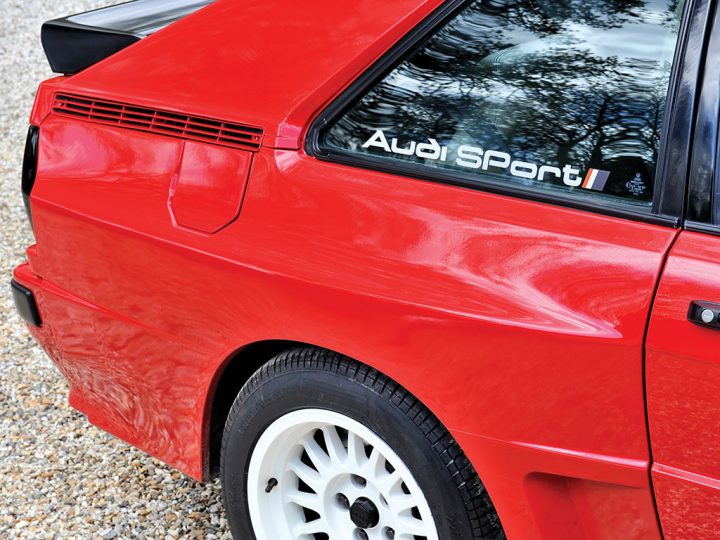 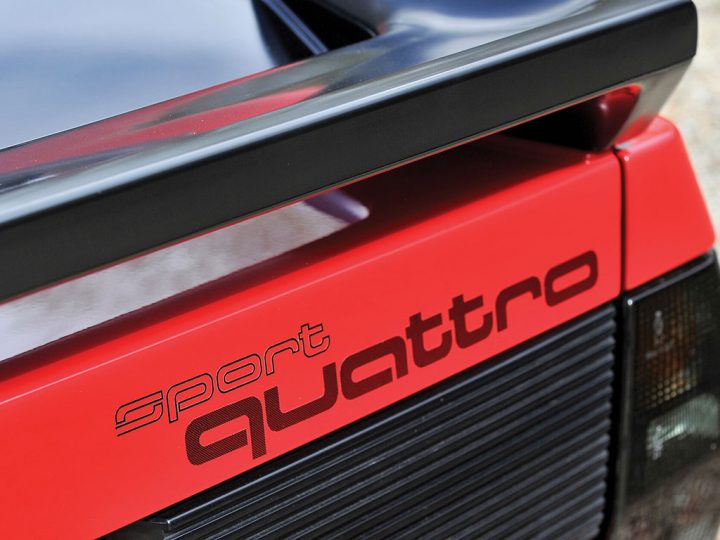 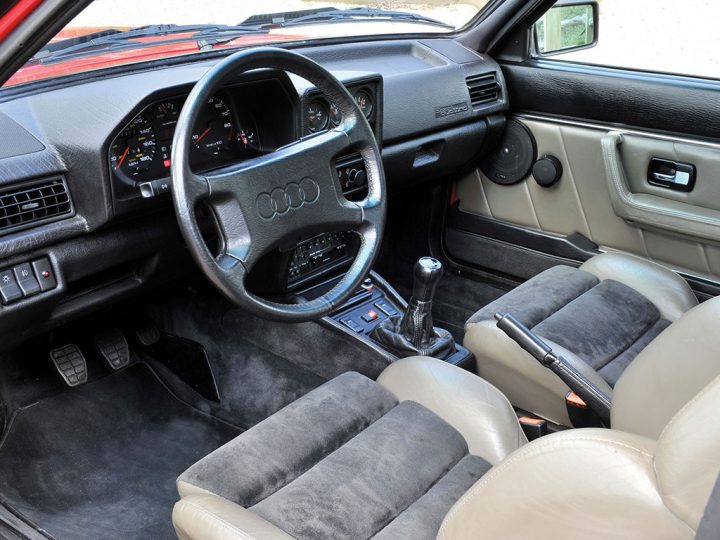 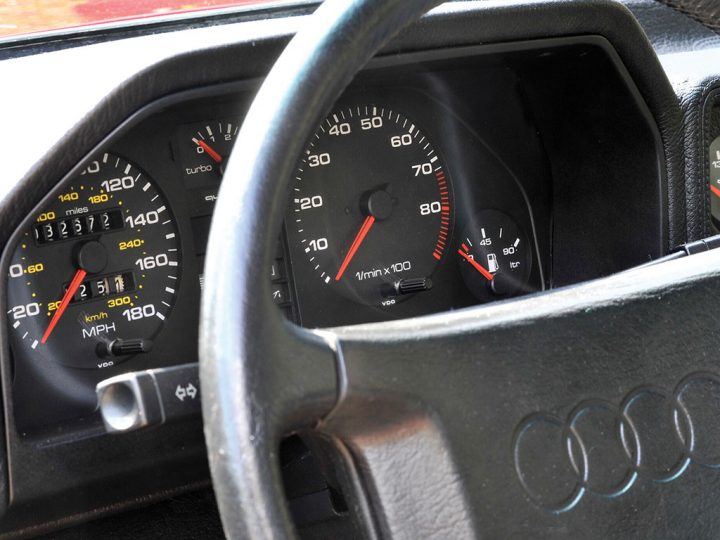 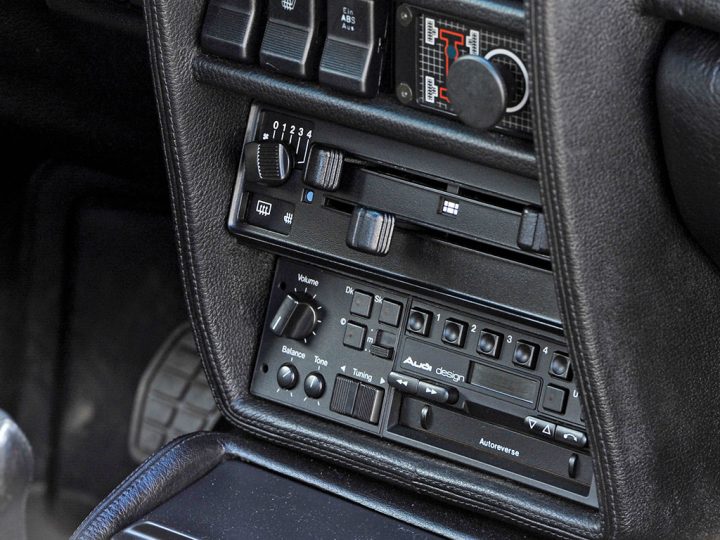 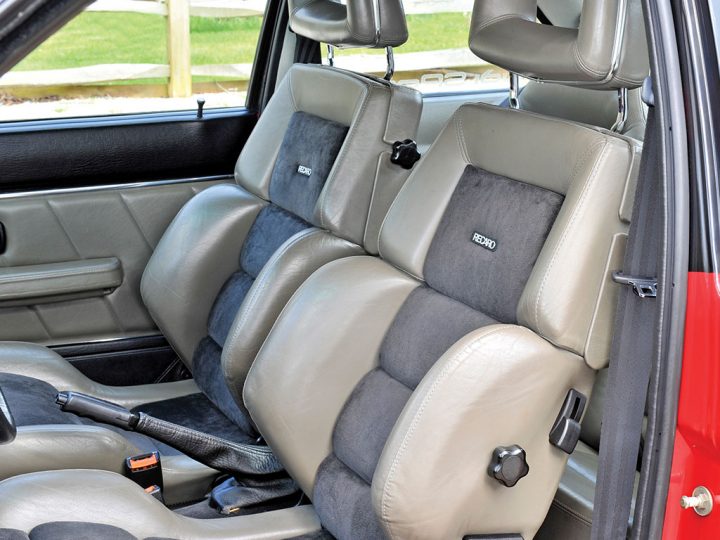 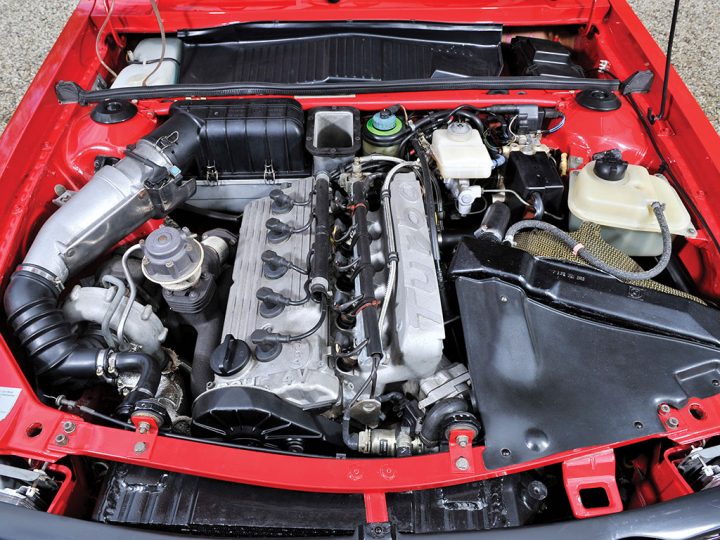 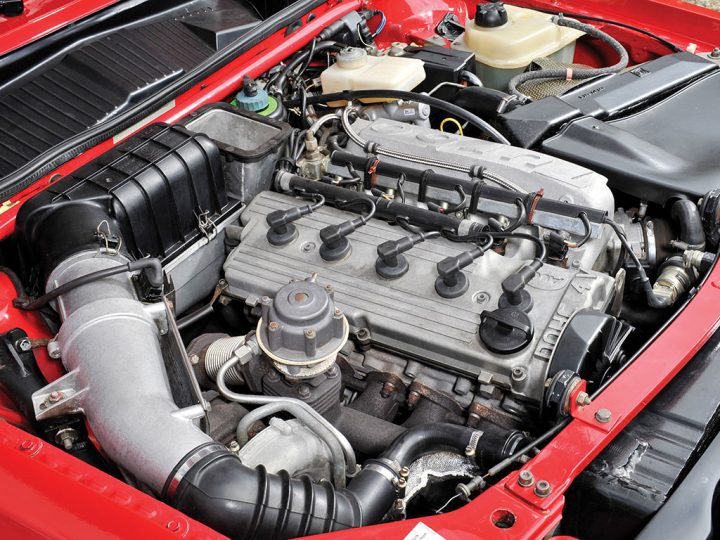 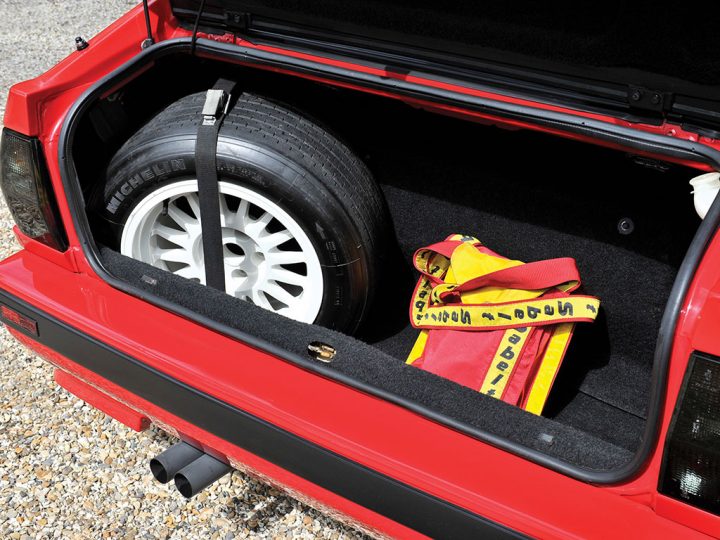 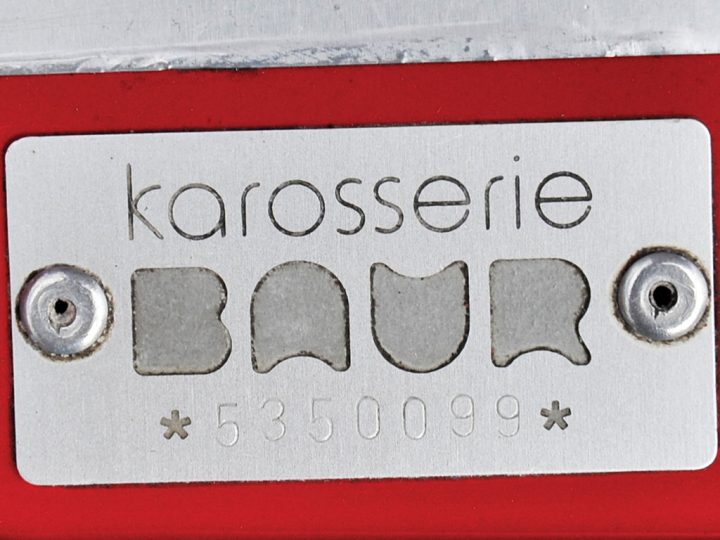 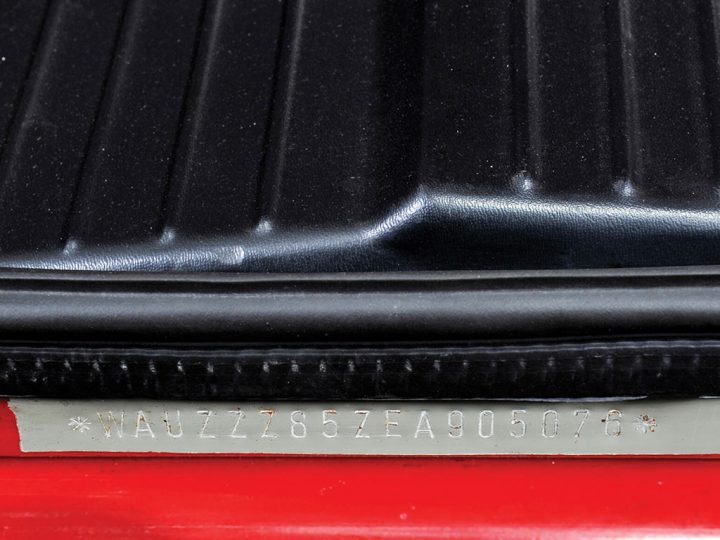 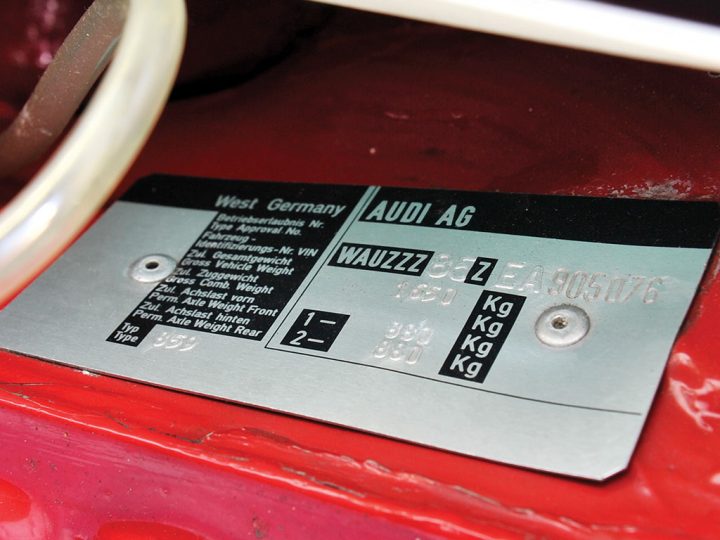