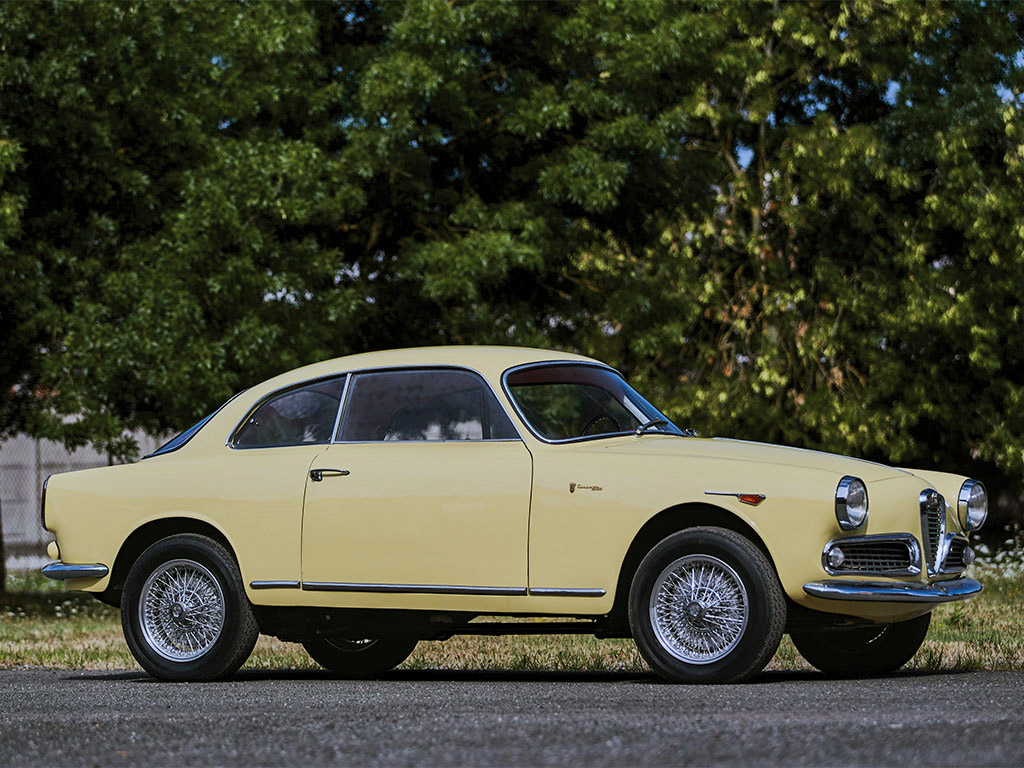 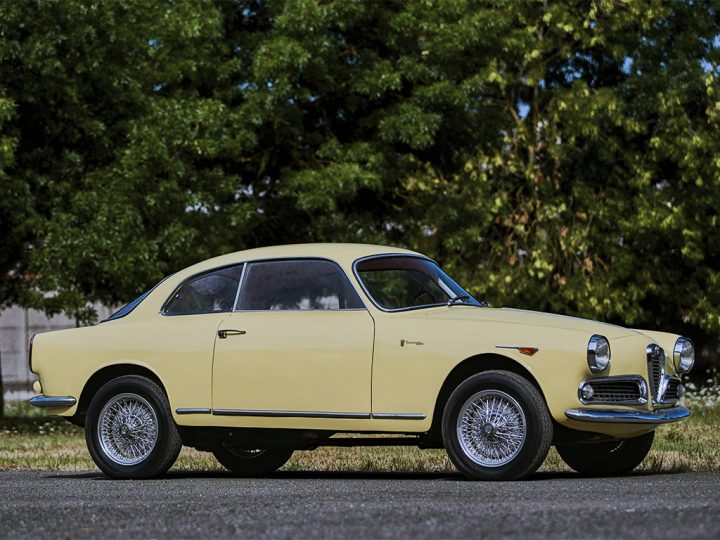 Like most automakers the world over, Alfa Romeo emerged after World War II with cars of pre-war design. Unlike most of the others, however, Alfas were more than up-to-date, having pioneered features like double-overhead camshafts and independent suspension in the 1920s. 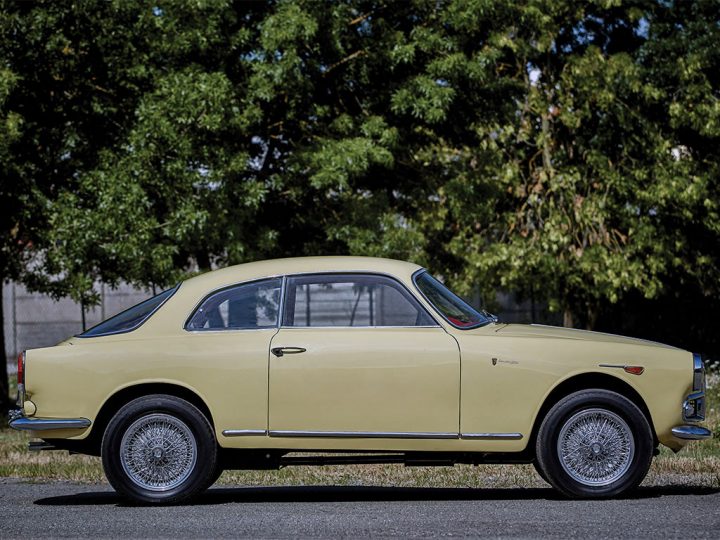 Alfa Romeo’s first new post-war design was the 1900, introduced in 1950. It had two major advances over the pre-war carry-over models: unitary construction and a compact twin overhead-cam four-cylinder engine. Sedan models sold well, production reaching nearly four thousand. A coupé with body by Carrozzeria Touring of Milan was sold as the Sprint, and Pinin Farina countered with a drophead Spider.

The second new post-war design was the Giulietta, introduced in 1954. Whereas the 1900 appeared first as a saloon, the Giulietta bowed as a Sprint coupé, designed by Franco Scaglione at Bertone. The saloon (Berlina) came several months later, in the spring of 1955. Mid-year saw the introduction of the convertible Spider, designed and built by Pinin Farina. The engine was a 1,290-cubic centimetre dual overhead-cam four, with a light alloy block and cylinder head. The Sprint and Spider models made 80 brake horsepower; total Giulietta sales topped 175,000. 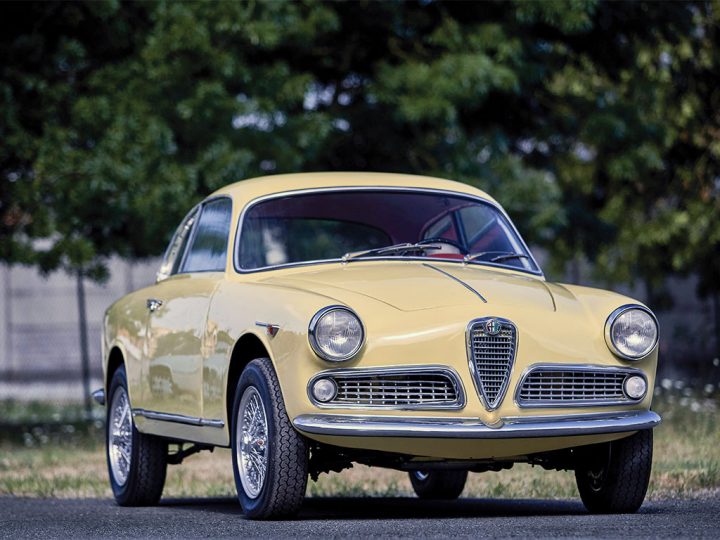 Factory records show this Giulietta Sprint 1300 was completed on 27 June 1961 and dispatched the next day to Società per il Commercio dei Prodotti Alfa Romeo, the local dealer, in Lugano, Switzerland. As delivered, it was red in colour. The current owner acquired it as a barn find and had it restored in Italy by Manzio Comparnoni Roberto of Verdello in the Lombardy region. During the restoration, it was painted in the light yellow colour in which it was found. It has a new interior in red leather with black piping, and black carpets piped in red. 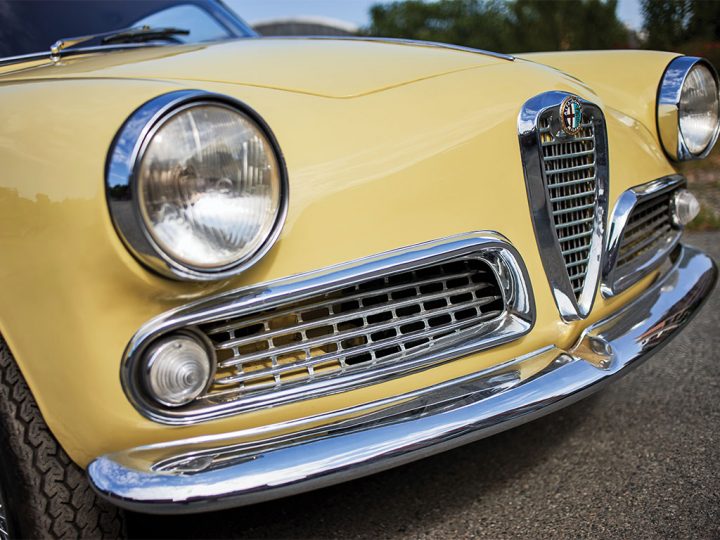 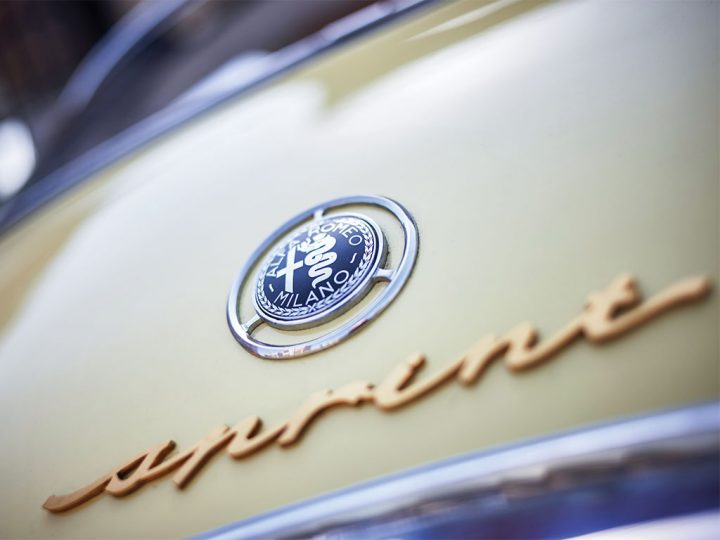 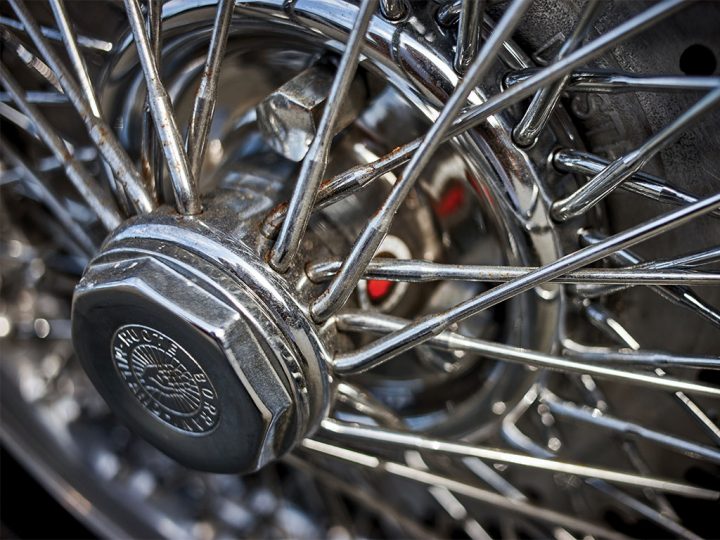 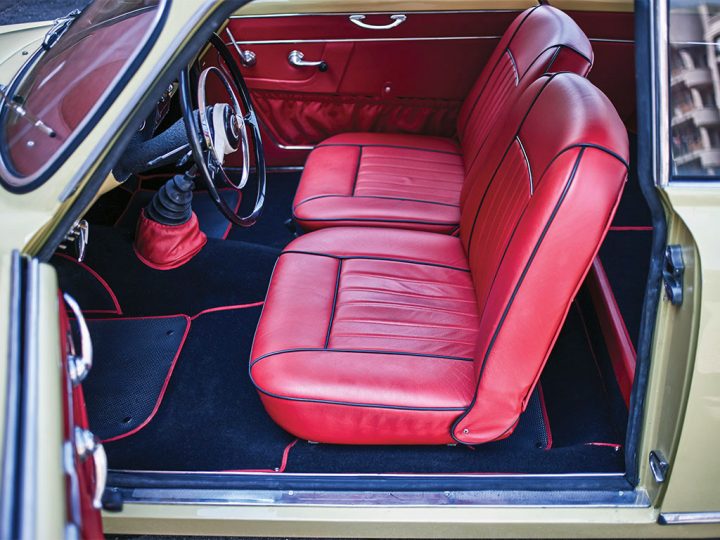 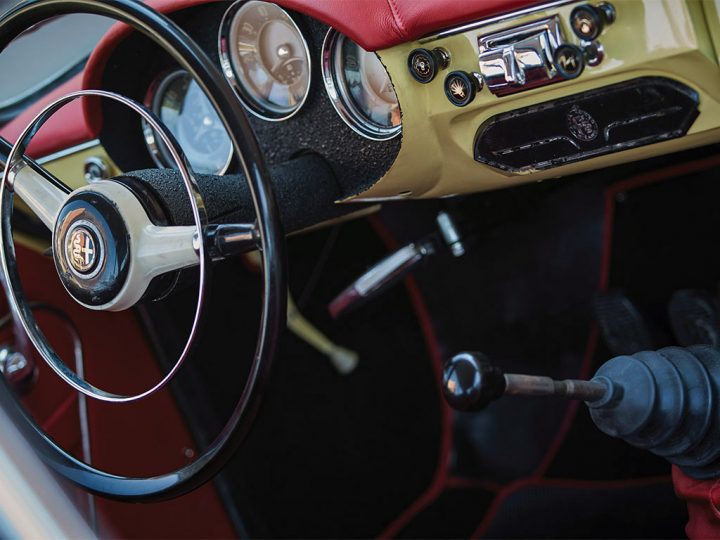 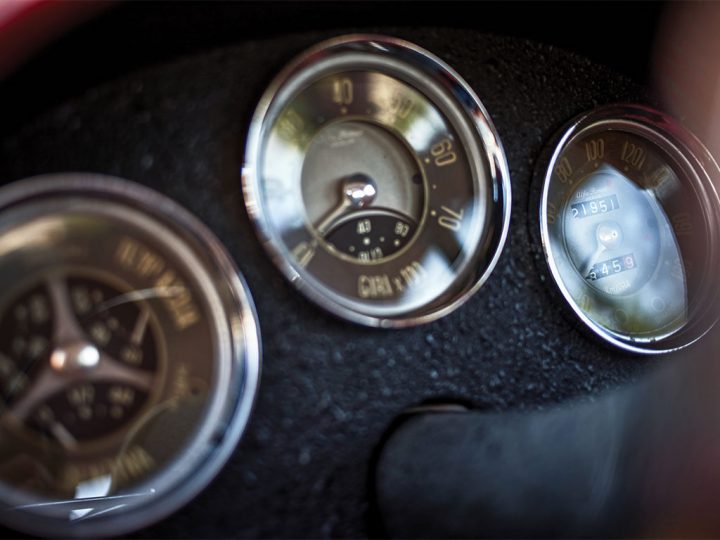 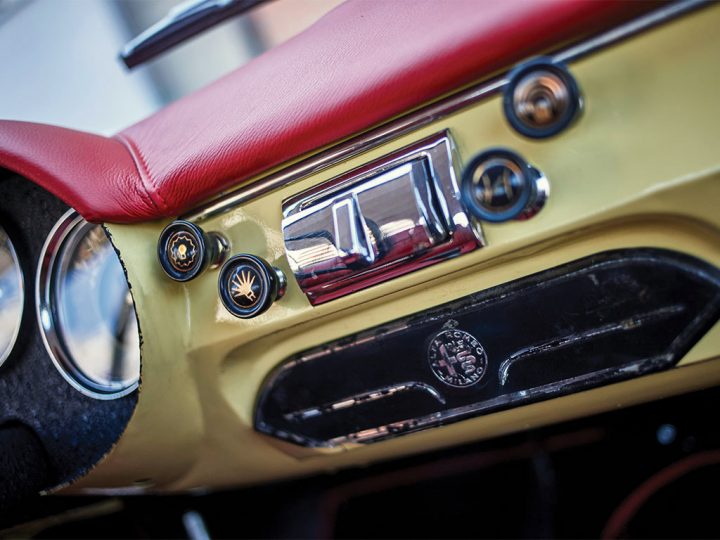 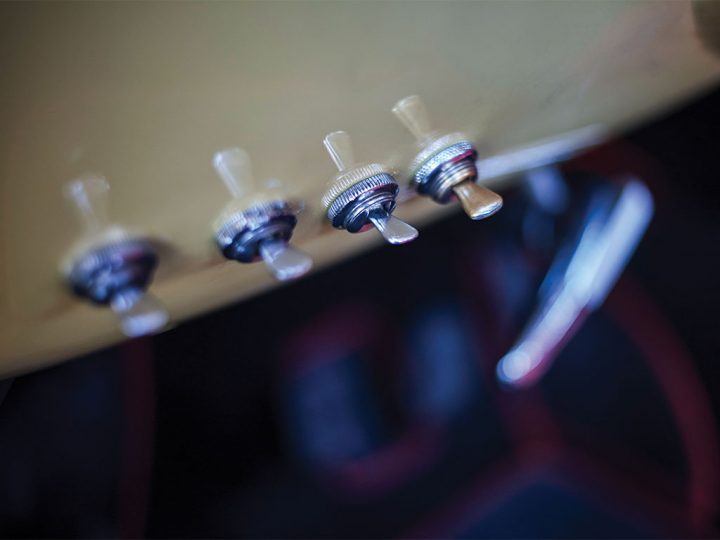 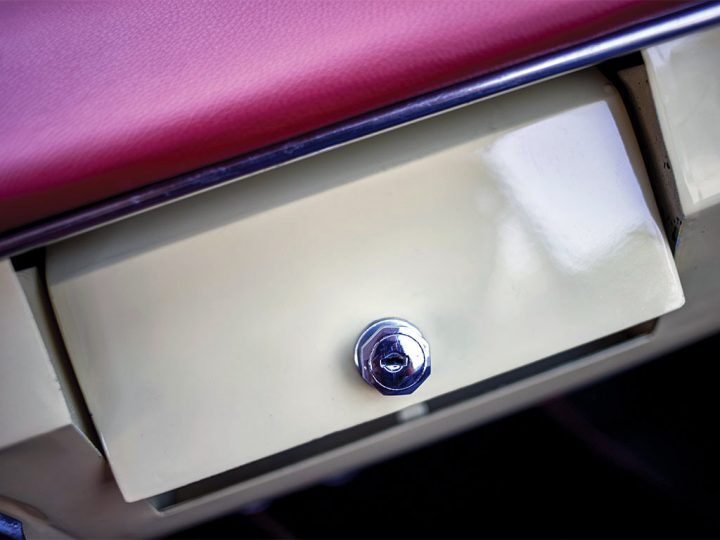 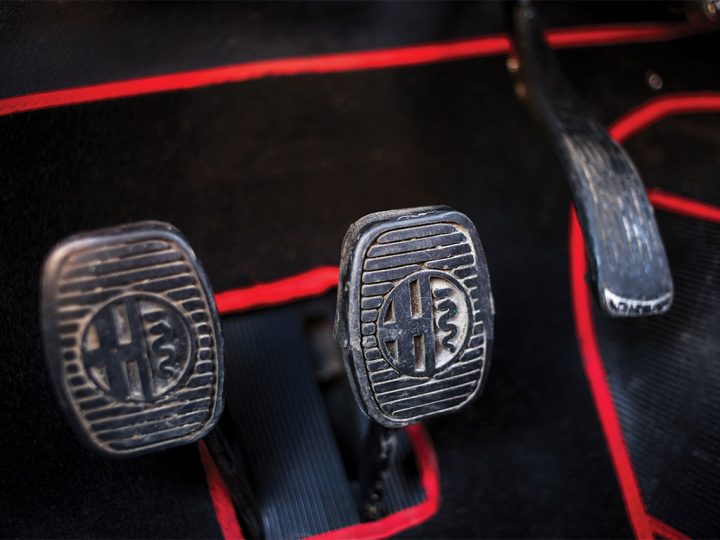 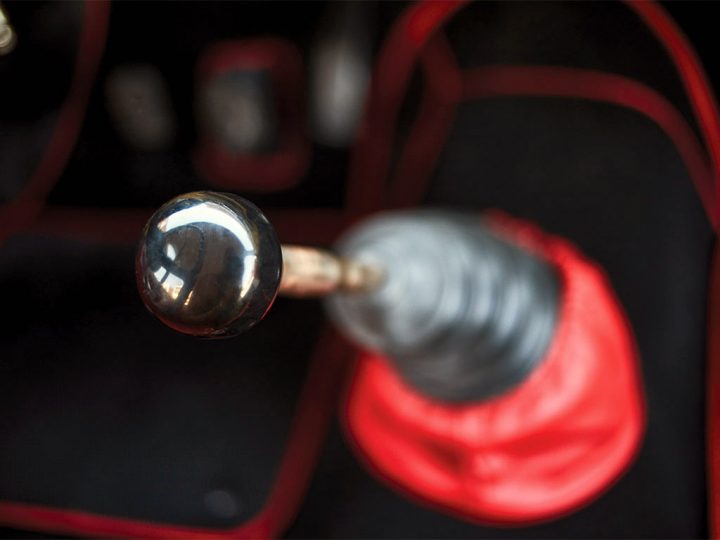 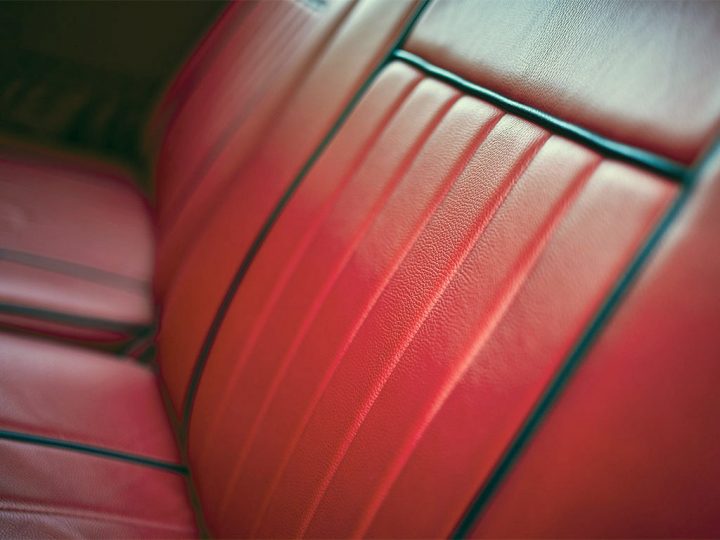 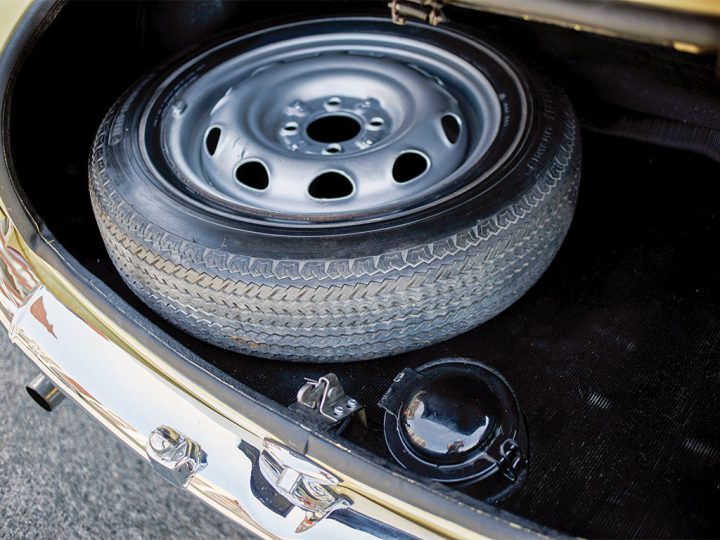