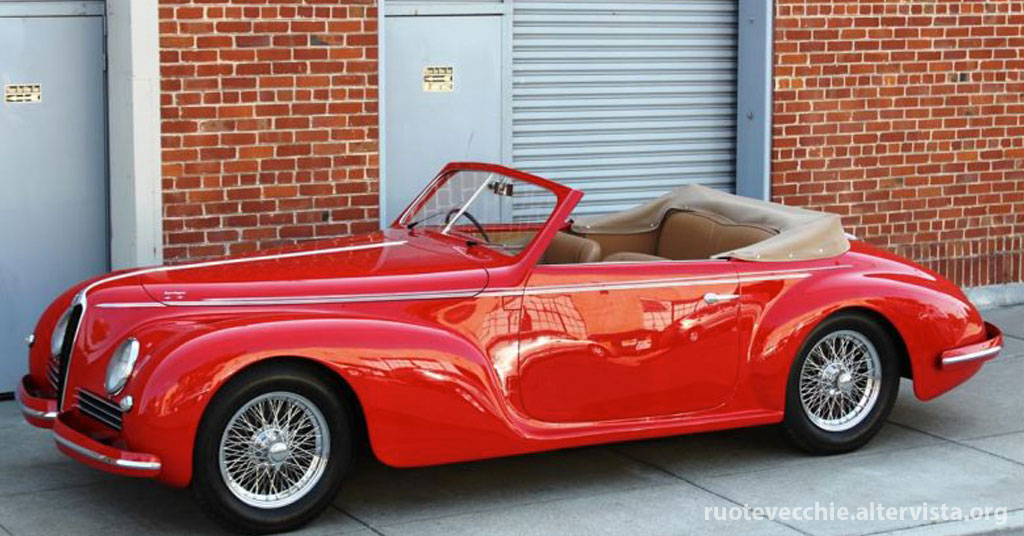 Chassis 915128 is one of three examples originally built in this four-passenger cabriolet configuration by Touring; of those only two are extant, and only this car retains its original chassis, engine and body. This example was purchased new by General Von Carnap in Berlin; it is believed that he was responsible for sourcing several Alfas for high-ranking German officers. Angelo Tito Anselmi’s authoritative book, Alfa Romeo 6C 2500, notes that the chassis was completed in June of 1942, and its delivery almost a year later in April 1943 would indicate the period spent constructing the beautiful cabriolet coachwork. Period images of this particular sporting body style are printed in the aforementioned book as well.