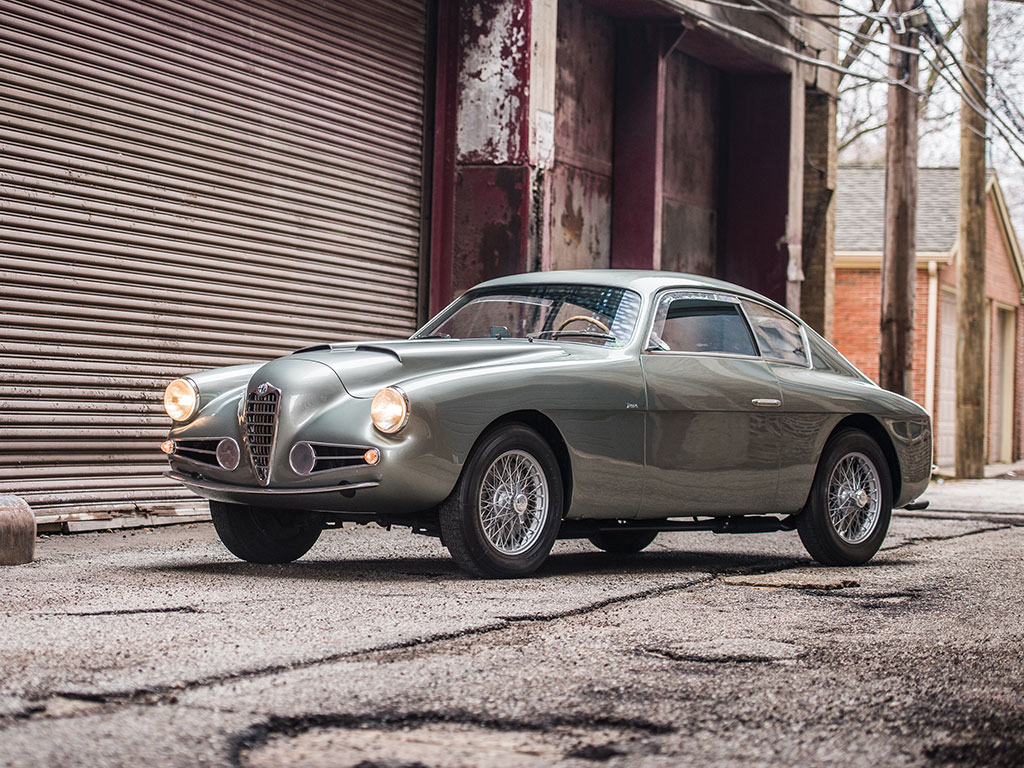 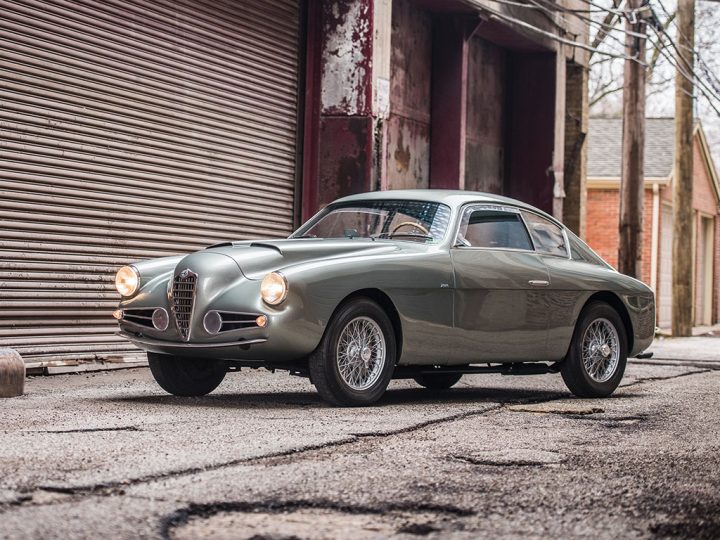 As a racing enthusiast, Elio Zagato was intrigued by the promise of Alfa Romeo’s sporting 1900C platform. In September 1954, he sourced a 1900C chassis and clothed it with lightweight aluminum coachwork that has since become regarded as one of his finest designs. The new body featured a sculpted nose and bulged hood with dual inlets designed to clear the higher-profile Weber carburetors.

Zagato entrusted this 1900 to Vladimiro Galluzzi, a driver from his Sant Ambroeus racing concern, and based on its promise, Alfa Romeo experimental department director Consalvo Sanesi recommended production of a small batch of officially sanctioned cars. Approximately 39 examples of the resulting 1900 Super Sprint Zagato were built by mid-1956, and for a short period the beautiful car held quite a sway over the European sports racing niche. Six different examples were entered at the 1955 Mille Miglia alone, and Joakim Bonnier notably won the 2-liter Sverige Grand Prix in August 1955 by beating a host of Porsches and Fiat 8V examples. 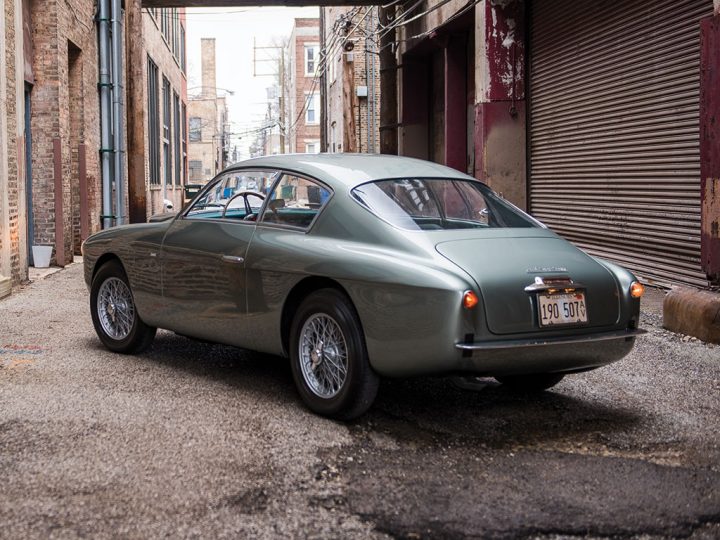 Steeped in a competition mandate, and exquisitely hand-fashioned by one of Italy’s most esteemed carrozzerias, the 1900 SSZ is now a favorite of heavyweight collectors and connoisseurs of rare Italian sports cars, often gracing premium concours d’elegance and Italian design exhibits. 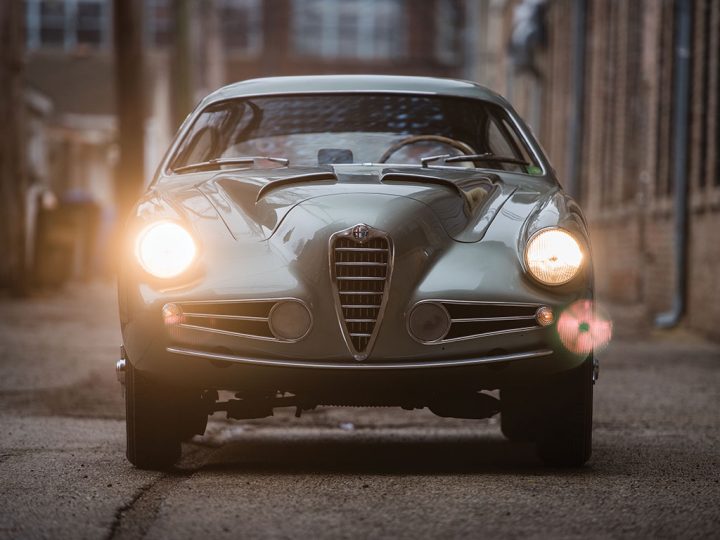 According to the research of Alfa 1900 Register curator Peter Marshall, chassis 01915 is approximately the 17th example of 21 cars ordered in 1954 on the second-series Sprint chassis. Completed in early 1955, the SSZ was equipped with engine number 01048, which notably remains in the car today. Finished in metallic grey paint, the 1900C was distributed to Franco Venturi of Rome, as clarified by copies of original Auto Club d’Italia registrations. Venturi was a player in the premium sports car market of Rome, trading in many well-specified race cars and berlinettas, and he quickly sold the Alfa on 26 February to Sergio Bettoja, a young driver who went by the nom-de-guerre Pegaso. After registering the SSZ with tags 219047, Bettoja entered the car in the Giro di Sicilia on 4 March 1955. He then used the Alfa to become the champion of the University of Modena, as described in a May 1997 issue of RuoteClassiche magazine. 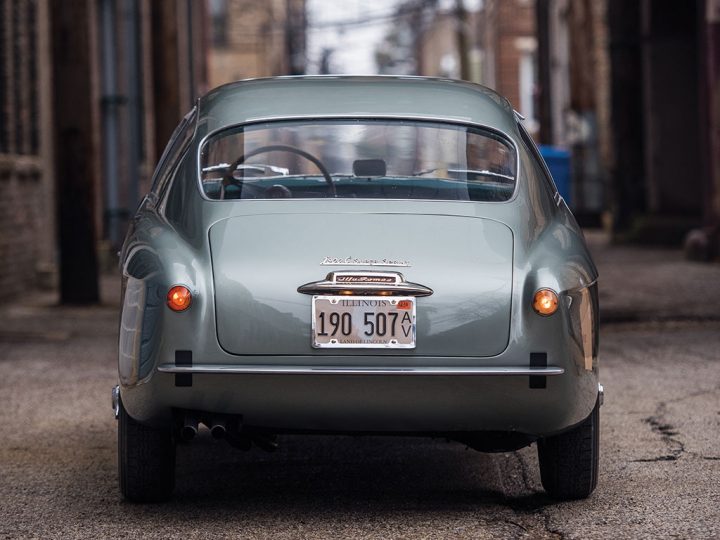 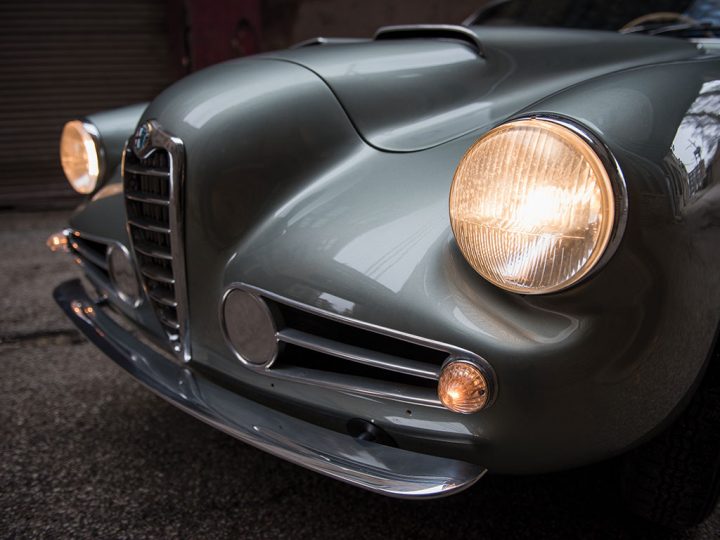 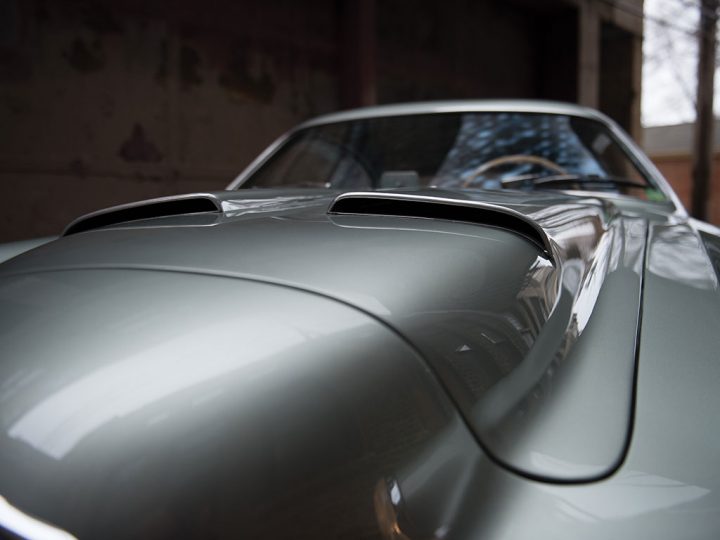 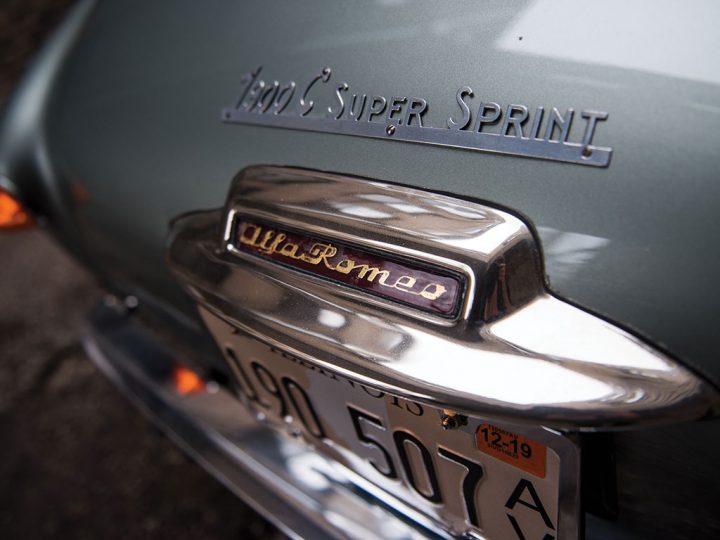 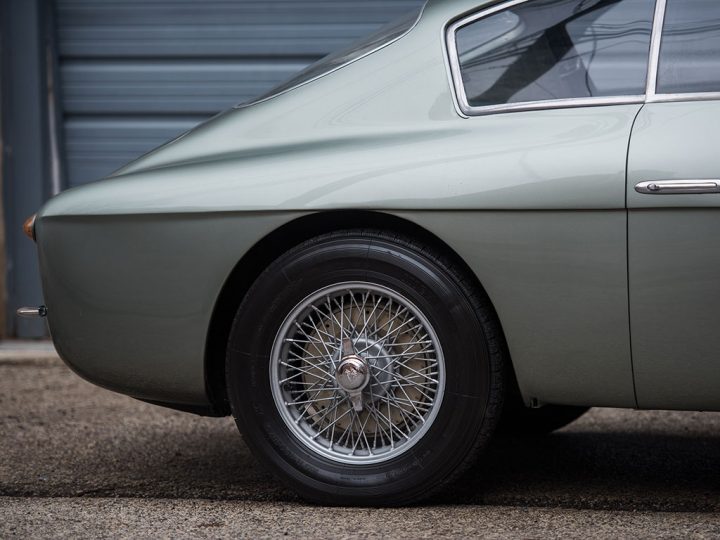 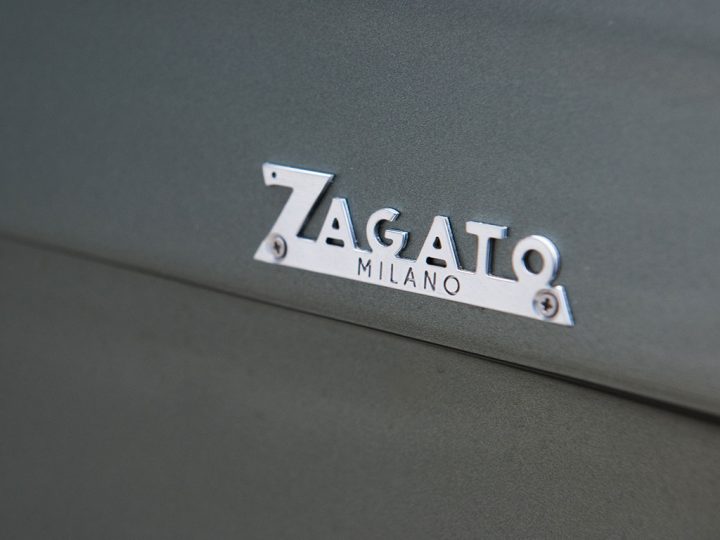 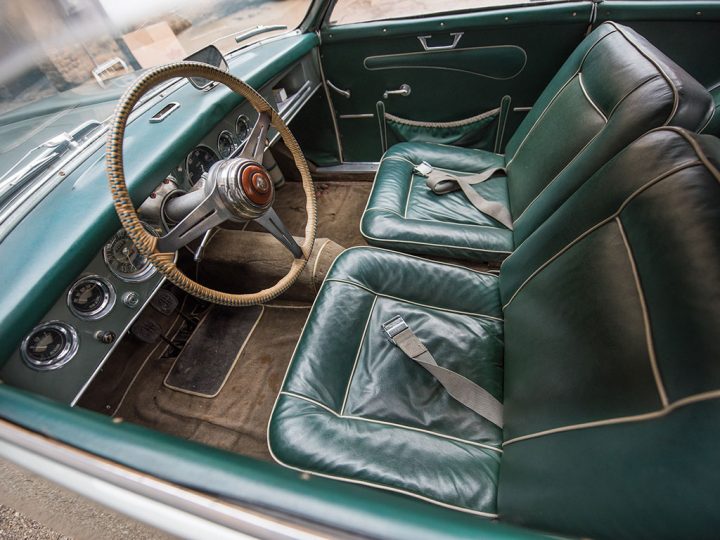 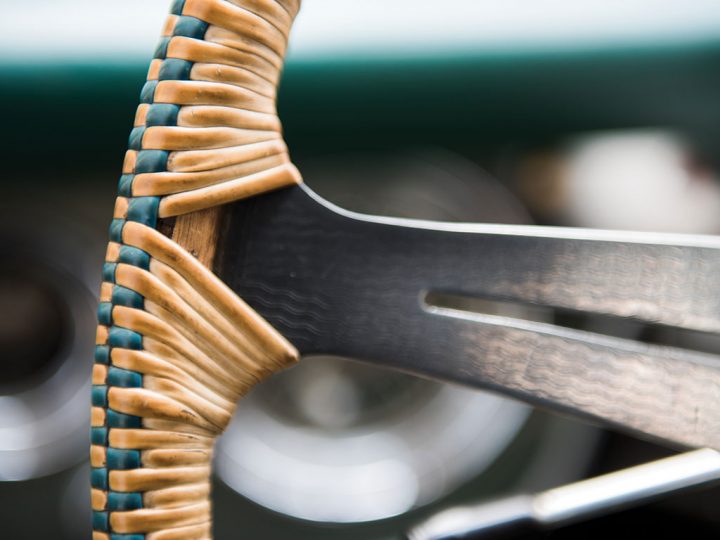 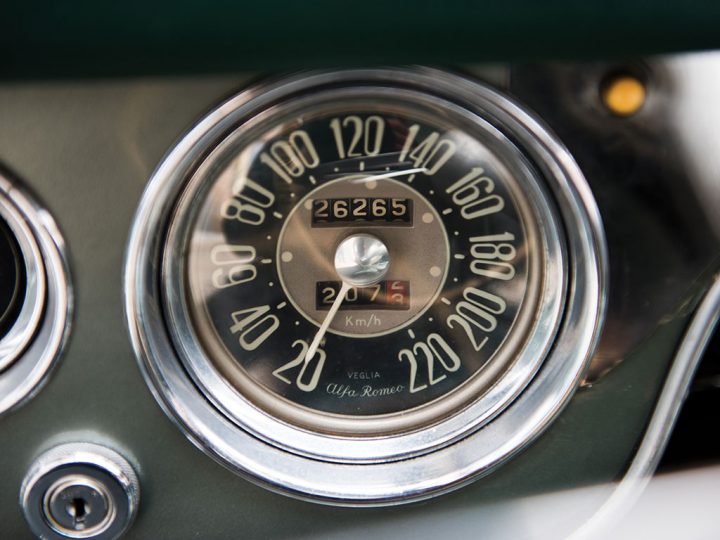 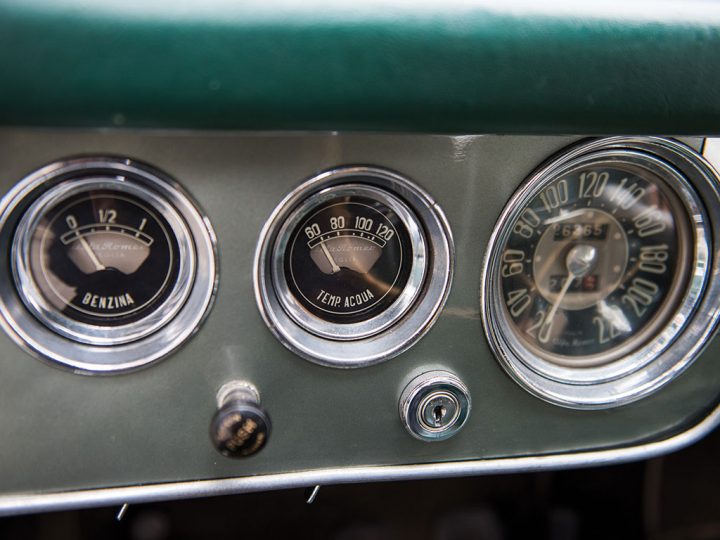 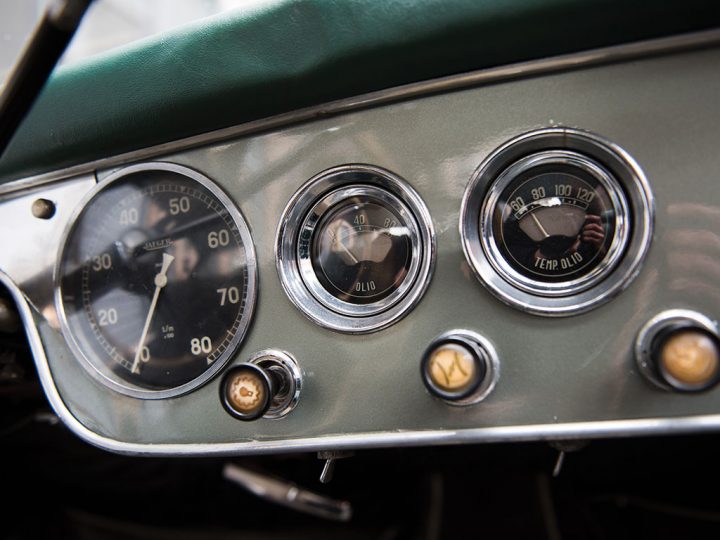 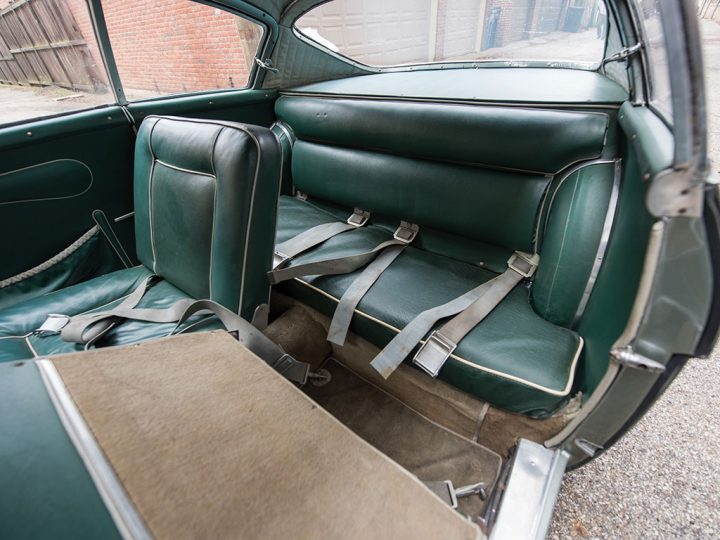 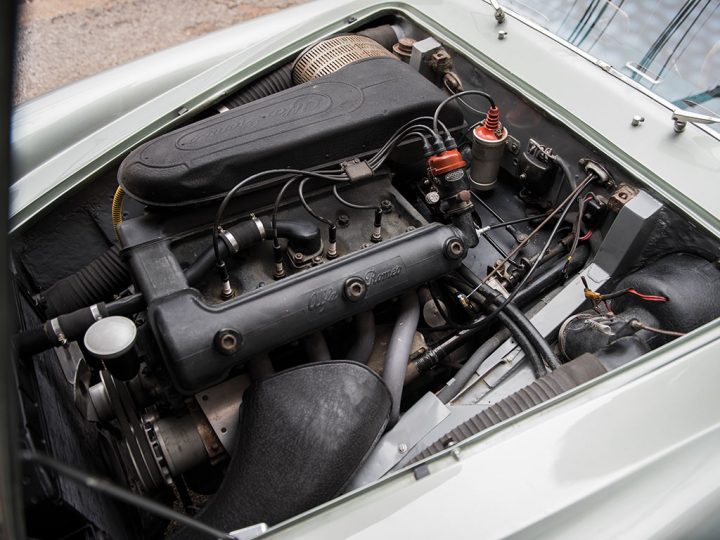 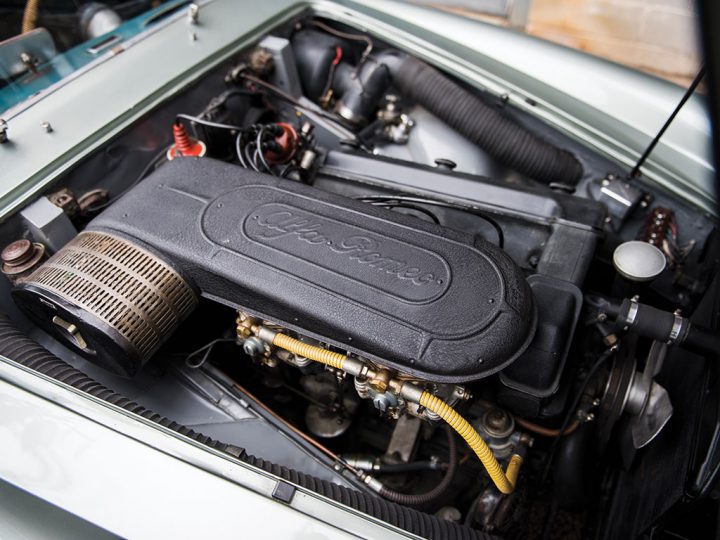 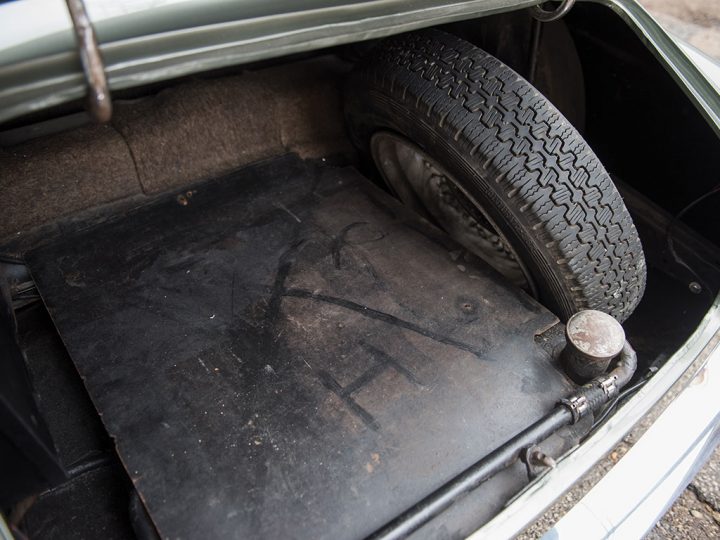