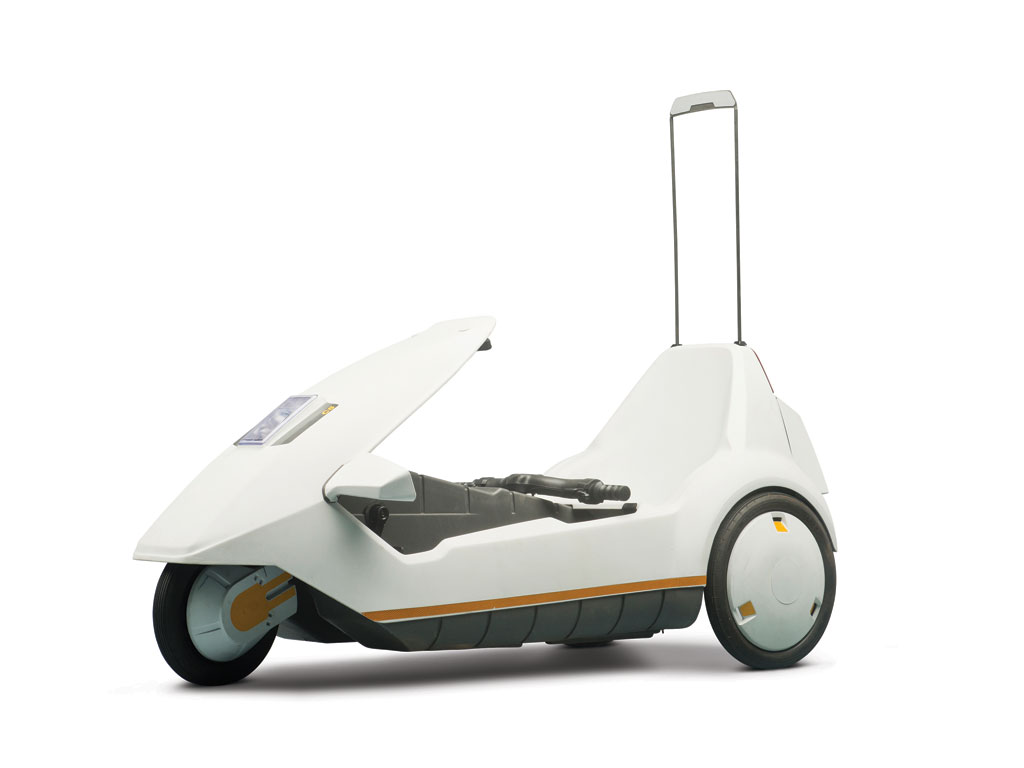 Sir Clive Sinclair was a wealthy genius who amassed his fortune by the invention and manufacture of a wide range of visionary electronic devices and products. These included home computers in the early-1980s, at a time when these were largely still occupying dedicated rooms. The idea of mobilizing the population with a personal, eco-friendly vehicle consumed Sinclair, at a time when ecological issues were in the forefront and recent legislation allowed electrically-assisted cycles to be used without a license.

Sinclair sold a fraction of his own company shares to finance the project. Chassis design was handled by Lotus, and the custom motor was designed by Polymotor. The polypropylene body shell was the largest one-piece injection molding ever attempted to date. After negotiations for the former DeLorean factory failed, the Sinclair C5 was built in a Hoover factory in Wales.

The much-publicized launch was held in the middle of winter, and the plastic bodies skated over the snow. The press was merciless; sales nosedived and production was wound up in six months. As such, remaining examples of this remarkable product are exceptionally rare. This very responsive vehicle is a delight to drive under reasonable meteorological circumstances, and today, it enjoys a worldwide cult following.