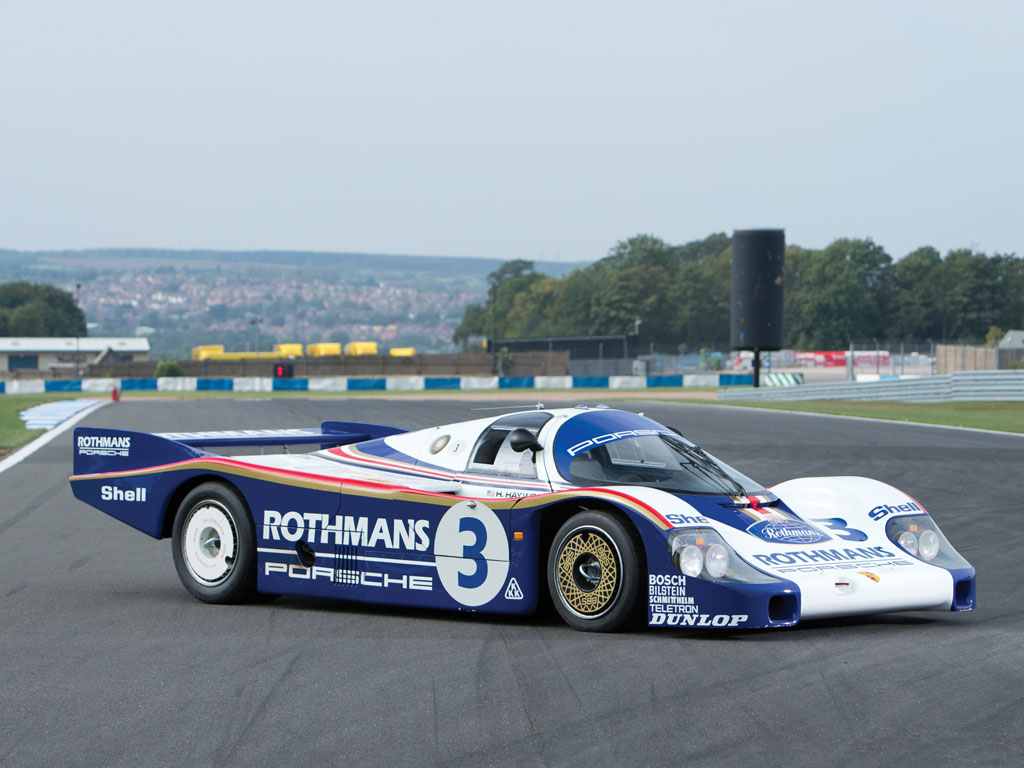 Few race cars of the Porsche pantheon are as universally acclaimed as the 956. The car is a brilliantly engineered aesthetic wonder. It was born of another round of FISA rule changes that ultimately resulted in the emergence of several marque innovations. The 956 was the first Porsche race car to feature monocoque construction, with even the engine serving as a load-bearing component. The 956 was also the first such car to feature so-called ground effects, which are the aerodynamic channelling body features that maximise cornering force. The 935/76 flat-six turbocharged engine, which was a development of the company’s foray into Indy racing, was tuned to meet the new Group C regulations, which limited fuel use during races.

The 956 was a winner from the start, as it took a 1-2-3 finish at the 1982 24 Hours of Le Mans in just its second race. The model then dominated the next few seasons, with the Rothmans-sponsored Porsche factory team winning Le Mans again in 1983 and privateering 956s taking the honour in 1984 and 1985. After four straight wins by the 956 at Sarthe, FISA changed Group C rules again, in an apparent attempt to do away with the unbeatable car. Despite these measures, the modified development of the 956 that emerged, the 962, posted an equally impressive run in Group C and the IMSA-GT series in the United States. In total, the 956 and its derivative dominated prototype racing for over 10 years, undergoing remarkably little modification during that time, which is a true testament to the success of its design.