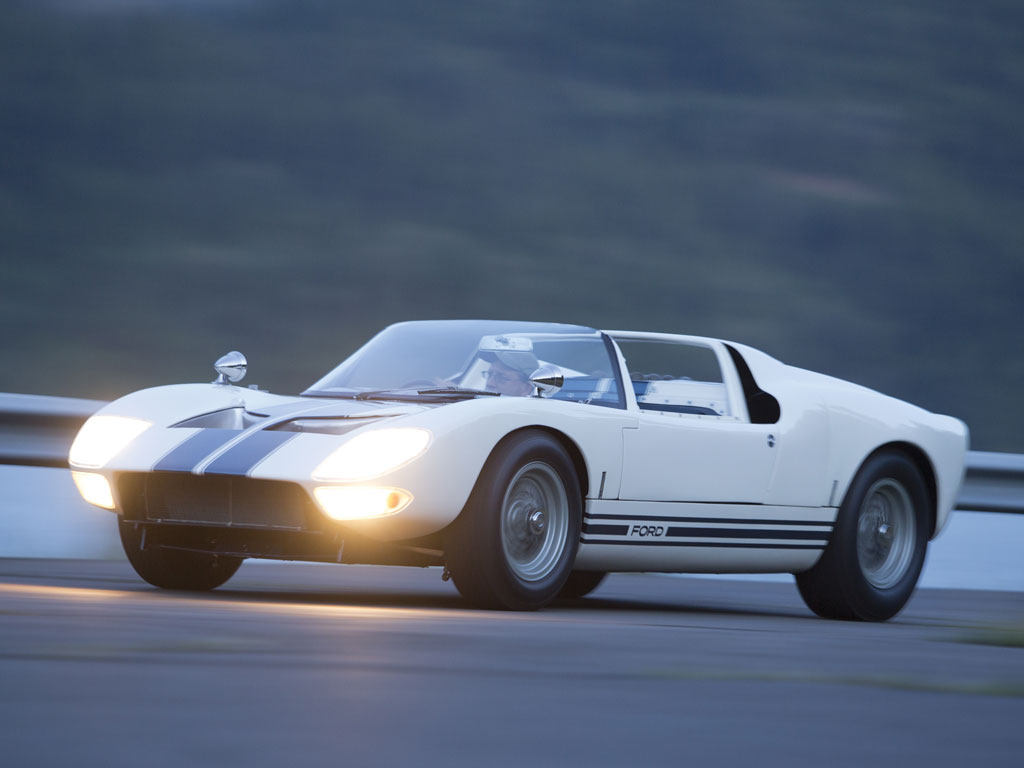 Very few models in automotive history claim a comprehensive provenance that encompasses beauty of exterior design, power and flexibility of mechanical specifications, competition success, conception and execution by multiple legends in the field, and rarity. Though a short list of such models is always subjective in nature, there is still a consensus on a small handful of great cars, of which the Ford GT40 is certainly worthy of top consideration. Its sensational appearance and groundbreaking mid/rear-engine layout, powerful Detroit muscle, a design and proving team including Eric Broadley, Carroll Shelby, Dan Gurney, and John Wyer, and ultimately four consecutive victories at the 24-Hours of Le Mans combined to propel the GT40 to a stratospheric level of appreciation and esteem within the niche, which endures to this day.

Yet despite the greatness achieved by the mighty Ford GT, success did not arrive overnight, as various teething pains prolonged the car’s development from Broadley’s 1963 Lola Mk 6 GT, the first mid/rear-engine sports prototype with large-bore power (see lot 139), into the GT40 Mk II race-winners that finished 1-2-3 at La Sarthe in 1966. As the story goes, Ford’s intention to produce the GT40 as a production road car cooled Broadley’s interest in the project, and he quickly extricated himself from his contract and returned to racecar production under the Lola banner (ironically at the Slough factory recently acquired by Ford for the GT’s development) after only five GT40 prototypes had been built. Ford reconfigured their early engineering team into FAV (Ford Advanced Vehicles) and continued work on the GT40 in the facility immediately adjacent to Lola.

Chassis number GT/108 was the first roadster produced at the new FAV site. The car is one of just six open-top GT40 Roadsters eventually constructed, reflecting Ford’s experimentation with the configuration to test for market appeal and salability. GT/108 is also notable as one of the 12 early prototype cars with the three-digit “GT” chassis number designations, as opposed to the “P” designation stamped on the Mark I production cars that soon followed.

Chassis GT/108 was constructed with a steel roadster-specification chassis and is one of only four GT40 Roadsters built this way, as well as the only roadster chassis to continually survive as such. It was completed by FAV in March 1965, having arrived there from chassis builders Abbey Panels, of Coventry, in October 1964, and construction began on November 2. The monocoque was equipped with a Cobra-specification Ford 289 cubic inch motor fitted with Weber carburetors mated to a Colotti T-37 transaxle. In addition to the unconventional roadster coachwork, GT/108’s body displayed several minor differences from prior GT40 prototypes, including a new nose developed by Len Bailey at FAV, and rear-pillar intakes that were higher than the standard beltline scoops.