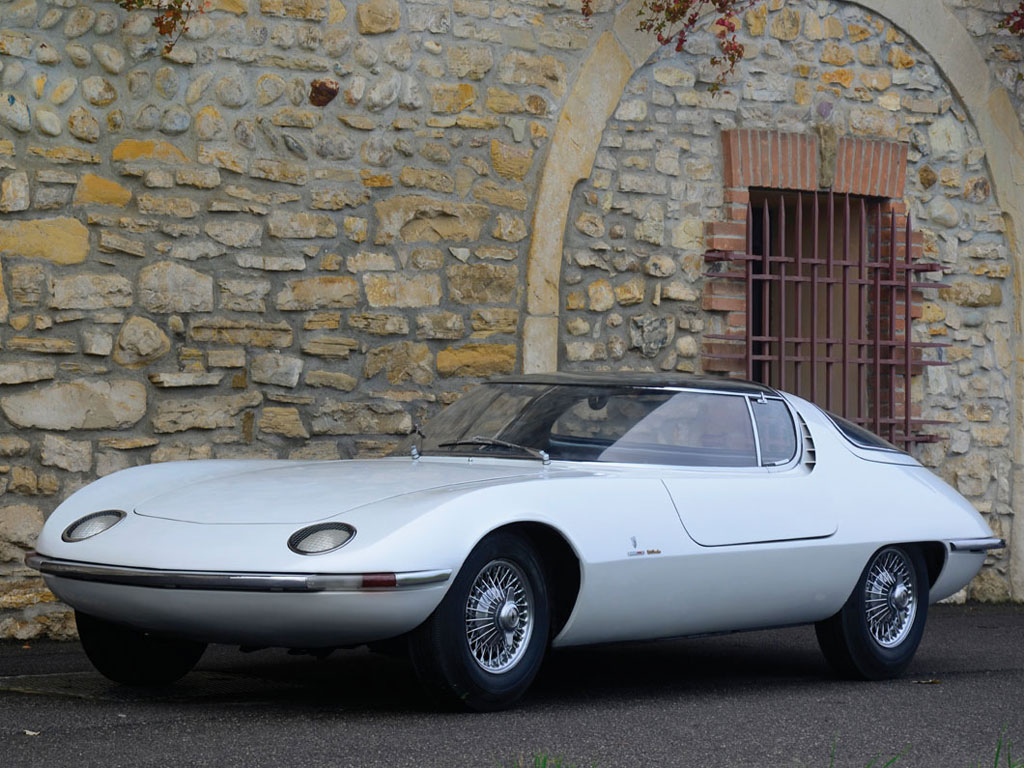 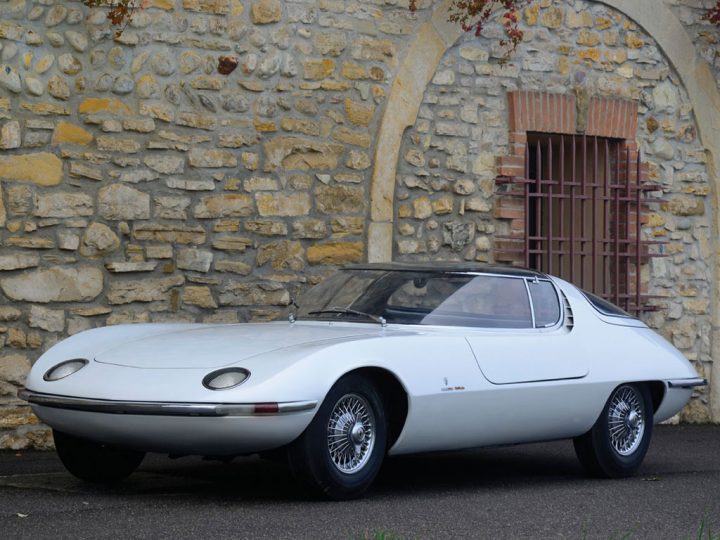 Founded in 1912, Bertone is the oldest surviving Italian coachbuilding company. From its Corso Peschiera works in Turin, the company grew steadily between the wars and acquired a solid reputation for the quality of its craftsmanship and the elegance of the models it offered. Hit by post-Second World War austerity, the concern owed its salvation partly to the American market through a lucrative agreement with Chicago-based importer Stanley “Wacky” Arnolt to deliver special-bodied MG and Bristol sports cars to the US. Soon after, large contract work for Alfa Romeo allowed Bertone to expand drastically. From the mid-1950s onwards, the company gained exposure through a series of striking show cars exhibited at the world’s leading motor shows and has continued that tradition to this day. Of the countless dream cars and one-off prototypes the company has produced over the past six decades, a few stand out for the far-sighted vision they presented and the impact they had on subsequent styling trends. And without a doubt, the Testudo ranks as one of the most influential Bertone concepts to date. 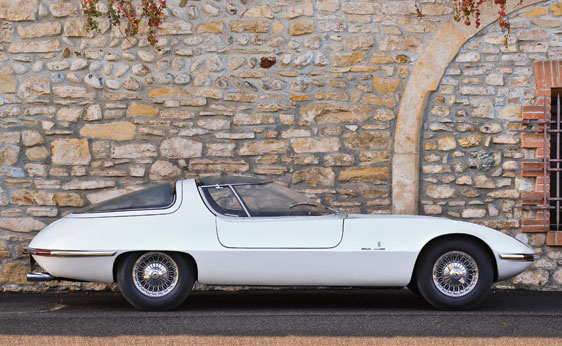 With this show car, Bertone effectively demonstrated the strength it had gained both stylistically and industrially through big manufacturing contracts in the 1950s, and its creation was a signal to the American market. It is believed the Corvair chassis on which the car was based was supplied by General Motors, who also delivered one to Pininfarina that same year. Bill Mitchell was apparently investigating the possibilities of promoting the Corvair in Europe with a locally-styled variant, and there were some exchanges between Bill Mitchell’s Detroit studio and Bertone’s headquarters over the winter of 1962/1963, as the car was under development in parallel with GM’s own Corvair Monza GT and SS dream cars. At Bertone, the man in charge of the styling was a young Giorgetto Giugiaro, who produced one of his career’s seminal works with the Testudo. The Corvair Monza chassis was shortened and strengthened, without any modification to the drivetrain. Pushing out about 81 bhp, the air-cooled six-cylinder boxer engine of the Corvair was hardly a powerhouse, but its weight over the rear axle provided excellent traction and good balance under braking. The earliest photographs of the Testudo show the car still sporting Corvair wheels with white flank tyres, which were however soon replaced by a more flattering set of wire wheels that remain with the car to this day.

The name Testudo – a Latin root for the word turtle, hence the turtle badge adorning the car’s rear – was chosen to symbolise the aesthetic theme. A sharp waistline crease running around the car (extended by the front and rear bumpers) divided the body into a bottom and top half, somewhat reminiscent of a turtle’s shell. In a 1974 interview of Giorgetto Giugiaro by Karl Ludvigsen, recently published in Automobile Quarterly, Volume 49 No. 3, the Maestro commented, “A car had two parts: one part was the side view and the other part was the plan view. In the Testudo, I broke down these two parts. This was my first attempt to avoid having two separate parts but rather to have one part blending into the other. […] That was a car with which I really felt I contributed to car design.” 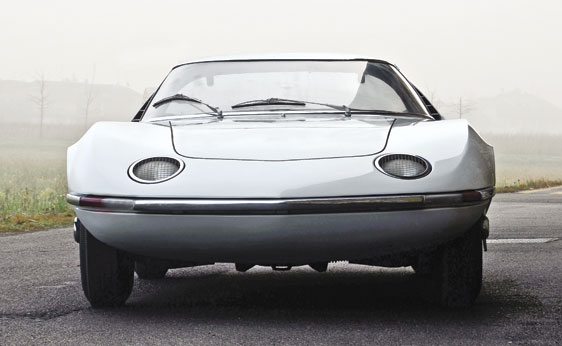 Originally exhibited in metallic silver, the Testudo was soon repainted in pearlescent white, pioneering this type of finish.

The famous pop-up headlights rotated upwards, and a neat touch indicative of Bertone’s attention to detail were the flaps at the base of the fairings which seamlessly filled the opening created in their upright position.

Tail-lights, for the first time in polycarbonate plastics, were unobtrusively integrated in the rear bumpers, thus leaving the bodywork totally uncluttered to leave the shape extremely pure. With no need for an air intake, the front end was particularly smooth and streamlined.

Access to the cockpit was through a forward hinged canopy, a feature it shared with the almost contemporaneous Corvair Monza GT and which would be mimicked by many other American and Japanese concept cars for many years afterwards. The Testudo, however, added a full glass roof to its wraparound windscreen. Inside the cabin, the rectangular steering wheel had more in common with aeronautics than cars. As one would expect, there is great all-around visibility from the driver’s seat, and the view over the crest line of the front wing is quite sublime. The steering wheel has black handles on both sides of the thin chromed rim. Instruments are laid out in an inverted L-shaped cluster with the dials set vertically ahead of the gearstick, leaving the view straight ahead unobstructed. The seat inclination is extreme, to comply with the car’s impossibly low overall height (1,060 mm / 41.7 in). Giugiaro’s period sketches show headrests which were not incorporated on the car, but the driving position is far from uncomfortable even without them.

The car did see some road use in its early life. A special Car Styling issue of 1981 presented an anecdote recounted by Giugiaro himself, about one evening when he used it to go and pick up his new bride, Maria Teresa, from Fiat’s design studios where she worked at the time: “I came across several hundred Fiat employees who were just leaving work when I arrived and it was a shambles. It was more than twenty minutes before I could escape from the car to go and get her. I guess that the men who were so excited over the Testudo all managed to miss their trains and buses. It was rather exciting.”

Famously, Nuccio Bertone drove to Geneva by road in the Testudo. Less known is the fact that Giorgetto Giugiaro drove it back to Turin at the end of the salon. In his Road & Track report on the show, Henry Manney noted that the car had “photographers running from all over.” 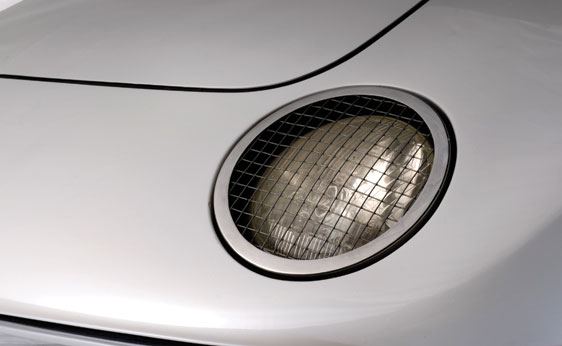 Besides photographers, there is more than a passing chance that the Testudo was the spark that caught Ferruccio Lamborghini’s eye and triggered a long and fruitful association between him and Nuccio Bertone. Besides the clear lineage with later Bertone creations such as the Miura and the Montreal, Porsche design director Anatole Lapine acknowledged his love for the Testudo when he penned the 928 coupé. The influence the one-off Chevrolet had on other designers was enormous, with references to its lines almost too many to list. 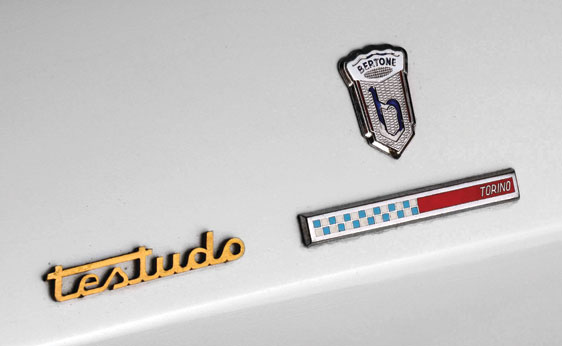 A couple of years after its Geneva debut, the Testudo was damaged whilst shooting a promotional film for Shell. The car suffered from a rear impact when it collided at speed with a second Bertone one-off motor show dream car, the Alfa Romeo Canguro. With so much money invested in the two show cars, accounts of the incident tell, quite understandably, of a positively furious Nuccio Bertone. The Testudo was stored but Nuccio Bertone did not want to spend money repairing it. To understand why the Testudo wasn’t immediately repaired after the crash, we can rely on comments Nuccio Bertone made in later years regarding the cost of building such a car in the first place: “The construction of a prototype involves around 15,000 hours of work, often ‘stolen’ from the normal work of the establishment.” Of the two cars, the Canguro suffered by far the worse damage, being judged beyond repair by Bertone and ending up abandoned in derelict state. 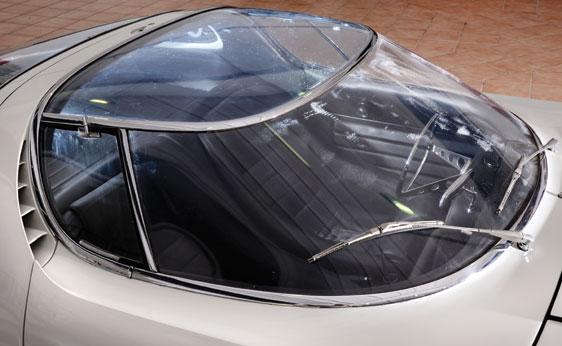 Giugiaro asked to have the Testudo once he left the design house, but to no avail. In 1974, it was offered for sale by Bertone at $10,000US despite its damaged condition. The Testudo was finally brought back from oblivion in the early 1990s when newly hired chief designer Luciano d’Ambrosio supervised a full restoration. The Testudo subsequently made its first public appearance in over 30 years at the 1996 Pebble Beach Concours d’Elegance. In a 1980s interview, Giugiaro acknowledged: “There’s something special and affectionate about what I feel for the Testudo. It was the first prototype with which I had been given a free hand, without restraints, and the end result captured the attention of the entire automobile world.” Nearly five decades on, the impact this truly seminal dream car had on car design is still apparent. 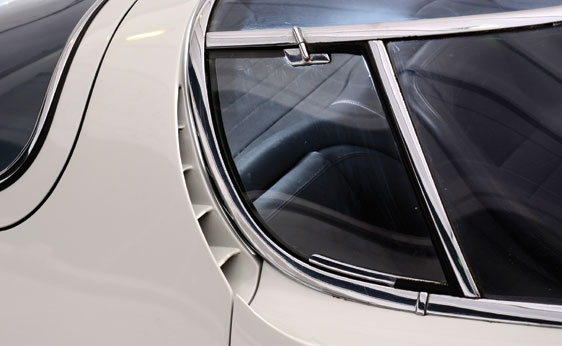 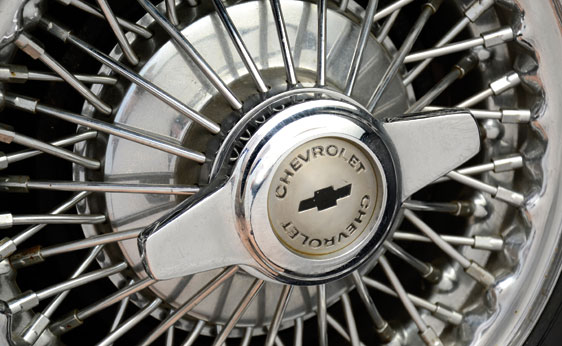 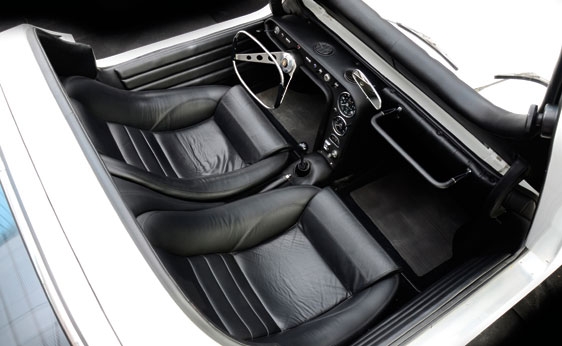 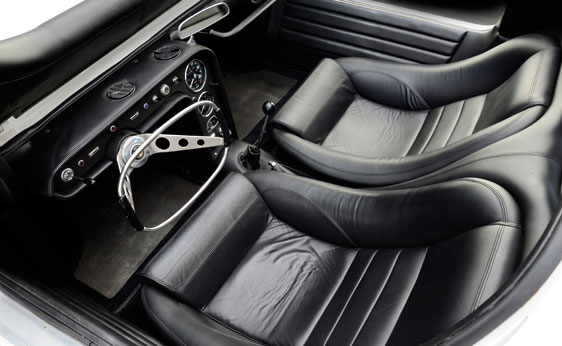 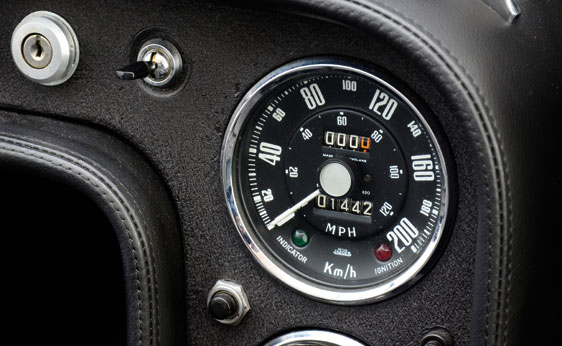 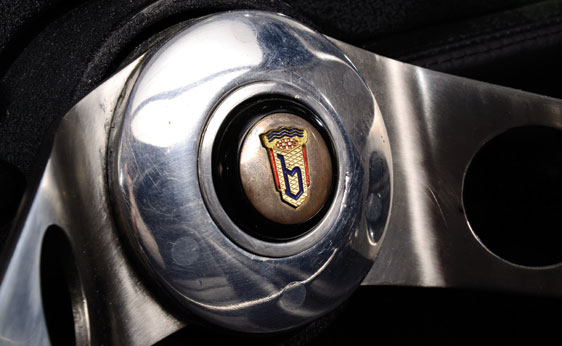 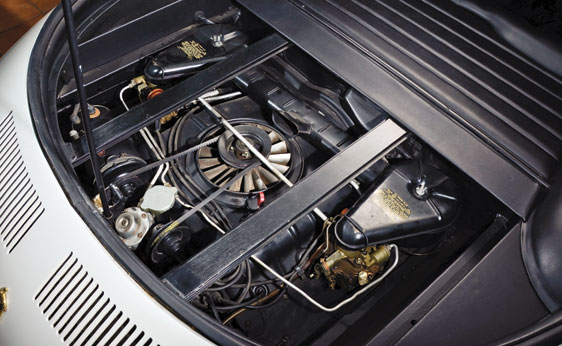