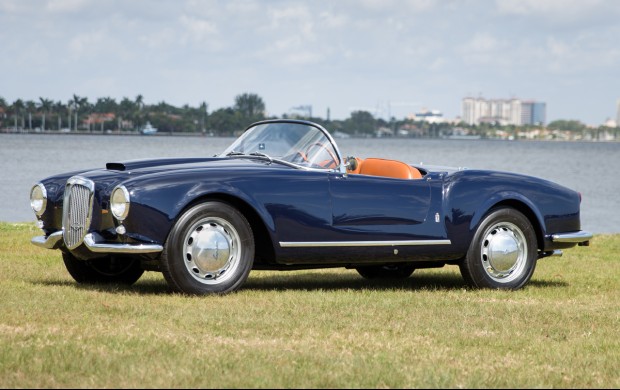 In January 1955, Lancia debuted a two-seat roadster version of its competition-proven B20 GT that rode on a shorter chassis and was equipped with mechanical elements from the highly developed fourth-generation Aurelia. Featuring four-wheel independent suspension, inboard rear brakes, and the Aurelia’s groundbreaking aluminum V-6 engine, the B24S was clothed in voluptuous open coachwork by Pinin Farina with dropdown doors, pronounced fender curves, and a one-piece wraparound windscreen. Just 240 examples of the Spider America were ultimately built, with just 181 specified with left-hand drive. Now the Spider America is one of the most collectable of the 1950s Italian roadsters, as beautiful and mechanically advanced as any of its time. 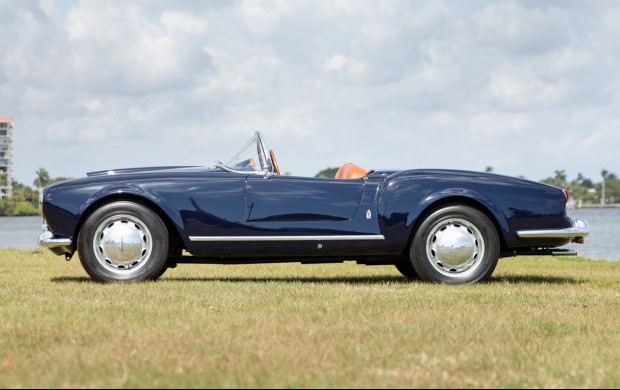 Chassis no. B24S 1077 claims highly desirable appointments, ownership by esteemed collectors, and a 2012 restoration that has been fine-tuned by the respected Paul Russell and Company. This Spider America was initially sold to Luigi Bosisio, a Milan-based privateer who campaigned a number of impressive sports cars during the 1950s, including a Lancia Aurelia GT, a Ferrari 166 MM, a Fiat Otto Vu, and a Maserati A6GCS. Mr. Bosisio kept the Spider America only briefly before selling it to Roberto Longhi, the next in a succession of Italian owners that culminated with Gianni Savoia of Verona, who retained the Lancia for 20 years. 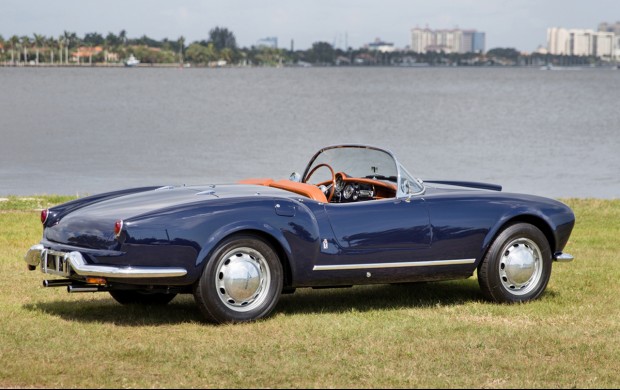 In 1985, the fetching Aurelia was acquired by Jean Sage, a renowned former racing driver and team manager. A sports car and Formula 3 competitor during the early 1960s, Sage became a co-founder of the Swiss team Ecurie Elf a decade later before being recruited to run Renault’s F1 program in 1977. Sage was instrumental in the team’s 15 victories through 1985, as well as Renault’s trailblazing use of turbo technology. He also evolved into a serious collector, and in 1995 he commissioned a complete restoration of the Spider America. 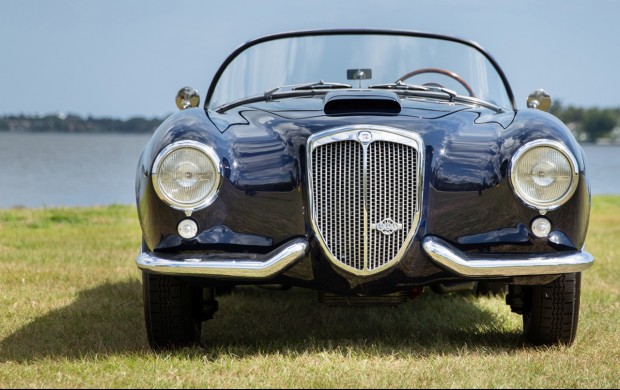 In early 1998, the Lancia was purchased by a German enthusiast, who in turn sold it to a Spanish artist in 2006. Discovered in mid-2011 by a Florida-based collector, the car was imported to the US and treated to a 2012 cosmetic refurbishment by CB Restorations in Massachusetts, documented by copious invoices and photographs. 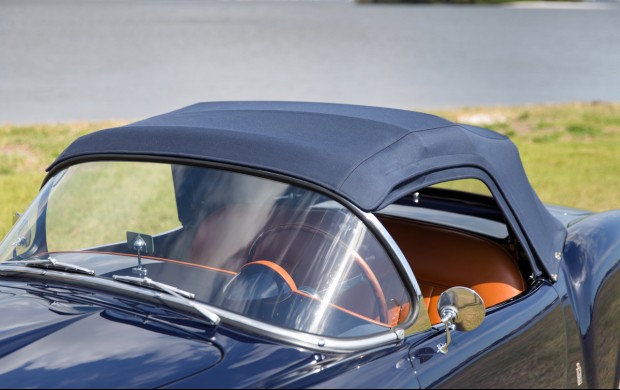 In January 2014, the sensational Spider America was acquired by a discerning collector also based in Florida. The car was immediately shipped to the award-winning Paul Russell and Company in Massachusetts for a full inspection, and several aspects of the interior were addressed, with Russell’s renowned technicians meticulously crafting a potential show-winner. Sumptuous new leather in the color of Sierra Autumn was sourced, and the seats were entirely removed and reconditioned, including the proper refinishing of the seat frames and cushions. The same leather was used to reupholster the painted dashboard and door panels, resulting in a particularly striking color scheme. A correct radio and speaker were also installed. 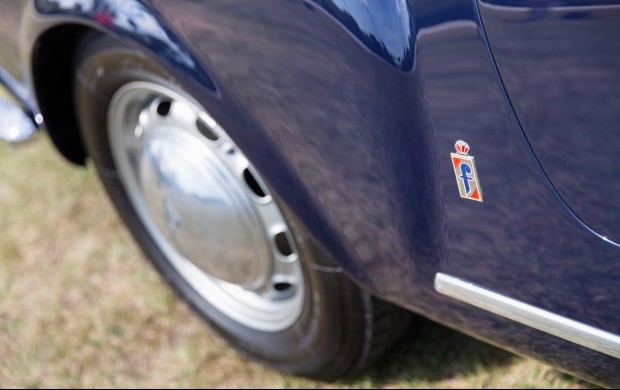 Paul Russell and Company thoroughly evaluated the brakes and suspension, replacing numerous bearings and seals, and rebuilding parts of the clutch and transaxle. The soft top was refitted with new fabric, and the undercarriage, engine bay, and exterior were detailed. Several road tests and rounds of tuning were then conducted to ensure optimal driving performance. Completed in June 2014, this work totaled more than $88,000, and invoices for the project are included in an extensive file of documentation that also features a FIVA card, a reproduction owner’s manual, and an ownership history penned in conjunction with Ferrari historian Antoine Prunet. 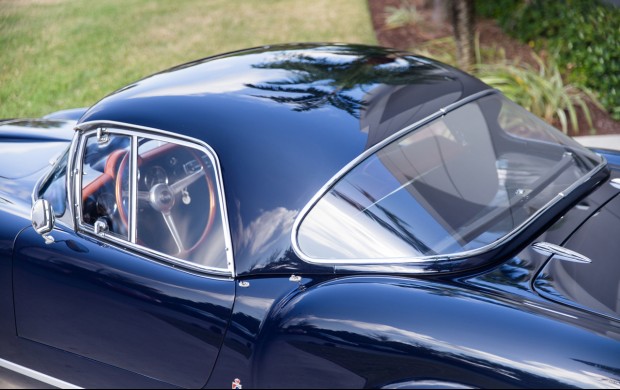 This outstanding Lancia is fitted with the rare high-performance Nardi kit, which is believed to be original to the car. Also accompanied by a matching Fontana hardtop in the identical shade of midnight blue used on the car’s exterior, this breathtaking Spider America offers its next caretaker the ultimate expression of 1950s Italian open motoring, and is a worthy peer to the day’s finest Ferrari Barchettas or Siata Spiders. With its early build date and mechanical fortitude, this outstanding B24S would be ideal for major vintage driving events and should be warmly welcomed at premium concours d’elegance. 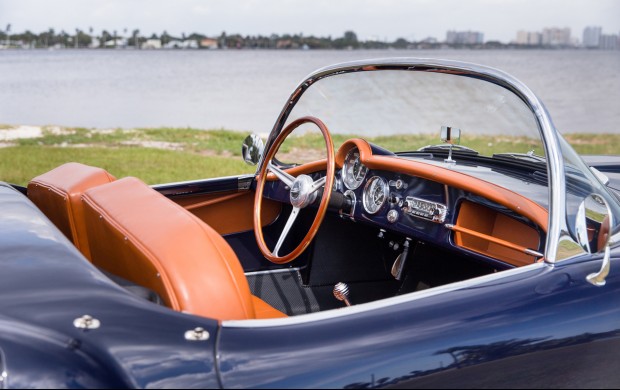 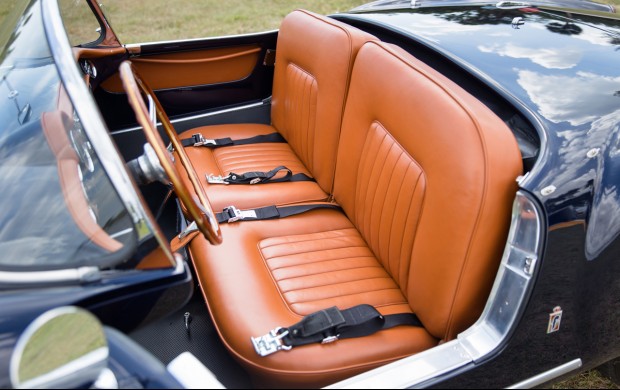 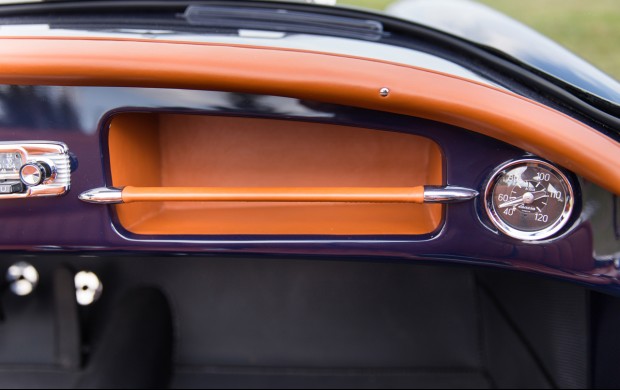 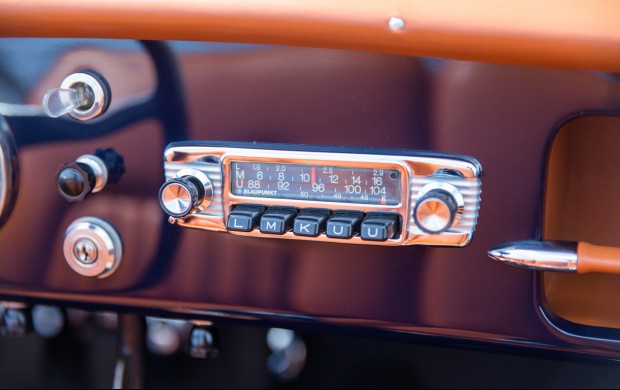 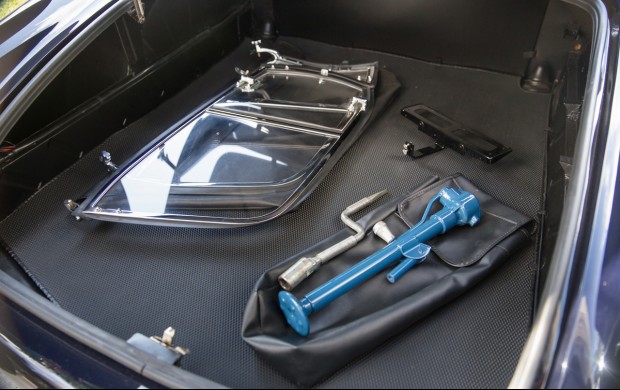 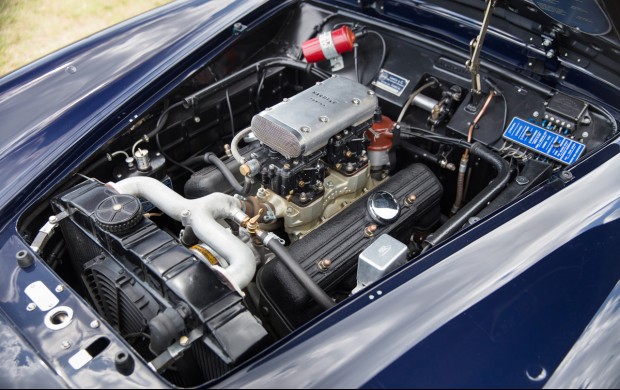 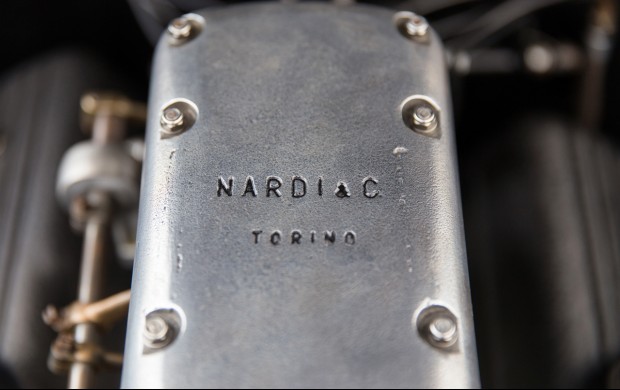 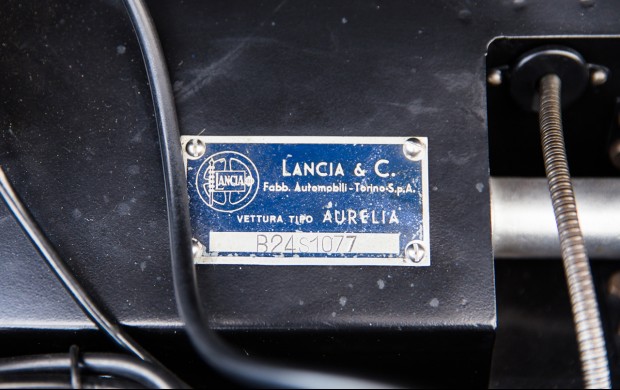