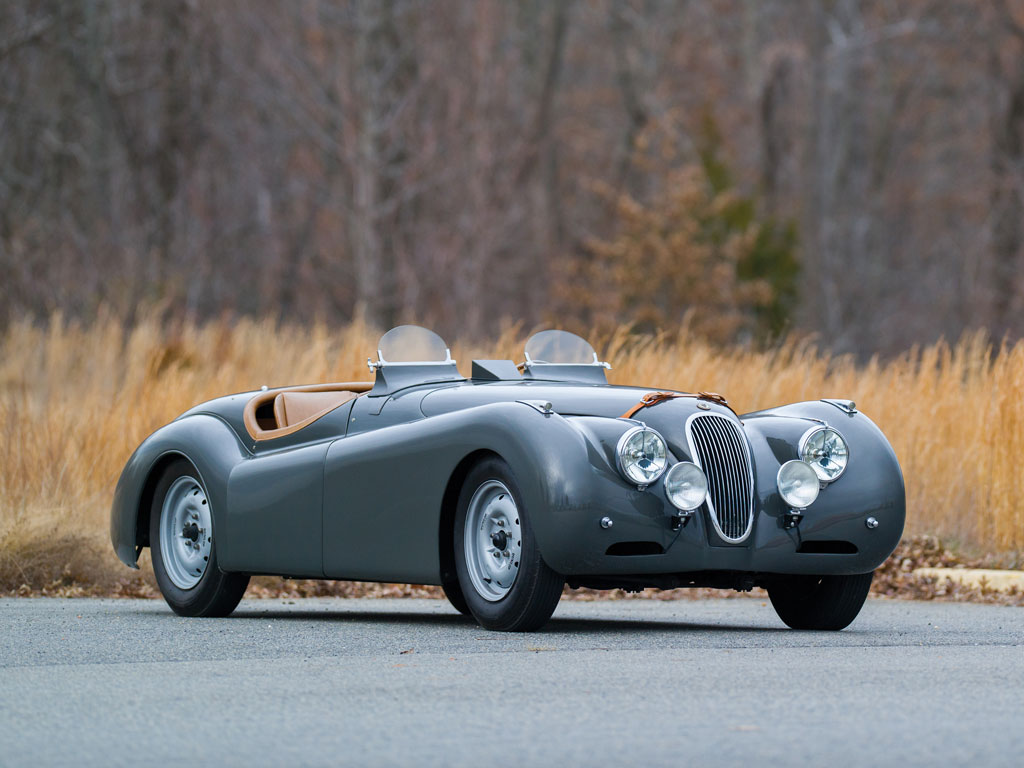 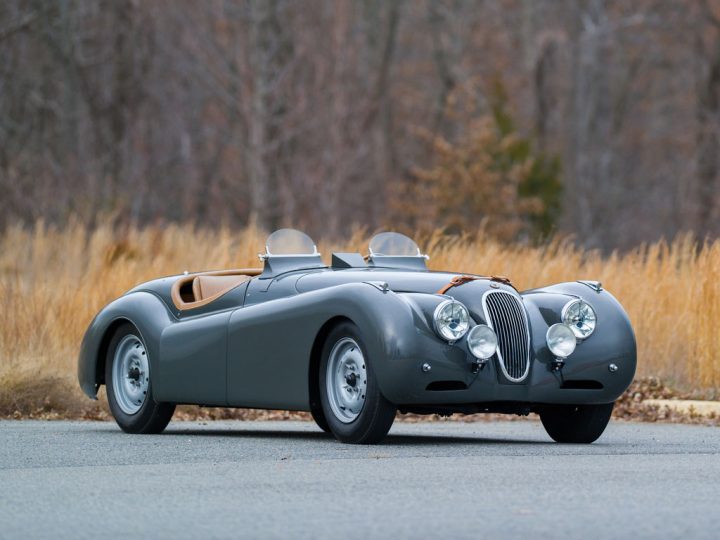 As the story goes, when the XK120 made its debut at the Earls Court Motor Show in 1948, it created nothing short of a sensation in the automotive world. Initially, the cars were constructed of light alloy and then they were switched to conventional pressed steel, but the superb styling remained a constant. Production of all-steel bodies wouldn’t begin until May 1950. At the close of production in 1954, a total of 12,055 XK120 roadsters, coupes, and drophead coupes were produced, including just 242 hand-built alloy roadsters at the start of production. 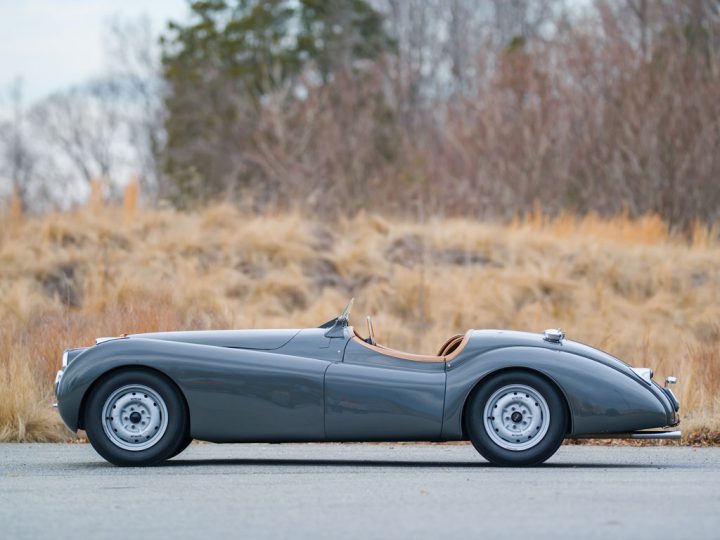 Chassis 670025 was completed on November 9, 1949, and finished in black over a red leather interior. It is the 25th left-hand-drive example to have been completed by Jaguar, and of the 242 alloy-bodied cars, about 180 were produced with left-hand drive. This car was delivered to its first owner through well-known U.S. distributor Max Hoffman in New York City, and it was immediately put to use as a race car by its first owner. It is believed that during this time, the car’s chassis was replaced by a later one from a 1953 Fixed Head Coupe, chassis number 679902, for improved rigidity on the track. Sometime thereafter, Paul Peattie and Ali Lugo de Armis, well-known East Coast racers and vintage sport car collectors, jointly owned the Jaguar for many years. In April, 2000, it was acquired by Rob Mooney, who continued to race the XK120 competitively in vintage events at Lime Rock and the Louden Raceway in New Hampshire. He subsequently sold the Jaguar to noted New York architect Steven Harris in November 2007. 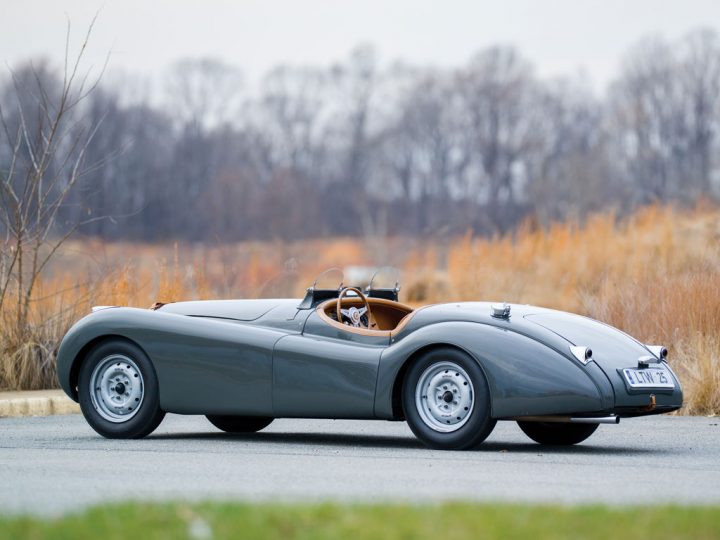 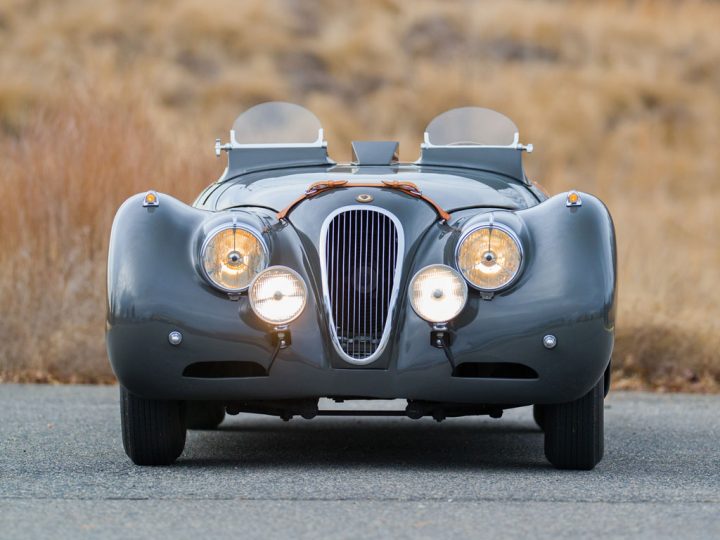 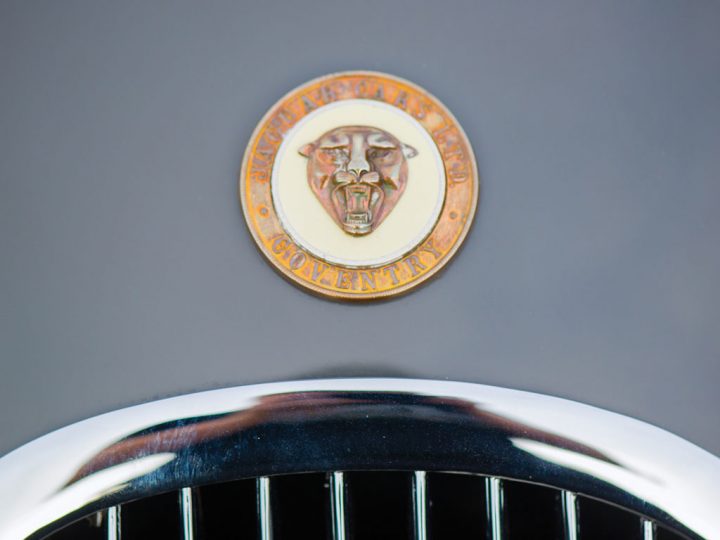 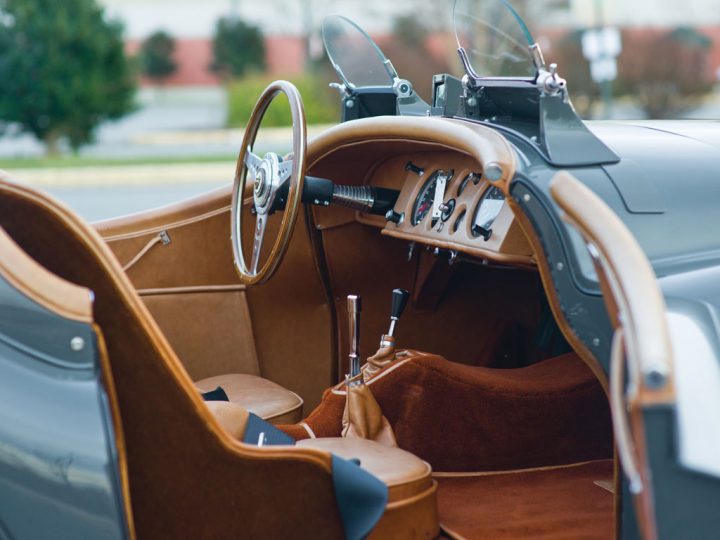 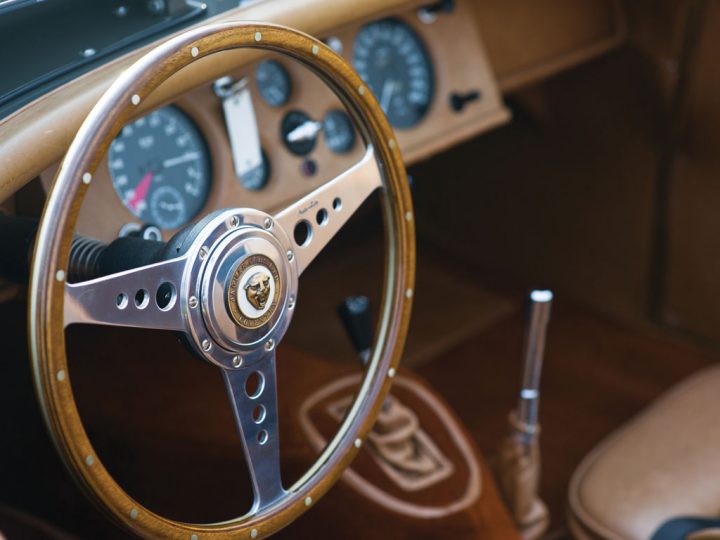 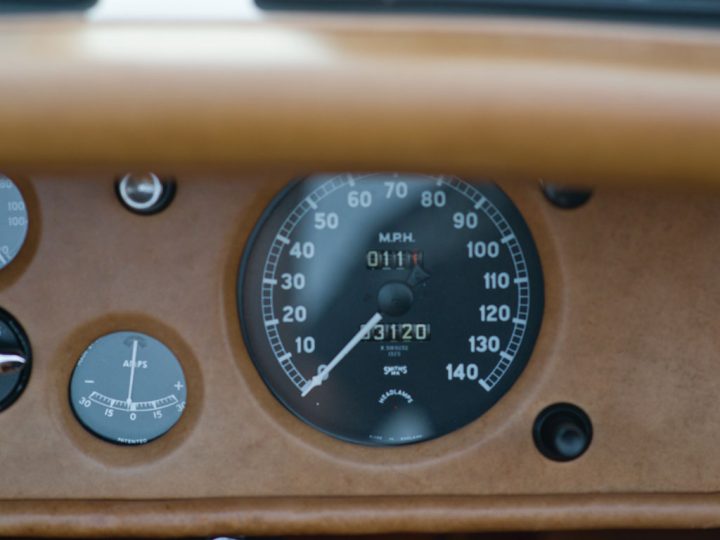 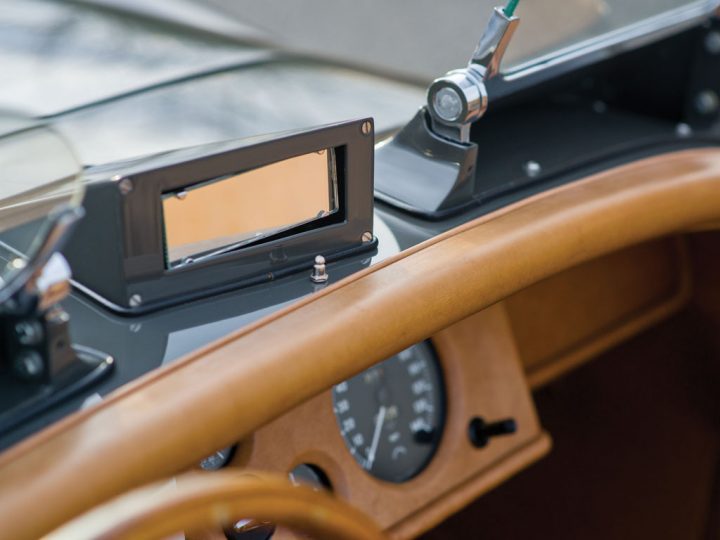 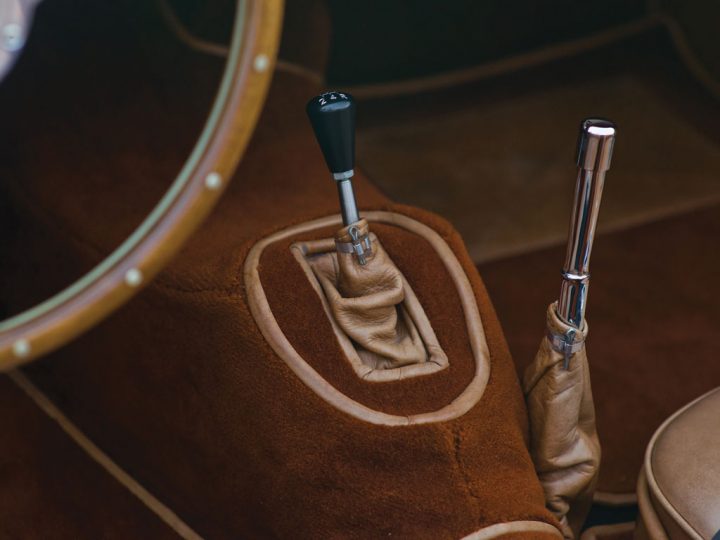 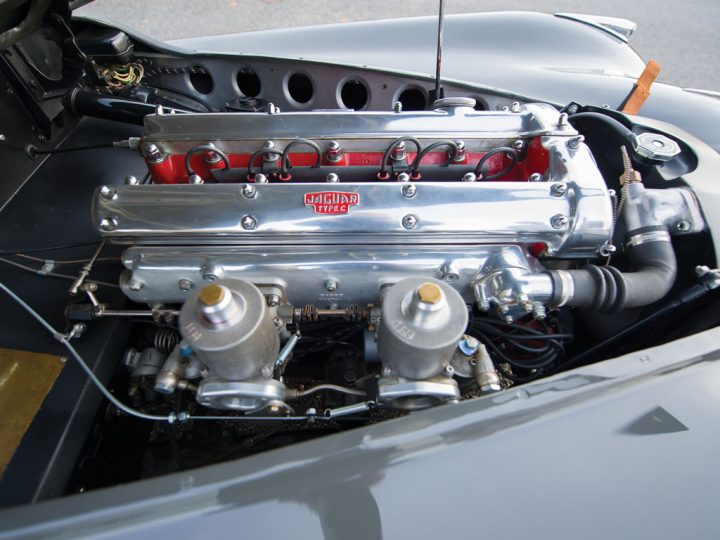 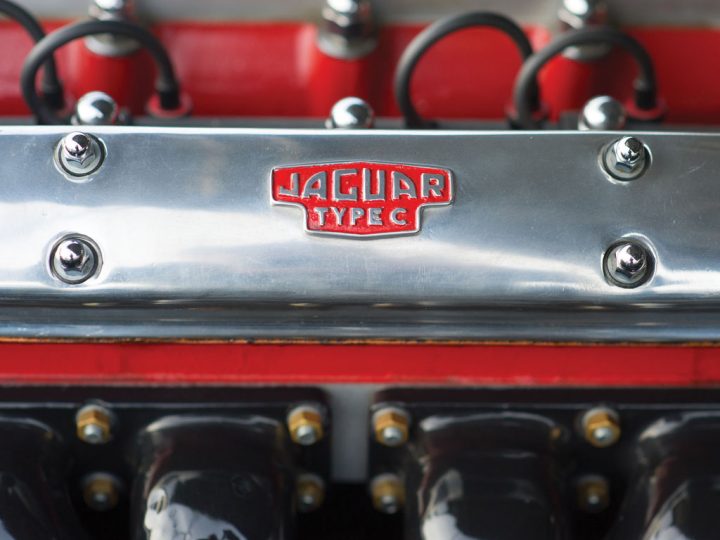 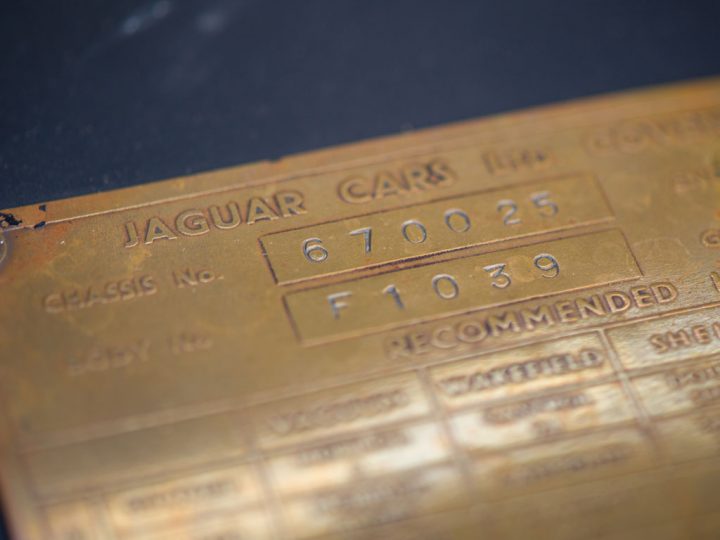 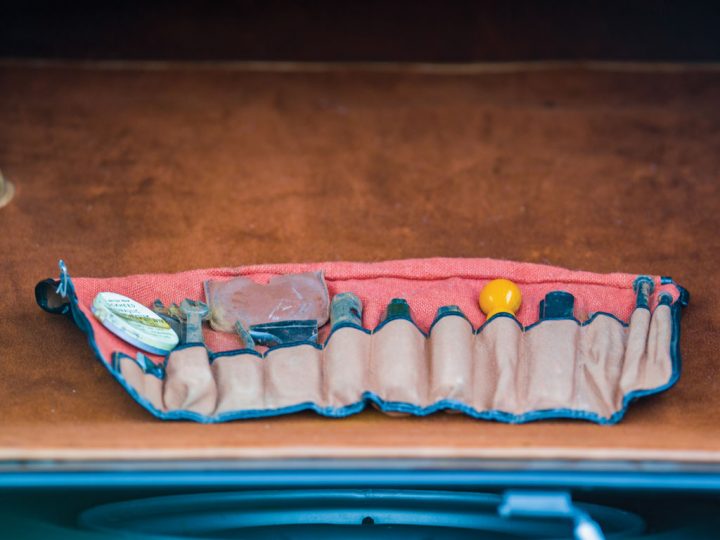