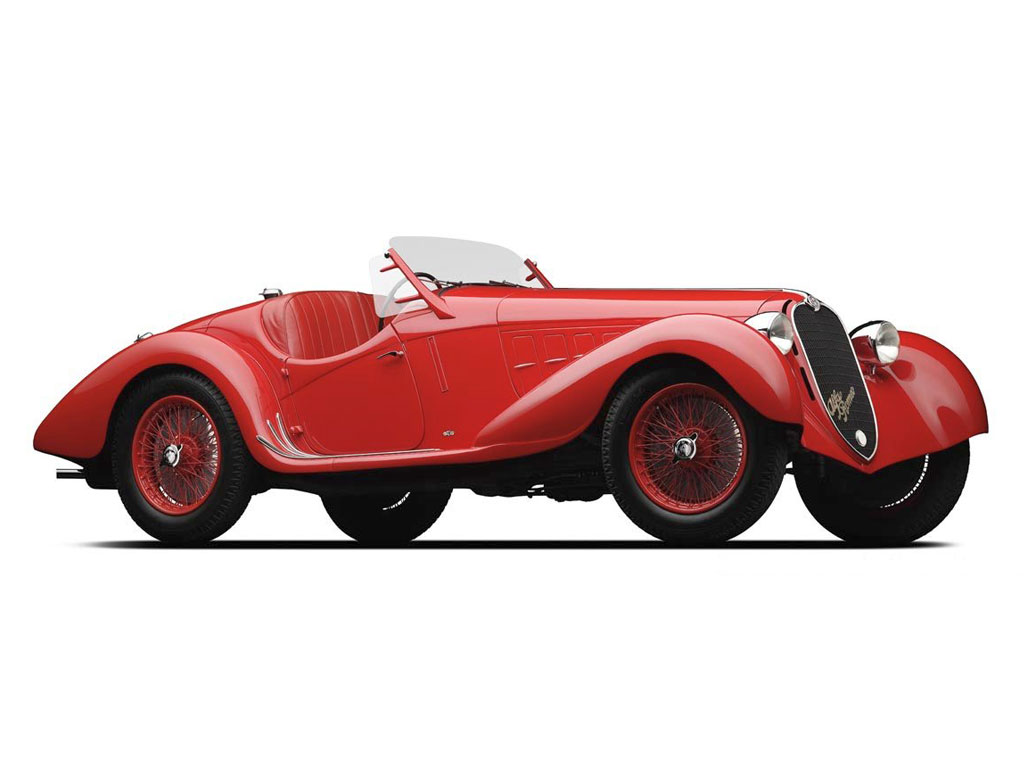 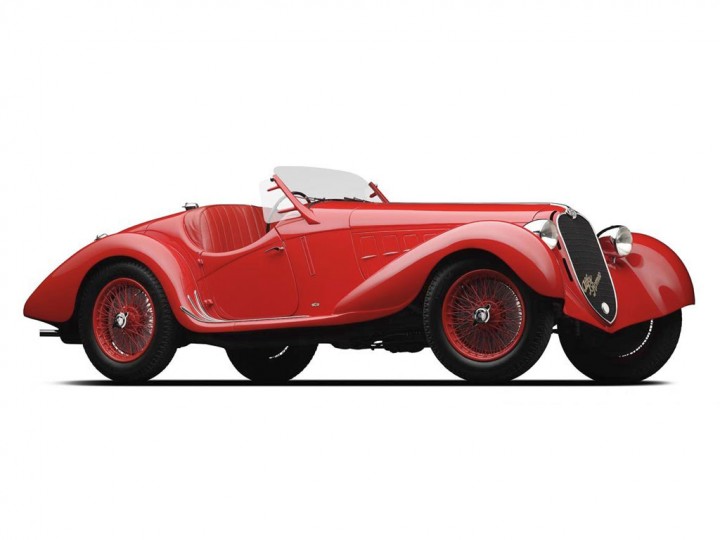 Clearly, the most advanced sports car of the last half of the 1930s was the Alfa Romeo 8C 2900. With double overhead cams and valves, two superchargers, a transaxle, independent four-wheel suspension adjustable from the seat, and a magnificent styling, automotive experts believe that these cars could not be beaten on the track or on the road. the engine was evolved from the Tipo B grand prix as a pure racing motor. In sports car form, these chasses won the Mille Miglia four times, the Spa 24 Hours twice, and numerous other events. 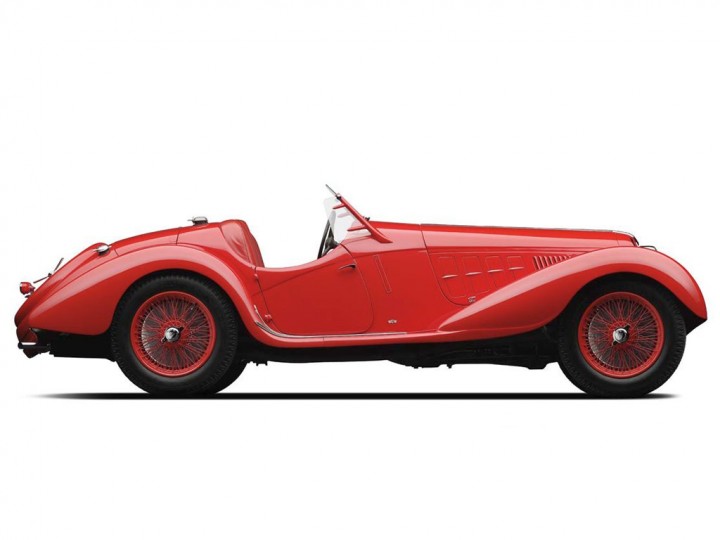 In 1938 a 2.9 berlinetta led the Le Mans race until an unfortunate blowout prevented it from finishing. Known for both its top speed, efficiency, cornering ability, and overall endurance, they were made for long distance racing. Many of them, such as our 2900A, were converted from grand prix into sports cars when the racing philosophies changed. Only a handful of these cars were built, in various forms, virtually all graced with beautiful bodies usually in roadster configuration. Today they remain the most highly prized pre-war sports car. Their features and successes are beyond enumeration here. The reader is referred to the car-by-car account in Simon Moore’s classic The Immortal 2.9’s. 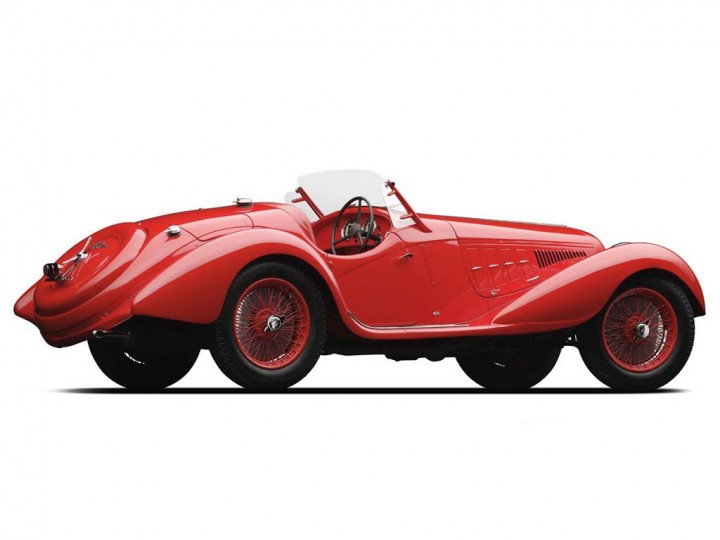 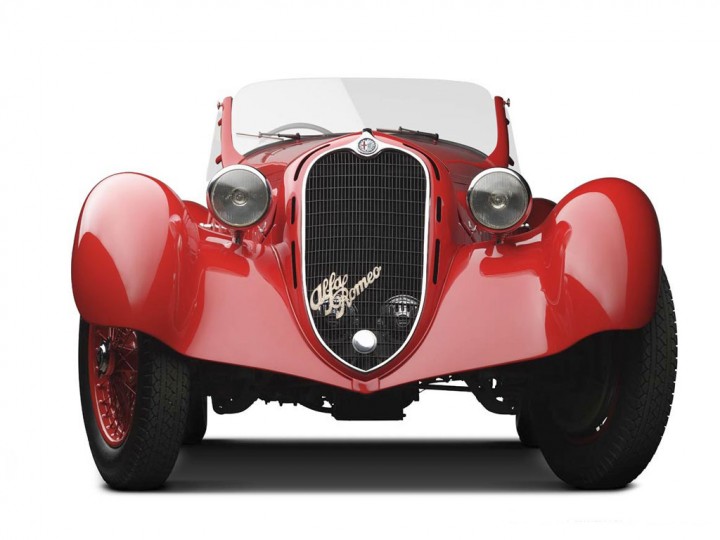 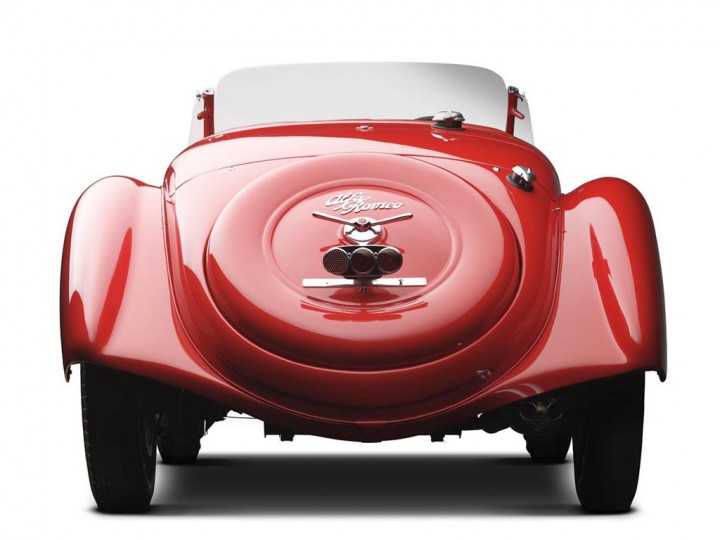 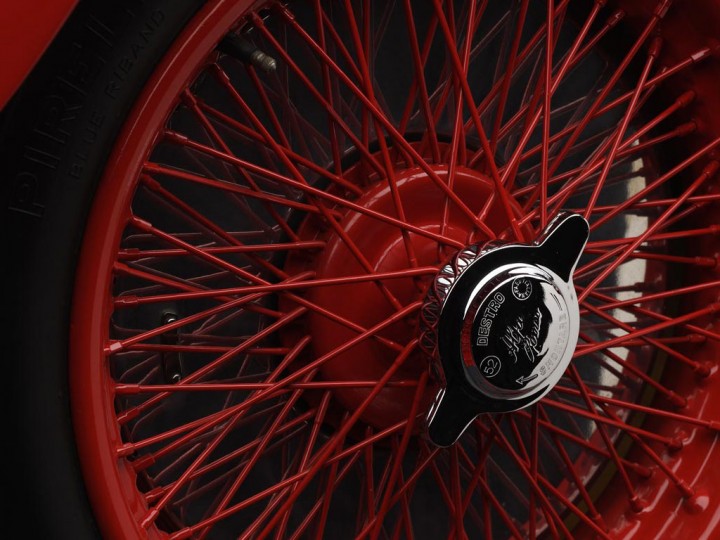 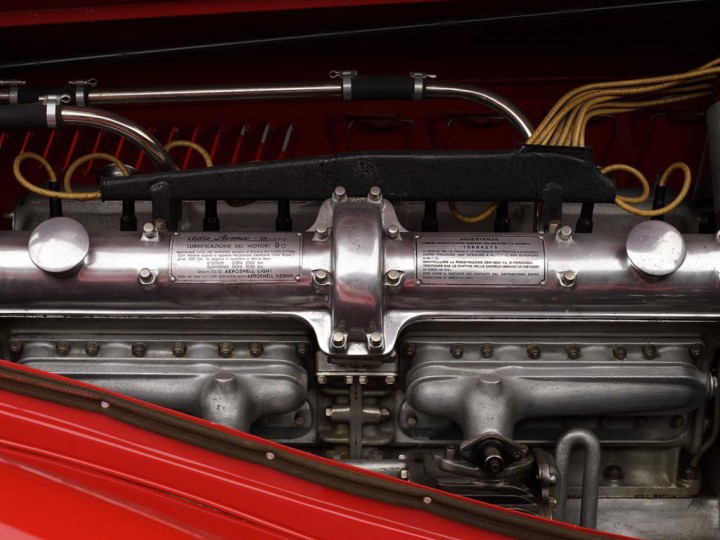 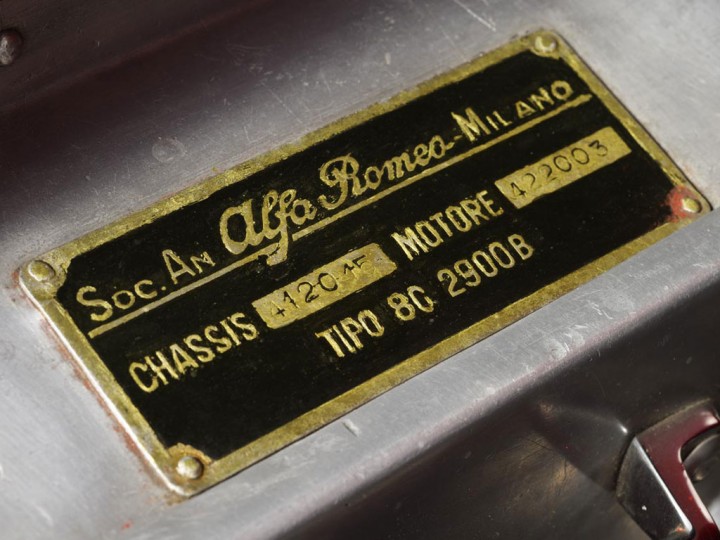